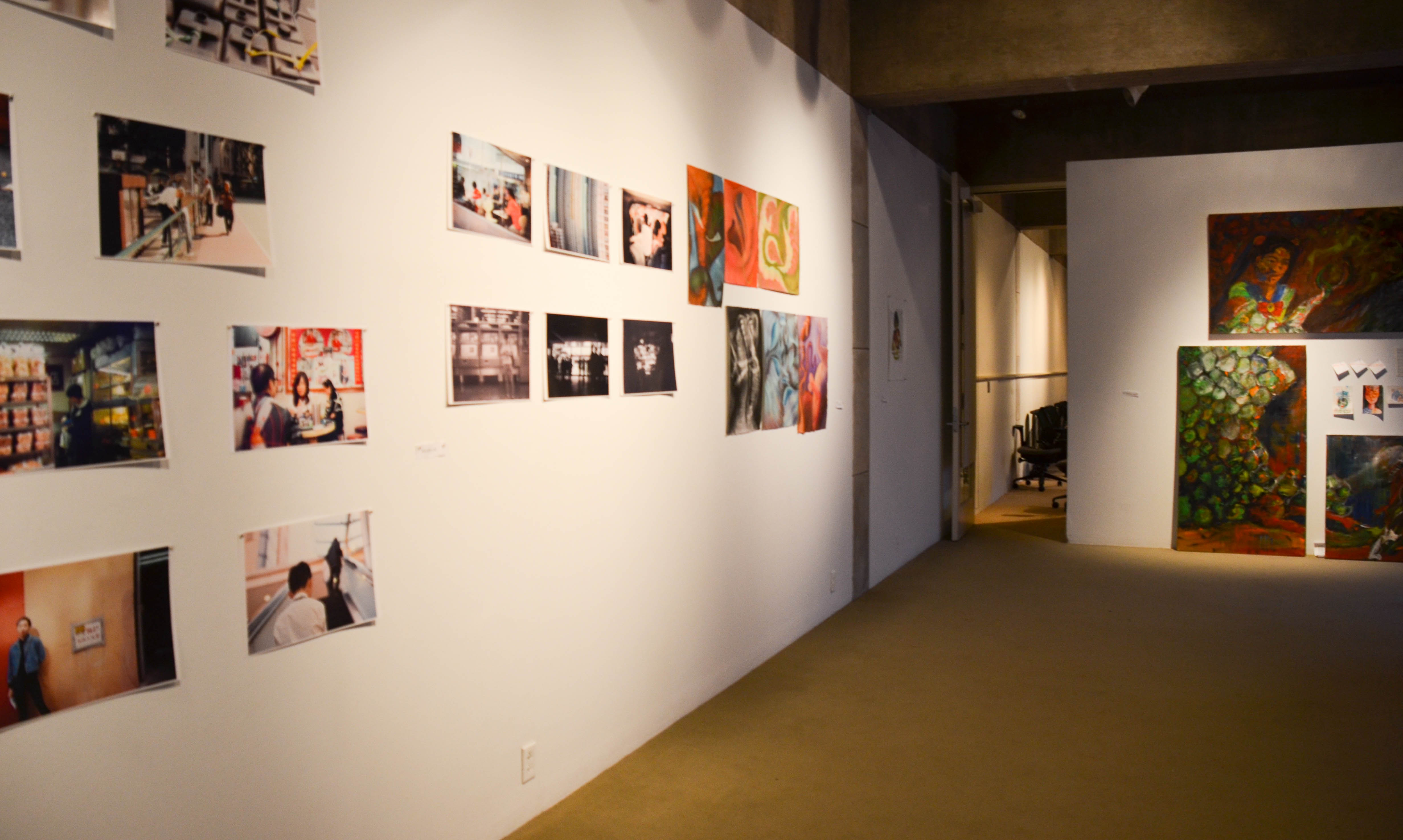 “Can we exist without being a statement?” reads a question printed on a sign posted at the entrance of the University’s recent Queer Asian Art Show.

This inquiry looms large in the minds of many minorities and is one that the show’s featured artists sought to address. The exhibition, which opened on March 1 and remained on display through March 5, was organized by Mina Khan ’20 with help from CFA program coordinator Ariana Molokwu and gallery supervisor Aidan Earle. As the name suggests, the show featured works by several queer Asian students at the University. But rather than centering on the artists’ minority identities, or on any other common theme, it covered a wide variety of topics and genres. In other words, it was an exhibition by queer Asians, but not about queer Asians. At first glance, this lack of a cohesive central topic might feel disorienting to viewers, but it also makes a powerful point: art by marginalized people does not need to focus on their marginalization to have value.

“I started this exhibition as a result of a lack of visibility,” Khan told The Argus, explaining the show’s theme—or lack of one—further. “In my experience as a queer person of color, I have had to choose a side. I am either queer or a person of color. There is also an idea that Asian students are a cishet collective who care more about academics and career mobility than social justice. To my understanding, this is due to the model minority myth, which creates an image of Asians as ideal—as in, we are invisible. Invisibility is not messing with the social order. Therefore, Asians are not queer, creative, or outgoing. We are quiet and academically driven. An Asian person is not given an individual identity. When one strays, however, their identity becomes a rebellion from the social norms and therefore, a statement. As stated in the description of the show, it is not our job to be an ethnic study or queer theory…. This is why we did not have a uniform theme.”

Along with organizing the show, Khan also had a work on display—a poem called “Late State Formation,” which addresses themes of sovereignty, freedom, and hope on both a political and an individual scale.

“It is hard to separate soil from one’s trauma/from the drool with which you have watered a land,” reads the poem.

“It was inspired by my government courses.” Khan said about “Late State Formation,” which has been awarded the University’s Sophie and Anne Reed Prize for poetry. “I wrote it at a very happy point in my life. Freshman year was difficult due to depression and sexual assault, but this poem signifies my coming out of that bleakness.”

Justina Yam ’19, who had a series of photographs of her native Hong Kong on display, also discussed her experiences participating in the show with The Argus.

“At first I felt a lot of pressure to make something explicitly political, something that would make up for all the lack of queer Asian representation,” Yam said. “After talking to Mina, I liked the idea that the point of the show was not to make art about queerness, but rather for queer people to have the freedom to make art about anything. Most of [my photos] were just me wandering around my home city, Hong Kong, with friends and family. I love shooting Hong Kong because it’s my home, and because it’s such a distinct and special place (in terms of physicality, landscape, people, and culture)…a lot of these photos are pretty intimate, and they’re not like what someone from the west would picture Hong Kong to necessarily be (I’m thinking of the stereotypical skyline, mass of people, [and] neon lights)…I don’t know if people get the same nostalgic, emotional feeling I do whenever I look at my photos, but for me, that’s the real reason why I love to shoot.”

In addition to Khan and Yam’s work, the exhibition featured a number of other mediums, which included drawings, paintings, and a video installation. The beauty and variety of these works speaks to the diversity and talent of Wesleyan’s student artists.

“I created this exhibition…to dispel the idea that we are all the same,” Khan said.