“How I Learned to Drive” Complicates Narratives of Abuse 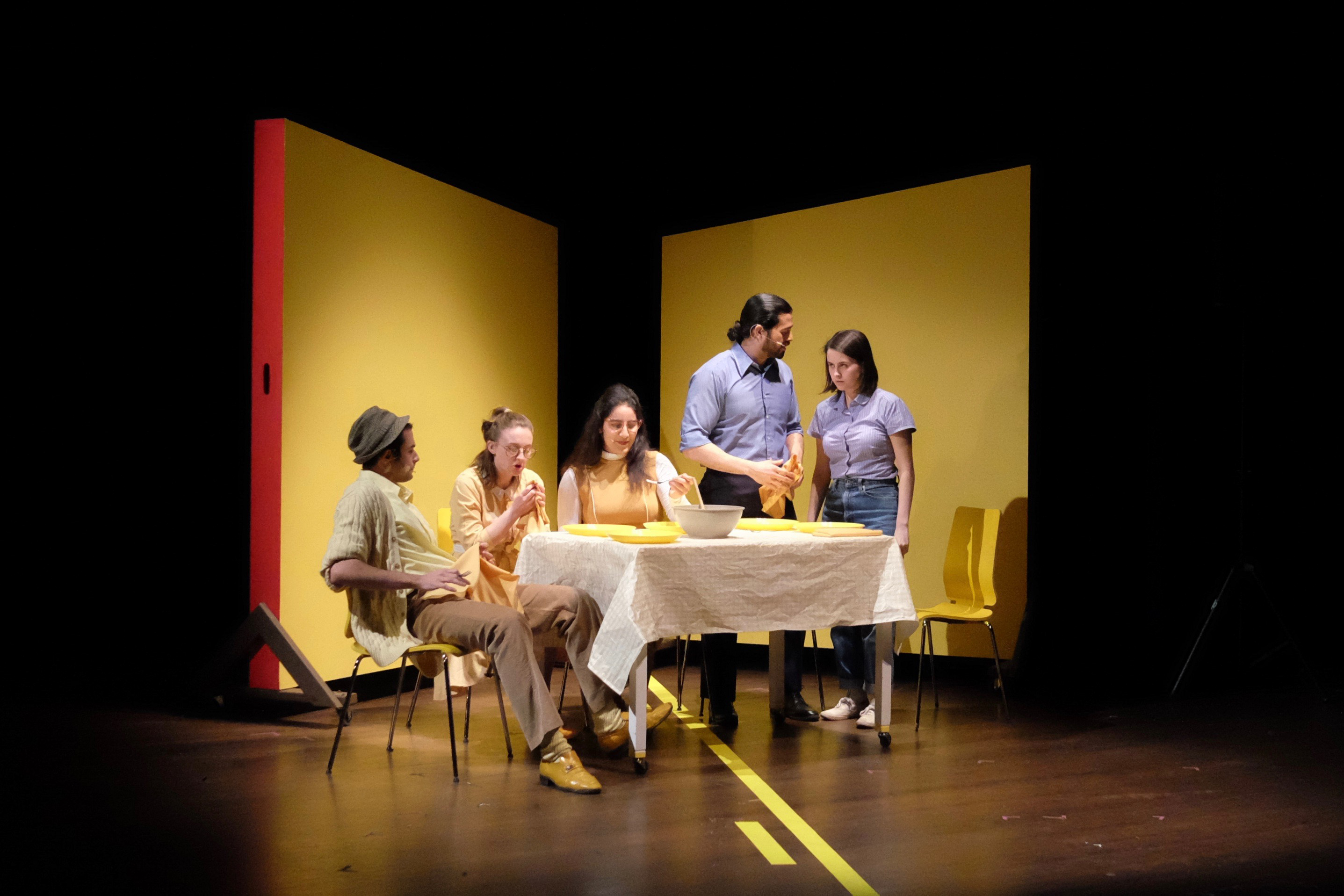 Paula Vogel’s “How I Learned to Drive” recounts the story of Li’l Bit (Gracie Garcia ’19) and her Uncle Peck (Daní Rodriguez ’20)—an abusive, coercive, yet extraordinarily tender, presence in her life. The play touches on the overlooked nuances that can come in the package of abuse, and how sometimes abuse can look an awful lot like love. Its storyline is thorny, confusing, upsetting, and at times laugh-out-loud funny. And yet, above all, it refuses easy answers. A directing thesis by Emma Pasarow ’18, the play masterfully conveys the heavy subject matter through a gradient of emotional registers that can only be likened to shifting gears on the road.

The first thing audiences will likely notice is that they are no longer in 2018. The artful use of monochrome in the set and costume design alone is enough to signal this, along with ’60s musical staples like The Beatles’ “Twist and Shout” playing in the background of scenes.

Li’l Bit and Uncle Peck appear on stage first, both dressed in blue and soon thrown into contrast against the yellow outfits of the ensemble, whose members constantly shifted roles, stepping in as servers, classmates, and other extras. The dishes and the movable walls are the same shade of pop-y yellow. Throughout the play, color continues to separate Li’l Bit and Uncle Peck from the rest of the cast and the world around them while creating the recognizable backdrop of a mythologized American mid-century.

The strong set design choices throughout—in particular, a red room with a red rug and a red toy sports car on a red shelf—serve as the setting for a particularly tough scene, in which Uncle Peck takes a series of photos of Li’l Bit, with cringe-y, sexual undertones. The design draws on the familiar cultural lexicon of a monochromatic, hunky-dory mid-twentieth century America, yanking the viewer into a period piece that feels at once familiar and surreal. Costume Designer Dominoe Jones ’19, Scenic Designer Jejomar Ysit ’19, and Props Designer Tekla Monson ’18 are to thank for constructing this world.

In addition, Sound Designer Becket Cerny ’19 provides accompaniment on drums throughout. The isolated drums sometimes serve as a jumpy, hi-hat-heavy rhythm for actors to engage with during more comedic scenes. At other times the beats assume a sinister tom-and-kick line to emphasize a darker, more solemn moment. Sometimes dialogue alternates with Cerny’s drum hits. At one point, Max Cembalest ’18, playing a waiter, serves Cerny a drink behind the drum set.

The strange postmodern landscape of the play provides entry into the genius of Pasarow’s interpretation. Going up as it is in the #MeToo moment, it would be easy to try to modernize the show, make readers think of 2018 while watching a show set in the ’60s and ’70s. But Pasarow’s production takes an opposite approach, leaning hard into the period and reminding us of something important: #MeToo is not just a moment. The same systems, abuses of power, and attitudes toward survivors that are now being discussed openly existed behind the scenes throughout the twentieth century. Through set design choices, Pasarow calls to mind an idealized time, the hypothetical “Great America” to which some wish to return, reminding us, through harshly contrasting subject matter, that the problems revealed by #MeToo are nothing new in America. 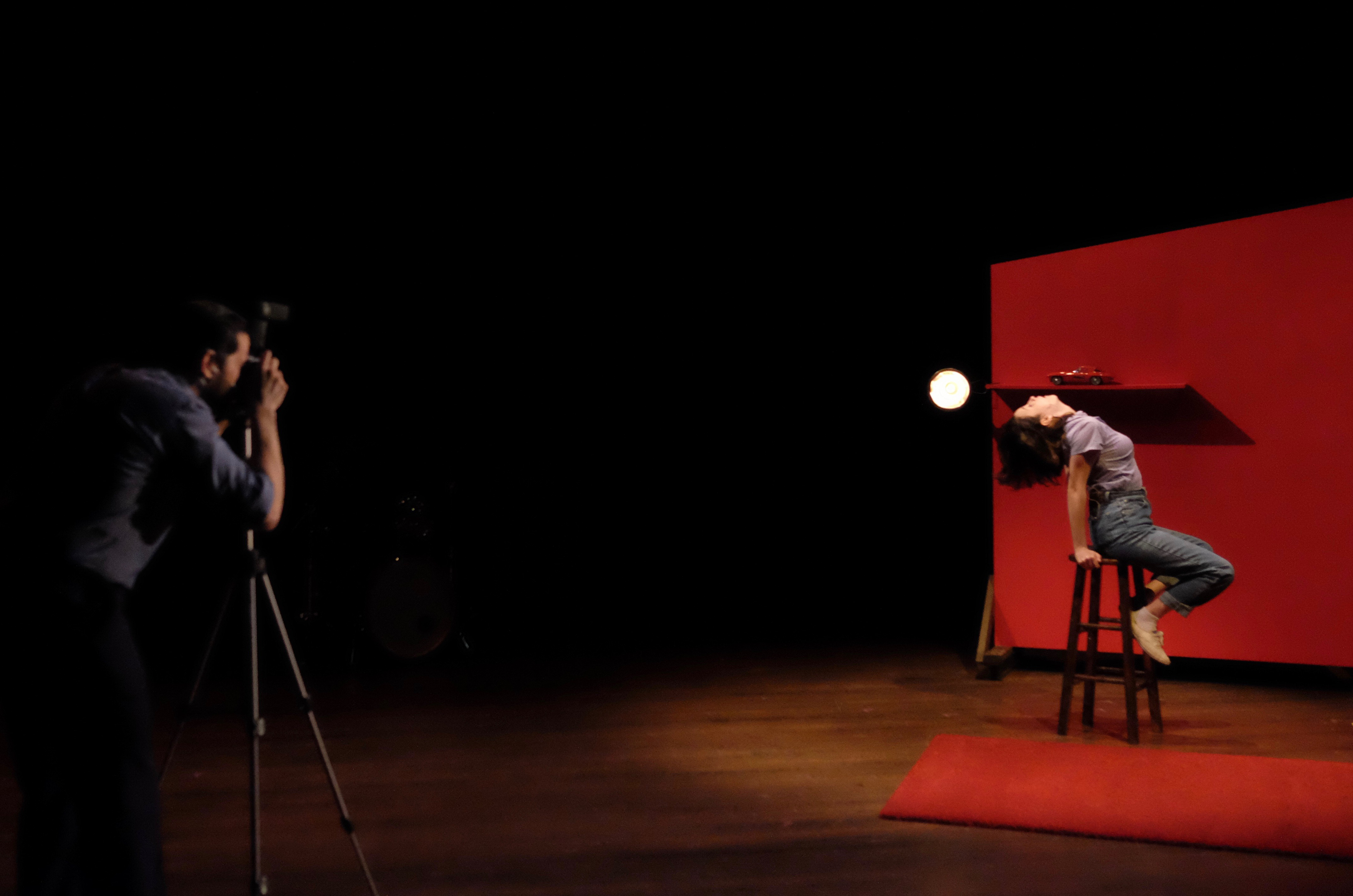 Also essential in creating this powerful production is, of course, the talented cast. Garcia as Li’l Bit masterfully jumps between ages, exhibiting great control of manner and emotion to reflect stages of her character’s development. Opposite her, Rodriguez gives us a sinisterly likable Uncle Peck, capturing the dangerously understated face that abuse often takes. And of course, the ensemble cast does a wonderful job of filling out the production. Alex O’Shea ’19’s abrasive grandmother, Cembalest’s stiff teenager, and Leila Kashani-Sabet ’21’s heart-wrenchingly apologetic aunt are particular standouts.

It is through these actors that we get the true pathos of Vogel’s script. Uncle Peck does not fit the typical trope of an abuser. He is not overtly violent, and at times he tells Li’l Bit he will not do anything without her permission. He does not drink during the period of abuse. His character, as well as Rodriguez’s performance, at times, almost makes us, the audience, forget that he is an abuser, to say nothing of Li’l Bit, the girl he has been grooming for sex since childhood. It is this that makes his abuse so upsetting. He is able to get away with it because he wins over or convinces anyone who might stop him. His wife, Li’l Bit’s Aunt Mary—played by Kashani-Sabet—addresses the audience directly in a particularly instructive monologue, admitting knowledge of his actions, excusing and sympathizing with him, and, as is so upsettingly familiar, blaming Li’l Bit.

This is precisely the kind of institutionalization and willful ignorance of abuse that has boiled over in the last year. The production hits home, reminding us of the widespread attitude Li’l Bit’s mother articulates: “If anything happens, I hold you responsible.” At once faithful to its source material and cognizant if its era, Pasarow’s production is self-reflexive and tremendously relevant.