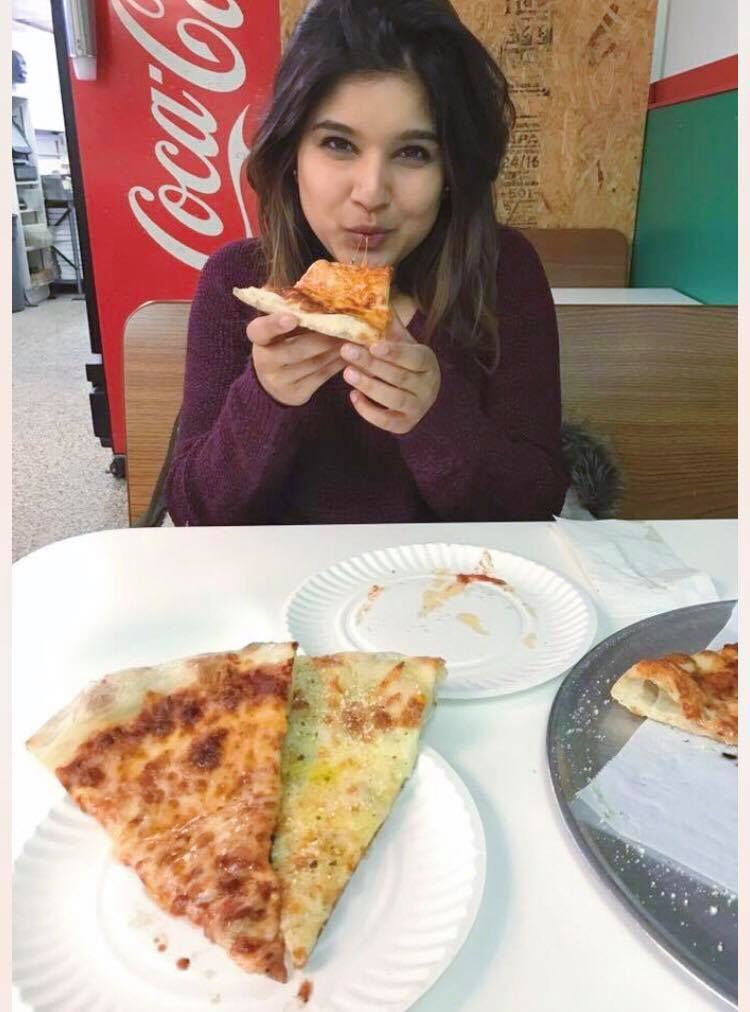 If you don’t know Kamla Kumar ’18, we’re really sorry, because you’re definitely missing out. As the senior class president, Shakti co-president, and University major (you know, that major where you get to make your own major), Kumar’s smiling face and super-friendly energy have not been overlooked here on campus. The Argus sat down with Kumar to talk about her experience in Shakti, her Planned Parenthood internship last summer, and to finally uncover the mystery behind The University Major.

Kamla Kumar: I like to think of myself as a friendly person. I grew up in a very small town in Maine, so that was kind of the vibe I was used to—which is not necessarily the Wesleyan vibe—of just saying hi to everyone you know and meet. That’s something I try to enjoy. I definitely get a lot of blank stares and weird looks when I do this, but it’s kind of just how I’ve always operated, so I would like to think that people know me as a friendly presence on campus.

A: So you say hi to everyone?

A: So you’re really involved with Shakti, can you tell us more about that?

KK: I’m one of the co-presidents of Shakti, and it’s been an incredible experience. I’ve been in it since I was a freshman. I was really not involved in anything South Asian related growing up. I grew up in Maine, and New York, in all-white communities. I didn’t have an Indian friend my age until I came to college, actually. My roommate was Indian, and she encouraged me to go to Shakti with her. I met some incredible upperclassmen, and I stuck with it. There are so many parts of it that are like really intense bonding experiences, and I just fell in love with the community and what I found there. Now I help to run it, which is also a crazy experience. In some ways, it’s less fun because people aren’t taking care of you, you’re taking care of the people, but it’s really such an honor to work to create this environment for them, where you can watch the freshmen become friends and get close with one another. It’s really sweet to see.

A: What’s your favorite memory from Shakti?

KK: Every year we put on a cultural show in the fall, and this year we were running it. It’s crazy, because there’s so much stuff you don’t think about that goes on behind the scenes, like planning and room booking and all this boring, basic stuff. We were also at that point in the year where the club wasn’t super cemented yet, because we hadn’t done a lot of social things yet. It was an absolute whirlwind experience. We ended up having the biggest audience we’ve ever had before, we had 328 people, which was unbelievable. The show was amazing and so well done, everyone was so into it…. Since then, the attendance of meetings has been out the door and it’s been really, really lovely.

KK: I’m also the president of the senior class, which is fun and kind of low-key right now. We had two events in the fall, and now things are starting to get busy with that, because we’re planning Senior Week, which is like, the real deal. Right now, we’ve just been going through the funding process. I can’t tell you who the concert is, but I promise it’s a good one. I work with three other really great people in my committee, and we’re kind of trying to visualize what we want the shape of our senior week to be. Everyone’s going to be tired and everyone’s going to be hungover, but we still want to create that atmosphere. It’s a similar thing to Shakti, putting the stuff there and people making it their own. It’s been a really cool experience.

A: Anything outside of Wesleyan that you’re really passionate about?

KK: The past two summers, I’ve done a lot of work in the reproductive justice and reproductive freedom realm. The summer after sophomore year, kind of by accident, I ended up interning at NARAL Pro Choice America. My parents had just moved to right outside of D.C, and it was May, and I had been really stressed out sophomore year with classes and stuff and hadn’t applied to anything. I was really stressed out by the idea of being in a new city for the summer without my high school friends, and I kind of got lucky and applied and ended up getting this internship. I learned so much, and was really looking into abortion laws and different legislatures. It was really interesting, and I was like, ‘Wow, I really like this environment, it’s an office of really powerful women and they’re all doing incredible stuff in the world,’ so I ran with it. Last summer, I applied and got an internship at Planned Parenthood, also in D.C., and that was obviously a crazy summer with all the things that were going on. It was exciting, it was stressful, and it’s one of those things where it’s your job, but it kind of turns into your lifestyle. The whole office at the end of the day—you leave, but then you’re going to a rally. It keeps going, and there’s always room to push and grow and keep fighting.

A: Do you have any plans post-graduation?

KK: Right now I’m trying to figure that out. No concrete plans, but I have some offers that I’m trying to figure out. I think right now I’m at this weird point where no matter what I get, I’m still gonna feel weird about it, because I feel like I’m leaving all my creativity and energy behind, which I know isn’t true, but I feel like it’s a skill that you learn of how to transfer that to the real world and the corporate world. Anything you do, you make it engaging and inspiring and intellectual, but since I don’t want to be in academia right now, it’s going to take more effort to figure out how to do that.

A: Are you writing a thesis right now?

KK: I am writing a thesis right now. I’m an English major but also a University major, which is the major where you make a major. So, my University major is South Asian Diaspora studies, which is cool and important to me. My University major consists of English, American Studies, History, and Religion, so I have an advisor from each of those departments. I did this my sophomore year, so I’ve been doing it for a while, and I think I’m the only one in the school right now in the University major. My thesis is for my University major. It’s been a journey, because I ended up changing my topic towards the end of October. I really wanted to look at the shift from postcolonial studies to world literature, and that gap, but that was way too big of a project…so I had to re-shape it. It was a hard thing to recognize, because my project doesn’t fully feel like my own anymore. I think this whole thesis thing is not really even an academic experience, it’s more about learning how to deal with choosing projects, projects failing, and moving on. It’s a personal learning thing…. It’s definitely more about the process.

KK: Last semester I was really boring, and I did a lot of thesis stuff and was trying to get my stuff going. This semester, I don’t know what’s wrong with me, I might be doing it completely wrong, but I’m completely not stressed about my thesis. I still have a lot more to do, but I’m like, ‘Eh, it’ll get done.’ Everyone before me has done it, everyone after me will do it, so I’m honestly just trying to have more fun and hang out with people more, be outside more. If I do take the job that I’m considering right now, that starts in July, so this is really one of my last times to truly be carefree in a way that I sometimes forget.

A: Do you have any advice for other students here at Wesleyan?

KK: My Wesleyan history has been an entire list of me just stepping really far out of my comfort zone, like with the University major and Shakti. Those are the things that have given me the biggest reward by far, and so I think it’s important to continue doing that. It’s really easy to continue doing what you love doing at Wesleyan, but I think all the personal growth I’ve gotten has come from being uncomfortable here, which is amazing. I think everyone should try to do it, though it’s definitely easier said than done.