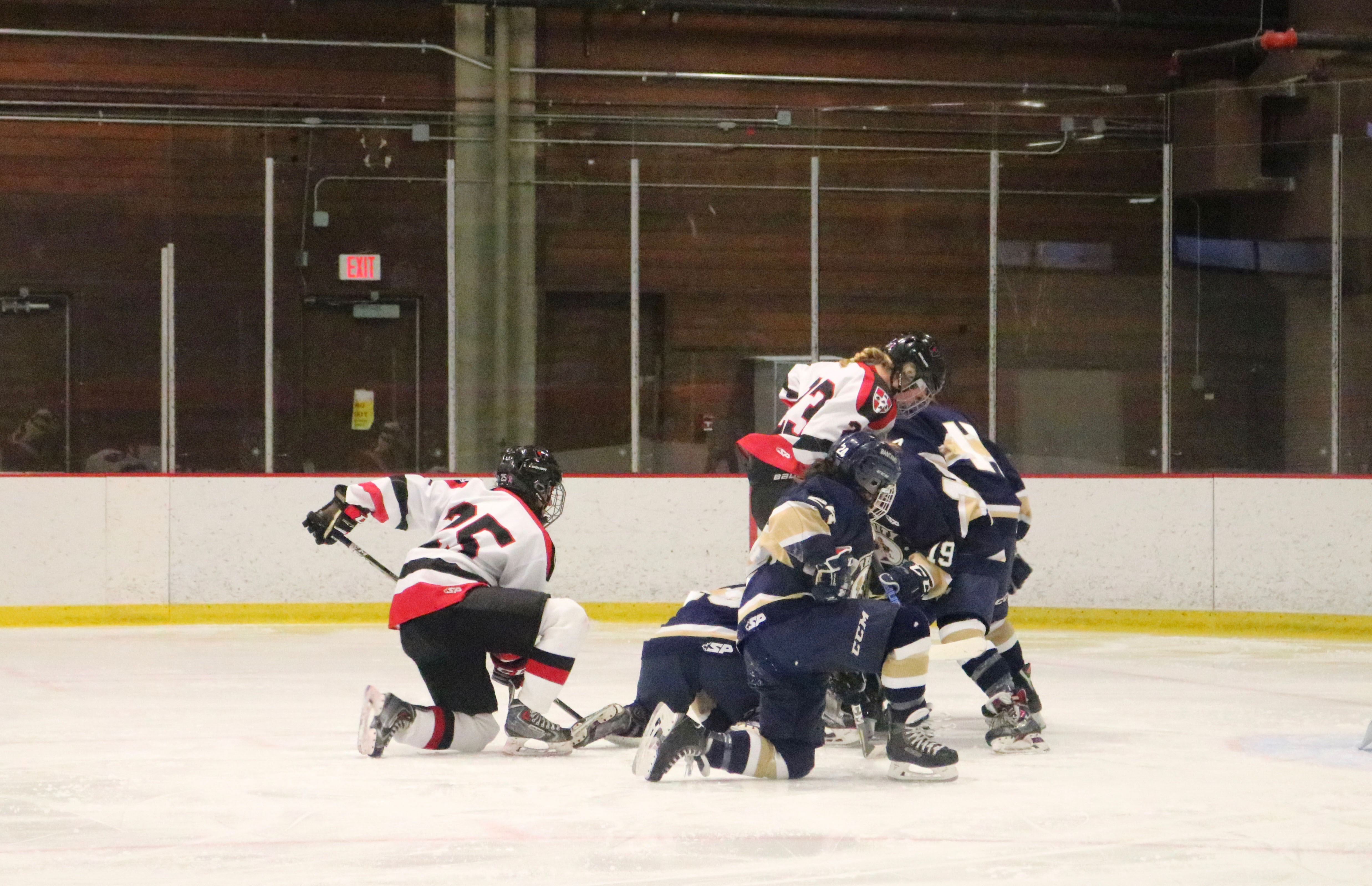 MEN’S ICE HOCKEY— Last weekend, the Cardinals trekked up to Maine for duels against NESCAC competitors Bowdoin and Colby. Their quest began Saturday at Sidney J. Watson Arena as they faced-off with the Bowdoin Polar Bears, who were hoping to keep their NESCAC postseason chances alive.

The game went back and forth with Wesleyan striking first to take a 1-0 advantage after the first period courtesy of a goal by Dylan Holze ’18. The goal was Holze’s fifteenth of the season, giving the senior forward the most in the conference. The Red and Black netted the second goal, this time by Jordan Jancze ’18 off of an assist from first year Cameron Peritz, to extend their lead to 2-0. The Polar Bears struck back, and did so quickly, knotting the game at two with goals by Ronnie Lestan and Cody Tedesco right before the conclusion of the second period.

Luke Babcock ’19 put the Cardinals ahead in the third period, 3-2. But Bowdoin was not finished. After already overcoming a two-goal deficit earlier in the game, the Polar Bears scored two more unanswered goals, the winner by Bradley Ingersoll ’21, to upset Wesleyan 4-3. 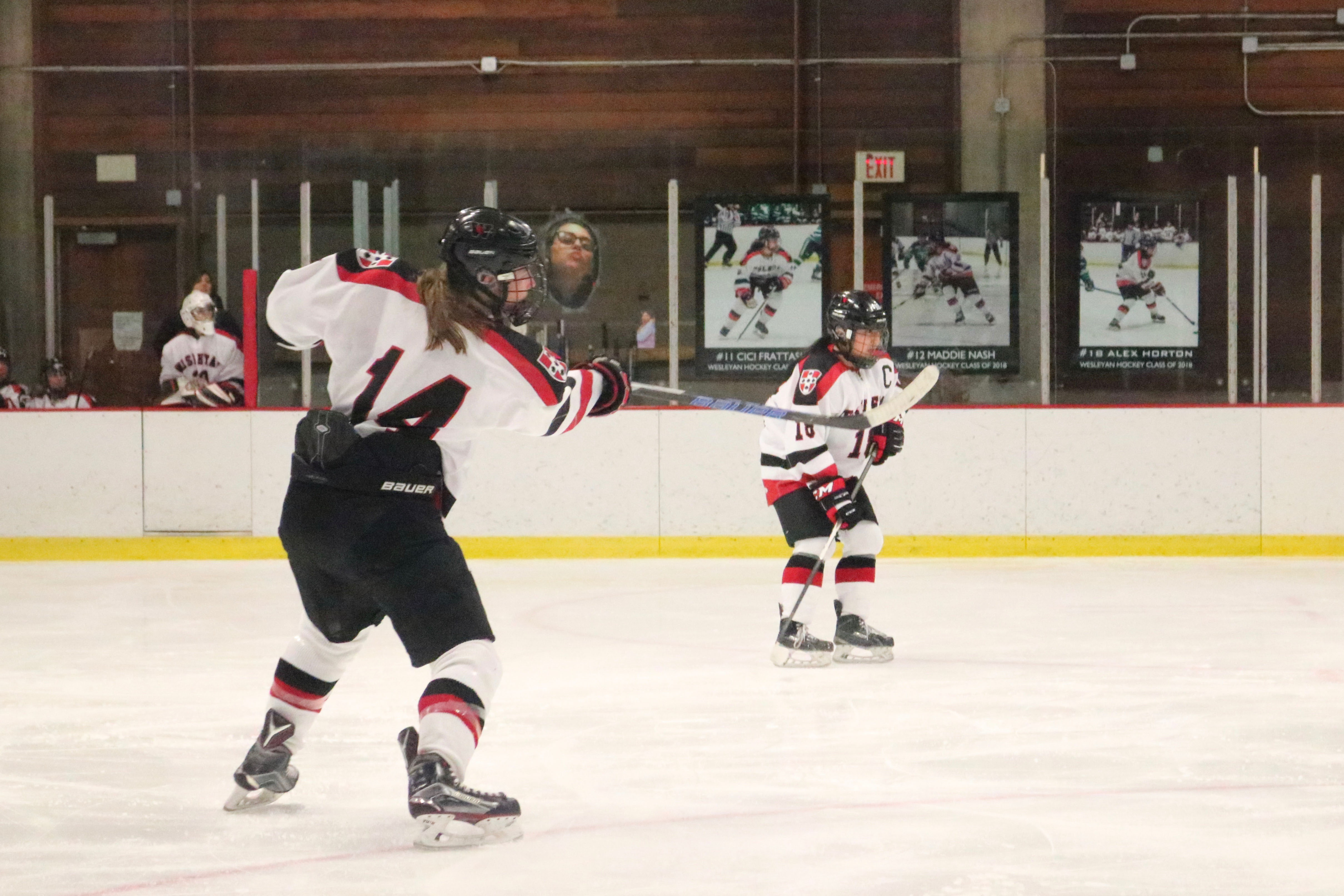 The Cardinals had a chance to redeem themselves on Sunday afternoon with a game against Colby. The Red and Black blitzed the Mules, jumping out to a 3-0 lead entering the third period thanks to goals from Kobryn ’20, McCusker ’18, and Harris ’20. However, once they hit the third period, Colby overwhelmed the Cards, scoring three goals in a matter of four minutes to tie the game at three. The contest would go into overtime, and with no goal scored, it ended in a 3-3 tie.

The men’s hockey team now sits tied with Hamilton for fourth in the NESCAC, holding a 7-5-4 conference record and 11-6-5 overall record. This weekend, their regular season will come to a close with two games against Trinity. Then it is on to the NESCAC Tournament for the Cardinals.

WOMEN’S ICE HOCKEY— The Red and Black had a disheartening weekend as they lost a pair of contests to the Trinity Bantams. On Friday evening, Wesleyan traveled to Hartford to square off with their local NESCAC foe. The contest stayed highly-contested until the Cardinals were whistled for a penalty with just over six minutes remaining in the first period. On the ensuing power play, Trinity worked the puck around until forward Tasha Adams took a powerful slap shot. Adams’ shot deflected off of Julia Lee for her first collegiate goal, putting the Bantams on top of the Cardinals by a score of 1-0. 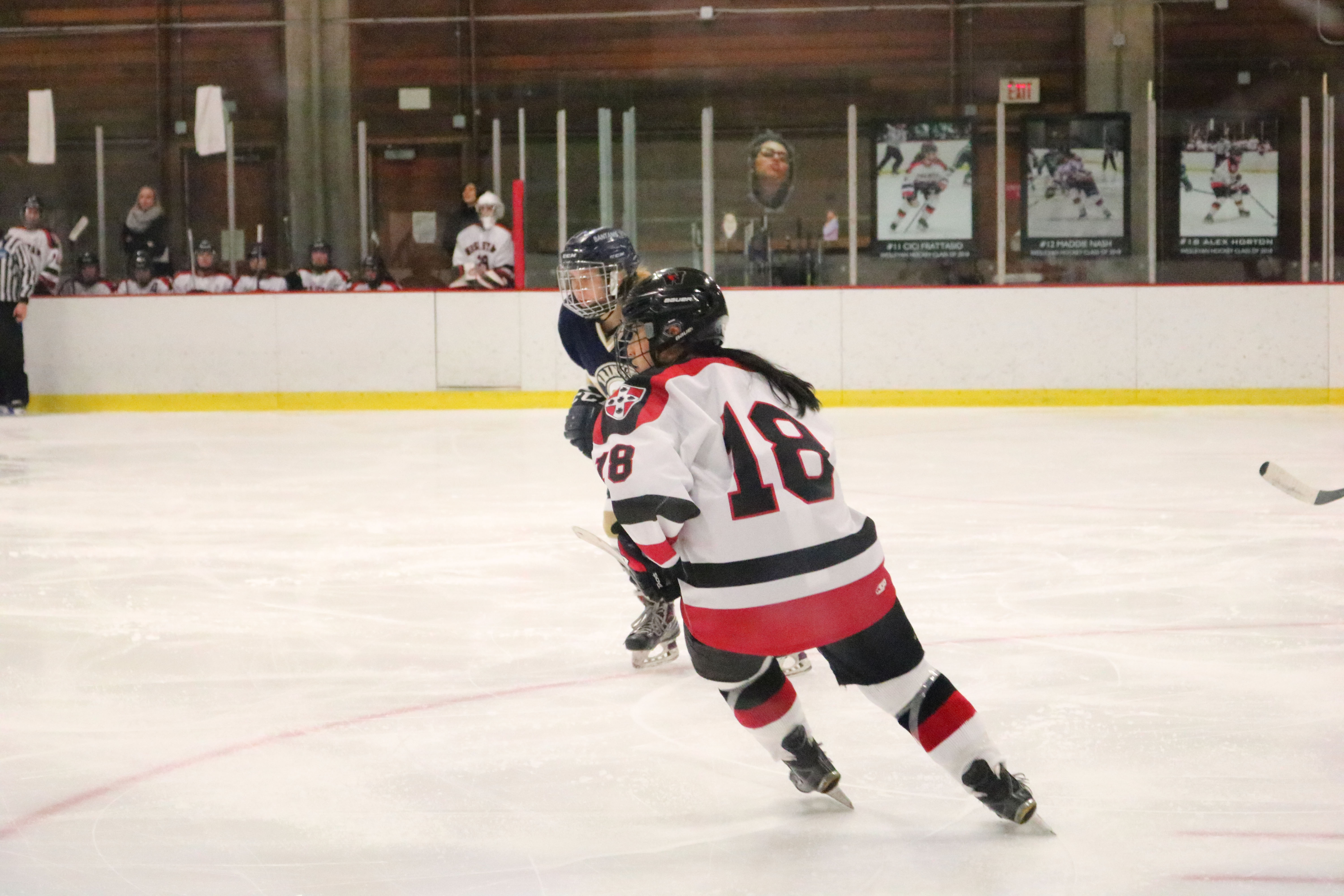 Allegra Grant ’20, the Cardinals goalie, had herself a game. The Bantams attempted 36 shots on goal with Grant in net and she redirected 35 of them, good enough for a .972 save percentage. Her stout performance would prove to be for naught as Wesleyan failed to net a goal.

With just over one minute remaining in the third period, the Cardinals decided to pull Grant so they could have an extra attacker on the ice. Shortly thereafter, Trinity netted their second goal, this one an empty net, to secure a 2-0 home victory.

On Saturday afternoon, the festivities shifted to Spurrier-Snyder Rink, where the Cardinals wanted revenge on the Bantams. Prior to the game, Wesleyan honored their three seniors: Cici Frattasio, Maddie Nash, and Alex Horton. The celebration didn’t last long, however. The Bantams jumped out to an early 1-0 lead and held a 3-0 advantage at the conclusion of the second period. In the third frame, Wesleyan got on the board with a goal from Frattasio, but it was too little too late. The Cardinals had their chances but were only able to convert on one of their five power plays. It also didn’t help that they committed six penalties. The Bantams won the game and swept the weekend series. 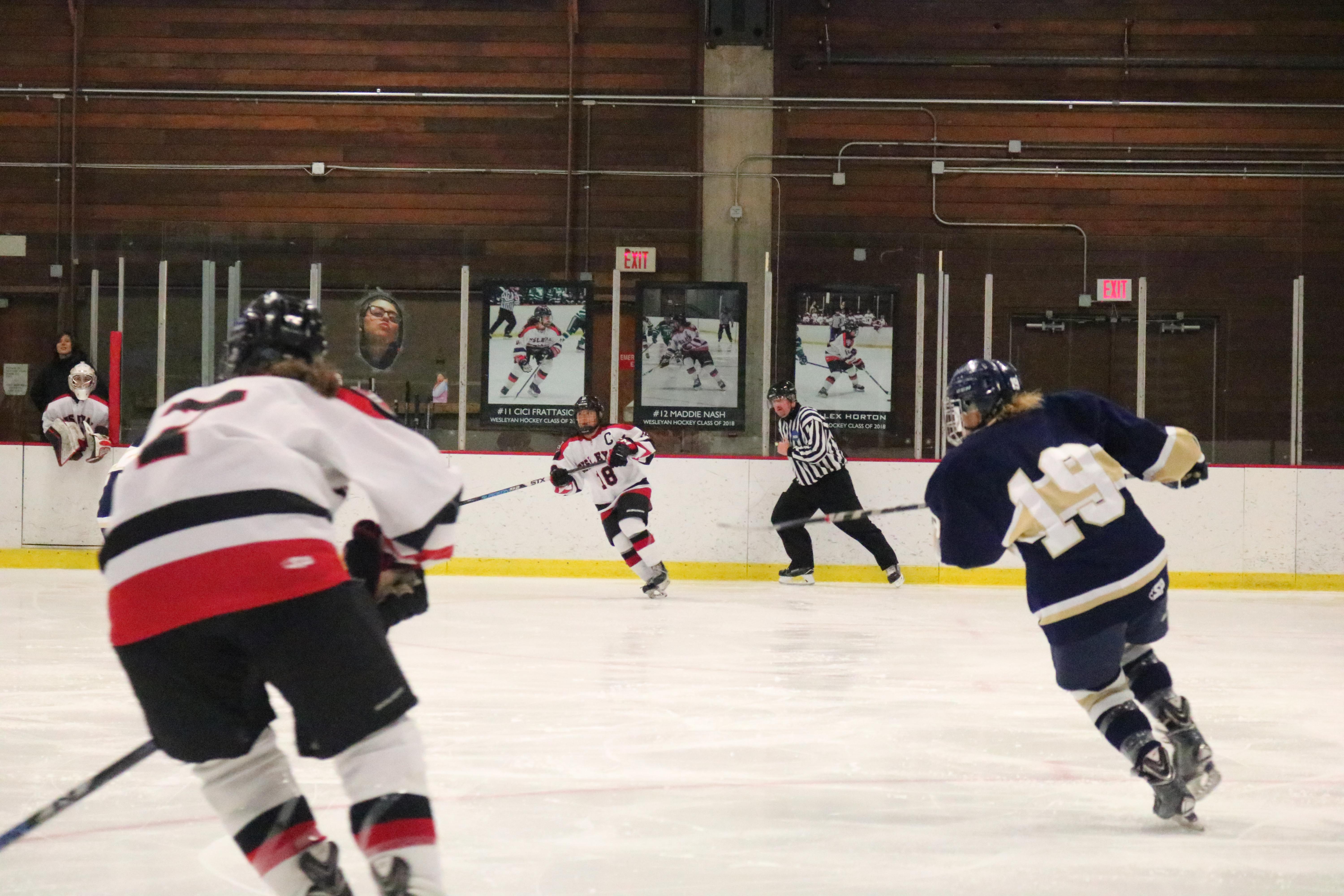 With an overall record of 5-13-4 and 1-9-4 in NESCAC play, the Cardinal season appears to be coming to a close. This weekend the Cardinals have their final two games of the regular season against Little Three rival Amherst.

The first matchup is tonight, Friday, Feb. 16, at 7 p.m. Deemed “Pink in the Rink”, Wesleyan will be contributing to the fight against breast cancer through various fundraising efforts. Come out, cheer on the Cardinals, and help support a great cause.