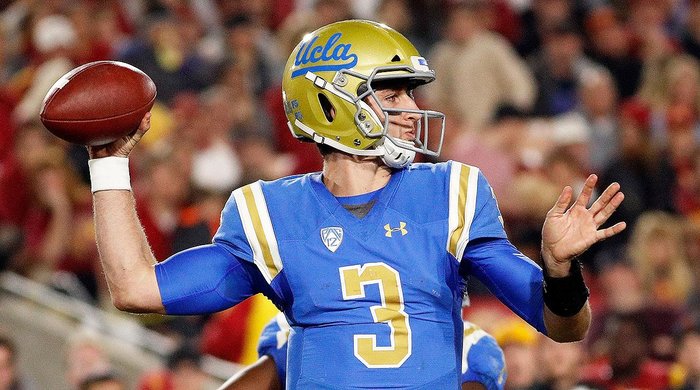 Quarterback prospects are always polarizing. Some talent evaluators loved Carson Wentz and were vindicated by his performance this season, while others loved Johnny Manziel who barely lasted two seasons in the NFL. With such variance in opinions on quarterback prospects, only time will tell whose evaluations prove to be accurate. This year there are four signal callers who have been rumored to be potential first-round selections. Here’s where I favor them at this point in time.

An Under the Radar Name to Watch

Prior to last year’s draft, I was extremely high on Alvin Kamara who, after being selected in the third round by the New Orleans Saints, was named the NFL’s Offensive Rookie of the Year. I see a lot of the same qualities that I saw in Kamara in another running back in this year’s draft. Who is that player? Georgia’s Sony Michel.

Michel didn’t garner the spotlight that many college superstars do (similarly to Kamara) because Michel shared the backfield with fellow NFL prospect Nick Chubb. While Michel didn’t get to display all of his tools on a regular basis due to the Bulldogs’ surplus of talent, he was able to preserve his body in the process.

Akin to Kamara, Michel is a duel-threat. He can kill you running, inside and out, and catch the ball out of the backfield. Once Michel possesses the ball in space, he has the ability to turn on the jets and elude the defense. At 5’11” and 215 lbs., Sony Michel is the ideal size for an NFL running back. Imagine the Eagles drafting Michel. He would add an entirely unique dimension to an already potent offense.

Whoever drafts Michel will get a player who will likely have the same impact in his rookie season that Alvin Kamara had with Drew Brees in New Orleans.