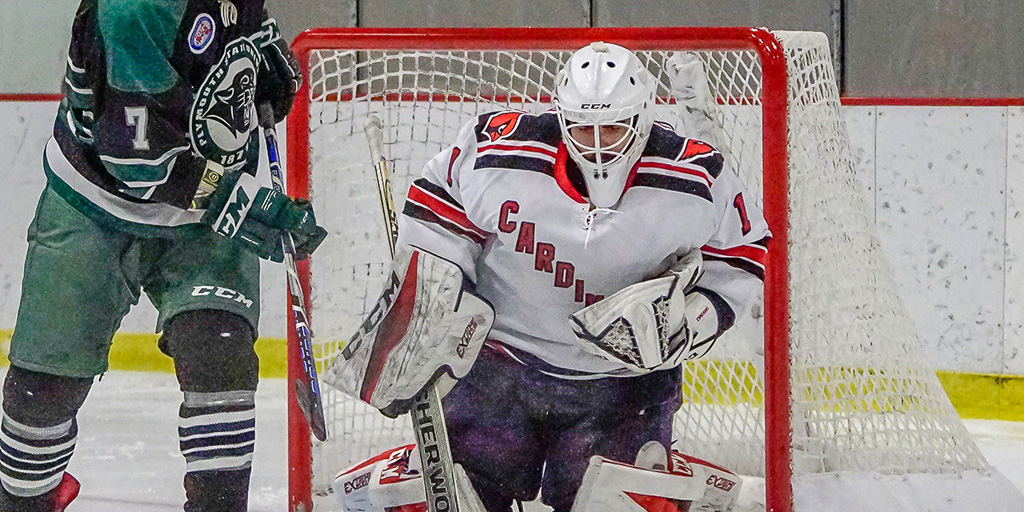 MEN’S ICE HOCKEY— Get out the brooms, folks! Men’s hockey completed a two-game sweep this past weekend. After defeating Middlebury and Williams, Wesleyan is in a great position in the NESCAC with only two weekends of regular season play left. The Cardinals are currently third in the NESCAC with an overall record of 11-5-4.

The Cards can’t overlook this next weekend, with games against Colby and Bowdoin. However, Wes awaits a major series with Trinity for the last weekend of NESCAC play. Trinity is currently in first place in the NESCAC and is one of the top teams in the country.

The team played exceedingly well this past weekend with major contributions from Jordan Jancze ’18.

“Preparation doesn’t change,” said Jancze. “We take things game by game, practice by practice. We’re building something special here, and Trinity is another opportunity to measure where we are as a team. Right now, we’re focused on Colby and Bowdoin.”

With great senior leadership, the Cardinals have strict goals in sight. Last year, a tough loss ended the Red and Black’s season early, but the team is using that memory as fuel for this postseason.

“Our class specifically ran into a lot of adversity our first couple of years, and we were less than a period away from playing in the NESCAC championship game last year,” said captain Theo Tydingco ’18. “We have to show that we have bought into our roles and willing to do whatever it takes.”

As they head into the final weeks of the regular season, the Red Birds know what it takes to accomplish their team goals and plan to do just that.

“We’ve been consistently playing with speed and intensity night in and night out,” said Tydingco. “There’s been a heavy emphasis lately on playing disciplined and being even-keeled. Any team in this league can win on any given night, so if we want to be that championship team, we have to make sure we’re limiting our mistakes and not giving the opposing team chances to be in the game.”

This next weekend, the Cardinals will travel to Maine to take on both Bowdoin and Colby.

WOMEN’S— This past weekend, the women’s ice hockey team took on Middlebury, the top team in NESCAC. The Cardinals dropped both games to the Panthers. The team currently sits at eighth in the NESCAC standings with an overall record of 5-11-4.

The Red and Black head into their last weeks of NESCAC play with two critical series against Trinity and Amherst.

This far into the season, the team knows their strengths and weaknesses very well. It all starts with defense late in the game. The Cards have a minus-12 goal differential in the third period. If the team can improve that number in the next few weeks, they could be a threat to top contenders in the NESCAC tournament.

“Postseason play has been on our minds as a team since hitting the ice on Nov. 1,” said defender Maggie Curran ’21. “We are zeroing in on the details to give ourselves the best opportunity in the playoffs. We are taking no practice, shift, or game lightly. These last few games have a lot of weight for us, so staying focused in the next two weeks will be a key to finishing strong.”

The team has a strong sense of identity. The Cards play with a no-one-left-behind approach.

“Our team doesn’t rely on one superstar,” said Curran. “The success we have had this season has come from working as a unit. A lot of that starts off the ice for us. These girls are some of the best teammates and friends I’ve had. We are a cohesive group and have great team culture, which I think is our best characteristic.”

As competition heats up, the Cardinals certainly have their work cut out for them the rest of the season.

This upcoming weekend, the women take on Trinity in Hartford on Friday night and return for Senior Day in Middletown on Saturday.