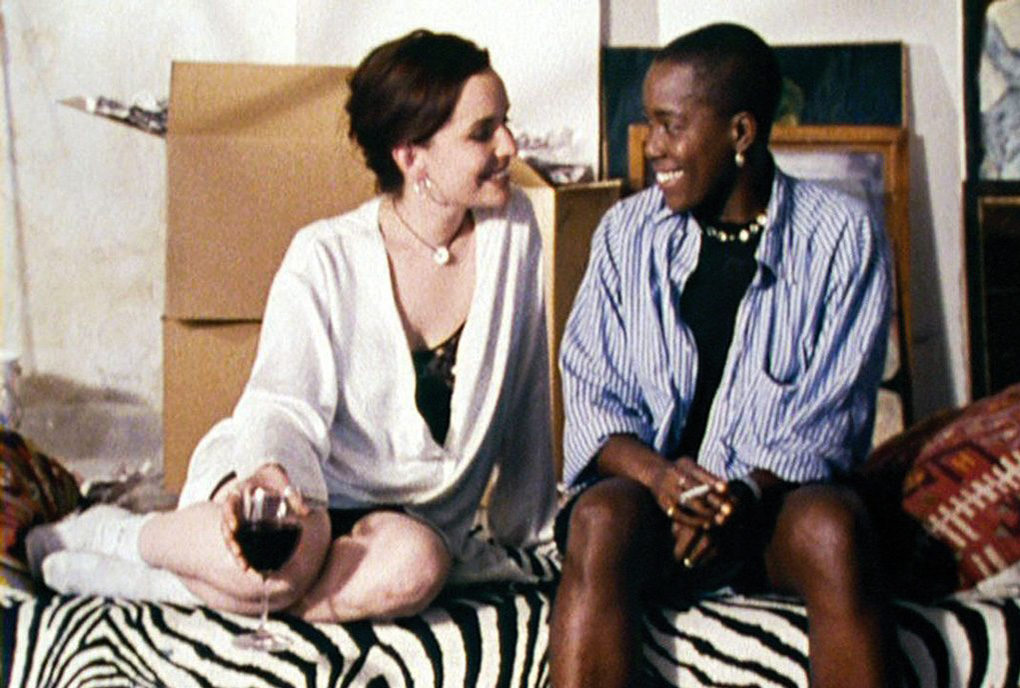 We’re moving into our third week of the calendar tomorrow and we are champing at the bit to tell you all about it. You may be asking but where, oh where have you been? I assure you, there was a Cinefiles article last week (check it out online!) but due to some unforeseen circumstances it was not published on Tuesday at its regular time. Apologies to all who were left lost wandering and wondering in the wilderness. We will not leave you again.

This week we’re thinking about history: personal histories, shared histories, constructed histories—all kinds of inherited pasts and eternal bonds. Many of the films we’re screening explore the lingering impact of experiences that predate our own existence. In the case of “The Watermelon Woman,” Director Cheryl Dunye is not only gesturing towards the barbarity with which those who came before her were treated under the brutal hand of slavery, but also to the very particular history of one Black actress. The story of Fae Richards, the actress Dunye becomes fixated on, may both shed light upon her own life, and allow her the flexibility and hope to craft her own history and shape a new legacy for future Black lesbian filmmakers.

“Past Life” also looks at history and trauma that is passed down through generations. In the film, characters try to grapple with the truth of their family’s past suffering and the wounds that recalling their family history reopens. “Past Life” is the second installment in our Ring Family Israeli Film Festival. Be sure to check out the calendar to see what’s coming next in our longest running Wesleyan Film Series film festival.

We hope this week’s films have got you thinking about the memories you hold on to and the relationships and stories that form the backbone of who you are. Dealing with a back catalog of family and ancestral drama, expectation, and trauma is no mean feat. We think you’re doing a swell job and we hope you go easy on yourself this week—treat yourself to some kick-back time at the Goldsmith Family Theater.

This seminal ’90s independent film is the first documented feature directed by a Black lesbian and it’s a riotous and righteous good time. Cheryl Dunye writes, directs, and stars in this mockumentary about a video store clerk who becomes obsessed with the history of one black actress she finds in a movie called “Plantation Memories” who’s credited only as “The Watermelon Woman.” Follow Cheryl’s journey of discovery alongside her uncovering of actress Fae Richards’ past and begin to understand why, “sometimes you have to create your own history,” and why that act of self-creation and reclamation is so goddamn  important. It’s an essential watch for anyone who cares not only about representation in cinema, but about authorship in film and self-determination for marginalized voices in media. Take the opportunity this Black History Month, and every day, to help elevate the voices of black queer female creators. Be a part of honoring Black women’s contribution to art and entertainment.

How do you deal with the return of history, being familial as well as racial, as bending forces upon interpersonal relations in the modern time? “Past Life” offers a profoundly emotional and thrilling experience that might provide its viewer with an answer. It was 1977. Once accused of being “the daughter of the murderer,” a young woman who aspires to become a classical music composer travels throughout Europe with her scandal sheet writer sister to unveil the unknown past of their father, a Holocaust survivor. As a postwar youngster who has her own social life and has not been through the Holocaust herself, how will she respond to the initially nebulous history that all of a sudden comes overwhelmingly close to her?

Before Spike Lee directed his excessive remake, there was only the “Oldboy” from the cult master Park Chan-wook whose “The Handmaiden” rocked the Goldsmith theater roughly a year ago. At first a middle-aged alcoholic working man, Oh Dae-su turns more than physically capable after 15 years of imprisonment by his unidentified kidnapper. Through a television Oh learns that his wife was already murdered with himself listed as the prime suspect. Upon his unexpected release from the private prison, he discovers that five days are all he has to reveal the true motive behind his ruthless captor. On Friday night, come relive one of the most exciting and suspenseful movies of all time in Park’s expressive colored lighting.

In the illustrious history of films like “Singin’ In The Rain”  and “An American in Paris,”  MGM gives us another vibrant technicolor dreamscape with “The Band Wagon.” Advertised as “the year’s brightest musical comedy!” “The Band Wagon” is guaranteed to get you grinning. A famous movie star Tony Hunter, played by famous movie star Fred Astaire, is concerned about his career and thinks it needs a boost. His friends write a Broadway musical to get him on his feet and rejuvenate his professional life but in the process, things get predictably messy. Join Vincente Minnelli’s troupe of talented troubadours and performers and “get aboard the bandwagon for a grand happy feeling!” We look forward to marveling at the color, the dance routines and the sparkling joy of this 1953 classic along with you.