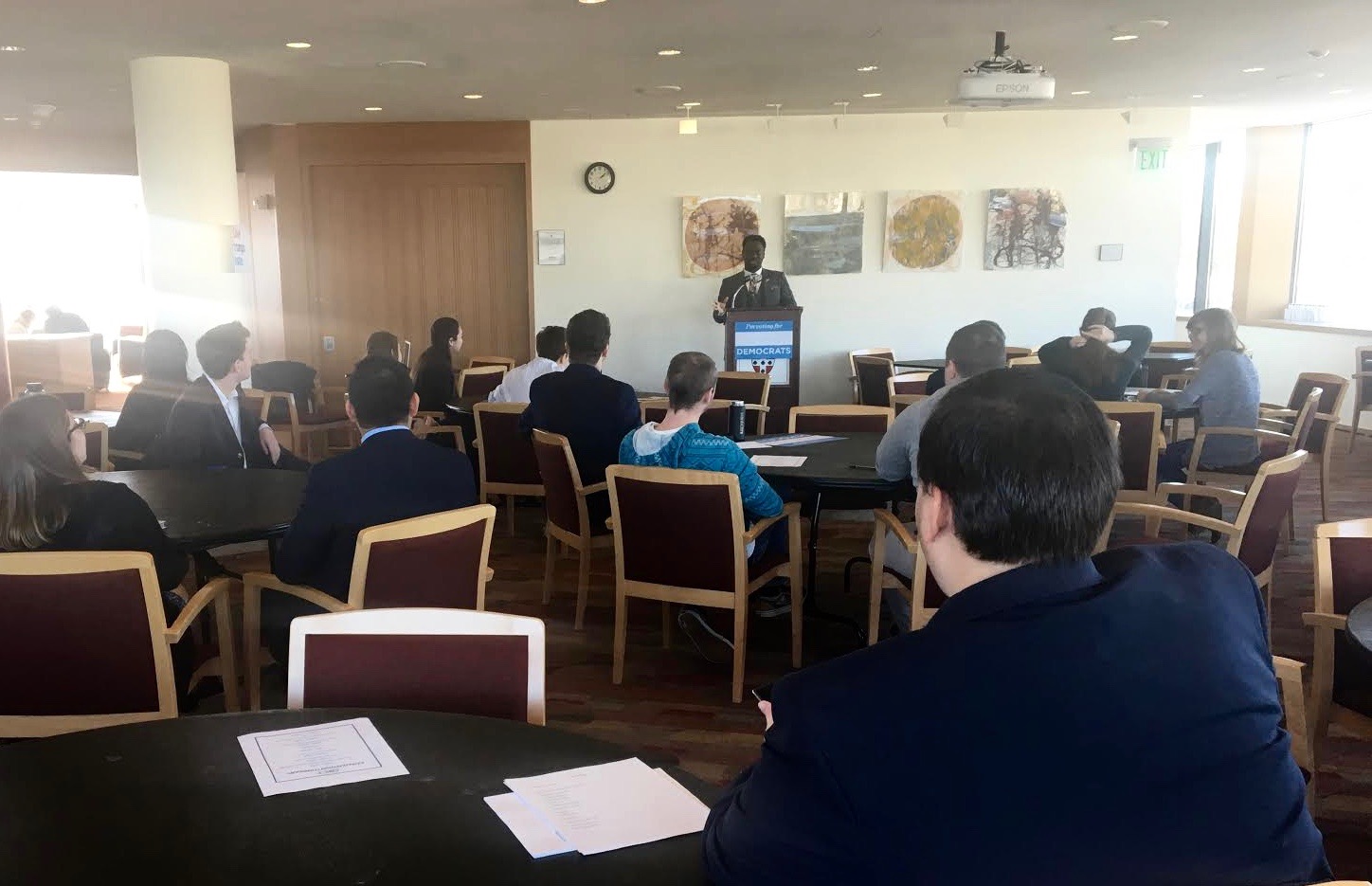 The Wesleyan Democrats hosted an annual College Democrats of Connecticut (CDCT) Conference on campus Saturday. The event focused on growing connections and collaboration between the College Democrat chapters present to prepare for the 2018 state and federal elections.

The conference served as a forum for the groups to share their progress over the last semester, to re-elect a board of the CDCT, and plan a strategy for upcoming elections in Connecticut.

This comes after a period of little action from the central organization.

“Right now the board is not very active, so Wesleyan’s goal is to create a more engaged board that can have fundraisers and sponsor our candidate events,” said Erin Hussey ’20, co-chair of the Wesleyan Democrats.

For some groups, the inactivity in the CDCT was reflected in their individual college Democrats organizations. Many students left organizations following the election, disillusioned with politics.

“Our club had a mass exodus, right after the election. It just bottomed out,” said Stevie Della-Giustina of the University of Connecticut. “The Bernie-Hillary debate tore apart the group.”

This depressed sentiment was reflected in the CDCT conference last year, which took place the Saturday after the election.

Amid an anticipated Democratic wave, given the President’s low approval rating and promising elections in other states, the mood of the group was much more optimistic.

“Where there’s a college Dems chapter, we need to be involved in elections,” said Josh Quintana of SCSU.

“When I started off, we were at eight people. Now we’re over 50,” Della-Giustina said.

The group’s speakers heavily emphasized increased collaboration and a more active board of directors. In election speeches, the speakers consistently mentioned a vision of the organization that was involved in many more elections.

Speaker Quentin Phipps touched on the state population’s political identity that is not represented in the General Assembly. He attributed this mismatch to a lack of engagement among young people.

“We don’t have clear things on the progressive agenda, explain to me why?” Phipps said. “When we’re this blue.”

Phipps also suggested that students leverage their desire to get involved by declining to volunteer for candidates unless they adopt more liberal positions.

“We have to put our money where our mouth is,” Phipps said. “Because at this point we haven’t given them a reason to.”

The conference also brought in Hartford Mayor Luke Bronin and State Attorney General George Jepsen. Both speakers implored the students to work on the state’s local elections in addition to federal congressional elections in 2018.

“Then comes Donald Trump: my workload has increased significantly in the last year,” Jepsen said.

The group used the conference to facilitate new elections for positions of president, vice president, political director, communications director, and treasurer for the CDCT. The elections brought in an entirely new board, which included Ron Meehan ’21 as communications director and George Fuss ’21 as political director, each of whom advocated for a more active and centralized state organization.

“If multiple clubs band together, we can use our influence as college students to support more progressive and inclusive party leadership,” said Alexandra Prendergast ’20, co-chair of the Wesleyan Democrats.

While the CDCT has not come up with a specific plan, Prendergast envisioned the organization’s role as both spearheading its own projects and assisting individual state organizations with theirs.

“I think the state organization should serve a dual function: it should bring students together to lead statewide projects while serving as a point of communication and support for individual college groups,” Prendergast said. “Clubs often need support, ideas, and connections, and CDCT can provide that.”

Mason Mandell can be reached at mjmandell@wesleyan.edu or on Twitter @MasonMandell.