In the Original Musical “Part of Us,” Letting Go is Letting In 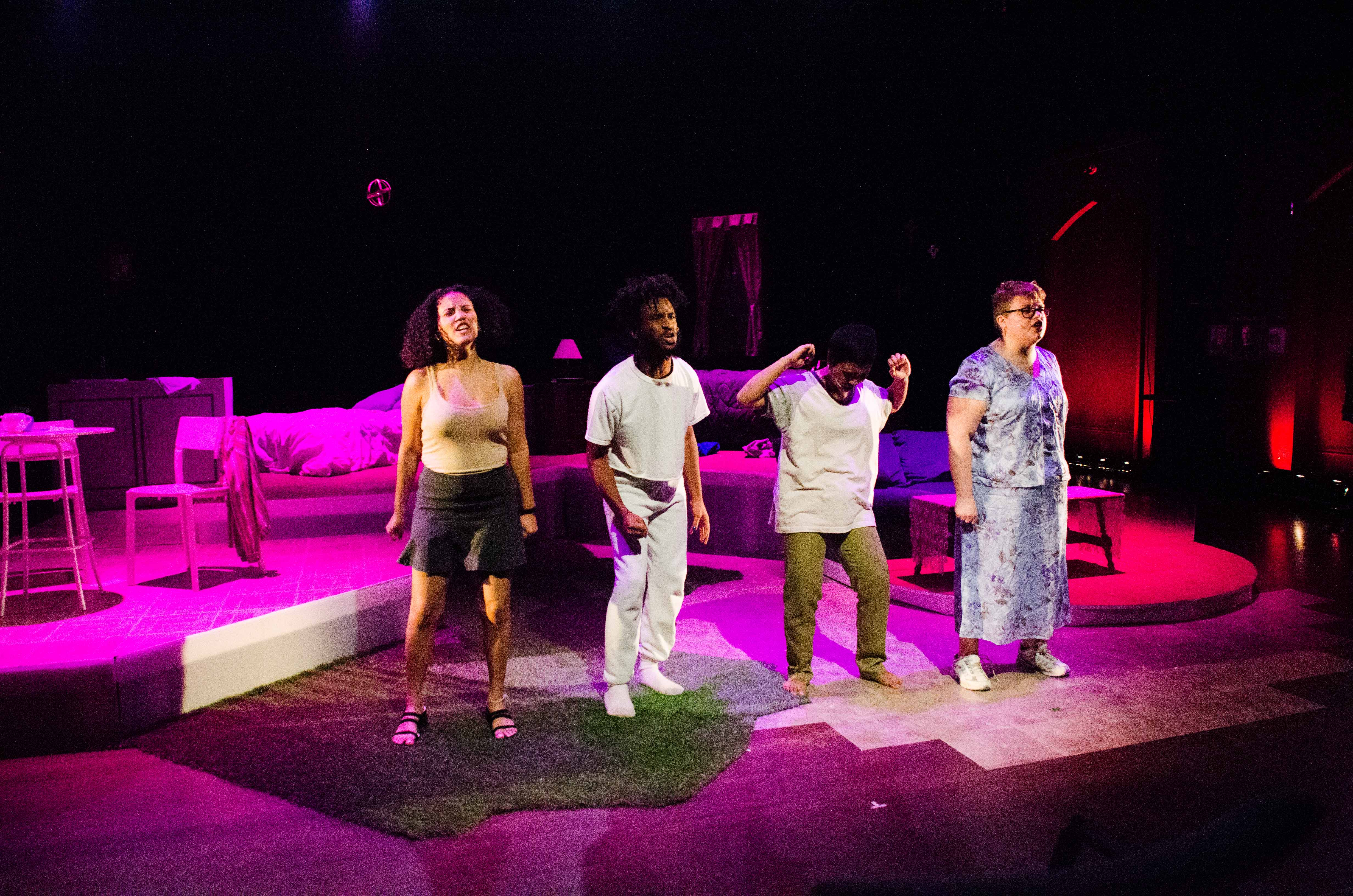 In “Part of Us,” each character is a stranger in their own body. There’s Adam (Amira Leila Suntana ’20), a young trans/masc nonbinary person who begins a flirtation with Marcus on Grindr. Marcus (Jumoke McDuffie-Thurmond ’19), a queer Black man, struggles with the undeniable affection he feels for Adam, but agonizes about disclosing his HIV-positive status to them. Mary, Adam’s very Christian mother (Halie Binstock ’19), longs for the daughter she feels she has lost, while coming to terms with the child she has always had. She meets Adam’s mother Anamika (Zurich Deleon ’20), a former sex worker, and the two develop an unlikely friendship that hinges on ideological exchange, openness, and an astonishing capacity for empathy. In layering the four narratives on top of one another, the show masterfully conveys the effervescence of love with the onerous self-repression that too often exists in tandem.

The musical, written and directed by Isaac Gotterer ’19, manages to encompass an enormous range of emotional energy in its 60-minute runtime. In one number, “Vagina,” Anamika encourages Mary to embrace her sexuality and seek out the physical pleasure for herself that she deserves. Its hook is carefree and catchy, almost akin to a danceable Meghan Trainor tune, and it’s difficult not to feel that sense of glee permeate into the audience seats as well. The song immediately following is “Beautiful,” a tender but unflinching ballad centered on self-resentment and its powerlessness in the face of love. It’s these moments of sudden solemnity that are the most breathtaking in the show, and Gotterer’s ability to vacillate and move through these varying emotional channels is a testament to their writing’s incisiveness.

“Part of Us” is a show whose form needs no justification—the musical numbers between scenes allow each character to speak (or sing) in unison, highlighting their individual and collective identity crises, whether they co-exist in harmony or discord. In one moment toward the end of the show the entire chorus sings, “How can love be angry?” A seemingly simplistic five-worded question, the line means something entirely different for each character on stage: Adam must keep correcting Mary when she misgenders them and Suntana imbues her character with apt boiling-point frustration. Adam and Mary’s shared home is strewn with crosses—a very physical reminder that the space and person they hold most dear are at odds with the core of their identity. 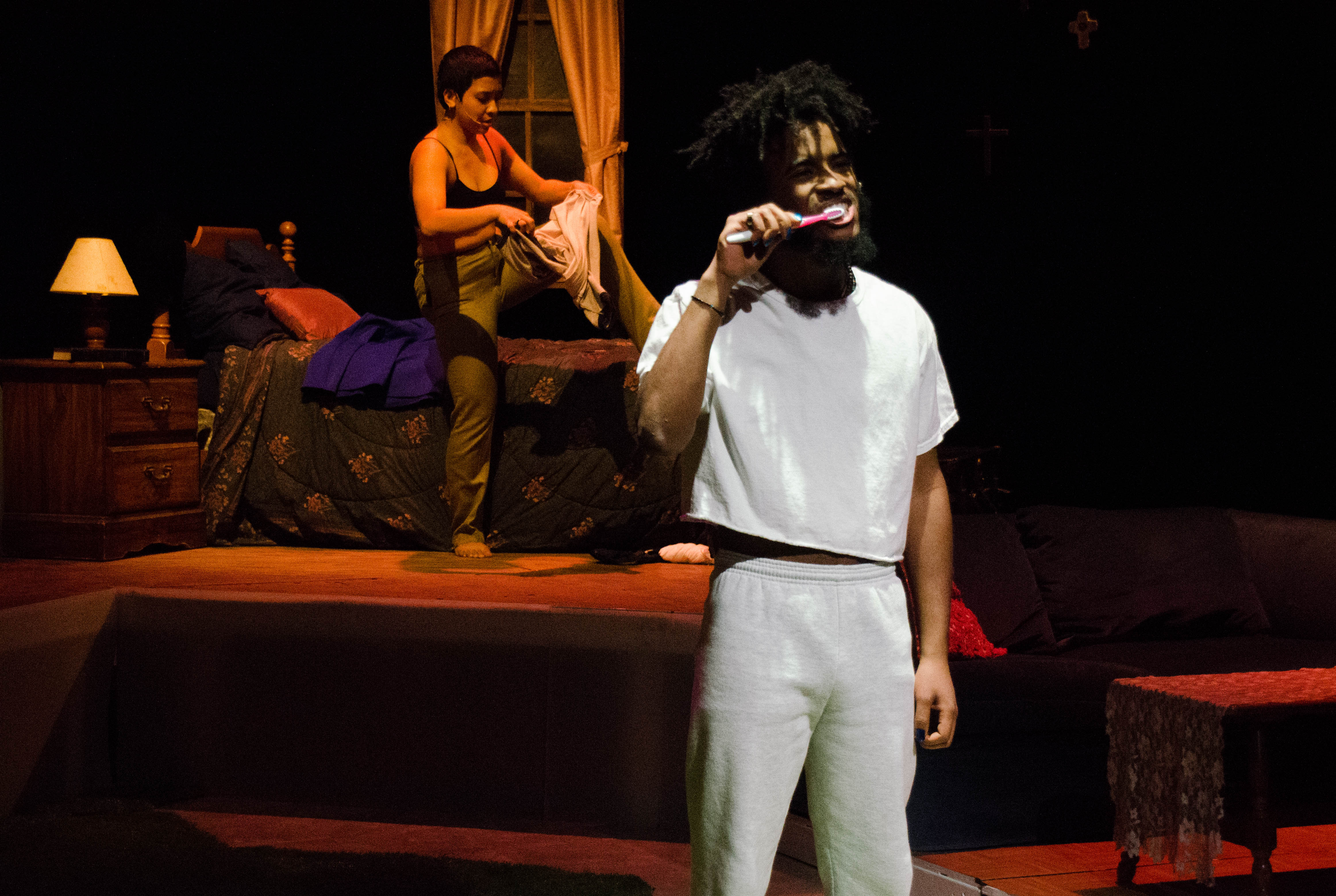 Marcus loves his mother, but also knows that it was her past life as a sex worker that gave him HIV. Additionally, he grapples with his Black and queer identity and feels sick of “trying in a world that doesn’t try for [him].” McDuffie-Thurmond gives an excellent musical and theatrical performance, resulting in a character that is stunningly sensitivity and fiery.

Mary loves her child but was raised in the church. She has never known anything about transgender people, having only been taught that any sexual relations that aren’t between a man and woman are wrong. Adam never seems to be happy at home and at times displays exasperated impatience when their mother can’t seem to “unlearn” the strict adherence to the status quo she has always abided by. Mary is tired of being disparaged in her own house too.

Anamika wishes her son would try harder to find a job—even though his last boss fired him because of the color of his skin. She resents herself because she has put her son through so much pain by way of her prior life choices. Anamika must live with not ever knowing who her son’s father is (likely a client), but she knows the only option is to continue looking forward. Of all the characters, she is most certainly the one whose sense of empathy, resilience, and self-acceptance inspires the same in others. Deleon shines in this role—poised and collected, yet somewhat hardened by adversity.

Early on, Anamika reveals that her clients in the past were men and women and that she remains attracted to men and women. Binstock, as a perfect, curiously naïve Mary, responds with incredulity but begins to unwind herself from what she thought were her dearest values when she realizes she might be harboring romantic feelings for Anamika.

The set design also mirrors the theme of unity amidst disjointedness that is present throughout the show. At first glance, it appears that the stage is built to be the interior of a single house, with two diagonally facing beds upstage and living room arrangements set up symmetrically about the centerline. We learn, however, that the stage is set up to represent two separate houses: Anamika and Marcus’, and Mary and Adam’s. Parent and child argue and make a home on their respective sides, but the separating line between them disappears when Adam and Marcus exchange tender messages on Grindr or the moms engage in one of their talks mid-afternoon. It also fades when we come to see that these two households, regardless of their situational differences, face the same conflicts with regard to self-denial, mutual opacity, and confronting the stranger within them. 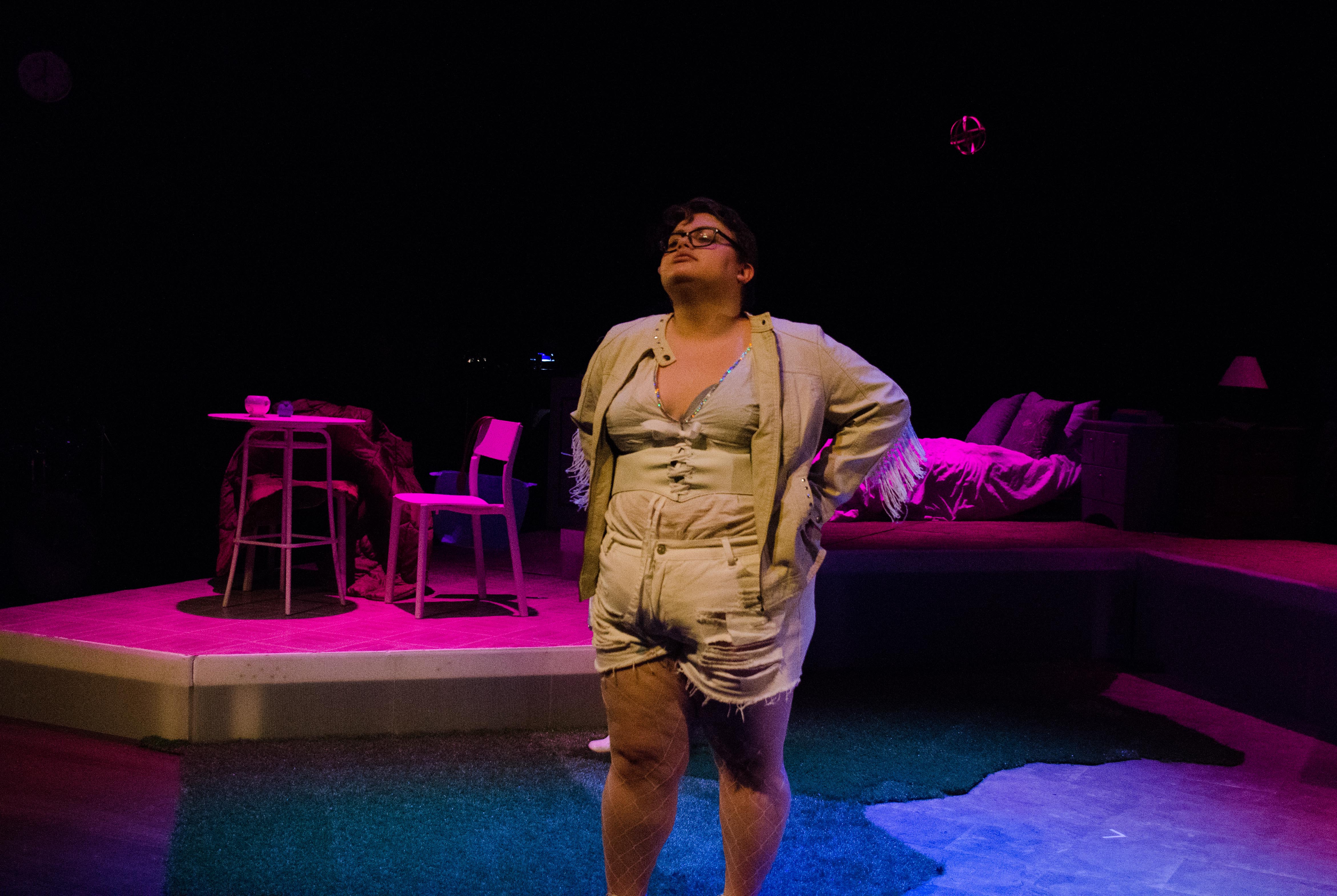 If indifference is the opposite of love, there are few moments in “Part of Us” that can be characterized by the lack of it. Characters storm in and out of one another’s lives, they sit on their secrets until, at long last, they choose to relinquish them (or have them pulled out from under). They send nudes, they hold hands, and they apologize. They apologize to their children, their lovers—and most of all—to themselves.

In the universe that Gotterer creates, each character learns to confront themselves through grace, humor, and acceptance before being able to open themselves to others. By the show’s conclusion we see that two lovers, or a parent and child, can either live into the pain whose string binds them, or allow it to fray.

“Part of Us” opened Thursday, Feb. 1 at the ’92 Theater and will have an evening performance Friday at 8 p.m., as well as a matinee and evening show Saturday, at 2 p.m. and 7 p.m. respectively.