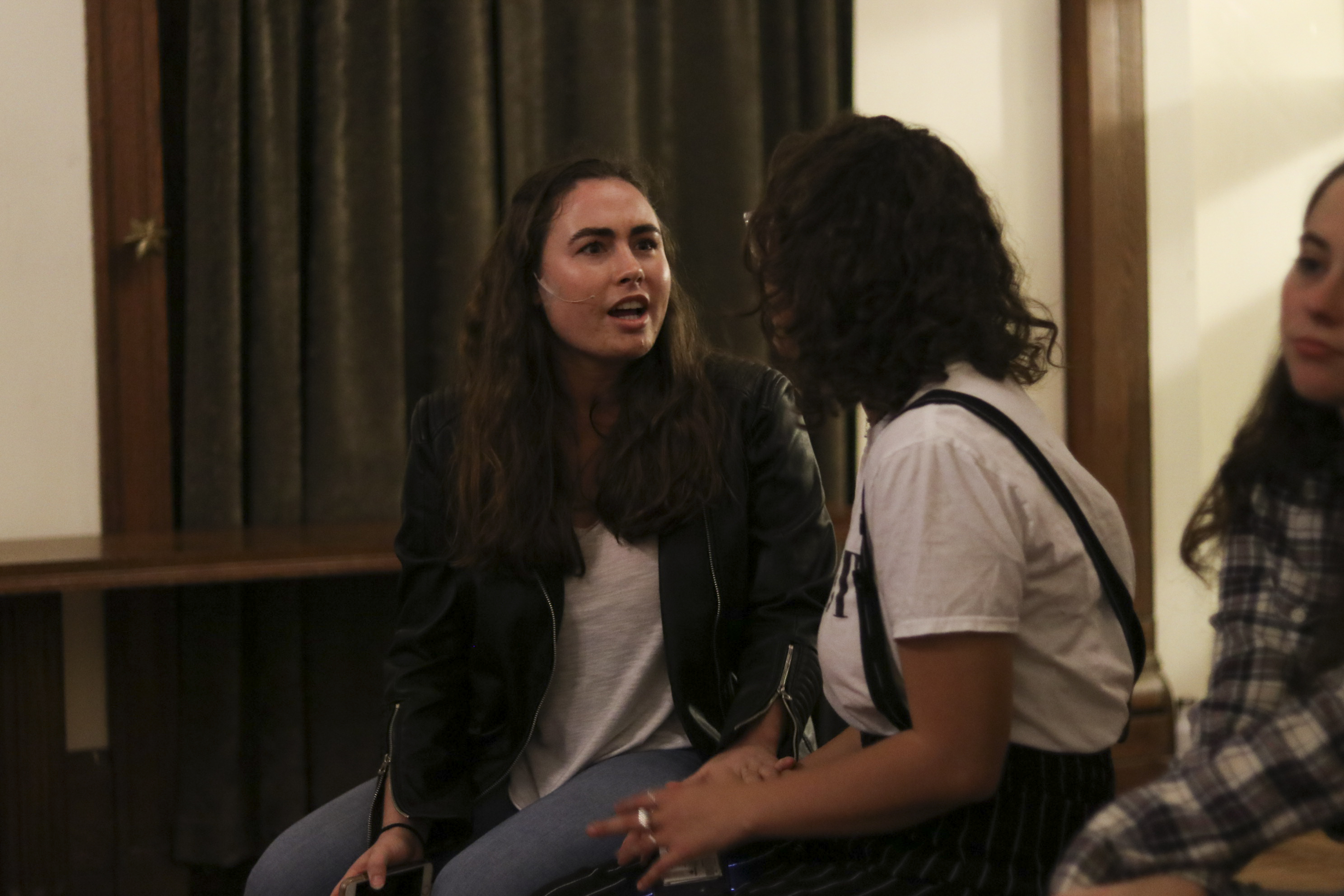 Entering the half-crowded Greene Room in Alpha Delt this past weekend, I had moderate expectations for “Sweet As Whole,” whose tagline clarified that it was not a “Waitress” parody. This is one of the more tempered statements I can make about the show. A word of advice for anyone writing their own original musical: do not immediately compare it to a better musical. The show follows the central theme that men are assholes (sweet assholes, you might say), not necessarily a controversial statement, but a confusing one for a show that claims to emphasize its lesbian characters. The plot revolves instead around Jessie (Kela Sachs ’19), who has just become pregnant and divorced in a single breath. Her ex-husband, Greg (Johnny Hayes ’20), had been cheating on her with his French coworker Francine (Zoë Kaplan ’20), unaware of her pregnancy. Outraged, Jessie kicks Greg out of the house and soon befriends Mindy (Jodie Kahan ’21) and Sam (Alessandra Viegas ’20), an engaged lesbian couple, in the prenatal ward. 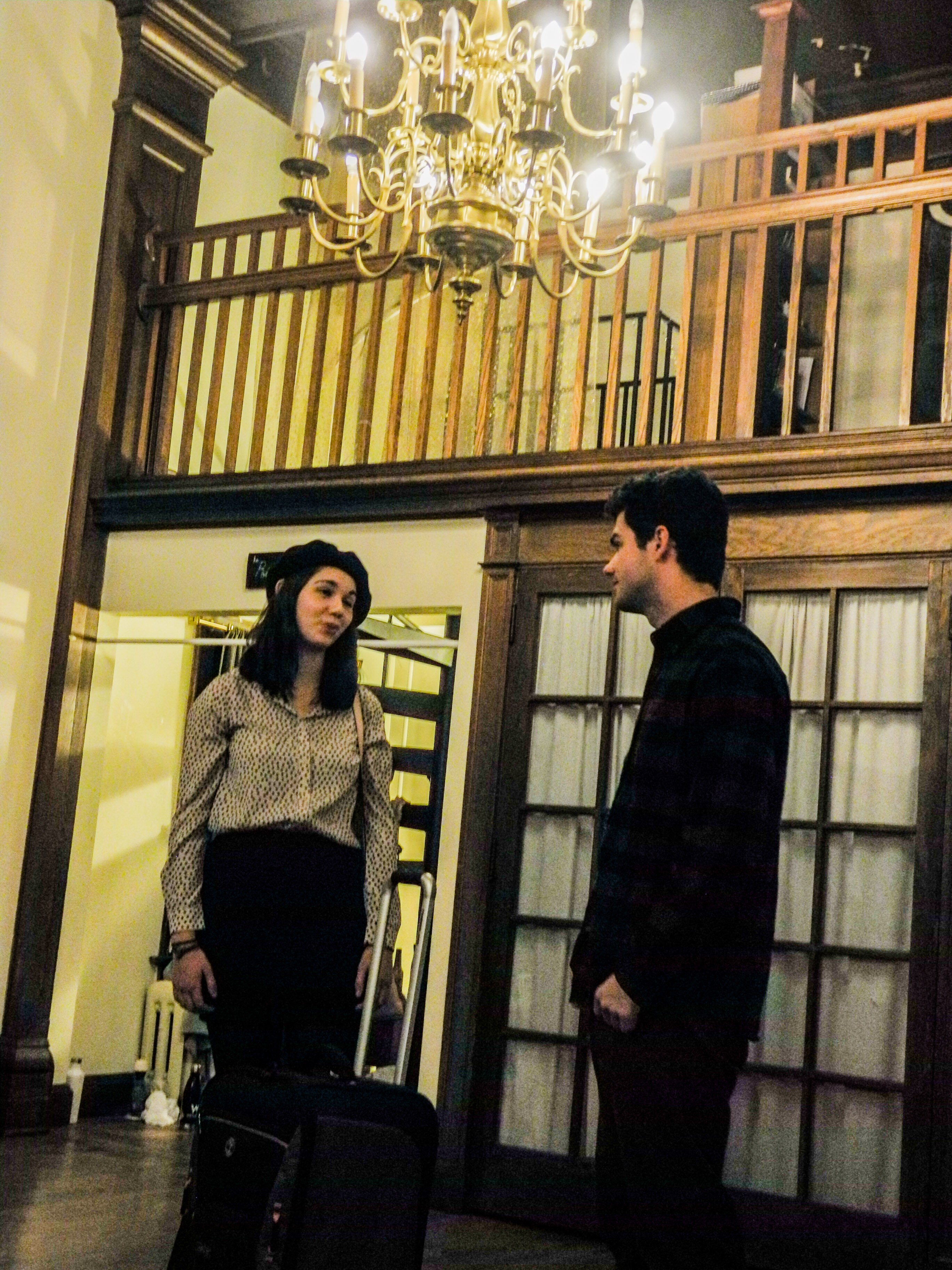 The jukebox musical boasted tunes from Sara Bareilles, Ingrid Michaelson, John Mayer, and Jason Mraz, so I already expected it to cheerfully hark back to the soft pop days of the mid-2000s. And it did. Kahan’s soulful voice set her up perfectly for covering Ingrid Michaelson, and Sachs saved the scene on multiple occasions with powerhouse vocals befitting “Waitress” itself. The band not only hit its notes, but did so with a camaraderie that extended into the audience. However, it became difficult to appreciate the musical numbers when the choreography was virtually nonexistent. When there was any form of blocking, it consisted of awkward swaying and tentative waltzes. Most of the time, however, the actors merely stood stock still on stage so that the average passerby would mistake them for a very impressive wax museum exhibit. Even during dialogue scenes, the characters rarely moved or interacted at all. Music is half the battle, but theater is a visual medium, and the directors seem not to have made the mental leap from the page to the stage. 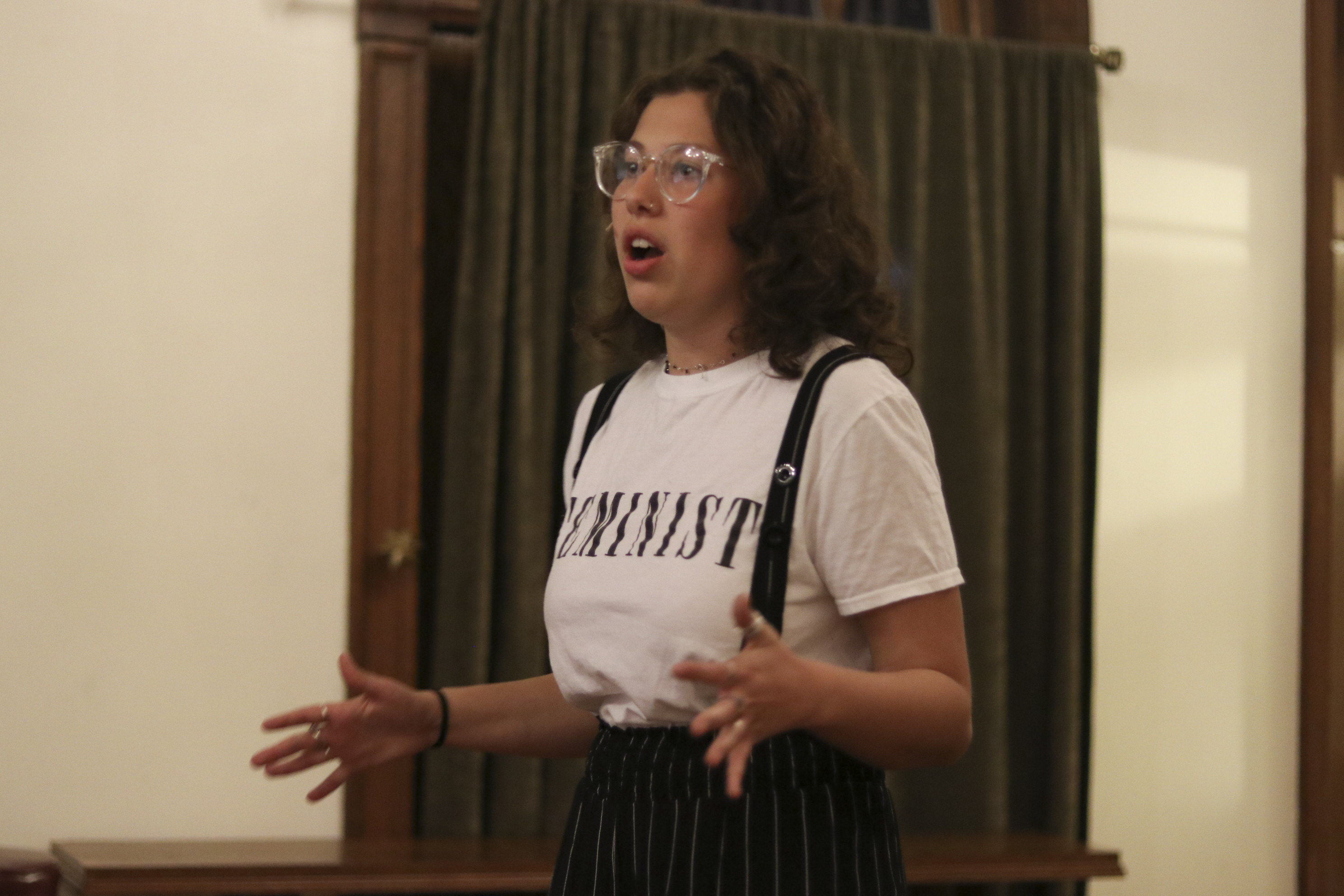 Plotwise, most of the story’s major arcs revolved around drunk karaoke and unrealistic oversharing. For a show that so heavily relied upon intoxicated characters, it seemed very unlikely that either the writers or even some of the actors had ever been drunk before. Most notably, Sam’s brother Derek (Ayjay Mulholland ’21) karaoke-sings “Fergalicious” at multiple points, none of which seem particularly necessary. Derek himself does not seem particularly necessary as a character, except to make the show more uncomfortable than it already is. He is a symptom of his writing—comic relief given too much stage presence with the added vice of not being funny in the first place. To make matters worse, Derek sings several Jason Mraz songs that had not been adjusted to Mulholland’s range, forcing a dangerous vocal fry. At one point, Derek officiates his sister’s wedding in a pink, fuzzy onesie for no explained reason. Derek is like a cartoon character let loose into a boring romcom. Mulholland at least goes all in on her portrayal, but unfortunately, this isn’t “Enchanted.” Once Jason Mraz starts rapping, all bets are off.

Onesies aside, for a show so intent on showcasing their gay representation, “Sweet As Whole” did Sam and Mindy a disservice by writing in as many gay jokes as possible without making sure the couple had any romantic chemistry whatsoever. An entire long-winded bit centered around the pun “en-gay-ged,” and a brief cameo by Sam’s mom (Amy Geiger ’21) only served to launch tired microaggressions. These overplayed bits ended up being surprisingly necessary, because without the less-than-subtle reminders that “Hey, they’re lesbians!” I would honestly forget that they’re playing a couple.

The one-dimensional characterization continued with Francine, who wore a beret throughout the performance. I would have loved to figure out Francine’s place in the show other than a reason to kick Greg out on his ass, but alas, we never get that satisfaction. She only exists to lick Ben and Jerry’s off Greg’s chest, and to serve as a last-minute love interest for Derek. Puzzlingly enough, Francine sings the title song that serves as the climax of the play. Once again drunk at karaoke, she accuses the entire audience of being assholes and bitches. Francine has a right to feel betrayed, but she should really be yelling at her writers.

That’s not to say that “Sweet As Whole” wasn’t thoroughly entertaining at points. It’s clearly a show made with a lot of heart, despite lacking in some amount of brain. During one of the more somber (and successful) solos by Johnny Hayes ’20, the band’s guitarist wanders on stage in a sweet, comical, thoroughly unscripted moment. The actors have clearly muddled through their characterizations to find genuine emotion, and I’ll admit that I teared up a little seeing Jessie and Greg unite (briefly) for the sake of their new daughter. “Sweet As Whole” may not have been wholly sweet, but it showcased a lot of new talent with its cast of underclassmen and transfers. If only it had done them justice.

Brooke Kushwaha can be reached at bkushwaha@wesleyan.edu and on Twitter under the handle @whinefromabox.