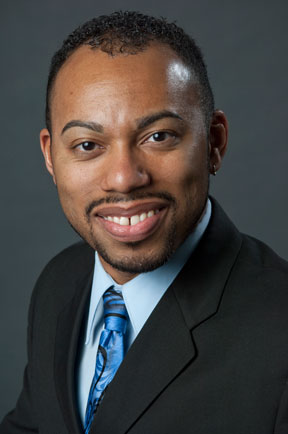 On Monday, Dec. 4, the Medieval Studies Program, the Division of Arts and Humanities, and the Division of Social Sciences, co-sponsored a talk entitled, “Race, Rhetoric, and the Alt-Right’s Middle Ages.” The lecture was given by Cord Whitaker, an Assistant Professor of English at Wellesley College. The talk covered the ways in which the alt-right incorporates the Middle Ages into its ideology, as well as how race was constructed in the Middle Ages.

After an introduction from Professor of English Ruth Nisse, Whitaker began by discussing the Unite the Right rally which took place in Charlottesville, Va., on Aug. 11, 2017. The rally began with a group of white supremacists protesting the removal of Confederate statues and ended in violence with counter-protesters.

Whitaker noted this was odd, as an eagle was often associated with 3rd-century Catholic Saint, St. Maurice. Whitaker referenced a comment from Twitter user “Medievalpoc,” which pointed out that St. Maurice is often depicted as having black skin. Whitaker explained that legends suggested St. Maurice was from Egypt or Thebes, so medieval artists believed that he was therefore likely to be of darker skin.

“Now the Unite the Right rally member’s usage of the eagle is what I would call a rhetorical illusion,” Whitaker said.

He uses the term “racial rhetorical mirage,” which aims to capture the motions and space between material reality, imagination, and signification in language, and how they relate to race. As an example, he cited Jeffrey Jerome Cohen’s 2013 book “Race,” in which the author notes that throughout history, race has been defined and imagined as innate, biological differences, along with other differences such as bodily features and rituals.

He also cited a passage from Geraldine Heng’s book, “The Invention of Race in the Middle Ages,” to further describe how race was constructed in this time period.

“Black is damned, white is saved. Black, of course, is the color of devils and demons, a color that sometimes extends to bodies demonically possessed…” wrote Heng. “Elite human beings of the 14th century have a hue, and it is white.”

Transitioning to the present day, Whitaker noted that invoking the Middle Ages has long been a rhetorical device to create cultural conflicts between “West” and “East,” from post-9/11 speeches from George W. Bush to journalistic reports from Diane Sawyer.

“The Middle Ages has long been deployed to inspire…cultural competition between the West and the East. What is new is the scale and deployment of Middle [Ages rhetoric in domestic politics],” Whitaker said.

The scale of Middle Age rhetoric and allusions is not limited to the alt-right, Whitaker said, but extends to people as powerful and influential in American politics as former White House advisor Steve Bannon, who was inspired by people like Italian fascist philosopher Julius Evola.

Whitaker explained that Evola viewed the knights as superior to Christianity, which was a stepping stone to greater spirituality through chivalry and knighthood. He saw much of what happened after the Middle Ages as the tragic collapse of tradition and civilization in Europe.

“In other words, modernity…destroyed chivalry and the [stature] of the knight,” Whitaker explained.

Whitaker later elaborated on the link between Middle Age class structure and alt-right ideology, noting that the concept of a Middle Age hierarchical caste system, in which social mobility was unfeasible, is appealing to the alt-right.

This interest in societal hierarchy is not limited to Bannon and his ilk, but extends to even-further-right, fascist-inspired groups. Whitaker cited a post on Stormfront, a neo-Nazi website, which states that no one was “enslaved” in the Middle Ages, a time when there was little social mobility for anyone.

“The belief that everyone was a slave during the Middle Ages is a liberal lie. Serfs were serfs, and happy that way,” the post reads.

Whitaker shifted his focus towards understanding the rhetorical tricks the alt-right deploys to justify its ideology. Scholars have argued that members of the alt-right are induced to believe a false narrative through rhetorically closed loops, in which a listener becomes caught in a semantic circuit. Each piece of evidence seems to lead to another piece of evidence, creating a self-fulfilling prophecy that appears logical.

“Take a yellow star in Nazi Germany, or black skin in the American context,” Whitaker elaborated. “It begins as a symbol…[but it] comes to delineate who is trustworthy and who is not…who is spiritually beautiful and who is ugly…and depraved. So to speak of undeserved wealth brings to mind a Jewish person…. Symbols and conditions are brought into these rhetorical loops…[to the point where it] now appears that the Jewish person is avaricious…”

For the last section of his talk, Whitaker turned his focus to Medieval scholars who study race in the Middle Ages, and how medieval conceptions of race influence the modern day is not worth discussing. He cites three common arguments from scholars: the Middle Ages were so different from today that it cannot be similar or connected to any issues of today; racism itself is a modern construct not present in the Middle Ages; and that much of medieval Europe was entirely white. Whitaker believes these arguments fall into a contemporary racial rhetorical mirage of whiteness.

“When a scholar argues that race is too anachronistic a concept to discuss in the Middle Ages…[they] engage in the semantic closure that affects modernity, Whitaker said.“This, I would argue, is a decidedly modern, and not medieval, mode of thought.”

Addressing the third point, Whitaker noted that the conception of the Middle Ages as uniformly “white” is inconsistent with a medieval conceptualization of race. He explained that medieval people would not recognize the idea of racial homogeneity that is projected into the era.

After Whitaker finished the talk, Nisse opened the floor to questions.

One audience member asked about how the alt-right responds to the fact that much of contemporary Christianity in the United States is Protestant, while in the Middle Ages, Catholicism was more prominent.

“I would argue this is probably one of the reasons most alt-right public speakers…they don’t say a whole lot about Christianity ever,” Whitaker said.“And when they are confronted with it…they find ways around it…. There’s a kind of side-stepping that goes on.”

Assistant Professor of Letters, History, and Medieval Studies Jesse Torgerson asked Whitaker about the role of medievalists in modern discourse about the Middle Ages.

“You kind of mapped out… [even] before last summer, there are annoying things that medievalists are trying to fight in public discourse,” he said. “I want to push you more on your own views about finding a way forward…. What’s the way for medievalists, in this climate, to propose something productive? What’s your take on a positive way forward for the field?”

He noted that modern understanding of the Middle Ages is 18th- and 19th-century literature-based, and therefore tends to erase the racial heterogeneity.

“You end up with a world in which it’s reified and constantly repeated that it was a homogeneously white Europe and that’s all you need to be concerned with To answer your question simply,” Whitaker said.“Medievalists need to be talking about race…and that is the path forward. Then you can de-naturalize a highly constructed [view] of the Middle Ages.”

Ronald Kelly ’19 also asked about how the alt-right maintains an ideology of white supremacy in spite of conflicting ideas within their philosophy.

“The ‘locus’ of alt-right thought is about how the purity of white culture is the freedom from modern diversity…” Kelly said. “How do they reconcile both isolation and supremacy in this medieval world that they seek?”

Whitaker offered a final word on the paradox of alt-right ideology.

“[They might respond by saying] we are not white supremacists; we are white nationalists, we desire an ethnostate…” Whitaker responded. “It is ultimately separatist, while, at the same time, they are [claiming] a state that already has other people in it, and saying those people should get out.”

Henry Spiro can be reached at hspiro@wesleyan.edu and on Twitter at @JudgeyMcJudge1.