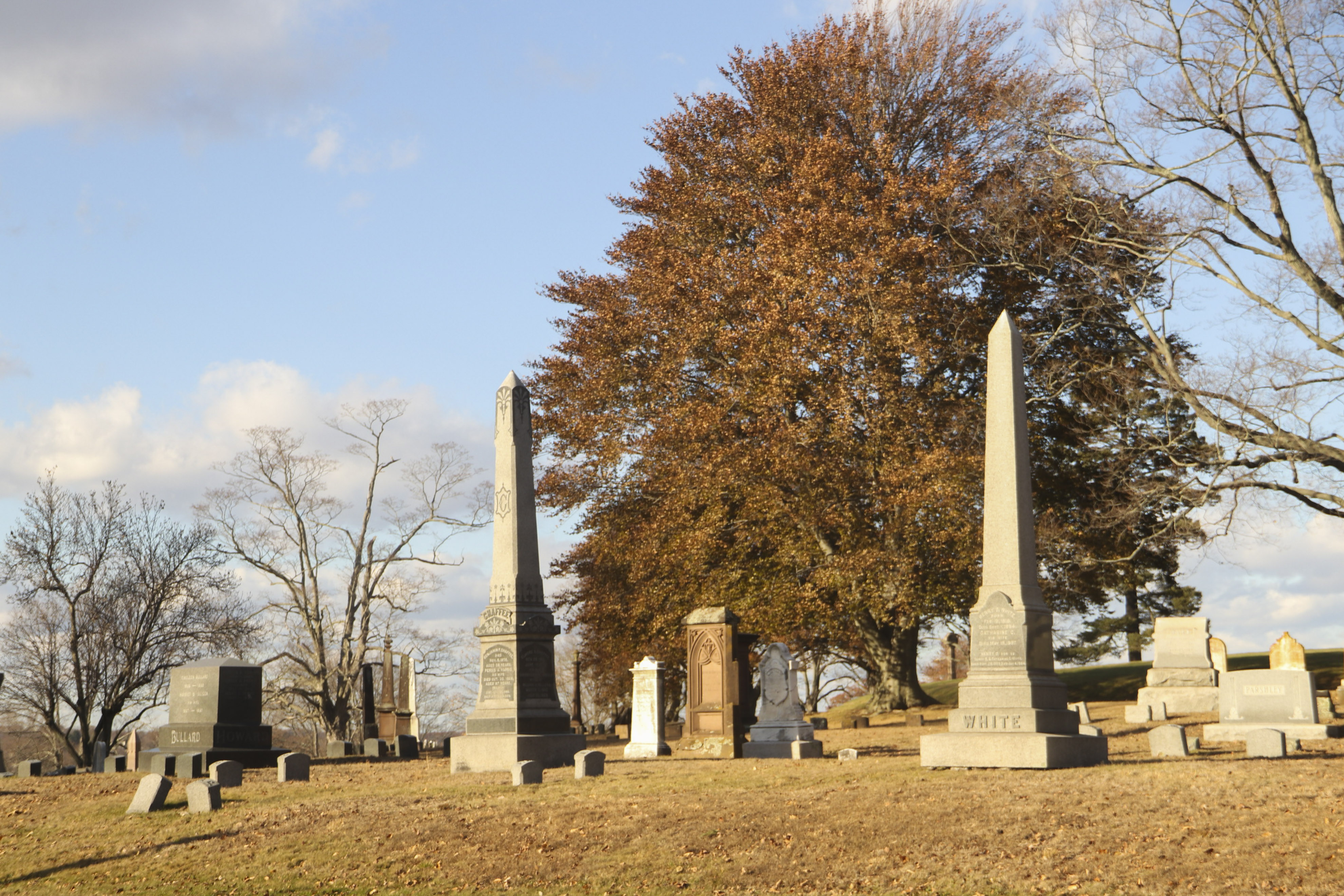 “Indian Hill Cemetery is an integral part of our community,” said University President Michael Roth ’78 in 2015.

Whether the Indian Hill Cemetery is a location that University students quickly walk past or whose spookiness compels them, the true history regarding the graveyard’s construction is where the most frightening story resides. And the “official” history as told by the cemetery’s founders may not be as untarnished as it appears.

Indian Hill Cemetery was constructed in 1850 by the Indian Hill Cemetery Association, an organization formed by Middletown’s elite in the midst of the Rural Cemetery Movement. This mid-19th-century campaign intended to use cemeteries as a means of forming a distinctly American national identity.

“I will argue that the creation of Indian Hill Cemetery was a project aimed at planting an Indigenous extinction narrative into the American land itself,” Kavanagh proclaims.

In the mid-19th century, the Wangunk tribe was still present in Middletown and resided on Indian Hill, which had been put aside for “the heirs of Sowheag,” a Wangunk chief. Europeans claimed that this tribe was extinct, a falsehood that became central to Europeans who were attempting to cement an American identity and origin story in the area. The production of such extinction myths served as the basis for the cemetery’s construction. To allow for the birth of American identity, according to Kavanagh, the Wangunks were to be transformed into the “hallowed ashes of a race.”

“The cemetery, he hoped, would present the illusion of an ‘immemorial [American] past’ upon which to build a ‘limitless future,’” Kavanagh explains in her essay.

Olin’s intentions proved persuasive. Indian Hill Cemetery’s founders, quite aware of the existing power imbalance between Native Americans and white settlers, refuted accusations of hostility in their relations with the natives. Even after stripping the Wangunk of any right to the land, these founders kept the land’s original name, Wune Wahjet, translated to “Indian Hill,” which served as both a facade of respect for Native American heritage and a subtle mark that ownership of the hill had changed hands. A plaque of an Indian—in attire that inaccurately depicted what natives of New England would wear—was placed atop the gates of the cemetery. The founders took little notice of the current history of the Wangunk and, in cementing their own identity, altered the natives’ existing culture. The Wangunk’s existence was turned into a history. 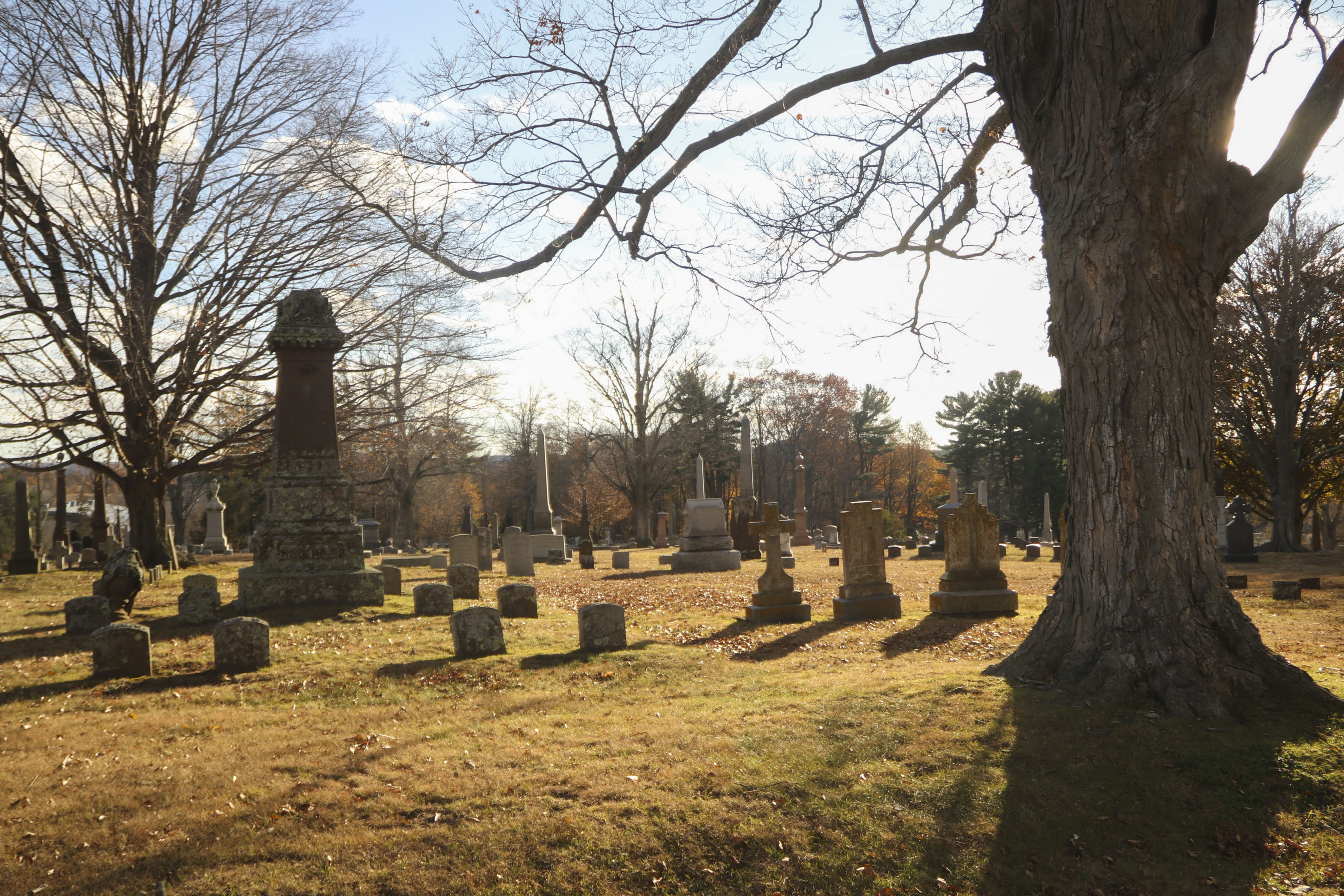 Reverend Frederic J. Goodwin, the keynote speaker at the cemetery’s commencement, exploited indigenous culture to demonstrate the necessity of the European presence.

“He drew parallels between indigenous peoples and Americans by stating that given the choice, Americans would pick the same location to lay their loved ones to rest as the indigenous peoples had,” Diana Dominguez ’18 explained in an article on the cemetery. “And that whites ultimately seemed destined to suffer the same fate as Native Americans, ‘the people who perished.’”

“An identity’s constitution is always based on excluding something and establishing a violent hierarchy between the two resultant poles,” Stuart Hall adds in his book “Questions of Cultural Identity.” “An identity is not a point of origin and stability, but is constantly destabilized by what it leaves out.”

Renée Bergland concurs in “The National Uncanny,” arguing that the establishment of the Indian ghost in literature and art is what preserves the American identity.

“In the case of Indian Hill Cemetery,” Kavanagh asserts, “the Indian is quarantined alongside, and thus equated with, the dead.”

However, to criticize the foundation of Indian Hill Cemetery is not to dispute the value of its current presence. As it stands today, the Indian Hill Cemetery Mission Statement is to “…maintain the Native American heritage of the land.” The existence of the Wangunks during the mid-19th century and the hostile relationship between European settlers and Native Americans are facts now recognized on the cemetery’s website.

Nevertheless, the task of historicizing the treatment of Native Americans in the Middletown area still remains a complicated issue.

“The most tangible evidence of that which comes to mind is the human remains of Native American tribes that are still possessed by the University, not because we want to possess them now–we’ve been trying to repatriate them—but because back in the day they were stolen from people who were regarded as subhuman,” Roth said of the University’s complicity in shameful historical moments in an interview with The Argus earlier this year. “It’s disgusting, it’s horrible, and I think you learn from that history, but we can’t erase it. The guilt is not useful, but learning from history, and the University’s participation in racist and exploitative acts, I think that is useful. And there are professors here who teach classes in that and develop publications about it. And I think that’s really useful because, like other institutions in this country, we did participate in events that, in other moments, we came to view as horrific.”