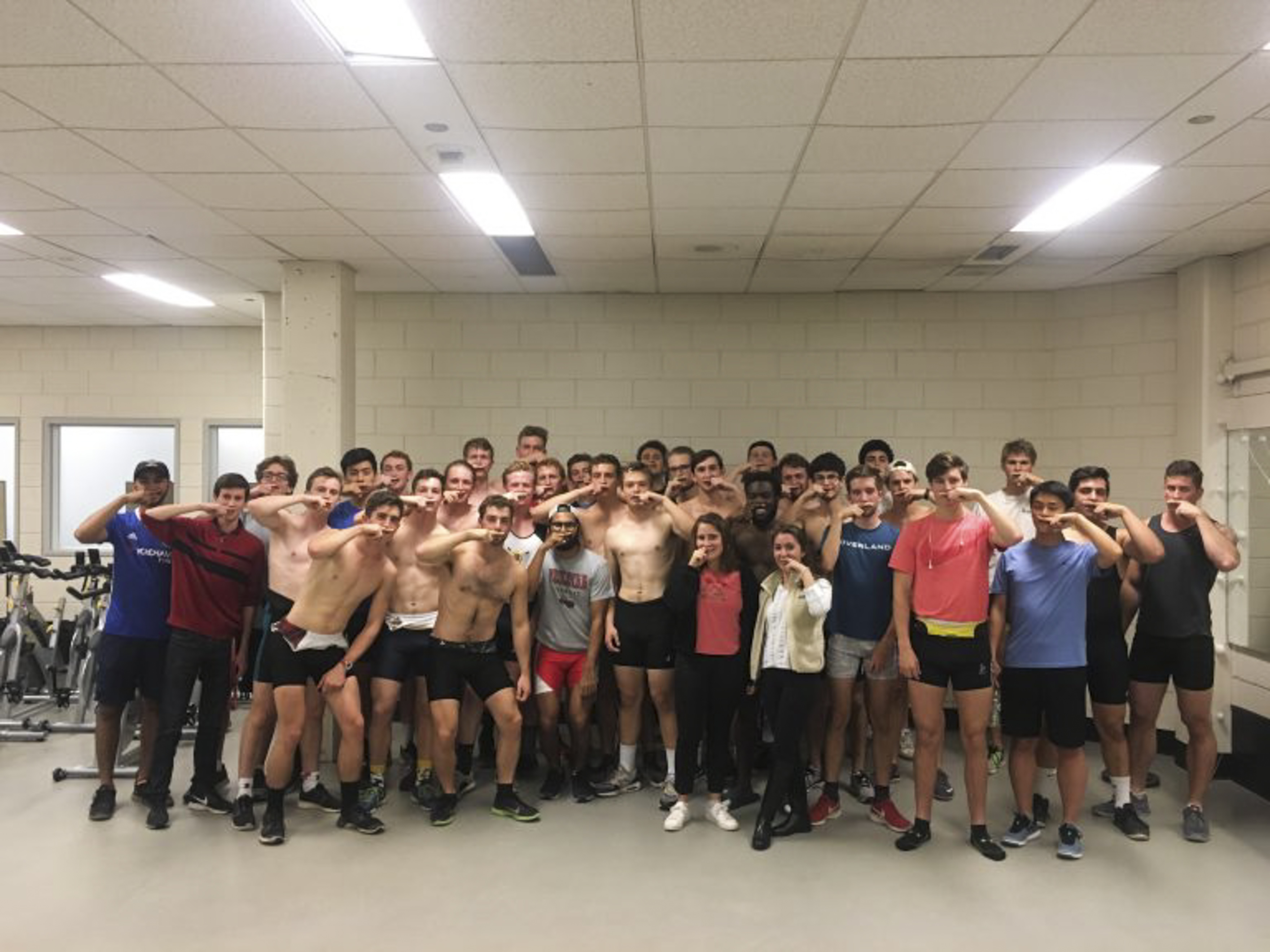 Throughout November, University students, athletes and non-athletes have been working to raise funds and awareness for men’s health issues. This continues the University’s four-year partnership with the Movember Foundation and its official campus representatives.

The Movember Foundation, founded in 2003, is a men’s health organization whose mission is to fight a host of illnesses and “diseases of despair,” including overdoses, alcoholism, and suicide, that contribute to American men’s declining average lifespan.

“Our fathers, partners, brothers and friends face a health crisis that isn’t being talked about,” their website reads.“Men are dying too young. We can’t afford to stay silent.”

Movember Foundation’s primary focus is on prostate cancer, testicular cancer, mental health, and suicide prevention. They believe that by the year 2030, they can reduce the number of men dying prematurely by approximately 25 percent.

To pursue this goal, the Foundation employs three different strategies. The first is encouraging the growth of facial hair, usually in the month of November. Often referred to as “No Shave November,” participants neglect their razor for the month and garner donations from friends and family to sponsor their hirsute pursuits and various men’s health causes.

The second is a Foundation campaign to promote physical activity and fitness. Individuals can open a donation account and chronicle their exercise regime, committing to training in exchange for donations. Finally, the Movember Foundation also encourages participants to hold fundraisers to contribute to this cause financially.

In 2003, the Movember Foundation started with 30 members all willing to grow their mustaches to raise awareness. As of this year, that number of participants exceeds five million. The organization now operates on a global scale, helping fund over 1,200 men’s health projects in 21 countries.

At Wesleyan, men’s crew member Luke Forsthoefel ’20 is this year’s Movember Foundation official Campus Representative. He has led numerous events to help raise money and awareness at and beyond campus.

The main event was a dodgeball tournament open to the entire school, held on Nov. 11. 21 teams and over 100 players participated, and the tournament alone raised $1,080. Along with the rest of the rowing team, Forsthoefel has organized smaller activities like a corn hole tournament, haircuts for the cause, and a raffle.

Much of the funds have come from the families and friends of the student body, as well as alumni. These donors have sponsored students growing mustaches and those willing to undertake more strenuous physical challenges—committing to running, walking, or exercising according to a specific plan for the whole month. Dubbed the MoveChallenge, the exercise-oriented challenge strives to make the movement more inclusive, rather than just for those who can grow mustaches.

As of November 25, $8,391 has been raised. Men’s crew led the charge for most money raised; their original goal was $2,500, but they’ve gone above that and brought in over $3,500. Other Wesleyan teams have pitched in as well: the lacrosse, baseball, and ice hockey teams.

Donations can be made on the teams’ pages on Movember Foundation website.

“My favorite part about this month has probably been seeing how well so many people have done taking the initiative to help the cause,” Forsthoefel said. “Although I am the campus representative, there’s no way I can manage and organize every single thing each person or team does to raise money and spread awareness. I have been the guiding hand for teams to remember to keep it up throughout the month but
the support of so many people on various teams has made it possible to raise the thousands of dollars we have so far. It’s been awesome to see that support and mustaches around campus.”

Zoe Kaplan can be reached at zkaplan@wesleyan.edu.