Belichick Family Honored With the Opening of Belichick Plaza 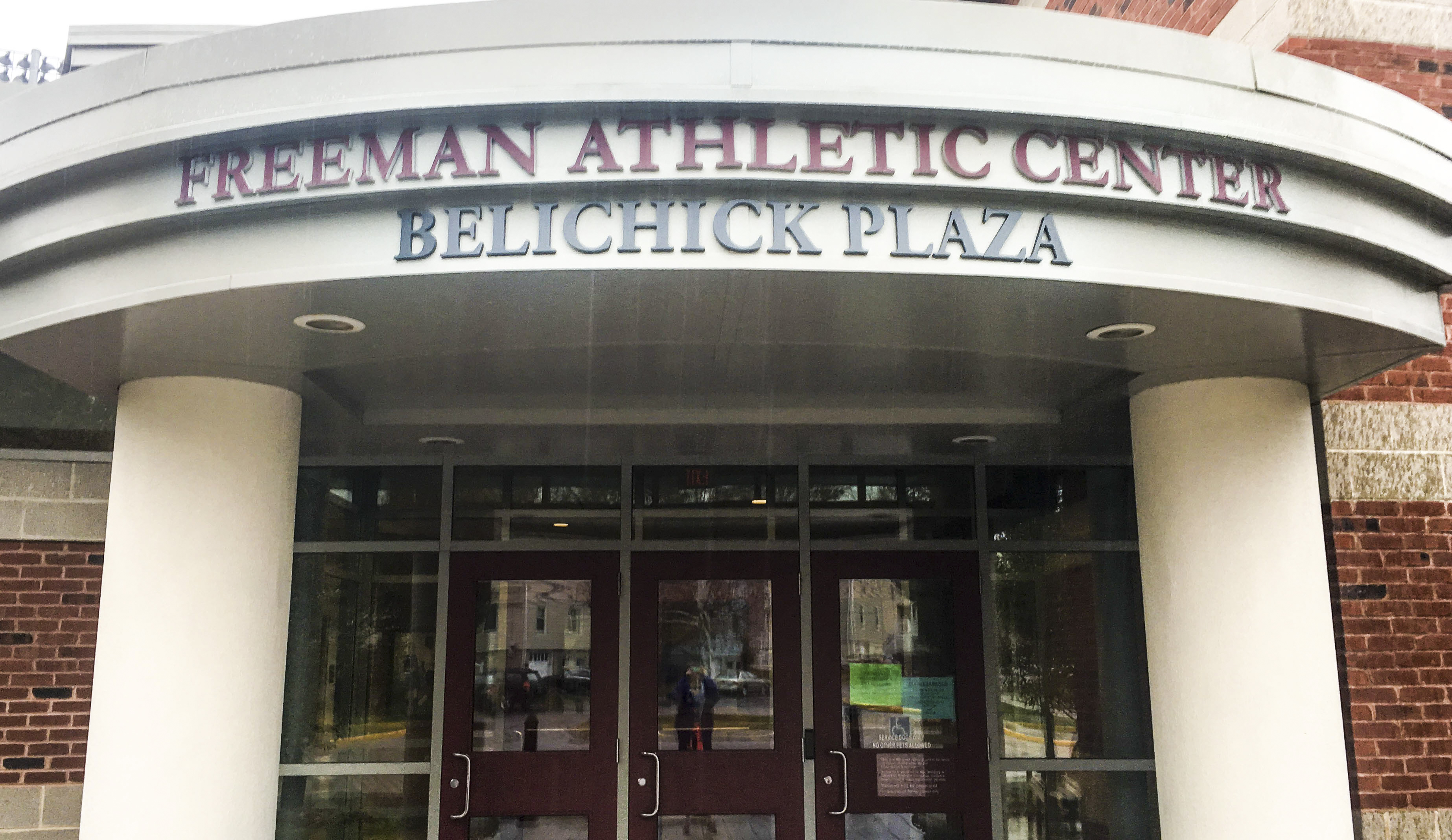 New England Patriots Head Coach Bill Belichick ’75, P’07, Hon. ’05 and his daughter, Amanda Belichick ’07, visited campus on Nov. 3 during Homecoming/Family Weekend. The Belichiks were on campus for the opening of Belichik Plaza, a lobby at the Freeman Athletic Center.

Bill Belichick has received an honorary doctorate from the University as well as the Baldwin Medal, the highest honor awarded an alumnus for distinguished achievement. As a student, Amanda Belichick was the captain of the Lacrosse team. She later coached the Lacrosse team from 2013-2015 while acting as an adjunct professor of Physical Education. Currently, she works as the coach of the women’s Lacrosse team at the College of Holy Cross in Worchester, Mass.

The Belichicks began their visit by greeting and speaking with the Wesleyan football team. 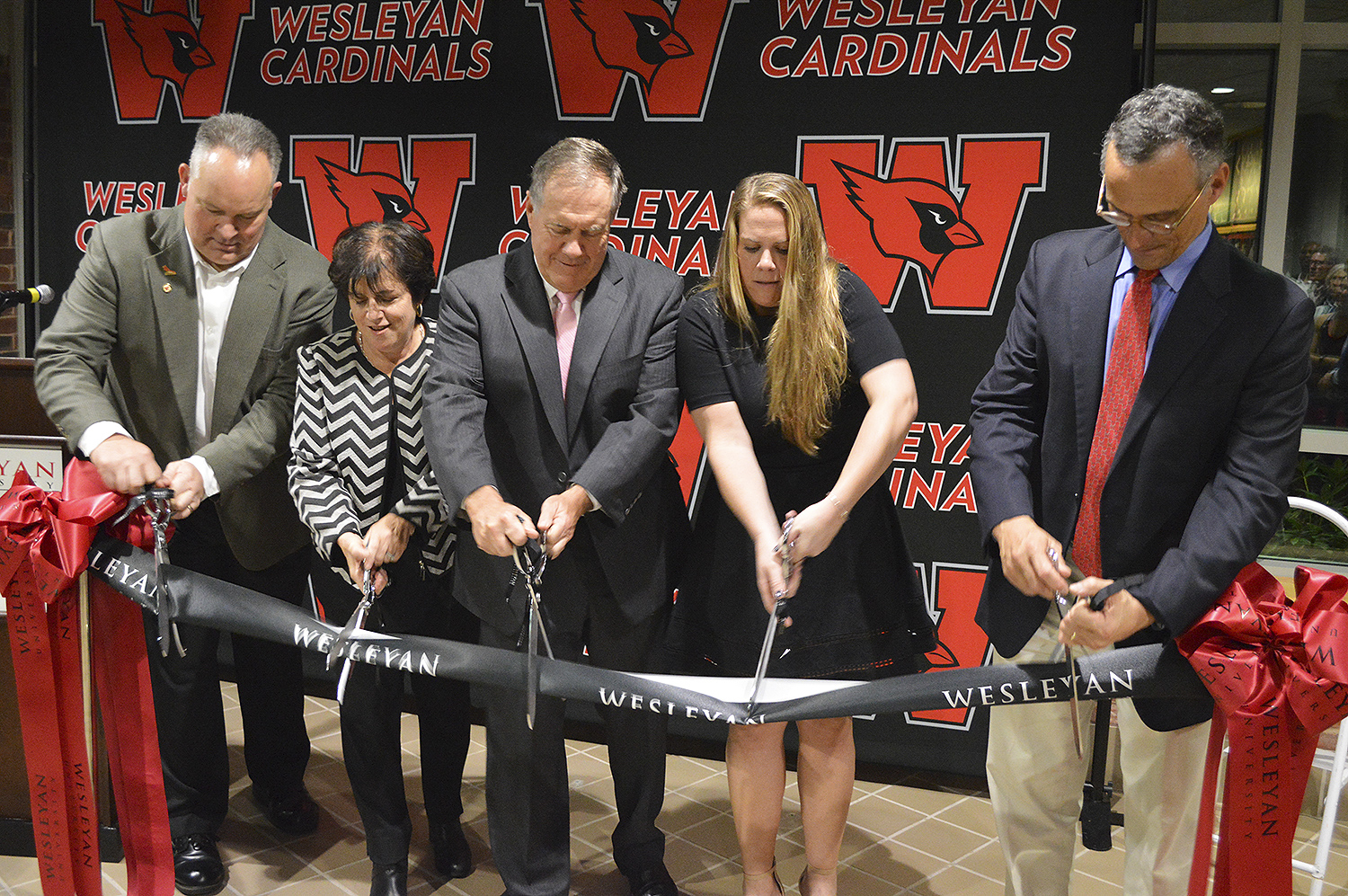 “He came and talked to the football team,” Hallvard Lundevall ’20 said. “We were practicing and he came out, sat us all down in Middle Field, and gave us a talk about the Williams game we had coming up. He spoke about Robert Kraft’s son—who actually went to Williams—and he spoke about the rivalry and the chatting that he does with Robert Kraft back and forth, like who’s winning and who’s losing. He was just saying to us that he was hoping that he wouldn’t have to wear a Williams jersey next week and that Robert Kraft wouldn’t have to wear a Wesleyan one. It was pretty cool.”

After speaking with the team, the Belichicks attended a reception in the newly named Belichick Plaza, located at the Warren Street entrance of the Freeman Athletic Center. Mike Whalen, the Frank V. Sica Director of Athletics, Board of Trustees Chair Donna Morea ’76, P’06 and President Michael Roth joined the Belichicks for a ribbon-cutting ceremony. 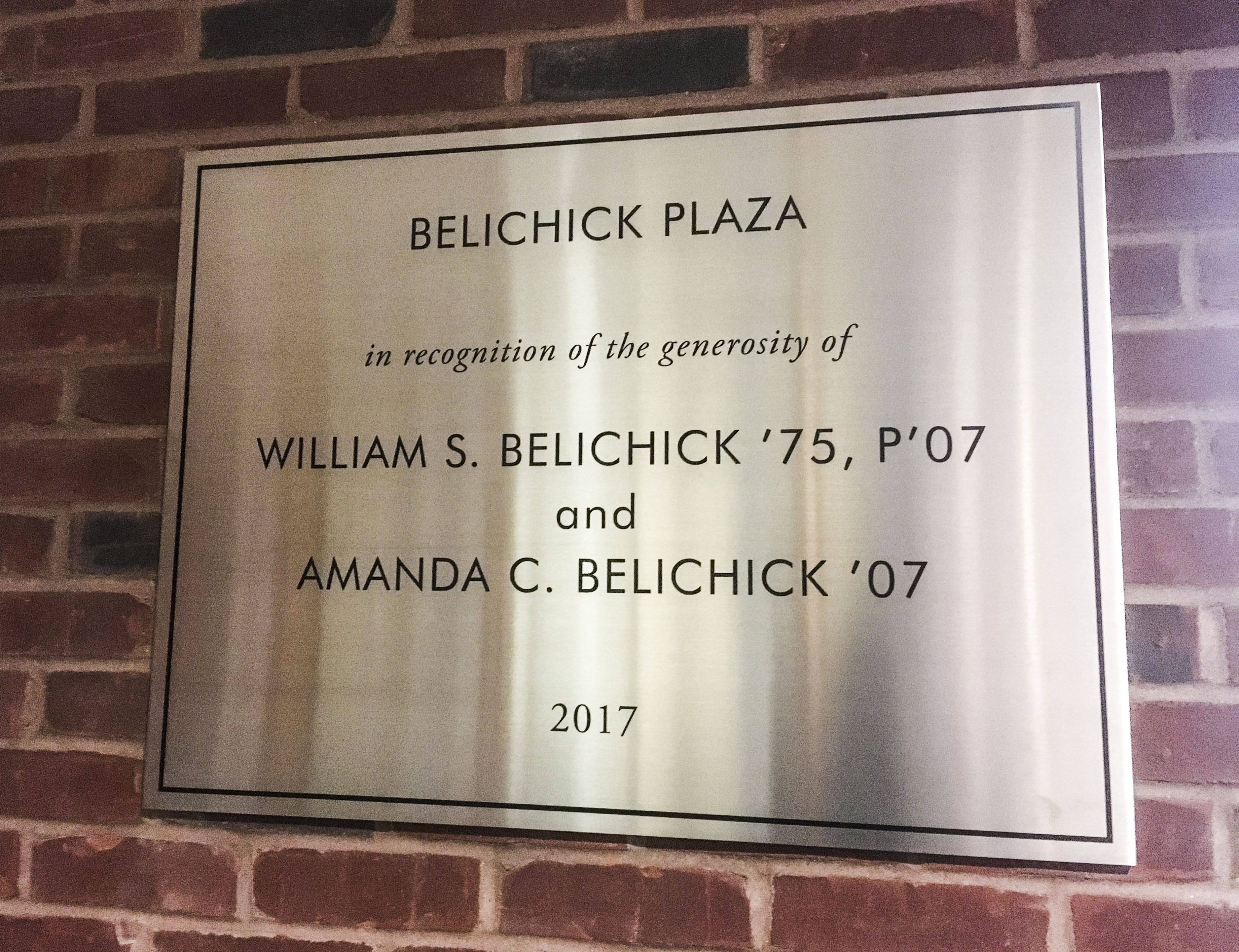 “Belichick Plaza is named for both Bill and his daughter Amanda ’07 to celebrate their loyalty, leadership, and generosity to Wesleyan and to Wesleyan athletics,” Morea wrote to the Argus in an email. “It also recognizes the Belichick family’s legacy of excellence. The Belichick family is generous to the University both with its time and with financial resources.”

Whalen also presented the Belichicks with personalized sweatshirts. After opening the gifts, Whalen and Belichick cut the sleeves off of the new sweatshirt, in the spirit of the sleeveless sweatshirts Belichick wears on the field.

“I think the best part of the night was when Bill and Mike Whalen ’83 cut the sleeves off of the Wes sweatshirt,” Morea added in an email to the Argus.

Whalen, Morea, and Roth all praised the Belichicks, citing their financial contributions to the University and their role as exemplars of effective leadership.

“As I’ve stressed in my role as Athletic Director, at Wesleyan we strive for excellence in all that we endeavor as does the Belichick family,” Whalen told the Argus. “For those who pass through its doors, Belichick Plaza will be a reminder of the winning culture we continue to build each and every day.”