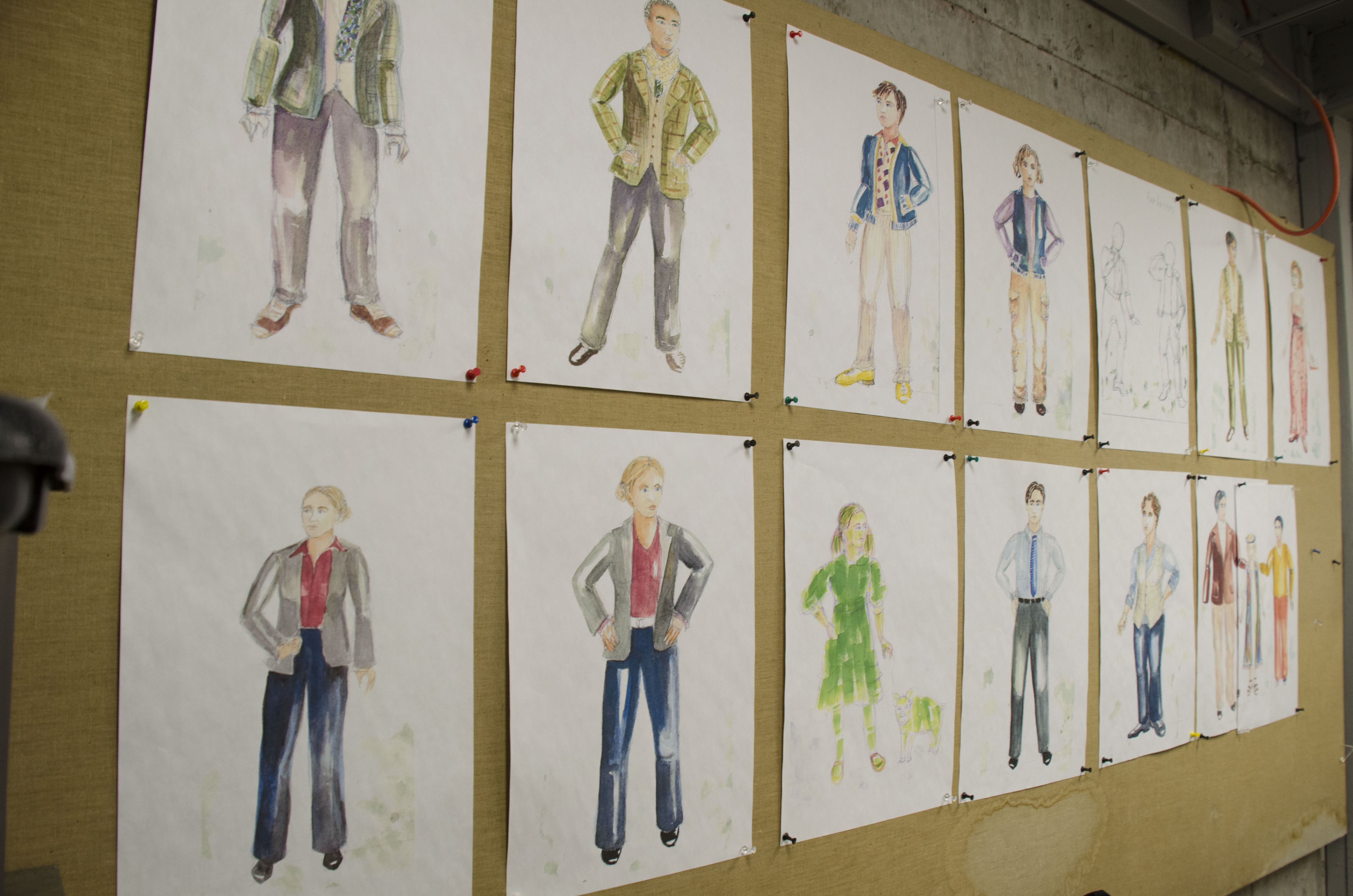 A translucent fabric enmeshes the stage of the CFA Theater, shrouding it in an eerie and esoteric filter. A bed is placed in front of this shroud, positioned at an angle to the audience. It must be a jail cell, with gray bars enclosing a utilitarian chair and bedspread, the ghost light in the center beaming a blinding luminance amidst the theater’s dark hues.

It’s right after Sunday rehearsal, and the actors have departed after 12 hours of practice with near-final costumes, lighting, and tech. The production crew lingers behind to refine and streamline the show’s progression. Debates spark over the best way to arrange a crucifixion and the safest noise level for gunshots.

These are the final stages of the “The Pillowman,” a psychological thriller penned by Martin McDonagh in 2003 that the University’s Theater Department is putting up as the Fall 2017 Faculty production. In this dark comedy directed by Assistant Professor of the Practice in Theater Edward Torres, the audience will witness how a popular author of macabre stories is held in custody for a series of gruesome child murders that eerily mirror the voice and details of his books.

To those of you planning to see the play: Brace yourselves. Gore, graphic violence, and explicit language are not infrequent. You will see students perform sharp, stimulating characters, whose mouths will burst out profanity and racially charged lines alongside engrossing ones. Accounts of child abuse, sexual assault, and child murder will be depicted, as well as disturbing portrayals of mental illness.

But the play’s content doesn’t brim intensity without deliberateness. Shana Laski ’19, who plays the role of Detective Tupolski, explains how the storyline plays on universal themes that seem to maintain relevance regardless of time period.

“‘The Pillowman’ is not like any show I’ve ever been in,” Laski said. “Between the actual subject matter, its relevance to today’s politics—without having to change much to fit the times—has been wild.”

It’s clear that the play’s modern relevance resonated with Torres, who was once a former criminal defense investigator for post-conviction death penalty cases in Chicago.

“In regards to issues related to the criminal justice system, ‘The Pillowman’ took me by surprise,’” he said. “It dealt a lot with the death penalty, for example, and how—whether it’s in the play’s totalitarian state versus the U.S., it makes no difference—how can the state be afforded the opportunity to kill its own citizens?”

Torres sees his work experience reflected in “The Pillowman’s” characters.

“Martin McDonagh has turned it upside down,” he explained. “Everyone in this play is a victim, including the detectives who try to mete out justice. We’re all victimized in trying to understand the humanity.” 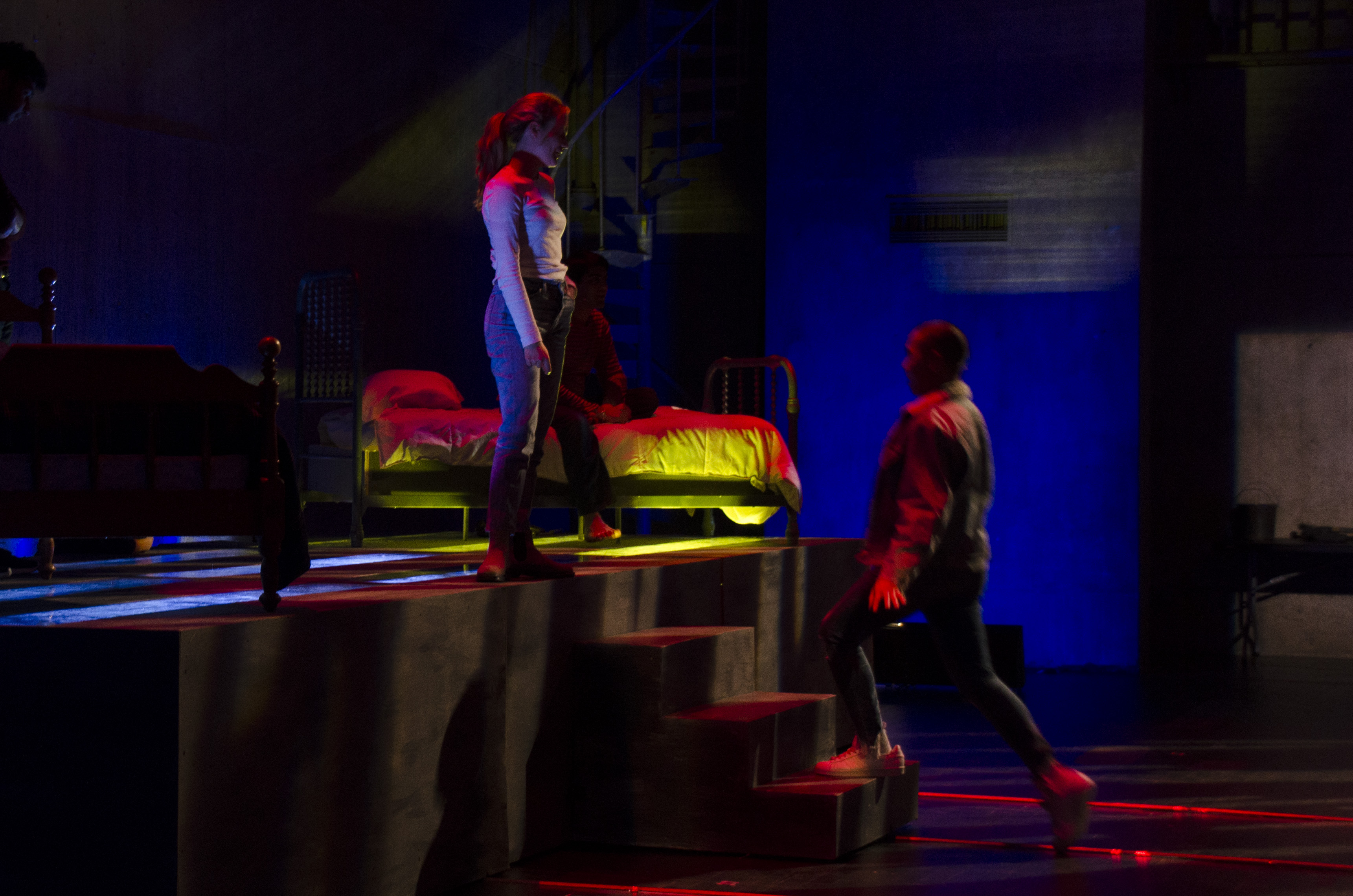 Despite the play’s challenging material, professional training is not required for students to work on faculty productions. Often, all it takes is dedication, initiative, and consistency. Take Assistant Director Isaac Gotterer ’19, who knows Torres from taking his Directing I class.

“It’s been a really cool experience being in a professional theater environment with professors,” Gotterer said. “It’s cool to see all these things we’ve been talking and discussing and arguing and laughing about in [our production] meetings to be fully seen on stage.”

“The Pillowman” has also presented new opportunities for a number of students in the cast. Halie Binstock ’19, who plays Ariel, felt that the script offered her a chance to expand upon her acting skills beyond her usual genre.

“A lot of my acting experience has been comedy, which has been fun and great,” she said. “But the chance to engage with something so real is wonderful. To work with the other actors in this cast who are able to go to such a deep place in such a real way has been such a treat.”

“The Pillowman” will have two casts, each performing on a different day of this weekend.

“The two casts give meaning to the play in two different ways, while giving certain actors experiences of roles they wouldn’t normally portray,” Torres explains.

For example, the character Katurian is played by a white student in one cast, but a student of color in the other, lending a different context to his being held in custody.

The rotating cast isn’t the only change Torres has made to his adaptation of the 2003 script. Tupolski, a male detective in the original script, is played by Laski in this version, which adds dimensionality to the character, primarily by placing a woman in a typically male-dominated field.

“She’s a badass lady with a hell of a background which takes a toll on her professional life,” said Torres.

Along with encouraging students to take charge and being heavily involved in the show’s development, Torres has also tried to open up the play by including younger voices, particularly those of hip-hop.

“[The rap segments] allow the audience to keep track of the story instead of being too emotionally invested,” said Torres. “It’s a moment of breath.”

Qiyuan Zheng ’20 and Kyle Shin ’20, two of the rappers for “The Pillowman,” will be performing rap music that they wrote based on their readings of the script.

“Our role is to use hip-hop as a medium to allow the audience to familiarize and get the vibe of this very intense play,” said Shin, the show’s opener.

“Think of us as kind of helping hands throughout the play,” said Zheng, who will be rapping during the climax. “We learned a lot about the process of blending music with theater, as opposed to just making music itself.” 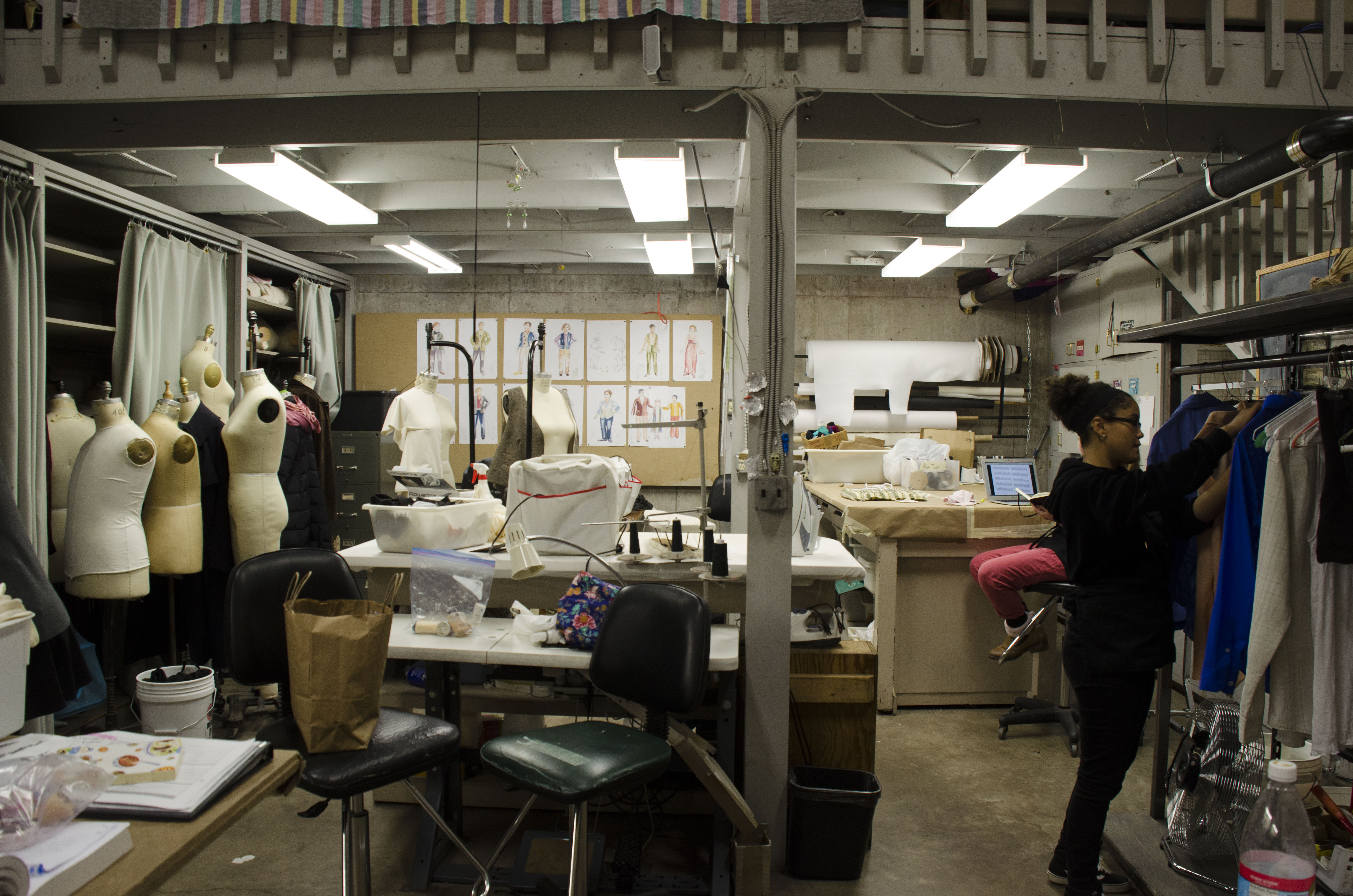 Shin also mentioned that both of them were somewhat new to the roles they took on in this production.

“We’ve been working on elements that we haven’t really had any formal training in,” he said. “This being our first faculty production, we’re both lucky and happy to have training with different vocal techniques and staging.”

Overall, the presence of rap means that the play’s numerous social issues can be examined from a literary point of view while still injecting the student body’s creativity.

“I hope that people will see the play for what it is—a conversation about the issues of justice and injustice, of abuse, of crime, and so forth,” Torres said, as he locked up for the night after rehearsal. “We really put our heart and soul into this production.”

His vision for this show is to not just have it be a thrilling narrative about the human condition but also a stepping stone for more student participation in large productions, especially from students of color. Through a fusion of inclusivity, collaborative spirit, and student and faculty talent, “The Pillowman” is a forward-looking exploration of pressing questions about race, politics, violence, and humanity that we face on a daily basis.

“The Pillowman” opens this Thursday evening at 8 p.m., followed by shows on Friday at 8 p.m., Saturday at 2 p.m., and Saturday at 8 p.m. There will also be post-show talk-backs after Thursday’s show and the Saturday matinee, where you can hear from Edward Torres and share your thoughts with him.

Adam Rahman can be reached at mrahman@wesleyan.edu.