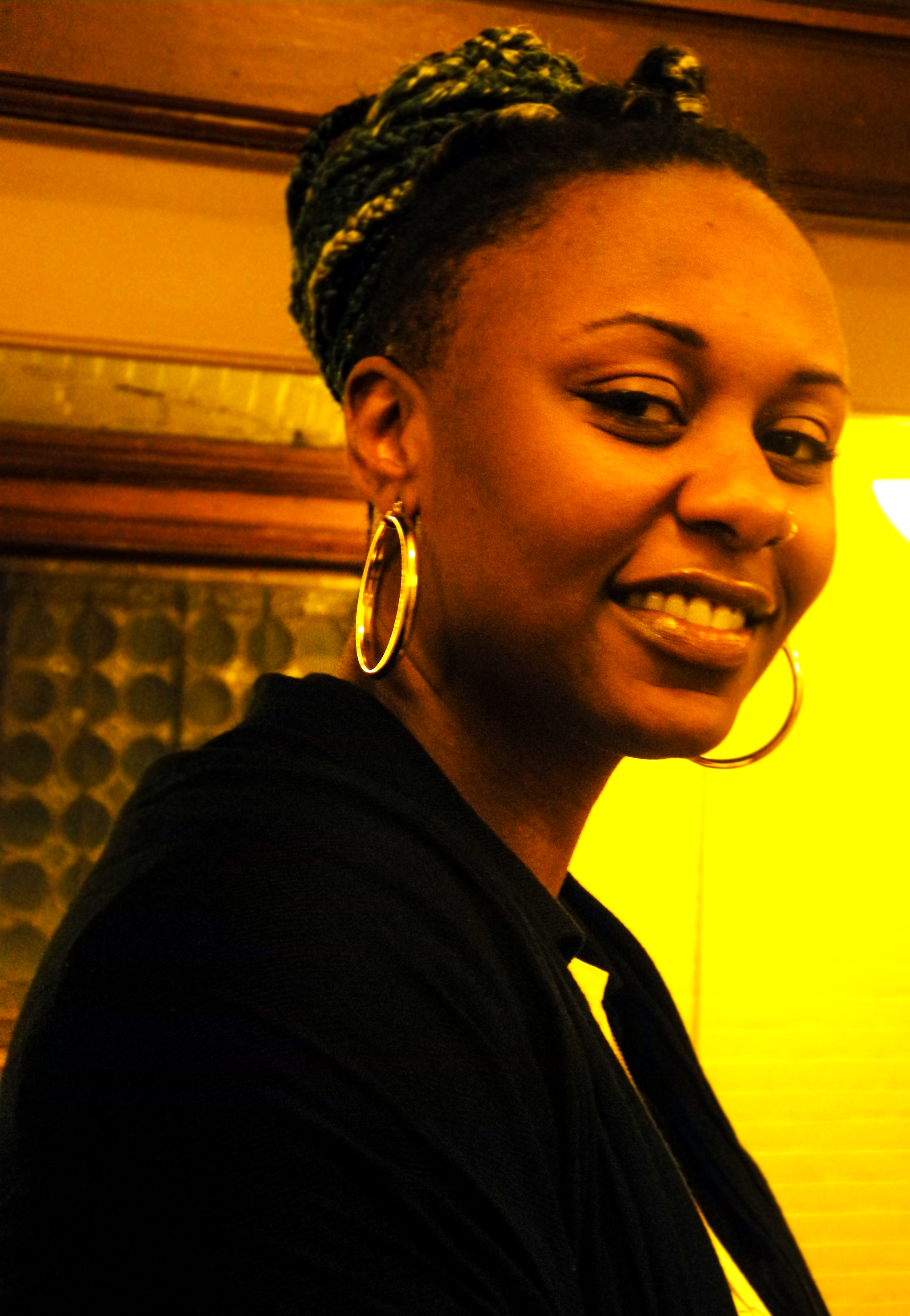 Gabe Hurlock ’20 still finds it difficult to believe she ended up at Wesleyan.

In 2005, when she graduated from high school, she couldn’t afford to consider any sort of college experience, at least not in the traditional sense. At the time, she was more preoccupied with finding a way out of Atlanta, Ga.

“By the age of 19, I was like, I need to leave America… or at least get out of my hometown,” Hurlock said.

Without a word to anyone, she joined the Air Force and in three months time, she was off to basic training, arriving soon after at her first duty station in Germany. Hurlock remained overseas for seven years, transitioning from her base in Germany to a base in South Korea, and later, to one in Italy. In 2010, she served in Afghanistan.

Throughout her time in the military, Hurlock acted as an A10 aircraft technician.

“Basically, I’m a pneudraulics specialist,” she explained. “I can work with pistons, I can troubleshoot pressurized systems. That’s my skill set.”

Upon her return to America, however, Hurlock found that these skills didn’t translate as well as she had hoped. She also struggled to adjust to life in Atlanta; mostly, she was disheartened to find that the city’s problems seemed to have been exacerbated in her absence.

“When I was young, I didn’t really realize how much was internalized by people,” Hurlock said. “So I was immediately just disappointed and saddened. But at the same time, I thought to myself: ‘How can I, as a veteran, keep this strength, keep this courage maintained in this life and in this environment?’”

Hurlock was initially unable to obtain a job. Despite the fact that Atlanta is a highly commercial city with an economy predominately controlled by large, corporate companies, employment opportunities were limited.

Instead, she took an alternative route, enrolling in film school at the Art Institute of Atlanta. It was here that she discovered she could use film for activism; it provided a way for her to channel her anger and her disappointment with her city and, more specifically, with the treatment of the city’s Black population.

“I didn’t have access to resources,” Hurlock said. “But I [did] know I had something to say.”

She began to work on various projects, including the award-winning 2015 short #thetimeisnow. Directed by Yahya McClain, the film examined the lasting consequences of police brutality and served as a criticism of a society which had become numb to death.

“Those who are numb to [death] are oftentimes just numb to seeing it replayed in the media,” she said. “But when you have actually lived that experience, you can’t just get over it. I don’t want to keep living in a world where I have to keep adjusting myself to more and more violence and more and more senseless death.”

She would have stayed at the Art Institute of Atlanta for a full four years if she had not been awarded a Posse Scholarship, offering her acceptance to Wesleyan. Hurlock had applied for a Posse Scholarship once before when she first left the military.

“I was coming from a very structured environment where my thoughts were handed to me, and I went into that first Posse interview… I guess I didn’t come off as very confident,” she said. “But I didn’t allow that to disappoint me or discourage me.”

In September 2016, Hurlock started at Wesleyan, where she is not only a Posse Scholar but also a Patricelli Fellow. Since coming to the University, she has delved into her strong passion for philosophy, which, like film, she considers a mode of empowerment and of activism.

She was accepted into the College of Letters major that spring, with a desire to create space within the major and within the discipline of philosophy where it had previously not existed, to highlight voices of those unrepresented and historically silenced.

“In the humanities, [philosophy] is the least integrated,” Hurlock said. “It is 90 percent white male. So when you’re studying philosophy, especially western philosophy, there is a certain knowledge you can achieve from that, but because so many people, like myself, cannot see themselves in those texts, you know, in ‘The Odyssey,’ necessarily… I might have to be the one to do a little of the translating work, so that people of color or women can see themselves in these topics.”

For Hurlock, philosophy is informed by her life experiences.

“My love for philosophy came from the fact that, for people of color, for Black people in America, there is a very deep un-groundedness,” Hurlock explained. “A lot of what is broken about our society is that we don’t really understand our world. Philosophy does the work of sorting that out. Now I know how anti-blackness is still very prevalent, and it’s functioning and it’s profitable, and I am angry…. Philosophy gives me the tools to articulate [my feelings].”

In order to share her passion with others, Hurlock helps with the Appalachian Scholar Project, teaching basic philosophy in West Virginia. And at Wesleyan, Hurlock founded SOPHIA, or the Philosophical Association for Women of Color. Recently, she was invited to attend a conference of black women philosophers. She offered one specific highlight: dancing with Angela Davis.

Hurlock has also been very active with the Green Street Teaching and Learning Center, though her role has changed as she has begun to discover fundamental problems with the administration of the program.

“Initially I was helping teach, but I realized as I learned more about the political backdrop of Green Street, as in who has been funding it, who actually controls the program, how the city is involved, I started to realize… this center that cares for children is at risk,” she said. “That’s where I am at right now, with the closing of Green Street, where I am fully ready to protest.”

“I can’t sit still with so much chaos around me,” Hurlock explained, when asked how she has time to juggle so many different projects. “I want to address it.”

Hurlock emphasized that what she does would not be possible without the community she has found at Wesleyan which includes other Posse veterans like Dennis White ’19, who have provided her with consistent support. She also offered gratitude to her mother, who she described as the beam of her life and a driving force.

Eventually, Hurlock hopes to return to Atlanta, to create change in the city that raised her, the city she will forever be bound to. But in the meantime, Hurlock is fine staying here, at Wesleyan, to initiate the conversations others may find too difficult.

“The thing about being a veteran is that I don’t dwell in fear,” she said. “It’s counterproductive.”

Correction: a earlier version of this article stated that in 2008 Hurlock served in Afghanistan. This article has been edited to reflect that she actually served there in 2010.

Zoey Gringlas can be reached at zgringlas@wesleyan.edu.