Villains In Sports: Making Victory That Much Sweeter 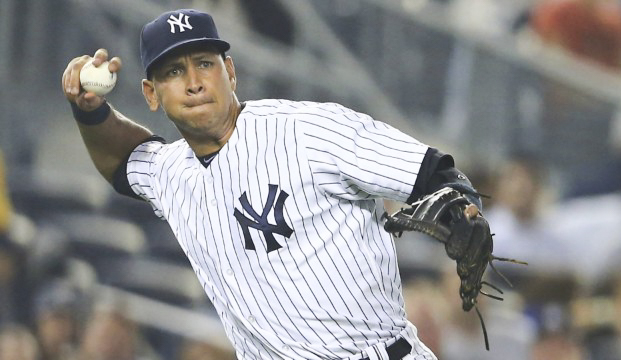 Every sports fan knows the feeling: You’ve just watched your favorite team get beaten by its biggest rival. For some people, it’s anger. For others, it’s sadness. Either way, it sucks. It’s not the fact that you lost; it’s that you lost to them. The bad guys beat the good guys. The villains beat the heroes.

I hold the belief that these villains are an important part of sports. Yes, losing to your rival is a terrible feeling, but when your team wins, it’s a tough feeling to beat.

When we think of villains in sports, we think of rivals. More predominantly, we visualize a few specific athletes and their teams. In football, who else but Tom Brady and the New England Patriots? In basketball, it’s the “snake” Kevin Durant with the seemingly unstoppable Golden State Warriors. In baseball, just the sight of any Yankee in pinstripes can enrage a baseball fan.

These villainous figures are very important to their respective sports. Each sports fan has their idea of who the bad guys are, and I believe this is a good thing.

Naturally, sports have a competitive nature. Players play to win. Fans cheer for their team to secure victories. It’s all about the desired outcome, but it’s also how that outcome arises. I am in favor of whatever makes a sporting event more competitive and interesting. So, if that means placing the label of villain on certain teams or players, I’m all for it.

Once again, this is a good thing. I’m not saying sports should be polarized, but adding a competitive edge involving “bad guy” athletes is definitely a good thing.

Here’s an example: Let’s throw it back to the 2004 ALCS (American Champion League Series). The New York Yankees were up against the Boston Red Sox. The Red Sox miraculously came back from a three games to zero deficit to go to the World Series for the first time in over 15 years. It was historic, yet that was not the best part for Boston. Ask any Red Sox fan, and they will tell you this: It was about beating the Yankees. It was about all the years of torment, those ugly pinstripes, and, of course, Alex Rodriguez.

This is why villains are so important in sports. It’s like anything in life: Some of the best feelings come from conquering something worthy vanquishing.

Sports villains can also act as symbols. When a villain is defeated, it isn’t just about them losing. There is an association between villains and whatever they have done to earn the label of villain. For example, Tom Brady and the New England Patriots are often thought of as cheaters for incidents like Spygate and Deflategate. In baseball, players who have been exposed for using steroids, such as Barry Bonds and Alex Rodriguez, have merited a good amount of dislike from opposing fans.

So, hypothetically, when the San Francisco 49ers get the chance to beat the Seattle Seahawks and their nemesis, Richard Sherman, it’ll be all about defeating the loudmouthed cornerback who has dominated and disrespected their team.

Defining a villain can also be an individual process. Fans have different villains for different reasons. As a personal example, I cannot stand the Dallas Cowboys. The idea of “America’s Team” getting a significant amount of media attention aggravates me because overall, the Cowboys have been very average since the late 1990s. The Tony Romo era brought nothing but drama and a 2-4 overall playoff record. To me, the Cowboys organization is a villain, but it’s not the players, it’s the star. It’s Jerry Jones and their bazillion dollar stadium. The organization validates my disdain for big market teams that take up all the media attention with their locker room quarrels and pointless, off-field drama.

So, over the past two years, whenever I have watched Aaron Rodgers of the Green Bay Packers embarrass the Cowboys’ defense at AT&T Stadium in Dallas, I have felt nothing but utter jubilation.

It is this feeling of happiness that highlights the importance of villains in sports. It is a classic tale: Justice is done and the villain is conquered. The people rejoice, and all is right in the world.

So next time your favorite team loses to its rival and you feel empty inside, just remember: Beating them next time will be even sweeter.