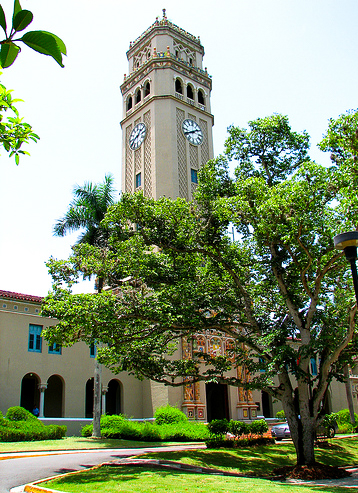 Wesleyan University will be accepting students from the University of Puerto Rico and the University of the Virgin Islands for the spring semester of 2018 as a meaningful way to reach out to students in regions affected by Hurricanes Irma and Maria. Students will pay tuition to their home institutions and will receive free housing and meals, in addition to access to Wesleyan’s academic resources.

Wesleyan University President Michael Roth ’78, who was a driving force behind this program, explained how the idea came about.

“One of our alums, and actually a former trustee, sent me a note via Facebook saying ‘Roth! Why don’t we do something like this?’ and I thought ‘huh, that’s a good idea,’ not knowing if we had places,” Roth explained in an interview with The Argus. “But once we have the housing taken care of, we’re a big enough place where we’ll have room in classes.”

Roth explained that once he had the idea in place, he asked for a working group led by Provost and Vice President for Academic Affairs Joyce Jacobsen to determine how many students Wesleyan could afford to take on, and who would potentially be admitted. The group determined that the money for food and housing will be absorbed by Wes. They estimate that around 10 to 12 students will be admitted from the University of Puerto Rico and the University of the Virgin Islands. The primary cost for Wesleyan will be food, considering that the additional students in classes will not significantly increase expenses.

“The food budget is where we will have to move money into, to pay for the free food,” Roth said. “But as you look at a few thousand students, a dozen additional students don’t make that big a difference. It’s not so much about dollars, for one semester. I mean there is some additional cost, but we can absorb that.”

Roth noted that going into this project, there were a few set parameters Wesleyan aimed to meet.

“We didn’t want them to pay us, because that will seem like we’re just profiting from a disaster, nor did we want to recruit students permanently because that has its own detrimental effects on the region,” he explained. “But helping out in a way so that students could continue their studies and later go back to their home university seemed like a good thing to do. I’m happy we can do it.”

Students who apply must demonstrate academic success at their home institutions and show they are proficient in English, by either submitting a TOEFL (Test of English as a Foreign Language) score or speaking to a Wesleyan representative via a Skype interview. The application page makes clear that Wesleyan is aware that students may have difficulty filling out and sending certain forms, such as transcripts.

“We understand that it may be difficult to get transcripts at this time, but please attempt to get any form of transcripts or records of grades, official or unofficial, to add to your application,” the application page reads. “We may accept screenshots or photographs of documents.”

As of the date of publication, two completed applications have been received, with several more in progress. While Wesleyan does not have a set acceptance rate at this time, Associate Provost Sheryl Culotta notes that they expect to accept every applicant who looks academically prepared to succeed based on their application.

Applications will be due on December 6, or until all spots are filled. For those interested in applying or looking for more information, contact gueststudent@wesleyan.edu or visit Wesleyan’s webpage on the program for application information and material.