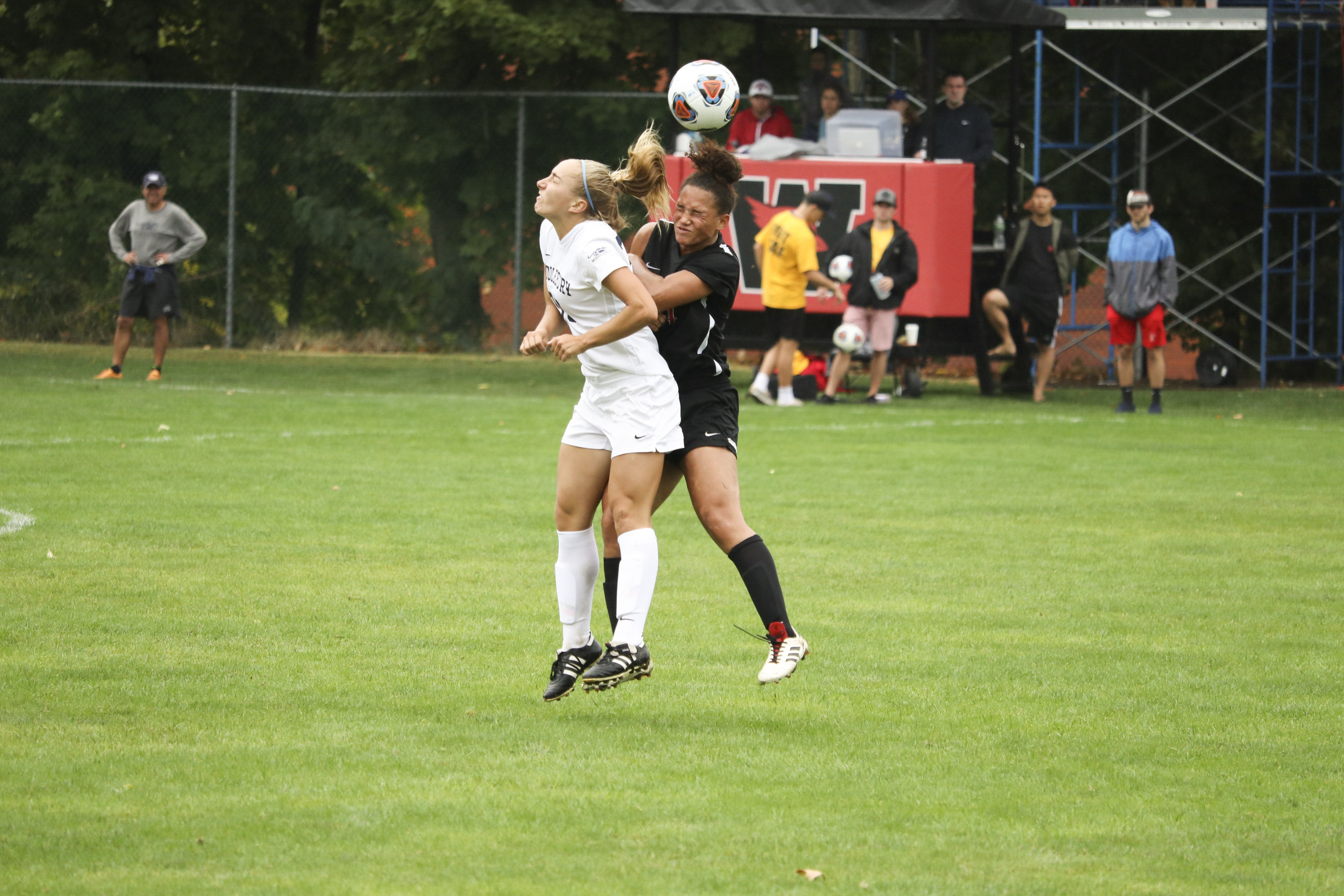 Through triumphs, loses, and many overtimes, the Wesleyan soccer teams have had anything but a predictable season. Though their seasons didn’t end as the teams had hoped, there is certainly much to build on for next year.

The men’s team ended the season on a positive note, taking down Conn College in New London, 2-1. However, a rough stretch from the end of September to the beginning of October, where they went 0-4-2, doomed their chances at making the NESCAC tournament. Yet the Cards refused to let these downfalls get to their head, acknowledging that the NESCAC is the most competitive NCAA Division III league in the country.

“The NESCAC is an extremely competitive league year after year and unfortunately, we struggled to get results in [the] conference,” said Trevor Devanny ’20. “Many of our NESCAC games were decided by only one goal, with some taking more than ninety minutes to find a result and unfortunately, we were on the wrong end of many of these close games. Moving forward we have to find a way to edge out those tough gritty games.”

The team finished with a winning record overall (7-6-2), which is definitely a building block for the future. The Dirty Birds know they cannot lose a step with the loss of many seniors that none of their NESCAC rivals will endure.

“We had eight seniors this year who were all amazing contributors to the team and even better role models for the underclassmen, so it is very hard to see them go,” Devanny said. “That being said, it’s our responsibility to make sure the underachievement of these past few years changes going forward. I think the group we have coming back allows us to do just that if we have a productive offseason.” 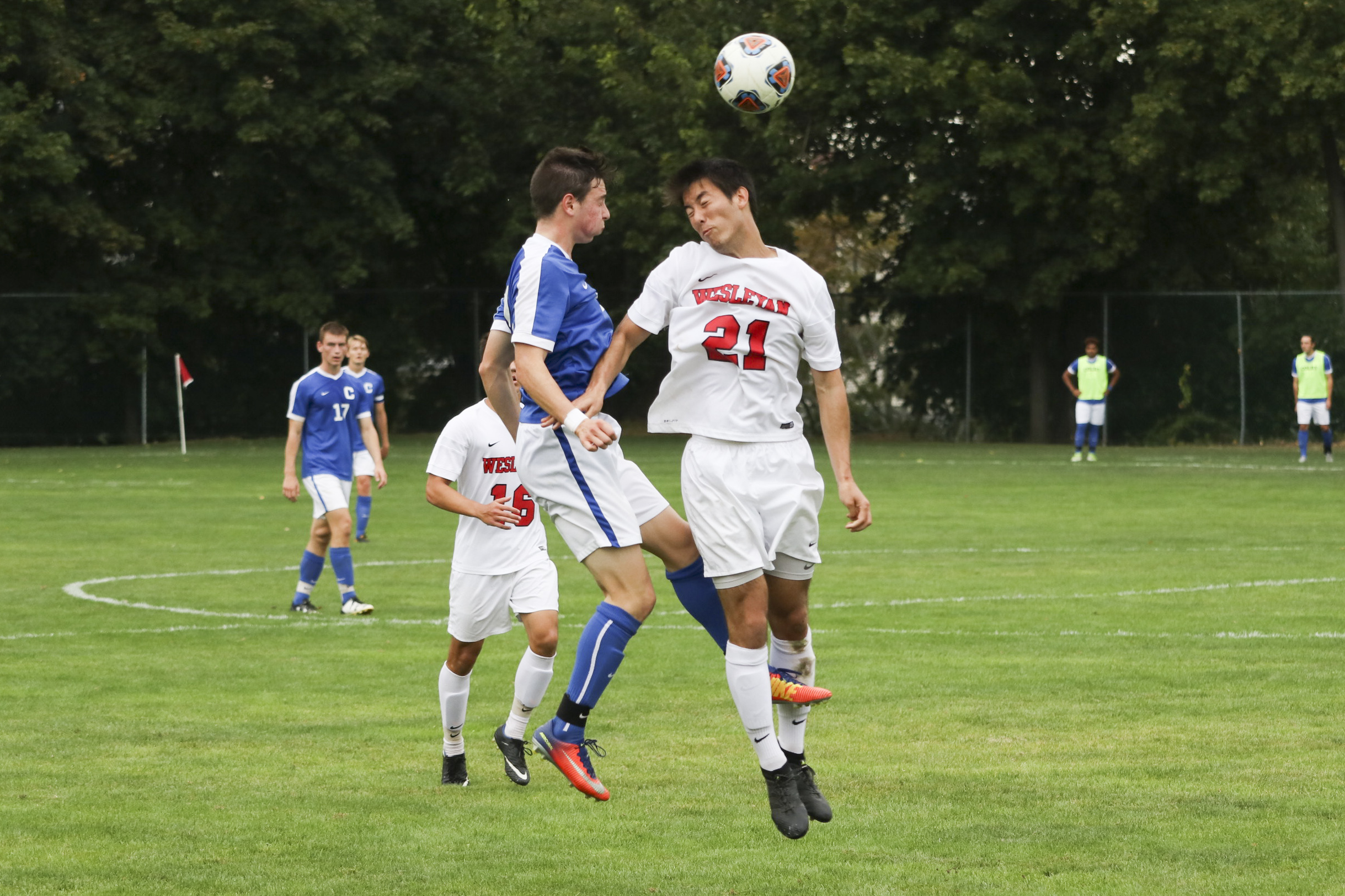 Although the team has not performed to their aspirations over the last few years, a fighting, strong determination has been instilled in the program. They know nothing will be given to them and they have to take it for themselves.

“Our final win at Connecticut College really spoke to the culture within our program,” Devanny said. “Now it’s just about bringing that same fight and chip on our shoulder all season long.”

The women’s soccer team has also faced a challenging season this year. Finishing the season 6-8-2 was certainly a positive for the program, as they are still working towards finding a winning season. Unfortunately, their record wasn’t quite enough to get them into the NESCAC tournament, and they landed in ninth place.

Assistant Coach AJ Stueck admired the team’s effort, growth, and endurance as the season went on.

“We were focused on getting better every time we played,” Stueck said. “Ultimately, we hope every day to see progress and were happy with that progress over the course of the season.”

One goal for the team was to employ a defensive-minded, tough, controlling style of play.

“As a team, we look to shut out our opponent,” he said. “We are still focused on imposing our style of play on the opponent for 90 minutes.”

The team hoped this would instill a winning atmosphere and lead to a streak of victories. Unfortunately, that is exactly what the team would not do. The Cards were a bit topsy-turvy, never having a winning or losing streak longer than two games for the first 12 contests of the season. 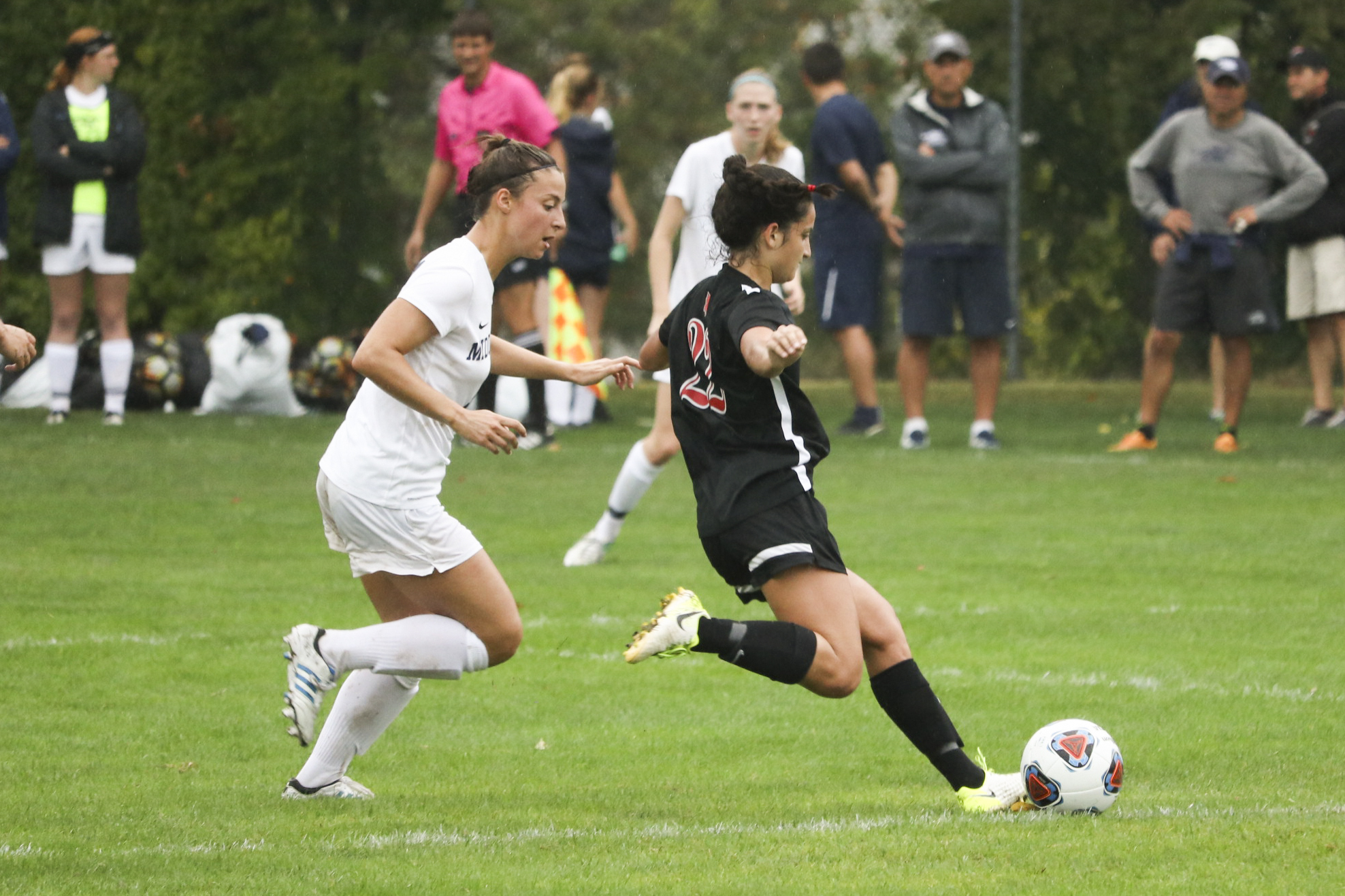 The biggest positive the team can take from this season is its youth. This iteration of the women’s soccer team only had one senior, goalie and captain Meg Hanan ’18. Furthermore, the home record for Wes was certainly one to be proud of and one to build on for the future. At 4-4, the team knows that next season, it can really use the friendly confines of Smith and Jackson Fields to their advantage. In addition, the team only finished one spot away from making the NESCAC tournament, a reasonable goal for most teams and certainly one that the Cards feel like they should reach next season.