The New Space Race: NASA, Private Companies, and The Fight to Settle Mars 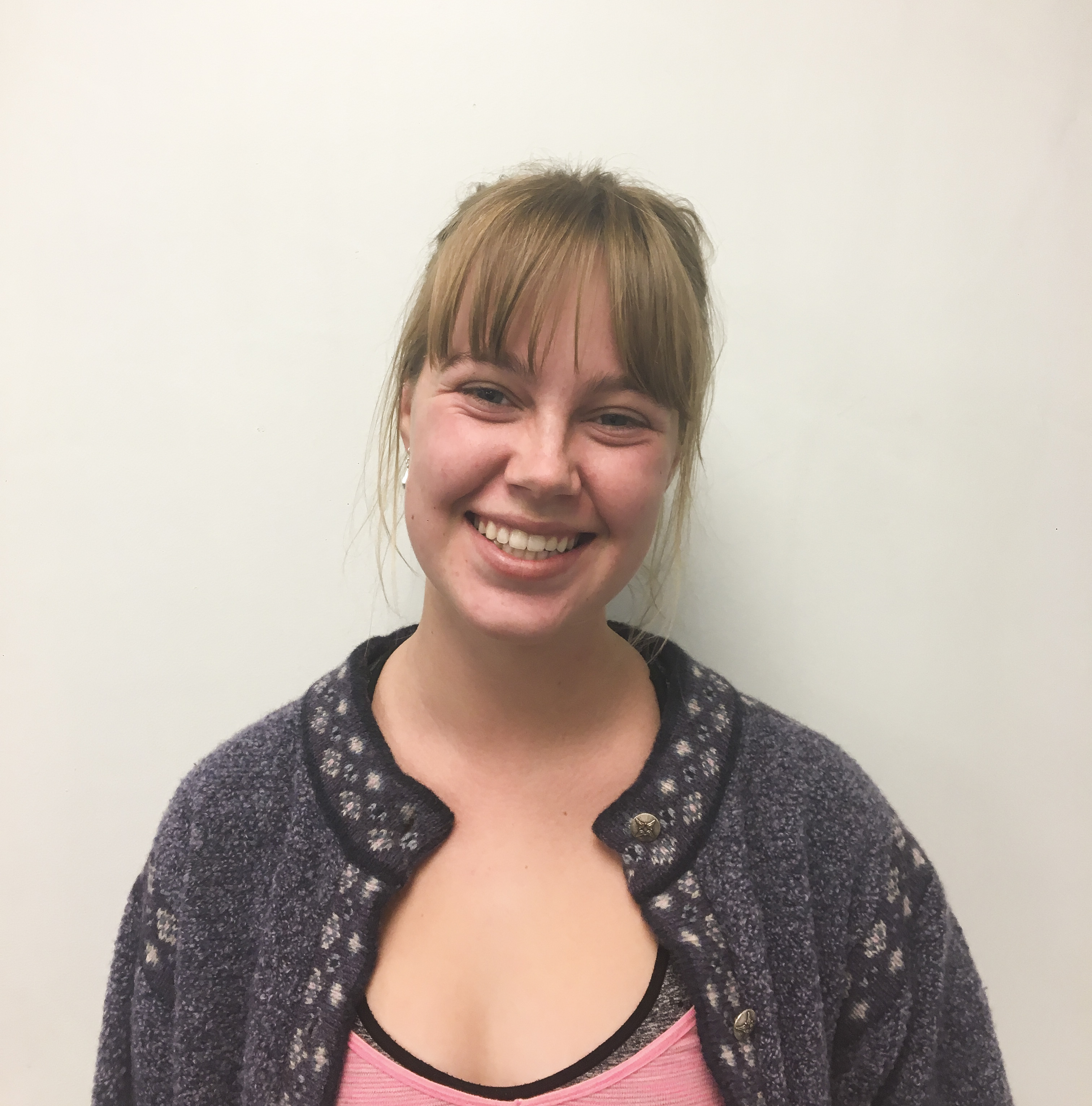 In a number of ways, the idea of space travel is universally fascinating. There’s something wholly remarkable about the notion of hurtling on a rocket ship into the cosmos, surrounded on all sides by a penetrating, and overwhelming, and magnificent unknown. What can be more meaningful and terrifying than venturing into the vastness beyond our tiny planet? The answer, to many, is very little.

It is perhaps no surprise that there are a number of various individuals and organizations working on ways to leave this planet and find something more. One of the major players in this arena is, of course, NASA, but they’re not alone. In the United States, there are a number of private companies—SpaceX, Bigelow Aerospace, and Virgin Galactic, to name a few—dedicated to the exploration of space. And as such, a significant amount of tension exists between NASA and various American private companies when it comes to impending plans for missions into space, and more specifically, to Mars. The relationship is an intricate and murky one.

Mostly, this divide has to do with differences in funding and intent. NASA has always been oriented towards scientific inquiry (though it was founded for political reasons), while the true purpose of many private companies is more complicated. Likewise, NASA is a publicly funded organization, with money coming from tax dollars and the government, while private companies are sponsored by their creators. So what are the merits of space travel via private companies, versus government-sponsored space travel for the sake of scientific inquiry? What, really, is the purpose of private aeronautical companies, and how feasible are their plans? Who should be allowed into space, and who gets to decide? All of these questions are manifested in the current space race to Mars: the next big step in space exploration.

For background’s sake, it’s important to touch on the current dynamics of space travel in America. Private companies building rockets and employing aerospace engineers are cropping up all over the country, filling certain voids left by NASA. A forerunner among these is the company SpaceX, founded in 2008 by Elon Musk, who is the CEO of Tesla and a well-known billionaire entrepreneur. Musk currently has his sights set on Mars and recently unveiled his current SpaceX mission at an exposé in Adelaide, Australia.

The key element of the unveiling was a design for a new rocket, called the B.F.R.: the “Big Friendly Rocket,” or perhaps the “Big Fucking Rocket,” as the word for which F stands is notably omitted in Musk’s presentation. This rocket, if built, would be massive and incredibly fast. Musk notes that it could even be used for trips around the world, as it is able to reach speeds up to 27,000 kilometers per hour. His B.F.R. plans include carrying 40 cabins (around 100 people) to Mars.

Musk has ambitious plans, hoping to put a rocket with cargo—but no people—into space by the year 2022. This may seem jarringly soon, but Musk is not alone. Other companies in addition to SpaceX are designing base camps, rocket ships, and other aeronautical equipment. They plan to reach Mars by 2026 or 2028. NASA, on the other hand, is aspiring to send astronauts to Mars in the positively distant 2030s.

The thing that all of these private organizations have in common, other than ambitious Mars-oriented plans, is the apparent lack of clear access to funds. It is unclear how SpaceX, for example, will fund its 2022 mission to Mars, while Mars One has raised only 1 million dollars: a mere fraction of the necessary funds to build a crew, plans, and a rocket.

NASA’s funding for Mars missions, too, is not entirely defined, though this is in part because NASA’s budget is allocated by the government. Under the 2018 fiscal plan set forth by the Trump Administration, NASA is scheduled to receive $19.1 billion dollars in funding—an amount comparable to recent years. Various cuts to education and earth science are quite significant, but funding for planetary science, which is one of the many facets of NASA’s Mars-related research, exceeds NASA’s request.

In conjunction with this, Vice President Pence has recently stated his support for missions to both Mars and the moon.

“We will return American astronauts to the moon, not only to leave behind footprints and flags but to build the foundation we need to send Americans to Mars and beyond,” Pence said during a meeting of the National Space Council.

Given the intense anti-science vibe of the Trump administration, I’m not sure how to interpret these statements. In any case, Pence did not offer either a timetable or a price tag for his visions during this meeting. Likewise, his focus on the value of private companies is suspicious and somewhat unsettling.

And when it comes to Mars, it’s money, and not words, that gets things done. Despite Pence’s proclamations that our space exploration efforts as a country are failing and his blame on former president Obama for a lack of attention to the merits of space travel, Pence’s words are just words, without any tangible plans or money attached to them. And this is a pattern of all of these companies with visions of Mars settlement: Though their ideas are impressive on paper, there are few examples of tangible efforts. The only group with significant funding, feasible plans, and the resources and experiences to actually put a crew on Mars is NASA.

And NASA’s purposes for Mars exploration are somewhat different from Musk’s, or any others. NASA is generally oriented towards scientific efforts—though the moon-landing was as much a political move as it was a scientific one, the distribution of NASA’s current research centers around scientific exploration: astrophysics, planetary science, aeronautic development, and so on. This is in stark contrast with the goals of private companies, which seem to revolve around the more adventurous quality associated with intra-solar-system travel.

Musk’s long-term plans include putting ordinary citizens on the Red Planet. In fact, many private companies seem to cater to the American public’s fantasy of space exploration. What is the actual reason behind each group’s attempts to settle Mars? Because it’s cool? Or because it has extreme scientific value? For private companies, it seems to be the former, and for NASA, the latter.

Before I go any further, I have to admit: I have heavily entertained the idea of going on Musk’s rocket and settling Mars. My tentative plan is to get a degree in planetary science, become an expert in Mars geology, write a detailed and eloquent application, and get chosen to be one of the 20 or so people to settle the Red Planet. I’d be their resident geologist, maybe blogger. And when I say I’ve “heavily” entertained this idea, I don’t use that word lightly. I’ve looked up the long-term effects of space travel on a human body and decided I can live with muscle atrophy.

However, this is in conflict with my fear that Musk’s reason for settling Mars is because it seems like a fun, neat thing to do, rather than a venture rooted in scientific inquiry. If ordinary people, like myself, can one day go to Mars, it becomes less of a process of attempting to understand our universe and more of a quest for adventure, one that has potentially devastating consequences. And as alluded to before, at the end of the day, it is NASA, rather than private companies, that has the method and means of reaching Mars. This seems evident despite Pence’s rhetoric or the rhetoric of any company.

In addition, it’s also important to note the dangers of rushing into settling Mars. There has never been an extraterrestrial settlement before, and as such, this is something that merits time and attention to detail, as all space travel should. NASA’s dedication to safety and minutiae has been well established, while SpaceX, Mars One, and all the others are wading into untested waters. As such, I would argue that even temporally, NASA shows they’re more prepared to handle a Mars colony.

Finally, I’d like to touch on something that worries me in the case of both NASA and private companies attempts to colonize Mars: the ethics of changing the Red Planet via human touch. I’m not suggesting we stay away from the surface of the plane entirely; I truly believe that scientific exploration merits the use of cool robots like Pathfinder and the Mars Rover. What I’m positing is the question of how far we’re allowed to go.

People are talking of producing chemical changes to Mars’s atmosphere in order to make oxygen levels viable for humans, and I personally find this idea slightly unnerving in a way I can’t entirely define. Whoever colonizes Mars first must be careful to retain the many aspects of the planet that make it worth exploring, including its potential to house ancient, or even modern, life.

In any case, this all goes to show that the waters of Mars colonization, when it comes to questions like when it will happen and who will be first, are somewhat murky. But despite this, NASA clearly has the history and the means to be successful. In all cases, however, scientific exploration, over a wild sense of adventure, must be prioritized. Space may be humanity’s greatest adventure, but it could also be our greatest ethical failure if we’re not careful how we explore the vast unknown.

Emmy Hughes can be reached at ebhughes@wesleyan.edu or on Twitter at @emmyughes.