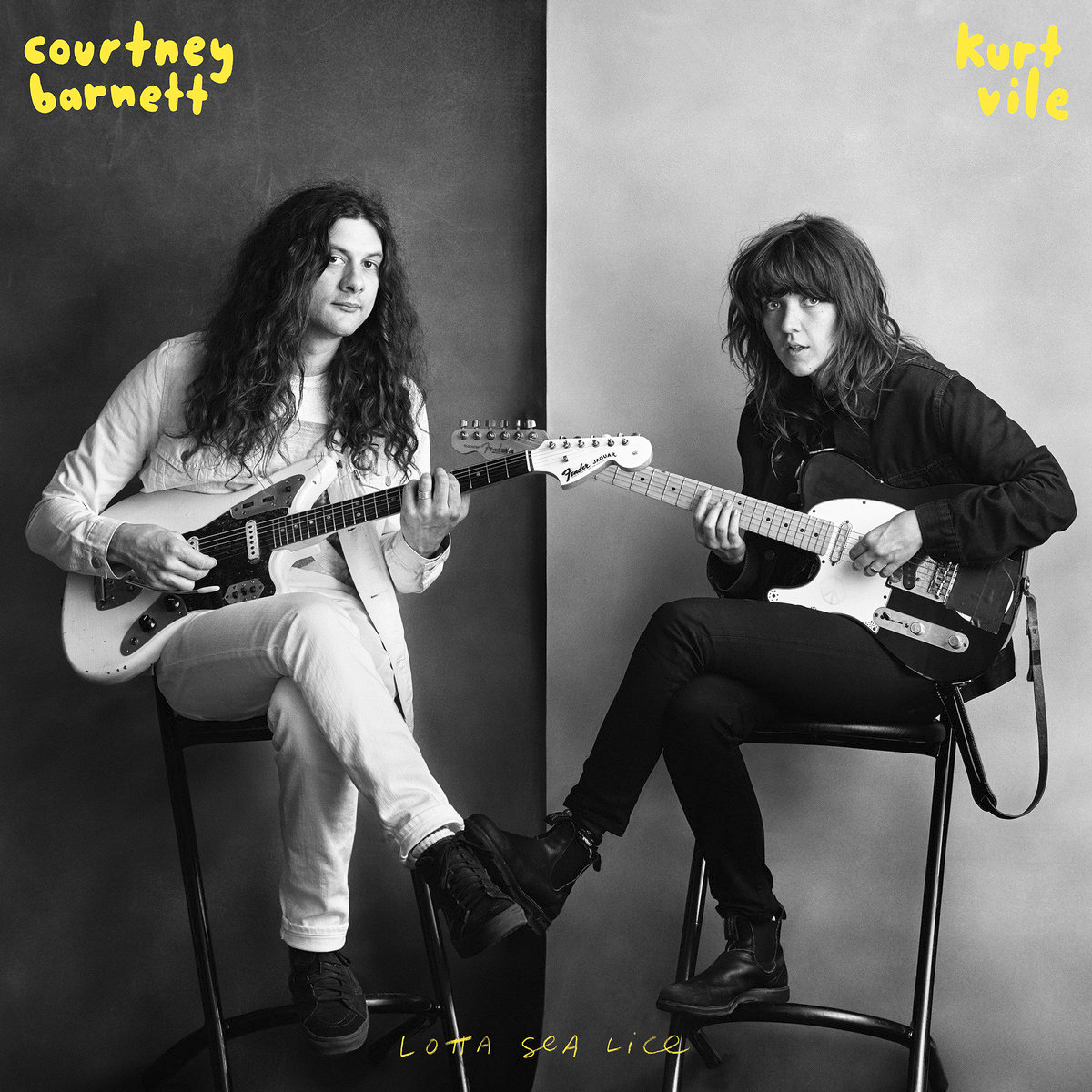 For two musicians who come from opposite sides of the globe, Courtney Barnett and Kurt Vile make an excellent pairing. Their witty, ambling styles mix so cohesively that it seemed it was only a matter of time before they produced an album together. Lotta Sea Lice is the creative brainchild of the Melbourne and Philadelphia-based musicians, and it expands upon their wandering grace while providing moments of introspection and humanist commentary. Without a doubt, this is one of the most emotive and thought-provoking albums of the year, and of Barnett and Vile’s respective careers.

Lotta Sea Lice begins with the single, “Over Everything,” which instantly lets listeners know why these two musicians were meant to work together. The song’s lyrics, which Barnett and Vile trade off singing, describe how different parts of life, like blues riffs, smog, or tinnitus, can feel as if they fill everything up and “hang over everything.” The aforementioned items are not necessarily overpowering, but they do become a large part of the background. Some, like tinnitus, are pesky and bothersome, but Barnett and Vile emphasize the importance of music, specifically those blues riffs, in filling up the gaps in life. In that way, they are defining the territory of Lotta Sea Lice, which posits music as a way to handle what life throws our direction; it is an album that attempts to live up to that.

The following song, “Let It Go,” stresses the importance of cathartic release in the midst of obligations and “technicolor rainbow horror.” Do not be confused by the song title that brought fame to Disney animated-film “Frozen.” For as melodramatic as the Disney warble is, Barnett and Vile’s rendition is much more down-to-earth, authentic, and, ultimately, relatable. As its melody climbs repeatedly, the tension, albeit subtle, builds in the music, and is perfectly liberated in the chorus as Barnett calls for us to all “let it go.” She does so, not in a histrionic Menzel sense, but in a calm and polite intimation.

As the album progresses, Barnett and Vile expand on their overall message with each subsequent song, never straying from the path. It’s not easy to describe precisely what the feeling and atmosphere is, as there’s something a little ineffable about it. The musical precision, the ambling looseness, the deadpan humor, the emotional depth—all of these elements appear as if they can’t coexist, yet in Lotta Sea Lice, they somehow do.

Throughout the album, Barnett and Vile never once appear to be competing with each other. Although on many of the tracks both musicians frequently trade off lines, their musical essences are simply too similar and they inevitably end up complementing each other. For some musicians (and for some couples), being very much alike can make a recipe for disaster. All of the same ideas just bounce around, and nothing creative ever comes of the effort. Yet the exact opposite happened with Lotta Sea Lice. Barnett and Vile focused their creativity not on just complementing their compatible shared sound, but also on experimentation, from the psychedelic, fuzzy guitar on their cover of Jen Cloher’s “Fear is Like a Forest” to the folk-y strums of “Continental Breakfast.”

In addition, the duo has reinterpreted a couple of songs from their solo albums. “Outta the Woodwork,” which initially appeared on Barnett’s The Double EP: A Sea of Split Peas, is sung primarily by Vile, whose deep vocals are rich on the ears. Barnett takes on Vile’s “Peeping Tomboy,” which was originally released on Smoke Ring for My Halo. Retitled as “Peeping Tom,” Barnett’s light and vulnerable vocals beautifully reminisce the sadness associated with romantic longing and change.

The sound in much of the album is reminiscent of Bob Dylan, but in an allusive way, as opposed to just a thoughtless imitation. Although a harmonica doesn’t find its way onto the recording, the minimalistic guitars, bass, and drums all fit together in the just-right way that made Dylan so popular and relatable 50 years ago. Yet Barnett and Vile expand on Dylan’s sound, sliding in moving melodies and touching solos to travel beyond his acoustic drawl.

One issue that arises initially with the album is that the guitar mix, at least on the first few songs, appears to be a little dissonant, or at the very least, a little confusing. This issue reveals itself on “Over Everything.” However, Lotta Sea Lice is an album that demands multiple listens. For every subsequent pass through the track listing, the sonic textures are much more easily perceived, and the album just becomes more familiar. In essence, it gets even better.

Another shortcoming is perhaps the copious amount of covers on the album—only five out of the nine songs are originals. Even so, Barnett and Vile’s renditions, regardless of whether they wrote what they play, still impress.

Ultimately, the best way to describe listening to this album is like walking through a redwood forest. All around there exists a magnificent, mature beauty that doesn’t demand to be seen or heard. It just exists, and people can choose to appreciate it or walk away without a thought. But to not to listen to Lotta Sea Lice would simply be a mistake.