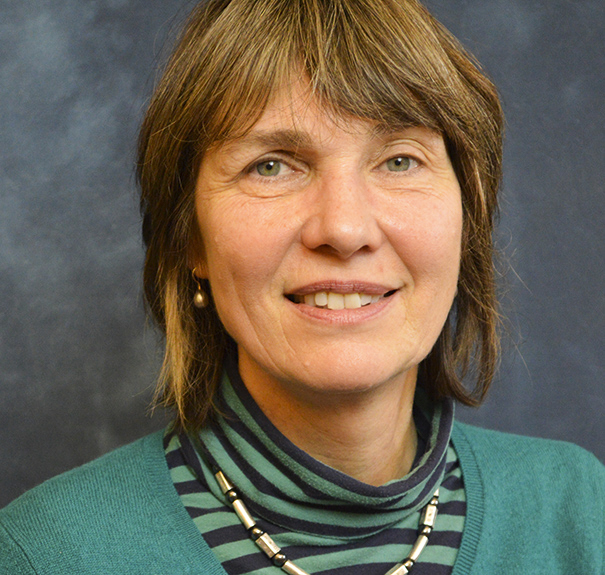 Chair and Adjunct Professor of German Studies Iris Bork-Goldfield has been elected as the northeast region’s representative to the Executive Council of the American Association of Teachers of German (AATG).

The AATG supports the German language and German-speaking cultures in elementary, high school, and college education in the United States.

“The AATG promotes the study of the German-speaking world in all its linguistic, cultural and ethnic diversity, and endeavors to prepare students as transnational, transcultural learners and active, multilingual participants in a globalized world,” the AATG website states.

A long-time member of the chapter’s executive committee, Bork-Goldfield has already served as the president of the Connecticut AATG chapter. But as a representative for the AATG, Bork-Goldfield will act as an ambassador and advocate for the AATG for both the association’s members and external constituents, serve on committees appointed by the president, attend committee meetings, and stay aware of emerging professional issues that arise within her field.

“I believe that as foreign language educators, we have a moral obligation to ensure that foreign languages and cultures are being taught in our schools and universities,” Bork-Goldfield wrote in an email to The Argus. “Some important goals I have are: Encourage more students to become language teachers, help ensure lifelong teacher training, [and] strengthen our role in education since we need alliances, not only among ourselves but with colleagues across the curriculum. We can all show the community our interconnectedness and make German more visible while strengthening our programs. [I want to create] strong alliances and networking with other language educators and representation at national and international organizations are vital to ensure that our voices are being heard.”

Bork-Goldfield will attend the AATG and American Council on the Teaching of Foreign Languages Annual Convention and World Languages Expo in Nashville, Tenn. There she will attend two days of meetings and engage in the assembly of chapter presidents.

“Iris’s election provides evidence of the support and respect she enjoys among AATG members for her many valuable contributions to teaching the German language and culture,” University colleague and Connecticut AATG Executive Committee Member Krishna Winston, the Marcus L. Taft Professor of German Language and Literature, said in a News @ Wesleyan article.

Born and educated in Hamburg, Germany, Bork-Goldfield has lived and worked in China, England, and Israel. She studied German language, German literature, and American Studies at Munich University, where she also earned her Ph.D. After graduation, she lived abroad and discovered her love for teaching.

“I always wanted to live and work abroad,” Bork-Goldfield wrote. “Teaching came natural to me, maybe because I always enjoyed acting and theatre. I taught German for the first time in Munich at an organization that held classes for Turkish youth. My second big job was when I taught at a Chinese Government language school in Beijing, China, for a year in the early 1980s.”

Bork-Goldfield is also the recipient of the 2009 Rosenbaum-Anderson Award for Teaching and has received number research grants from the German government, German Embassy, and the University.

Bork-Goldfield came to the University in 2008 and now teaches German language, literature, and culture courses. This semester, she is teaching two sections of Beginning German, one section of Intermediate German, and is also supervising an Honors thesis with Associate Professor of History and German Studies Erik Grimmer-Solem. Last semester, she taught a seminar called: “Forward, Without Forgetting: The GDR in Literature and Film.”

“I really enjoy the students, my colleagues, and the many opportunities the university has given me to grow,” Bork-Goldfield wrote.