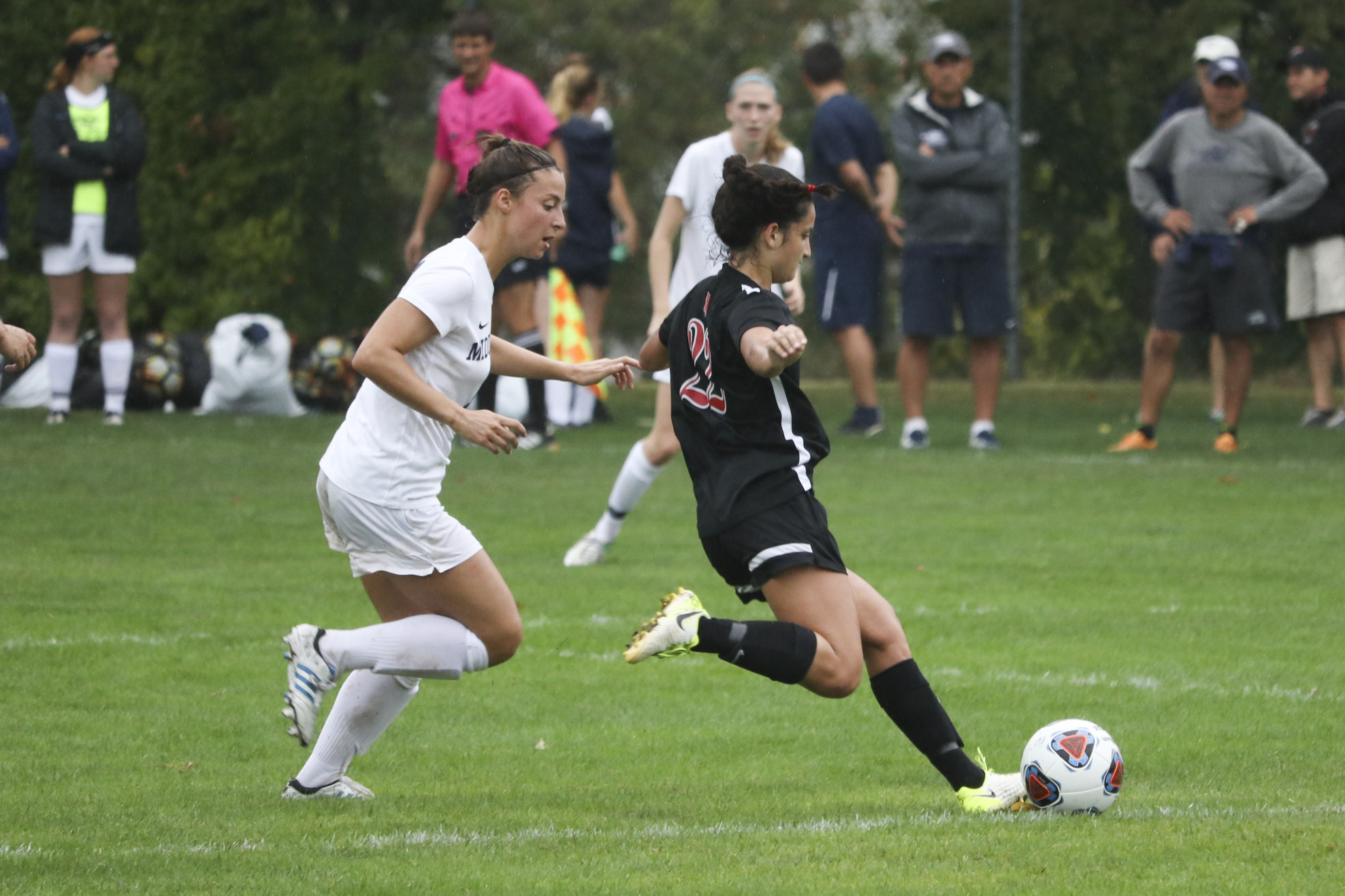 The Wesleyan men’s and women’s soccer teams find themselves in eerily similar situations. Both teams are in the bottom half of the NESCAC standings and are desperately trying to claw and scratch their way into the conference tournament. In order to do so, both teams must finish the season among the top eight. It certainly won’t be easy, but it is definitely within reach.

This past weekend, the women’s team went 1-1, defeating Colby on Saturday before succumbing to Middlebury on Sunday. Up against Colby, the Dirty Birds got out to an early lead thanks to a goal from Liz Young ’19 in the 18th minute, her third of the season. Fourteen minutes later in the 32nd minute, Lauren Goetzman ’19 netted the Red and Black’s second goal, extending the lead to 2-0. That would stand to be the final score as Wesleyan’s defense was stout, allowing the Mules only three shots on goal for the entire contest.

Unfortunately, the Cardinals were unable to carry the momentum from Saturday’s game into Sunday as they fell to Middlebury 2-1. Goetzman got the Cardinals on the board early, but that would be the only time the Red Birds put a numeral on the scoreboard. Tied 1-1 after 90 minutes, Middlebury’s Eliza Van Voorhis scored the game-winning goal in the 100th minute, crushing the Cardinals’ chances of coming away with a much needed NESCAC victory.

It wasn’t too long until the Cards were able to get back on the field and redeem themselves after Sunday’s defeat. On Wednesday night, the women’s team took the field yet again in a matchup with Rhode Island College (RIC). Just seven minutes into the game, Maya Harlan ’19 scored what would turn out to be the only goal in a 1-0 Cardinal victory. RIC was fortunate to only lose 1-0, as the Red and Black outshot the Anchormen, 35-2.

Assistant coach A.J. Stueck was encouraged by how the Cardinals performed Wednesday night.

“It was good to get the 1-0 win against RIC, and going unbeaten out of the conference was a great team accomplishment this season,” he said. “Most importantly, the defense and goalkeeping recorded the sixth shutout on the season, and it is no coincidence that all six of those games have been our wins. We created a ton of chances which was positive, and moving forward we narrow in on taking advantage of our opportunities.”

For the men’s side, the Red and Black had a hard-fought weekend. On Saturday, they played until exhaustion at Jackson Field against Colby. The game was a defensive battle and after two overtime periods, the score was knotted at zero. Avery Gibson, Colby’s goalie, had seven saves compared to Wesleyan’s Brian Harnett ’18, who finished the match with three saves. After enduring two overtimes on Saturday, it was uncertain how fresh the Red Birds would be on Sunday against the Panthers of Middlebury. After one half, the Cards and their opposition were scoreless. Then, in the 70th minute, Middlebury’s Brandon Reid penetrated the Red and Black defense and netted his first goal of the season to put Middlebury up 1-0. That would end up being the one and only goal of the game, as the Panthers marched out of Middletown victorious.

Like the women’s team, the men’s soccer team got a chance for redemption on Wednesday night when they squared off against Trinity on the road in a pivotal NESCAC matchup. The Cards took the first goal: Taylor Chin ’18 scored in the 21st minute. The Dirty Birds were unable to hold onto the lead for long as Trinity’s Cody Savonen netted a goal in the 35th minute and then another in the 38th minute. Wesleyan had plenty of chances but was stonewalled by Trinity in Hartford, giving the Bantams their first NESCAC victory of the season.

Although both soccer teams are outside of the top eight in the NESCAC, all is not lost, since each team can still find their way in. However, it will not be easy. On the slate for Saturday, the men’s team will play Little Three rival Williams, who currently rests at 2-1-3 in the NESCAC and 6-1-3 overall on the season. Then, come Tuesday, the Cardinals will travel up to Boston to compete against Wheaton College before returning to play Amherst the following weekend.

The women’s team will welcome Williams on Saturday. The Ephs are currently undefeated and atop the NESCAC with a record of 10-0-1. Before Saturday’s game at Jackson Field, there will be a ceremony honoring all of the team’s seniors. Then, the Red Birds will have a week off before their next game on the road against their conference foe, Amherst.

Both soccer teams of Wesleyan have some work to do if they want to secure a spot in the NESCAC Tournament with less than two weeks of guaranteed action left. To do so, it is imperative that both finish their respective seasons nearly perfectly.