Jackson ’90 Discusses His New Book, “Chester B. Himes: A Biography” 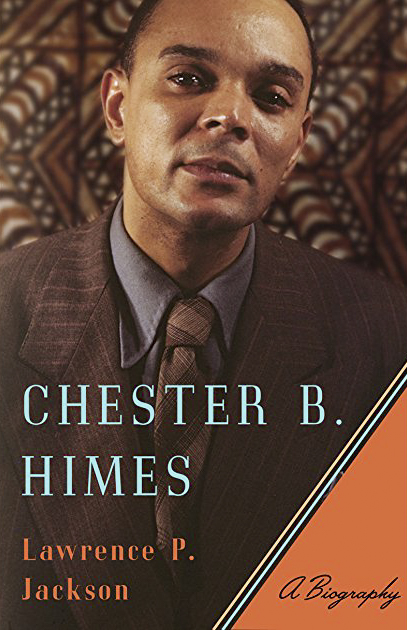 Jackson is the Bloomberg Distinguished Professor of English and History at Johns Hopkins University. He graduated from Wesleyan University in 1990, majoring in English and African American Studies.

Jackson recently published “Chester B. Himes: A Biography,” on an African American writer who Jackson believes remains the underappreciated force among 20th-century Black authors. A contemporary and friend of great black writers like James Baldwin, Richard Wright, and Ralph Ellison. Himes’ most famous works are the “Harlem Detective” crime series and his first novel, “If He Hollers Let Him Go,” about the life of a Black shipyard worker in World War II-era Los Angeles.

Himes was born in 1909 to an educated, middle-class family in Jefferson City, Mo. His journey to become an accomplished author was hardly predetermined: he sustained severe injuries after falling 40 feet down an open elevator shaft, flunked out of the Ohio State University, and wound up working odd jobs and committing petty crime. Himes then tried to rob an elderly suburban couple, but police captured him, hung him by his feet, and beat his testicles and ribcage until he confessed. In 1931, while imprisoned in Ohio State Penitentiary, Himes began publishing his first works of fiction.

According to Jackson, by the 1950s, Himes was taking heat from all sides. Black Americans objected to his frequently sexually-infused portrayal of blackness, his novel “Lonely Crusade” had sparked claims of anti-Semitism, and the white-dominated literary world kept insisting he speak on a solution to America’s “race problem.”

Himes jumped ship and moved to Paris in 1953, which by that time had become a well-known haven for Black expatriate authors. There he published acclaimed works from the “Harlem Detective” series like “A Rage in Harlem,” and “Cotton Comes to Harlem.” The former earned him France’s Grand Prix de Littérature Policière.

According to Jackson, Himes distinguished himself from his literary contemporaries by pushing back against calls to speak about race relations on behalf of all Black Americans. Other vulnerable writers, said Jackson, remained mum in mainstream literary publications to preserve their careers; Himes published opinions pieces to address the topic head-on.

“This is not our problem,” Jackson said, explaining Himes’ attitude.

He then added his own take.

“[That] is the appropriate response. Black people didn’t create the race problem.”

Before the lecture, Lawrence spoke about his time at Wesleyan to The Argus.

“My experience here more than any other shaped the intellectual direction I took,” he said, citing leaders in the field of African American Studies he encountered as a student, like his teachers Robert O’Meally and Hazel Carby. “It was a world-class educational experience.”

But Jackson also spoke to the ambiguity of his undergraduate experience.

“When I went to Middletown, Connecticut, it was the first place that a white American called me ‘nigger’ to my face,” he said. “It was very much an experience also marked by that.”

The national headquarters of the Ku Klux Klan, he recalled, was located in Meriden, Conn., which borders Middletown. As recently as 1983, Klan members held rallies there. Jackson enrolled in Wesleyan in the fall of 1986.