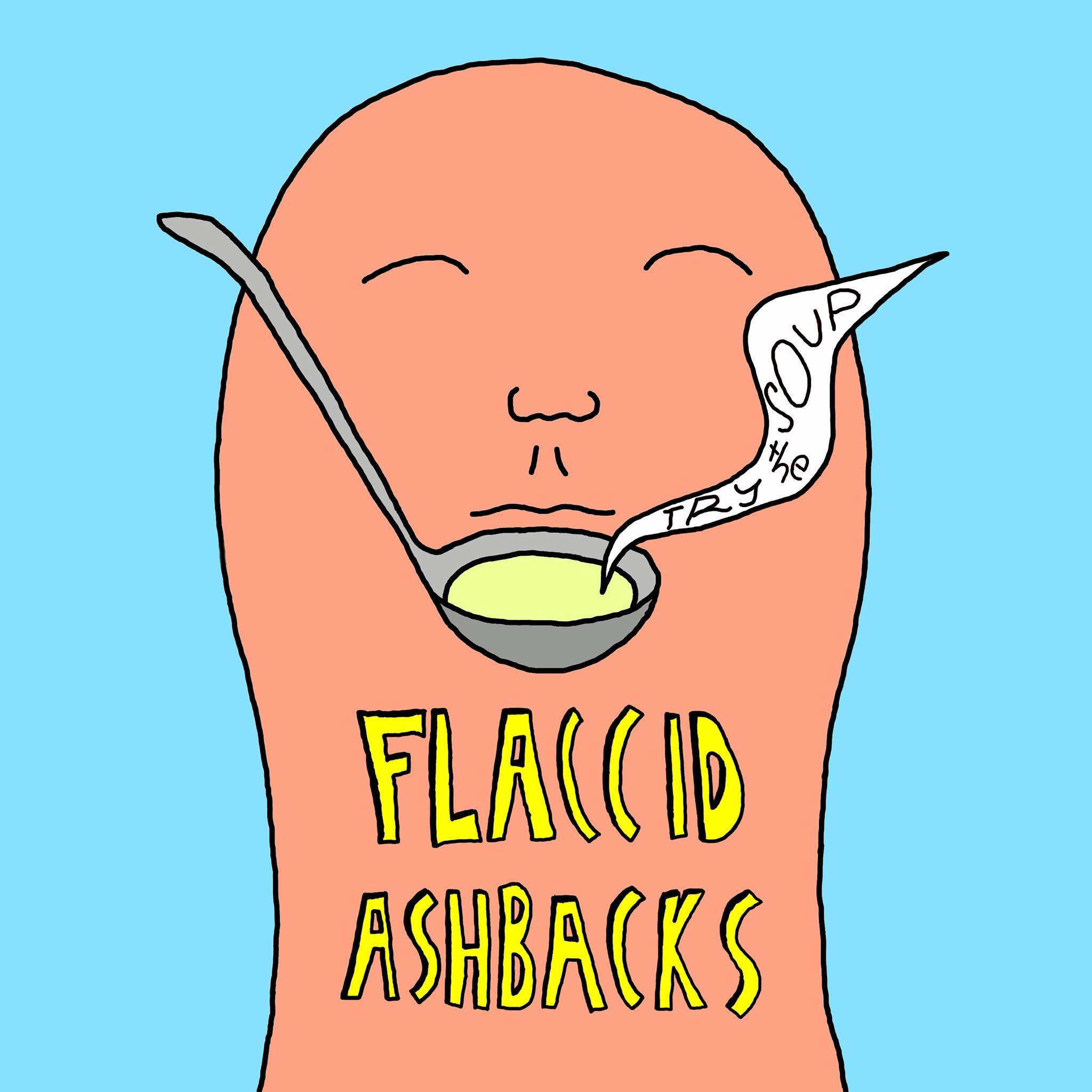 Deep in the bowels of Wesleyan’s own Red Feather Studios, Henry Hodder ’20 has worked tirelessly in pursuit of perfection. Over the past 10 months, Hodder has painstakingly mixed and re-mixed, mastered and re-mastered the Flaccid Ashbacks’ debut album, Try the Soup. And the effort shows. Try the Soup’s emotional depth, contrasting sound, and overall robust quality sets it apart from a cobbled-together demo tape of a gang of musically-inclined college hooligans.

In addition to Hodder on lead guitar and backup vocals, the Ashbacks comprise Jefferson Randall ’20 on rhythm guitar and lead vocals, Jake Abraham ’20 on drums, and Charles Allen ’20 on electric bass. 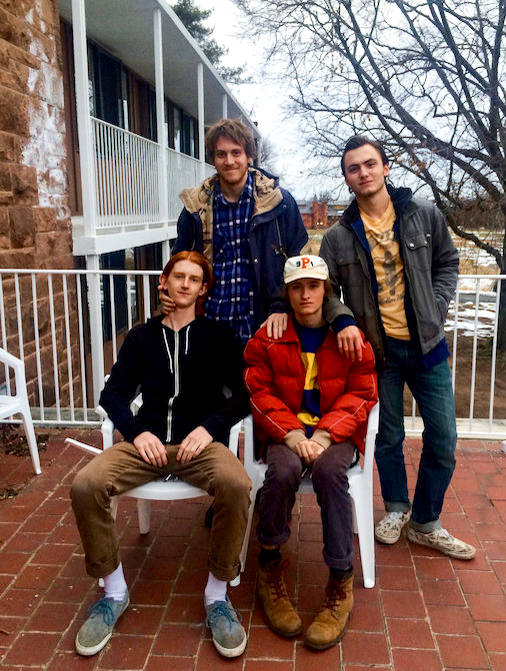 The overall album is rooted in indie rock, but throughout the seven-song tracklist, the Ashbacks show their willingness to experiment with psychedelic, garage, and jangly sounds, which results in tracks that sound both similar and distinct. In their songwriting, Hodder and Randall maintain some themes and give themselves a few rules, but also give themselves a substantial amount of freedom to experiment on each individual song; they are never afraid of people’s judgments and stay true to their musical selves. The album title is apt: In addition to a call for potential listeners to give them a chance, it references the band’s focused and deliberate attempts to experiment with different sounds.

The album starts off with “Florida,” an upbeat boyish song that, along with Randall’s vocals, is eerily reminiscent of an Arctic Monkeys track. Yet the Ashbacks immediately set themselves apart from the British band when Hodder embarks on an incredible solo. In all honesty, what he plays is ineffable—his fingers move so quickly yet so deliberately across the fretboard of his guitar, taking listeners on an elaborate musical journey in just under 10 seconds. But Hodder is always modest, even if, as one of the most skilled guitarists here at Wesleyan University, he doesn’t need to be.

“Florida’s” cheery nature can be offset with the ambling, melancholic “Suzie Sunday.” In the midst of the song, the Ashbacks try their hand at dissonance, maneuvering a 20-second jam that, on its own, sounds ugly, but in the context of the song, ties together Randall’s nostalgic melody and Hodder’s leisurely but melodic and emotive guitar solo.

It’s important to note the dynamic juxtaposition between “Florida” and “Suzie Sunday,” a musical element that the Ashbacks love to toy with. “Today,” the final track of the album, perhaps epitomizes the entire project. Randall begins with distantly somber vocals, before ratcheting up the heat and intensity. The fervor then subsides and is subsequently reawakened. If the song’s intensity were charted, it would likely resemble a sine wave. To some, this constant undulation might be unsteadying, but these highs and lows appear to be true to the ethos of the band and its name. To quote bassist Allen, “Fear the plateau.”

“Today” also contains an excellent exploratory guitar section in its latter half that is reminiscent of Tame Impala’s wandering chords on the final track of Lonerism. Randall’s questioning vocals, which are followed by Hodder’s solo, give importance to the land of uncertainty that the band is in—they’re trying to develop what their sound is, all the while creeping up on the pressures of true adulthood and, as Randall puts it, “changing into something I cannot quite place.”

If there is one important criticism of the record, it has to do with the blandness of the rhythm guitar. Although there are colorful and engaging guitar moments, such as the dissonant section of “Suzie Sunday” and the experimental portion of “Today,” the rhythm guitar, even the different chords, all just blend together to create an uninteresting background of strings. To people who like to watch paint dry, this might be an appealing aspect of the album, but the reality is that the backing guitar is the equivalent of raw tofu.

Another aspect that is a little frustrating is the looseness of the drum mix. Although Abraham’s untethered percussion style complements the youthful enthusiasm of the band on many of their songs, the cymbals are just careless and too often interrupt the rest of the mix.

On the whole, though, Hodder’s production is top notch, and the expert layering of the tracks reveal the countless hours he put into the project.

Try the Soup has been available to download on the Flaccid Ashbacks’ Bandcamp page since April; however, only this past week has Hodder finalized the mixing and mastering of the album. In the coming days, it will be available on major music marketplaces like iTunes and Spotify.

In spite of the time and effort they have put into the album, the Ashbacks have already released a new single, “It’s Your Birthday,” for their currently untitled second album, which is slated for release on Nov. 11.

In any case, Try The Soup is a swell effort as far as debut albums for new university bands go. The album maintains the youthful enthusiasm of college, while also providing elements of emotional depth. Each song on the album has something a listener should enjoy; it’s only a matter of if they try it out.