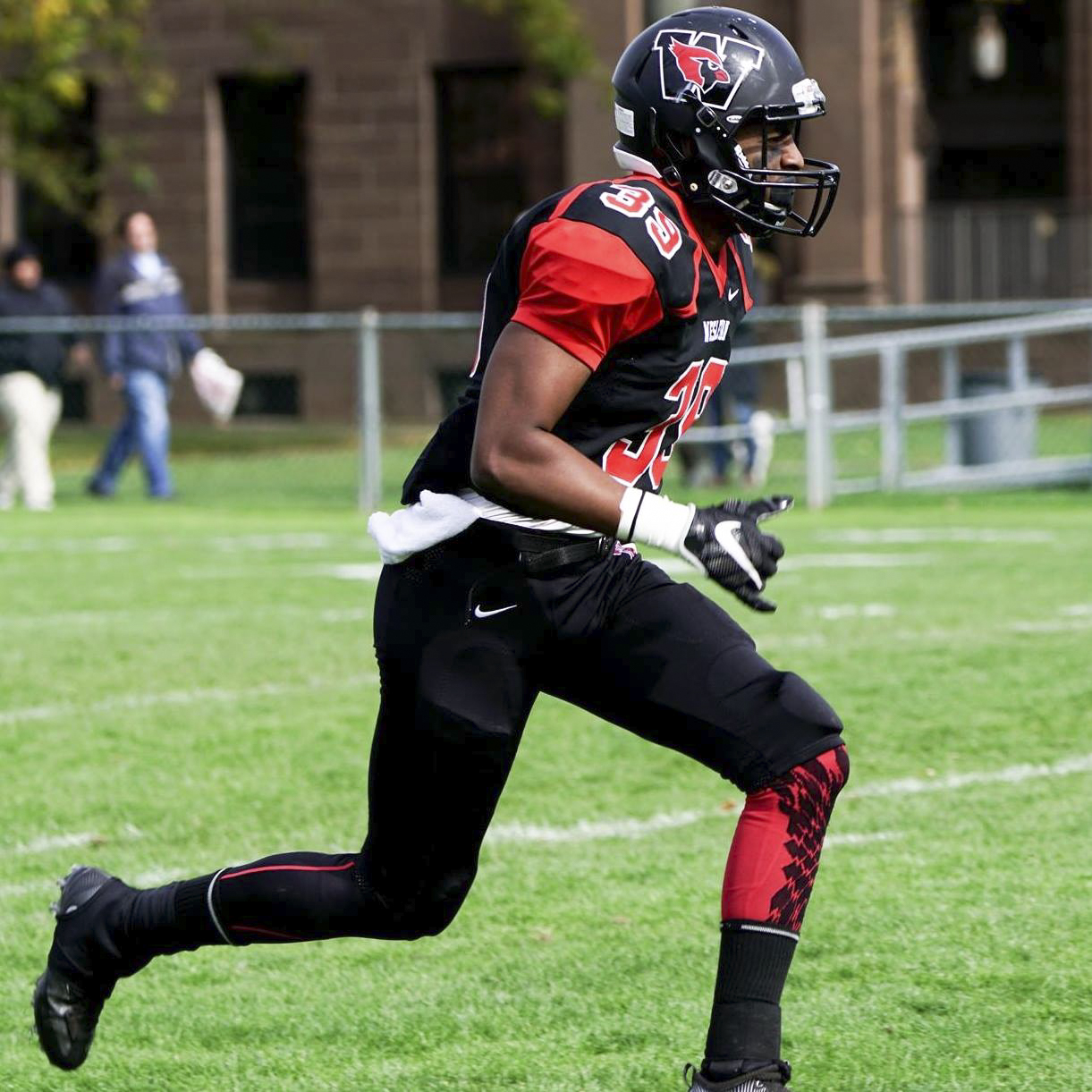 Khephren Spigner ’18 never planned on becoming a campus renaissance man. It just happened. From singing, social work, playing on the football team, and writing a thesis, it’s amazing that this WesCeleb found the time to sit down with The Argus for an interview.

The Argus: So I guess the first thing you knew you would get involved in on campus is football, right? How have you liked being on the team, especially in your final season?

Khephren Spigner: I play safety, but I don’t really start on defense. I play a lot of special teams, so I get in the game through that avenue. This season is looking really good. We have such a different chemistry than we’ve had in other seasons. We’re a lot closer as friends and in knowing each other, which really helps and translates on the field. That’s why I think the Tufts game happened, because we didn’t get down on ourselves; we knew we could come back from anything. [That game] was honestly the most exciting thing I’ve ever been a part of here at Wesleyan. I’ve never screamed so much. I usually don’t get too emotional during games, but I was yelling and angry and very passionate about what was going on. We’ve really come together as a team as we’ve been trying to put all the phases of our team together.

A: I understand you also do a lot of work with the Edgar Beckham Social Justice Award Ceremony. Tell us about that.

KS: So I’m the head chair for the Edgar Beckham Social Justice Awards, which is an awesome night we create with funding from the school for people to come together and recognize different types of work that are going on around campus based on social justice. There’s a lot of people who deserve these awards, but we can only recognize so many. I love creating that kind of space where people can come in and just relax knowing they’re gonna have a good time, and then we’re going to go back to work the next day.

A: Another notable activity I see you’re involved in is an a cappella group, Notably Sharp. That’s not something you see much among football players, as far as I know. How did you get involved in singing?

KS: I never sang in high school or ever, really. I actually used to do homework next to my mom at home when I was at [grade] school, and I would sing through my headphones and she would be like, “you’re a terrible singer. Just a bad singer.” So, I never thought I could sing, because she always told me that. But, when I came here my freshman year I would sing in like the shower or with dorm room door open and someone in my hall who was in Notably Sharp suggested, “Oh, you should try out for our a cappella group.” “I could never do it,” I told her. But, then fall of sophomore year they just kept texting me and asking me to come try out, and so I mustered up some courage to go over. It was a terrible audition. I was like I don’t wanna sing, and then I’m gonna sing. I was so scared. They had to ease me into it, but we got there and they accepted me. And now I love, love a cappella. They’re just great people.

A: Do you have any plans for after graduation?

KS: Oh god… get a job? [laughs]. I’m looking into going to graduate school, possibly for sports management, because I love sports. I think that’s just a good passion for me and that I know I won’t get bored in. I would definitely like to go that avenue. Right now I’m just seeing what happens with interviews and jobs. I’m not a person to worry about what’s gonna happen in the future. I just try and do as much as I can today and see what I need to tomorrow and see where that leads me. And this is where it’s gotten me [laughs]—to this interview.

A: What impact do you hope to leave on Wesleyan?

KS: When I was a freshman and I wasn’t involved around campus yet, these two seniors drew me out of my room to see what else is going on around campus. And so I hope that people who are younger than me —the people who are in my a cappella group or on the football [team]—I hope they can see how many things they can do like I was able to. I hope they learn they can do whatever they want on this campus, and they should try and pursue their passions no matter how crazy. I feel like I’m talking promo for Wesleyan here [laughs]. I want to give those skills to freshmen, so they have those skills to be successful when they are my age.