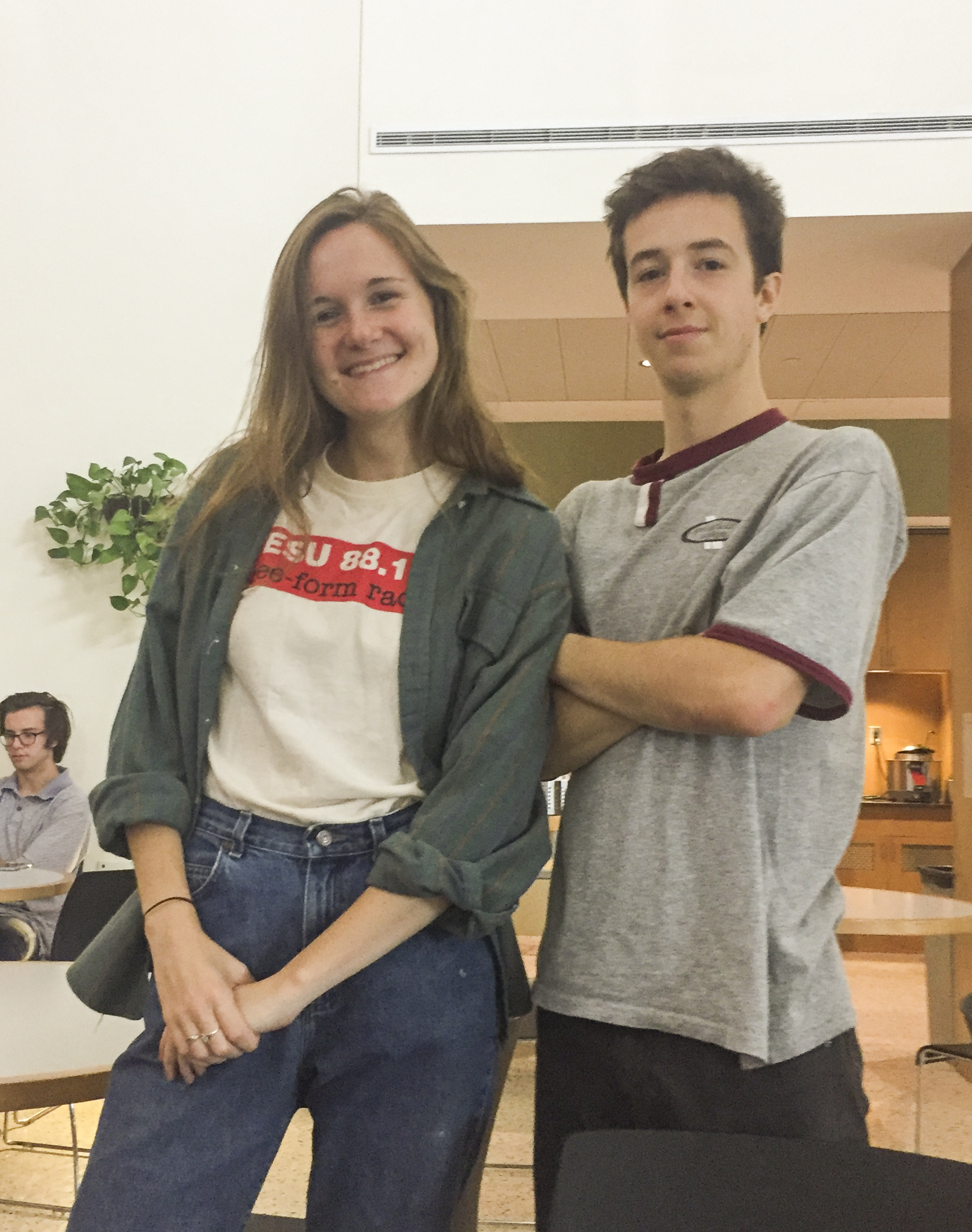 How can college radio, once a major agent of influence in the American music scene, survive in the streaming era? WESU-FM, the University’s only radio station, hopes that the answer is creating a musical bond between Wesleyan students and the surrounding Connecticut community.

This past Sunday, Oct. 8, WESU hosted its semi-annual record fair in Beckham Hall, where it sells thousands of articles of music memorabilia such as CDs, vinyl records, cassettes, and WESU apparel. As I walked through the fair, chatting with WESU President Beth Townsend ’19 and Vice President Babe Howard ’19, I was struck by the impressive Middletown turnout. The crowded room had a noticeable absence of backpacked millennials, predominantly replaced by middle-aged Deadheads in psychedelic t-shirts.

“There are very few activities that fuse the Wesleyan community with the Middletown and Connecticut community at large in such a smooth, organic way,” Howard told me. “You can really build connections with non-Wesleyan people.”

WESU is run in tandem by students and community members from Middlesex County. Howard estimated that the split is near 50-50, but tends to favor the latter as students go abroad, graduate, drop their shows, etc. The Board of Directors is primarily made up of students, but there is no shortage of community sway in the everyday operations of the station. For Townsend and Howard, this is one of the aspects of WESU that makes it unique—not just from other University activities and groups but also from other collegiate radio stations.

“We have a staff meeting once a month, and one of my favorite parts of WESU is being in this PAC room where I’d usually have a history class, but being with these community members who bring their children, and are all pals from having done WESU for years,” said Townsend. “Seeing those people mixed in with students is so fun, and it feels so worthwhile knowing that we’re doing something that is impacting people outside of campus.”

“College radio is still something I’m very passionate about,” said Townsend. “It’s being slowly more and more forgotten because of how people get their music digitally, but I’d really like to bring it back as sort of a pillar of music on campus. Especially in the age of people being obsessed with podcasts, why wouldn’t you want to listen to a program of really diverse radio shows, some that your friends are doing, the same way that you would a podcast?”

Howard added that the perception of WESU as a significant time commitment—which he adamantly decried as false—may be turning some students away.

“We have a lot of people training to be DJs right now, and the process is super quick, which is I think a misconception that a lot of people have,” said Howard. “It takes a semester, but it’s not intensive. You start around the top of the semester and come in once a week for about an hour of training sessions, and just go through our manual learning how to use the mechanical equipment, and then you’re good for the rest of your Wesleyan career.”

“We’re trying to book more shows through the radio station,” he said, while explaining his plans to drum up enthusiasm. “I don’t know if you remember our freshman year, when Waxahatchee came and played…. That was a WESU show sponsored by us. So that’s something we’re looking to do this semester, is branch out into more live shows. [Townsend] and I have our own show called Wild Wild Live where we bring on student bands. But beyond that, an opportunity we have that I don’t think we’ve capitalized on in the past is to get the great indie bands that come to Wesleyan on Fridays and Saturdays on the air.”

He also plans to start a weekly zine-esque update called “What’s New at WESU,” which will highlight upcoming shows and events.

While Howard highlighted future goals for the station as a way to reinvigorate on-campus interest, Townsend emphasized the value that she already finds in the station.

“In cultivating not just your own show but also an ensemble of shows, there’s a lot of creativity there, especially in the age of internet where you’re typically cultivating things for your own circle of people,” Townsend said. “Creating content that is often heard by strangers gives it a sort of legitimacy, I think, and is so much fun to be a part of.”

“Listening to WESU in my car feels awesome,” she said, continuing on the topic of legitimacy. “Hearing MEG [Meg West ’19, Jake Rogers ’19, Chris Reed ’19, and Kendall Kinney ’20] get interviewed, who are some of my close friends, while driving back to campus was such a cool experience.”

College radio isn’t the first musical institution to be threatened by technological advancement, nor will it be the last. But Townsend and Howard believe that WESU’s history, along with the valuable (and increasingly rare) ties that it forges between the University and Middletown, is worth fighting to preserve. They proudly informed me that WESU was started illegally in 1939 when two inventive students connected their sound system to the water pipes of Clark Hall, inspiring a chapter of the WESU manual titled “Mischievous Beginnings.”

To maintain its influence in the 21st century, WESU needs help. On Nov. 18, the station will hold a fundraiser show in Beckham Hall with a small cover fee. The “variety show” will feature on- and off-campus acts and a catered three-course meal. But after talking to Townsend and Howard, who wear their affection for WESU on their sleeves, it’s clear that there’s a sort of magic about the station that can’t be captured until you’ve sat in the DJ booth.

“It’s a crazy feeling you get sitting in the booth, knowing that people are listening to you, and it’s not just your mom listening,” said Howard. “Although my mom is always listening.”