Transparent Blurs Its Own Identity in Season 4 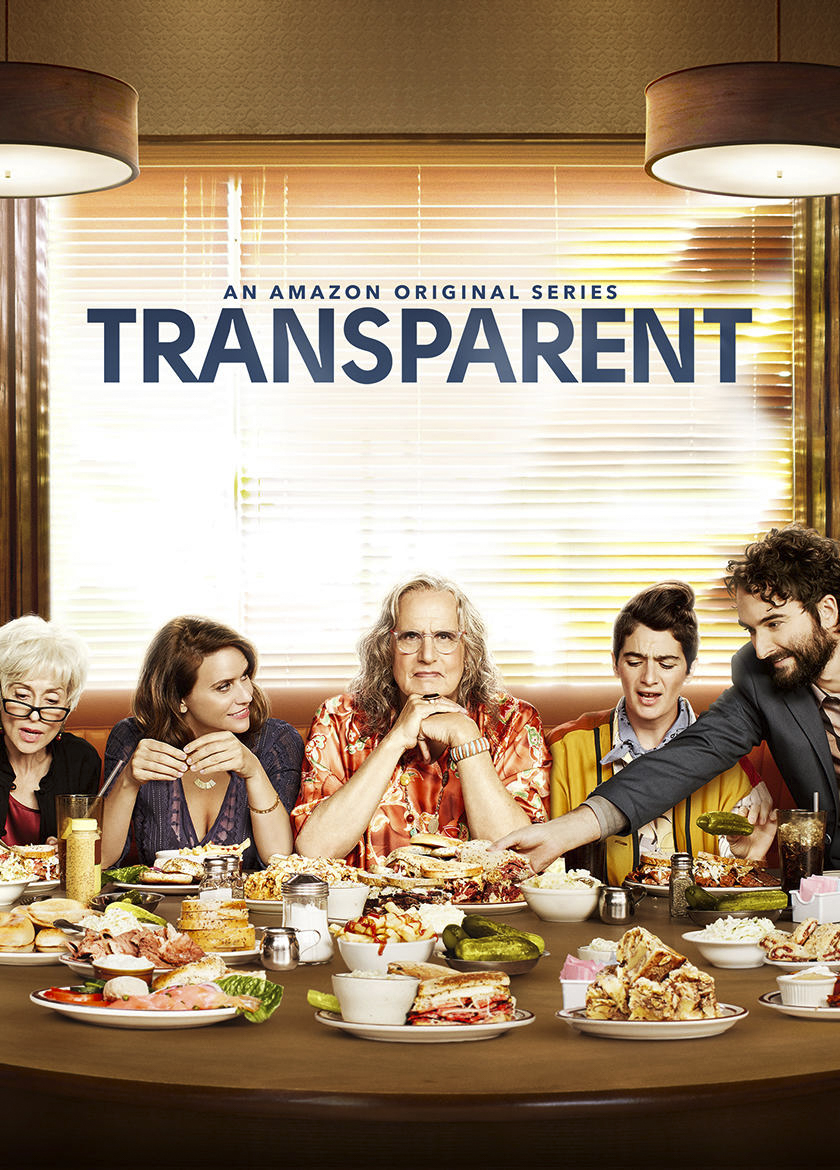 “I’ve been going out a lot lately with the intention of finding someone. This idea that I’ll find, uh, my person.”

The fourth season of “Transparent” opens with these lines from Lila (Alia Shawkat), a character we’ve never seen before in a place we’ve never been. While Lila eventually becomes entangled in the centerpiece of the television series (the Pfefferman family), her initial mysterious words are applied to the discovery of family, romance, and of one’s own self in equally graceful and messy ways.

Since “Transparent” is so obsessed with family history, it’s important to know about the show’s past, mostly because watching “Transparent” in 2017 is radically different than watching it when it premiered in 2014. The Amazon show’s first season was a tight production that centered on Maura Pfefferman (Jeffrey Tambor), the head of a Jewish family coming out as a transgender woman. Only a year before, Netflix offered “Orange is the New Black,” a sapphic depiction of life in a woman’s prison, featuring Sophia Burset (Laverne Cox), a Black transgender inmate. Both of these depictions of transgender women were hailed as groundbreaking, progressive accomplishments, and I think there’s truth to that: At this time, complex trans characters began to grace laptop screens, an important step in the slow-moving process to broaden trans visibility. But where could both of these shows take Maura and Sophia after revealing their origin stories?

In the following three years, both “Orange” and “Transparent” have opened up their narratives to explore a family of characters, diving deeper into political themes in bold, formalist experiments. Both shows have faced the challenge of treating their characters’ trans identities as a part of their story but not their narrative pull, which opened up the shows to engage in sprawling dialogues, but also made them messier. “Orange,” in particular, struggles to pull this off: Sophia has never emerged in any more significant ways than she did during her original introduction, and has always remained at the periphery of the show’s now nearly-absurdist world. Meanwhile, “Transparent” has used its expansive structure to deepen the supporting cast around Maura, and transform her transgender identity into a fact of life as opposed to a show-defining trait. The series has transformed into a sincere exploration of identity and family for all of its characters. And it’s all the better for it.

The fourth season picks up where the last left off: a family unified in their lostness. Maura is preparing for a lecture in Israel. Her ex-wife, Shelly (Judith Light), joins an improv team on a whim and is struck by an obsessive need for control. Their children are all on isolating journeys as well: Sarah (Amy Landecker) has reunited with her ex-husband Len (Ron Heubel) but simultaneously becomes attracted to the meditative but confident Lila. Josh (Jay Duplass) joins a sex addict club as a joke but becomes fascinated with exploring his own sexual history. Ali (Gaby Hoffman), recently broken up with her professor girlfriend, feels lost in both her surroundings and her body. But what unites the family is Maura’s realization that her father, long assumed to be dead after leaving her, is actually alive and well in Israel—which prompts a family trip from Los Angeles to the Promised Land.

I’ll admit that the concept of a “National Lampoon’s Vacation” coinciding with a spiritual journey at first sounded ridiculously clever to me. Upon arriving at Jerusalem, Sarah giggles, “It’s like an orthodox Jewish Disneyland!” But transplanting all of the show’s main characters into a new environment gives the show space to wander, and ruminate on storylines featured in the past but not explored further until now. Religious themes, especially those related to Jewish identity, have always been at the core of the show. But by placing the characters in a sacred space, “Transparent” becomes more meditative and reflective.

But this stillness lacks some of the narrative momentum that made watching earlier seasons so enthralling. When Maura comes out as transgender in the first season, it’s framed as a revelation both for Maura and for her family. Coming out was a bold, declarative announcement of identity—a liberation from a lifetime of repression. The show has since reevaluated its conception of coming out. When Ali started dating a woman in season two, it was celebratory but almost accidental. And moving into this season, Ali’s questioning of her own gender identity takes the form of confusion and disillusionment. When asked by Maura if she is trans, Ali can only respond, “I don’t know. I don’t know that I feel like a woman.” In place of discovery, we get a person in the process of discovering. And while the situation is more complex, this lack of conclusion and answers can be just as frustrating for the audience as it is for the characters. Is the show building up to something, or is it grasping at straws?

The show’s lack of decisive statements is only recognizable because “Transparent” has pulled off some stunning arguments in the past. Previous seasons have built up to flashback episodes, where revelations in the characters’ backstories formed an immense emotional pull. Connections were made between mothers and daughters, between modern oppression and the Holocaust, between race and gender. It initially seems like the show will dive head-first into the Israeli-Palestinian conflict. And while it does touch on the topic multiple times, and from different political viewpoints, the crisis instead becomes emblematic of the problems of the characters: perhaps it’s a situation much like each of theirs, one with no easy answers, conclusions, or arguments.

That’s not to say that “Transparent” doesn’t still pull off some genuine moments of grace within its complex and sometimes anxious search into identity.  Episode 5, titled “Born Again,” reveals a backstory to Maura’s trans friend, Davina (Alexandra Billings), beautifully highlighting the connection between the gay, drag, and trans communities. As a kind of revisionist history to Maura’s memories, she’s featured in flashbacks with a post-transition appearance. Shelly’s comical nervousness gives way to tranquility during a moment in the Dead Sea, simultaneously drawing upon the traditions of the Christian baptism and Jewish mikveh. And not all journeys this season wind up at dead ends: Josh is asking for help, and he’s getting it. Out of all the characters, he’s easily the one who’s matured the most since we saw him in the pilot episode. Now if he could just meet up with Rabbi Raquel (Kathryn Hahn, whose absence is felt this season), I would feel totally complete with his series arc.

And as always, the music choices are at once surprising but perfect companions to the narrative. Throughout the entire Israel trip, characters sing songs from “Jesus Christ Superstar,” particularly the song, “Everything’s Alright.” It’s a very bizarre choice to have a Jewish family continually singing about Jesus. But it reveals everything the show does so well: blurring the boundaries between Christian and Jewish, ancient and modern, human and divine, personal and political, individual and family, comedy and drama. This newest season may have blurred the lines too much, to the point where, like the characters, the identity of “Transparent” itself is now truly unclear. But there’s a kind of joy in that, as well. I’ll just keep singing the words “Everything’s Alright” until the next season comes out in August.