Curb Your Enthusiasm Leaps into Ninth Season with Crafty Cringe 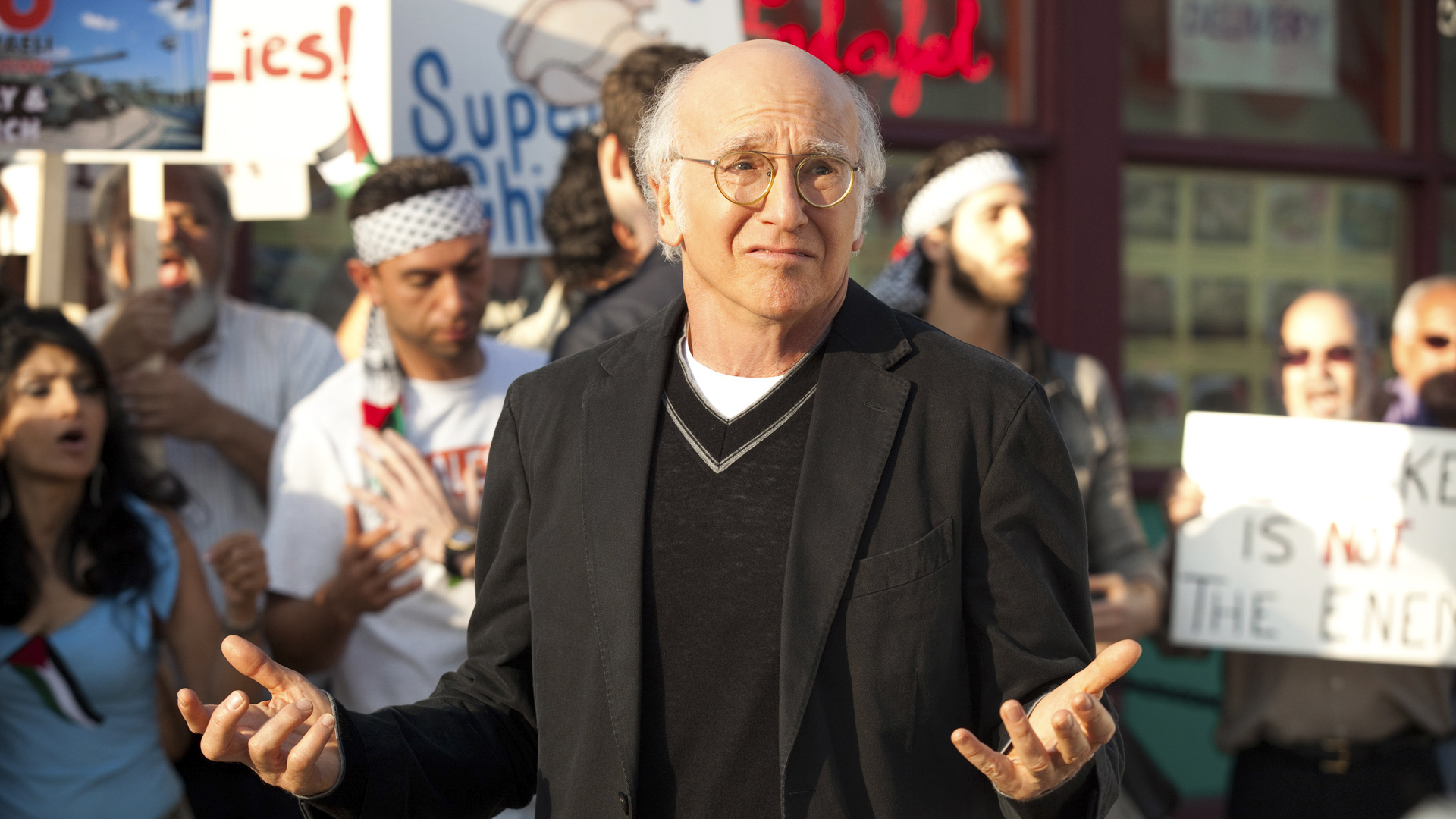 When an enraged woman shouts midway through the first episode of Curb Your Enthusiasm’s ninth season, “What type of psychopath interferes with the nuances of a lesbian wedding?” the answer to her rhetorical question is abundantly clear: Larry David.

Here’s the scene: Larry has arrived unannounced at the home of a female barber, Betty, whom he believes has overcharged him for a haircut. He’d hired Betty as a compensatory gesture after getting into a fight with her about the politics of door holding, having told her that she doesn’t look like the “type who would want a guy to hold a door open for her.” In Larry’s wacky, socially incestuous West LA world, this interaction eventually leads to him interfering with the nuances of her lesbian wedding. Spoiler alert: he ruins the wedding by insisting that the intended groom and bride switch roles to better suit their gender expressions.

This plotline is one of several that unfold in the episode, “Foisted!”, which HBO released on Oct. 2 after a seven-year hiatus between the eighth and ninth seasons. Larry David has mastered the multilayered mode of television storytelling that he pioneered with “Seinfeld” and refined with earlier seasons of Curb. It’s characteristic of David to weave together subplots both within episodes and across seasons.

Among this episode’s other plotlines: Larry writes, pitches, and promotes a Broadway musical called Fatwa! about “Salmon Rushdie having his life ruined because he got a fatwa—death order—from the ayatollah”; Larry “foists” his underperforming, constipated secretary (Carrie Brownstein) onto his manager’s wife Suzie after realizing that Jimmy Kimmel had foisted the secretary onto him and that Martin Short had foisted the secretary onto Jimmy Kimmel; and Larry uses a charity fundraiser for an organization called PAM (People Against Mutilation) as an opportunity to flirt with his ex-wife Cheryl. Yet another subplot revolves around the death of Richard Lewis’ beloved parakeet. When Brownstein tells Larry this news, Larry decides to send Lewis a condolence text, and Brownstein winningly deadpans, “For death, sometimes a text is inadequate.”

Returning cast members Jeff Garlin, Susie Essman, Cheryl Hines, J.B. Smoove, and Richard Lewis are also joined by new and old guests including Ted Danson, Lawrence O’Donnell, Julie Goldman, Nasim Pedrad, and Jimmy Kimmel. Curb is famously unscripted, with cast members regularly improvising dialogue while shooting scenes. Some of the best moments of the episode are those in which Larry and Jeff must refrain from laughing at the ridiculous things they say to each other. This dynamic also appears when Larry is talking to Brownstein about her constipation—you can tell they both want to laugh, calling to mind Bill Hader’s charmingly flawed Saturday Night Live character Stefan, who seems always to be suppressing self-induced laughter.

Interestingly, the episode begins with a rare scene of Larry alone. We see panoramic aerial shots of Santa Monica on a beautiful sunny day, and then we descend into the second-floor master bathroom of Larry’s mansion. Here we witness Larry in the shower, singing to himself while trying to open a new bottle of soap. He struggles with the bottle, unable to take off or unscrew the top. In a matter of seconds, he becomes irate, drops the bottle, and breaks it. This is, of course, a perfect metaphor for Larry’s near constant social fumbling in an otherwise luxurious and comfortable place. His defining quality is this impressive proclivity for disruption, distress, and destruction (Did I mention he ruins an engagement later in the episode?). Yet Larry is also likable in his awkwardness, highlighting the small dramas (and traumas) of the everyday. He views himself as a warrior for social justice, a role which should absolutely not be confused with social justice warrior.

Meanwhile, the episode’s most absurd plot is the one about Larry’s musical “FATWA!” When Larry appears on Jimmy Kimmel’s late night show to promote the musical, their conversation quickly devolves into a cringe-worthy series of jokes about the ayatollah’s purported sexual preference for redheads and dislike of the app Waze. Unsurprisingly, it is revealed that Larry knows almost nothing about Islam. The next day, Jeff frantically calls Larry to tell him that the ayatollah of Iran has issued a fatwa for Larry’s death (“I begged you not to imitate the ayatollah!” Jeff shouts over the phone). Jeff requests that Larry go light on the ayatollah didn’t reach Larry because Larry’s new interim secretary Leon (J.B. Smoove) doesn’t do anything remotely secretarial (He answers the phone, “Larry David’s office, what the fuck is up?”).

Larry, as he did throughout the first eight seasons of Curb, succeeds in offending just about every marginalized social group possible in this episode. If the thought of a wealthy white man offending minorities disturbs you, remember that the joke is always on him. Things rarely turn out well for Larry, and it’s this tendency for self-sabotage that ultimately drives the show’s comic and narrative arcs. Based on the first episode, season nine should be both hard to watch and deeply enjoyable.