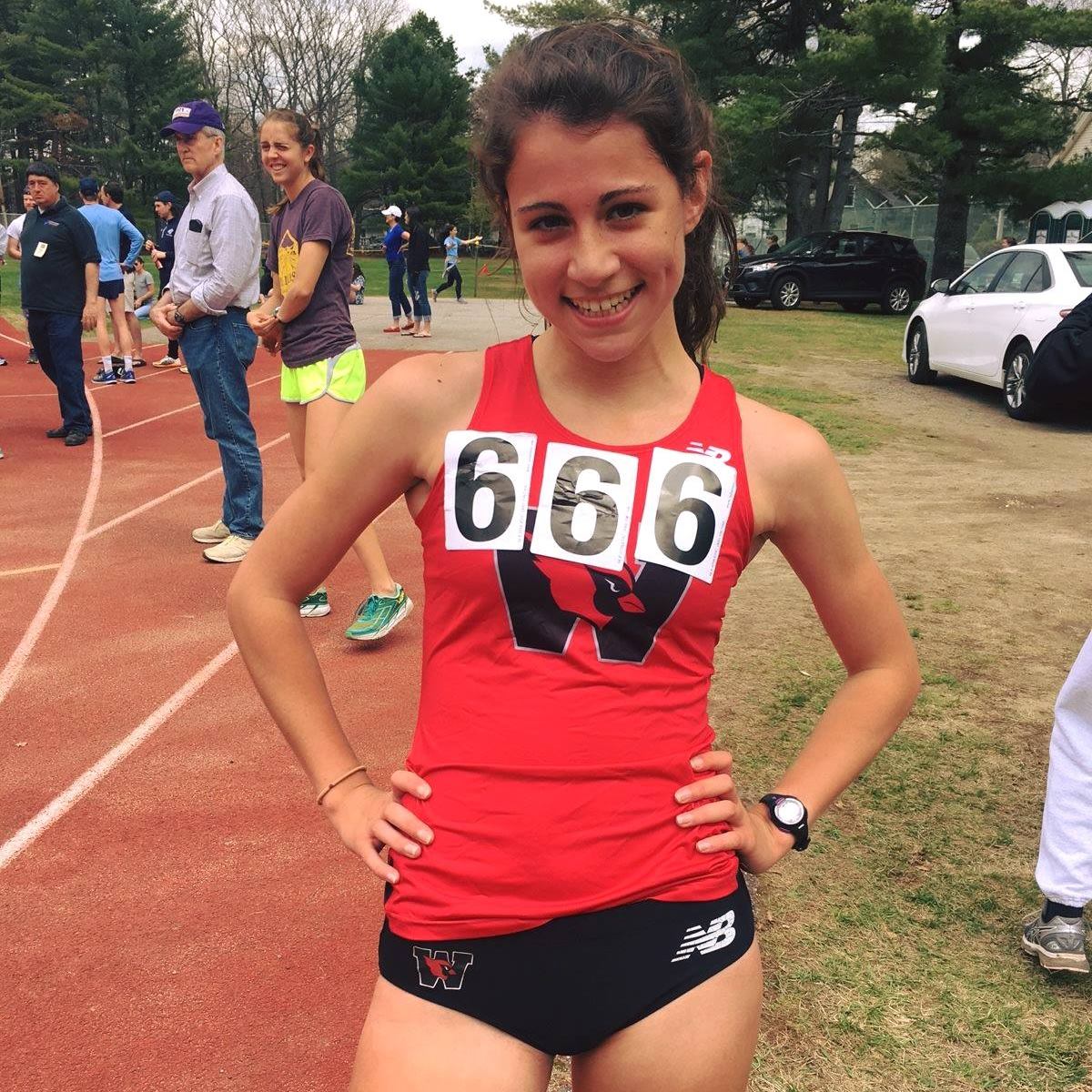 Wesleyan’s cross country teams took some important strides this past Friday, Sept. 29 at Lehigh University’s Paul Short Run. Although ending up in the bottom half of the barrel with an 18th place finish out of 24 schools, the men’s team pulled through with some personal successes. Tate Knight ’18 finished first out of the Cardinals runners, placing 61st out of 214 runners. Next highest for the Red and Black was Kevin McMorrow ’20 , who reached 80th overall. Later in the day in the Men’s Open event, Connor Cobb ’18 made 177th out of 336 runners, with Frank Tucci ’19 following just 18 seconds behind him.

The women’s team asserted its dominance with a first-place finish in its event. First year Becky Lopez-Anido snagged fifth out of 271 competitors, with Julia Mitchell ’19 finishing second for the Cardinals and seventh overall. Mitchell’s success builds off her first-place finish at the Wesleyan Invitational earlier this season. But Mitchell is much more than an outstanding runner; she’s also a stunning musician. When she’s not running, Mitchell can be found in the music studio composing for various events on campus or her Music Theater Workshop class. The Argus sat down with Mitchell to discuss her love of both passions.

Julia Mitchell: Well, I started running in seventh grade because my middle school had extracurricular activities after school and my parents couldn’t pick me up at the normal time, so they just signed me up for all the sports. I was like yeah, I’ll do cross country and basketball and volleyball and track or whatever. I went into high school and already had that background in running and my mom was like, “You should just continue running!” I was kind of like,“Well, I don’t really like running, but I stuck it out.” So in high school, I didn’t do winter track, just cross country and [outdoor] track, so I had the winter to chill and kind of be a couch potato and all that. But then my coach junior year said I was good enough to run in college, and I [didn’t] really see myself doing a lot else. It’s just a great atmosphere, and it’s how I made most of my friends in high school…so I was like yeah, why not. And then I contacted the coach at Wesleyan and he was like “Yeah, sure, come here,” and I was like, “Great!”

A: So Wesleyan was one of your top choices, then. How did you decide?

JM: The friends aspect as well, for sure. Not that I could really run DI, but I just didn’t really want that competitive vibe that DI has, so I really wanted an atmosphere that was motivated and committed to the team but also having fun with it. I think that was the biggest reason why I wanted to go DIII. I was visiting other schools and visiting other teams and saw this team and was like…“This is the best one.” It’s the culture that Wesleyan has. We incorporate it into the team. It’s just an extension of the Wesleyan vibe but in a very specific sense and I really liked that.

A: On the other side, with music, when did you start working with music and composing? Did you sing first?

JM: I’ve been singing since I could sing, really. I think my mom said that I sang when I was ten months old. Cool, but that’s kind of a myth. I was always very interested in music and my mom’s boss, I think, had this piano that they were going to give away. I was five, and my mom was like, “We want Julia to start playing piano or at least do music.” So I took the piano and that’s how I started playing music. I’ve always been very interested in composing, and for the first five years of my life I was doing more traditional classical music, but then I was introduced to jazz by one of my teachers and that just changed my whole entire view. It’s like improv, so you’re composing and you’re really making music, based on this basis of chords that are already given to you. That’s when I realized that that’s what I wanted to do.

A: When you got here, did you know you were going to continue doing music?

JM: Yeah, I’ve always been very interested in music. I want to be a film composer, and I’ve always been interested in the film industry. My first dream job was a debate between an actress and a McDonald’s server or a waitress or whatever because I was obsessed with McDonald’s when I was young [laughs]. Says the runner. After a while, I went through acting, directing, then editing, all with my music background still growing. I think I was nine when I first composed. I have a little brother who’s twelve now, and he was watching “The Aristocrats,” a favorite of his, and there was this one scene that he was like obsessed with, but I thought the music was completely wrong for it. So I went to the piano and composed my own. I was a little brat, but that’s when I first considered composing for film.

A: How do you stay balanced here at Wesleyan with your varying interests?

JM: It’s hard, you know, as a three-season athlete, you’re constantly in season. So you constantly have to think about food and sleep and not overexerting yourself. I think the biggest thing was that my freshman year, the deans and advisors talked about the rule of seven, like not doing more than seven things. So I thought that was a pretty good idea, and I try to stay within that. I take four or five classes, I run, and I have a work-study job. I also try to get involved with Second Stage and Cardinal Pictures to get to do some composing on the side. At the end of the day, if you’re passionate about something, it shouldn’t feel like work. And even if you’re exhausted at 2 a.m. with a musical, or show, or whatever, you’re also having fun. I try to minimize the 2 a.m. late nights but sometimes they just happen and you just have to go with it. I’ll show up the next morning cranky in my classes, and then I’ll go to practice and I’ll complain and everything, but I really wouldn’t want to be doing anything else.

A: Do you think there are any parallels between composing and running?

JM: That’s a good question…I think running is very freeing. We’re not allowed to listen to music [when running], which is a good thing because our coach wants us to focus on our runs. But you know, when you’re running eight miles a day, or four miles a day, or whatever, you have this extended period of time where you’re going in and out of focus points. And during that time, sometimes I’ll think about music, but most of the time I’m just trying to enjoy the run. Over the summer, I had a couple of moments when I was on a four-mile run and thought that I had to go back soon because I had this idea stirring and I needed to write that down. So that definitely happens.

A: Who are your running role models? Your music ones?

JM: My role models in running are Jenny Simpson and Emma Coburn. They’re both on the New Balance team. They’re both Olympians but that’s not really the reason why they’re my idols. It’s more that Jenny Simpson was always good, she’s a 1500m runner and that’s kind of my distance, so she’s an idol because of that. She’s an insanely hard worker and mentally very tough. I find that inspiring. Emma Coburn is this amazing athlete who in high school was not amazing or spectacular. She was good but not phenomenal. She didn’t really show signs of this really innate talent until she went to college and she really worked and became who she is now due to just hard work. That’s very inspiring because I’m a DIII athlete and I don’t really plan on becoming an Olympian, but it shows that if you work hard, good things can come to you.

In music, it shifts all the time. Currently, my favorite film composer is Thomas Newman. I really identify with his style. That’s basically the only reason why. I’d say right now that my idol in music is Stephen Sondheim, mostly because I studied “Sweeney Todd” last week for my [Music Theater Workshop] class. But I’m also so in love with his work and so inspired by how he came to be. His story is just fascinating. He came from a really hard familial background and he made it all by himself. Obviously, it helped that he was family friends with Hammerstein and stuff, [laughs] but definitely very inspiring.

A: What are you looking forward to this season? And this year, musically?

JM: This season our team is looking really good. We have a really tight pack and some really amazing freshmen. Some of them are injured right now, but we know they’re right there and it’s so exciting to see this new batch of talent coming in. I’m also just really excited to spend this last season with some of our seniors. It’s crazy because I remember when I came in my freshman year. We had no seniors, just juniors and sophomores. It’s weird being in that position now, being like, “Oh, I’m the same age that they were when I came in,” and comparing myself to them and wondering whether I’m doing the right thing. I’m really, really glad that we have the seniors on the team that we do and I’m going to miss them so much. I’m really trying to get the most out of my season, but also their season, and just enjoying their last times with us. Not to make this sad [laughs]. It’s a family, so I feel deeply connected to them. You spend so much time with them on runs and we also get dinner and lunch and sometimes even take classes with each other. They’re my best friends, so it’s great to be able to enjoy something that you’re passionate about and share it with your friends.

Musically, I’m really excited about Music Theater Workshop, a class that’s one of the highlights of the semester. I’m also excited to be working on“Circle, Mirror, Transformation” with [sophomores] Pryor Krugman and Ramsay Burgess. I’m doing the sound design for them and just am so excited. We had a designer run yesterday and oh my god, the actors are so amazing and the crew is amazing. Wesleyan as a community is so great because you bring something in and just assume everyone else is going to bring their top game. It’s no surprise that Lin Manuel-Miranda went here and is so amazing. There are just so many Lin Manuel-Mirandas at this school. It’s so great to be around all of these ridiculously talented people.

Zoë Kaplan can be reached at zkaplan@wesleyan.edu