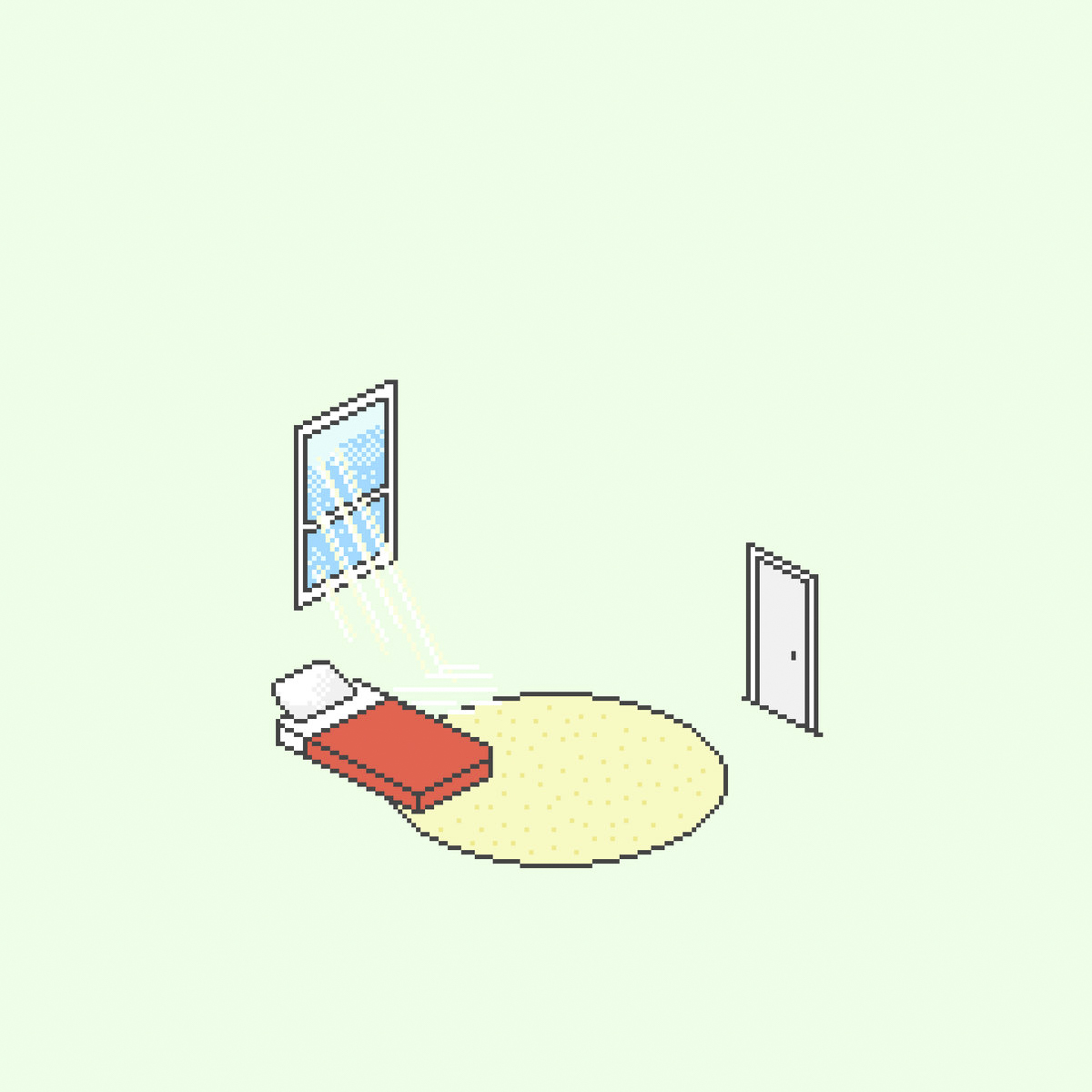 Florist released its second album, If Blue Could Be Happiness, on Friday, Sept. 29 via Double Double Whammy. The album is a plaintive and deeply felt meditation on memory, fear, friendship, trauma, and self-care, largely explored through the dual themes of color and light.

The album begins with a high-pitched, ethereal tone and the fragmented rising and falling of one or multiple voices, punctuated by what sounds like the clicks of a typewriter. Enter Florist’s minimally composed, maximally moving universe of sound. The song “Blue Mountain Road” serves as a road into the album, with vocalist Emily Sprague singing, “Don’t be afraid, I’m not going away / I’m just keeping track of my mental state / Don’t be afraid, it’s what I always said / But I am afraid, I’ve always been afraid.” Here we see the vulnerability that Florist has always exhibited in its songwriting. For Sprague and bandmates Rick Spataro, Jonnie Baker, and Felix Walworth, there is both power and empowerment in simplicity.

Florist’s music resists categorization. When Pitchfork published a review of the first single from its new album this summer, they labeled Florist as “folk/country.” Meanwhile, Florist’s Wikipedia page reads, “indie pop, folk, indie folk.” Its Bandcamp is tagged “folk diy minimal pop wiggles New York.” Regardless of the genre, Florist’s music has consistently been defined by sparse, carefully composed arrangements that alternately highlight vocal and instrumental elements. This applies to If Blue Could Be Happiness as much as any previous release.

The three singles from the new album, “What I Want To Hold,” “Glowing Brightly,” and “Understanding Light,” share a spacious, reflective sensibility, which comes through compositionally and lyrically.

“What I Want To Hold” is a particularly useful song for understanding the album. When Sprague sings, “I want a place where I can stay warm / deep inside my body of this earth,” they long to locate positivity internally, which can be understood as the guiding impulse of the album.

Sprague fails to find positivity or lightness internally. In “Blue Mountain Road,” they sing, “And I know I love you blue / It’s the color in my heart / And it’s been there all along / And I’ll keep it after death.” Blue is variously pain, trauma, fear, and loneliness, but Sprague is committed to surviving or overcoming these states. In “Understanding Light,” they sing, “Why can’t I find a place to hide from the darkness? / I want to live in the blueness.” This is a transitional moment in the album from which Sprague’s project is altered from searching for happiness to living with blueness.

When Florist performed in Middle House (formerly Buddhist House) two years ago, the band gave me a small pin of a bed that appears on the cover of their first album. The symbol of a bed is also useful for understanding Florist’s new album. When Sprague locates blueness within themself, not as an incidental or circumstantial quality but as an essential quality, it becomes clear that this album is about self-acceptance and, more crucially, self-love. With If Blue Could Be Happiness, Florist is posing an incredibly difficult question: “What if blue could be happiness?” How can we live with blueness?

Thus the symbol of a bed is useful for multiple reasons, since Florist’s music-making practice, like a bed, is a site of healing, self-examination, retreat, dreaming, wonder, and memory. The bed is an imaginative and reparative space in which Sprague can pursue safety, comfort, warmth, and connection all while recognizing their own sense of fear, disconnection, and the complicated desire to retreat or turn inward. In this way, Florist puts the bed in bedroom pop.

In “Glowing Brightly,” a dreamy yet confident song that traverses landscapes both internal and external, Sprague sings “Woke up feeling bad again / The window always shows me where I am.” Here, lying in bed becomes the position from which Sprague can access the world. Sprague continues, “I just want love, I just want sun, I just want your company.” This is a disarmingly simple expression of the contradictory instincts we all have—especially in times of hardship—to retreat and to connect with others.

The penultimate song is a humble, melancholic, ultimately optimistic instrumental track (aptly called “Instrumental”). Even without vocals or lyrics, Florist succeeds at channeling complex feelings of disappointment, hope, and wonder.

The album ends with “Red Bird,” a song that rings with the cautious calm of a comedown. Sprague sings, “So I see myself / A mother’s only daughter in the red of the earth,” returning to a previous image of body-as-color-in-earth. It’s not that Sprague has replaced blue with red, it’s that Sprague, like everyone, contains a multitude of colors, lights, and tonalities within; a range of emotions and effects that inevitably combine in unexpected ways. If Blue Could Be Happiness presents these combinations in a charming, compelling fashion. Best listen to it in bed.