Eye Candy: How Tasty Has Captured Millennials’ Heart and Stomach 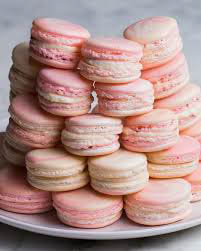 You’ve already seen them. The overhead angle. The blocky white font. Endless ways to use Pillsbury™ Crescent Rolls, Oreos, and crushed Doritos. A three-course meal in 30 seconds, seasoning optional. Buzzfeed’s Tasty videos have revolutionized the format in which we consume, and watch what we consume. The speedy recipes dominate Facebook timelines, (sponsored) Snapchat stories, and have even launched careers. Move aside, Rachel Ray. Thirty minutes is too long to wait for the generation of Amazon Prime and Twitter. Millennials want to put cheese and tomato sauce in a cast-iron skillet and call it an appetizer, presumably to serve to valued guests instead of enemies.

Although Tasty videos have been known to range in complexity, the overwhelming majority of them offer an impossibly easy vision of what cooking is actually like, using store-bought ingredients and cheerful backing music to make you really think your dish will taste like homemade pate choux in a minute, tops. Moreover, the recipes presented in these sorts of videos are rarely the practical, day-to-day meals you’d make when you’re in the middle of homework and barely want to turn on the microwave. There’s an element of recreation to every one, offering throat-coating amounts of cheese, chocolate, or cool whip. Making these are not only a breeze, but they’re a treat! As a Full House resident with barely enough energy to make stovetop mac and cheese, I can tell you that your homemade macaroni endeavor will not be quite as easy as the white text suggests.

It doesn’t actually matter whether Tasty actually convinces anyone to try out the recipes in real life (although that would help their recent book sales), because the gambit is all in getting people to watch the video. Very few people want to spend 15 minutes watching someone make lentil soup for the thrifty students’ soul. A lot of people, including me, will take a minute out of their lifespan to learn how to make “Unicorn cheesecake,” which is just regular cheesecake but with three different types of food coloring and possibly edible glitter.

As kids, weren’t we told that food coloring is bad for us? How many parents ripped Fruit by the Foot out of our chubby hands based on this purported science? Why are we suddenly putting cancerous levels of dye in our foods just so we can call it “Unicorn” or “Mermaid,” like our entire lives have just turned into a five-year-old’s themed birthday party? The answer is eye candy. Vanilla cupcakes aren’t as fun to look at as cupcakes that look like they went to Pride “for the aesthetic.” Tasty knows your lazy ass is never going to try “Mermaid Chicken Piccata,” but they know damn well you’re going to click on it.

Presentation has always been an important part of food culture, but the rise of social media has exacerbated this phenomenon not only in the lowest common denominator à la Buzzfeed, but in the professional spheres as well. Consider the mirror glaze: for those who don’t know, mirror glazing is a technique of frosting cake with a gelatinous, syrupy mixture to produce a perfectly smooth, glossy finish. It’s usually taken a backseat to the more accessible buttercream or fondant, but less so in recent years, with platforms like Instagram popularizing mirror glazing as a mesmerizing experience for both the eyes and salivary glands. I’ve eaten a cake with mirror glaze maybe once in my life, but I’ve certainly seen them all over the Internet.

An extreme example of food’s style-over-substance trajectory would be Darren Wong’s “Raindrop Cake,” a flavorless mix of agar and water shaped to look like, well, a giant raindrop. When the cake became available in America, Brooklyn residents swarmed Smorgasburg to shell out $8 on what is essentially water, all for the photo opportunity. Phenomena like charcoal ice cream have followed similar paths—the key to a man’s stomach is through his eyes.

Previously, food-related media has relied on practical ingenuity (remember those aspics from the 50s, or soup can casseroles?), or more recently, personality to keep viewers interested longer than the time it takes them to order a pizza from Domino’s. Guy Fieri, in all his flavor-blasted glory, creates a sort of morbid curiosity that pins you to “Diners, Drive-Ins, and Dives” reruns at 2pm on a Thursday. Ina Garten, a.k.a. The Barefoot Contessa, transports you to a world where everyone is a gay florist who lives in the Hamptons, and we only have to see our husbands once a week (with roast chicken waiting). These chefs don’t have to inject melted cheese and glitter into their cuisines (although Guy Fieri often will anyway), so they can focus on making food that tastes even better than it looks. The disembodied hands directing Tasty’s culinary operation don’t have half the charm of Mario Batali’s signature Crocs. Tasty is food without personality, without context. Devoid of a meaningful storyline or substance, it’s little more than just food porn.

Brooke Kushwaha can be reached at bkushwaha@wesleyan.edu