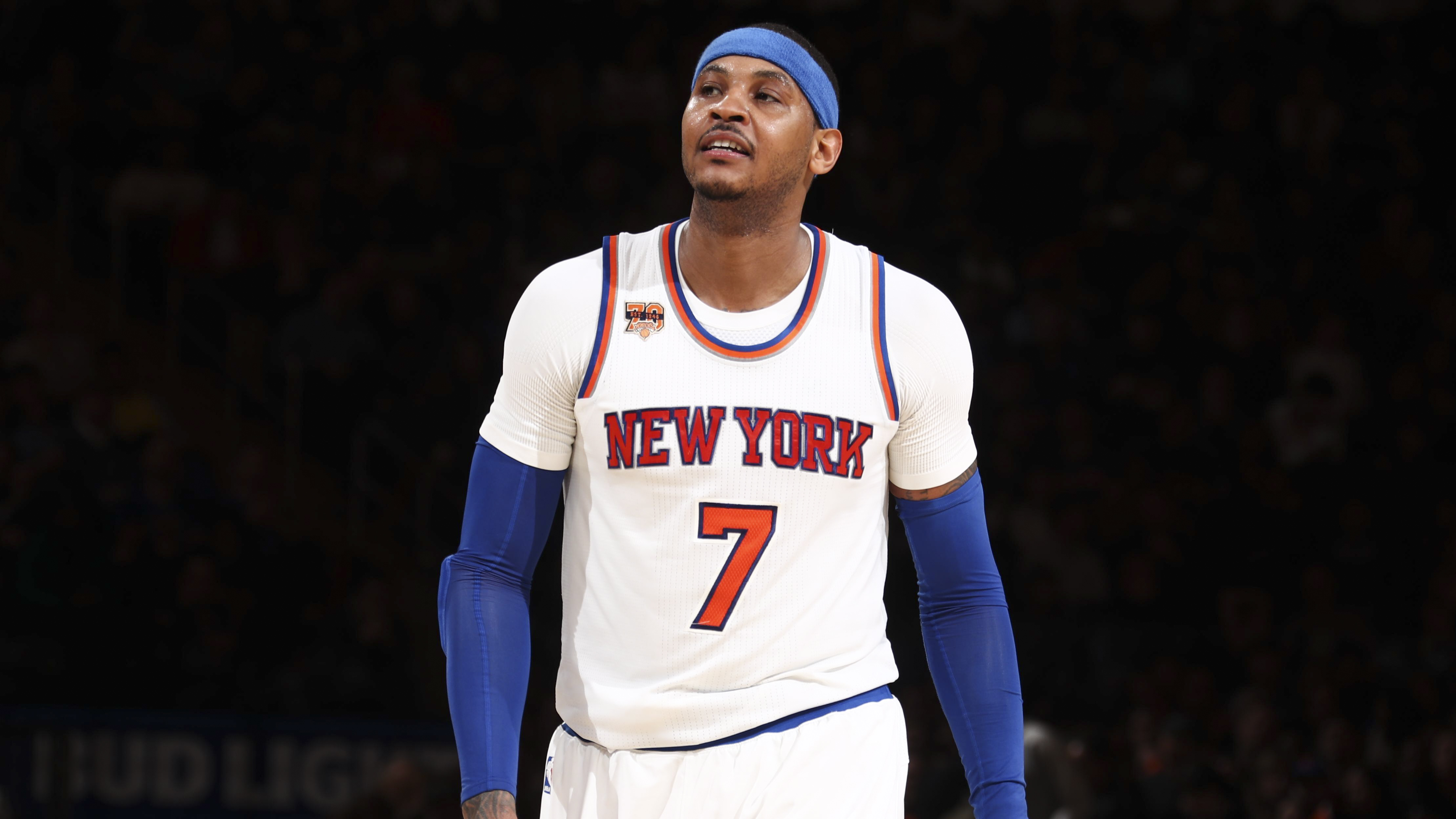 Carmelo Anthony’s name had been in the midst of trade talks for the better part of the last calendar year. It seemed like he was headed for Cleveland to play alongside his buddy LeBron, then Houston to team up with Chris Paul and James Harden, until ultimately Saturday afternoon, when he was dealt to the Oklahoma City Thunder in exchange for Enes Kanter, Doug McDermott, and a future second-round pick. Here are six thoughts pertaining to this blockbuster deal.

2. I am interested in seeing how the trio of Russell Westbrook, Paul George, and Carmelo Anthony mesh on the offensive end. The Thunder now have three players who are accustomed to being the alpha but are now going to have to sacrifice time with the ball for the team’s greater good. In Denver and then New York, the offense was based around Melo; the same went for Paul George in Indiana. And Russell Westbrook is coming off of an MVP season in which his usage rate was the highest of any player in league history. It will be fascinating to see how these three ball-dominant scorers share the basketball.

3. The Knicks got 30 cents on the dollar. If they were going to deal Melo, they should have done so a year ago. Why? Because at that point, he was not entering the final year of his contract, and therefore the Knicks could have actually landed a return that wasn’t laughable. In fact, they probably could have poached Kevin Love from the Cavs. That is not hyperbole. A frontcourt with Love and Porziņģis could have been lethal, but instead the Knicks had to settle for Enes Kanter, who on defense is less talented than a trash can, and Doug McDermott, who has yet to prove that he is even a legitimate NBA player.

4. With that said, the Porziņģis era has officially started in The Big Apple. The Unicorn, as he has become affectionately known in New York, is now the undisputed face of the franchise. At just 22-years old, Kristaps has just simply scratched the surface of the player that he can become. Now with Carmelo out of the fold, I expect the 7’3″ Latvian to catapult his game to another level. I foresee the Knicks’ young superstar elevating his game in a similar manner to the Bucks’ Giánnis Antetokoúnmpo. The Greek Freak went from fringe All-Star to consensus top-ten player in the league. Porziņģis can do the same. He’s that good.

5. How bad has the East gotten? Just this offseason, Paul George, Jimmy Butler, Jeff Teague, Paul Millsap, and now Carmelo Anthony, a remarkable list of names, have all made the trek out West. You could make the case that of the top twenty players in the NBA, only 5-6 (LeBron James, John Wall, Kyrie Irving, Gordon Hayward, Antetokoúnmpo, and maybe Kyle Lowry) play in the Eastern Conference. I know that not all of these moves were of the players’ choosing, but I think that the conference imbalance really speaks to LeBron’s greatness. Players know they simply cannot beat him; he’s made the Finals seven straight seasons, so rather than continually run into the brick wall that LeBron’s teams have become in the East, they just head westward.

6. So how good is OKC now? Only time will tell, and a lot of it will depend on what I touched on in my second point—the Thunder’s offensive cohesion—but it also doesn’t hurt that the Thunder now have two premier perimeter defenders in André Roberson and Paul George. Matching up with the Warriors will never be easy, but it is certainly easier when you have two guys who can rotate guarding Klay Thompson, Kevin Durant, and Steph Curry, and feel comfortable in doing so.

As of now, I think that the Warriors are still the clear favorites in the Western Conference (and the league), but between the Rockets, the Spurs, and now the Thunder, Golden State’s path to a fourth consecutive NBA Finals just got substantially more strenuous. I know this for certain: The Rockets and Thunder will be able to score with the Warriors; it will just be a matter of if they can stop them.