Field Hockey Wins Out of Conference, Faces Defeat in the ’CAC 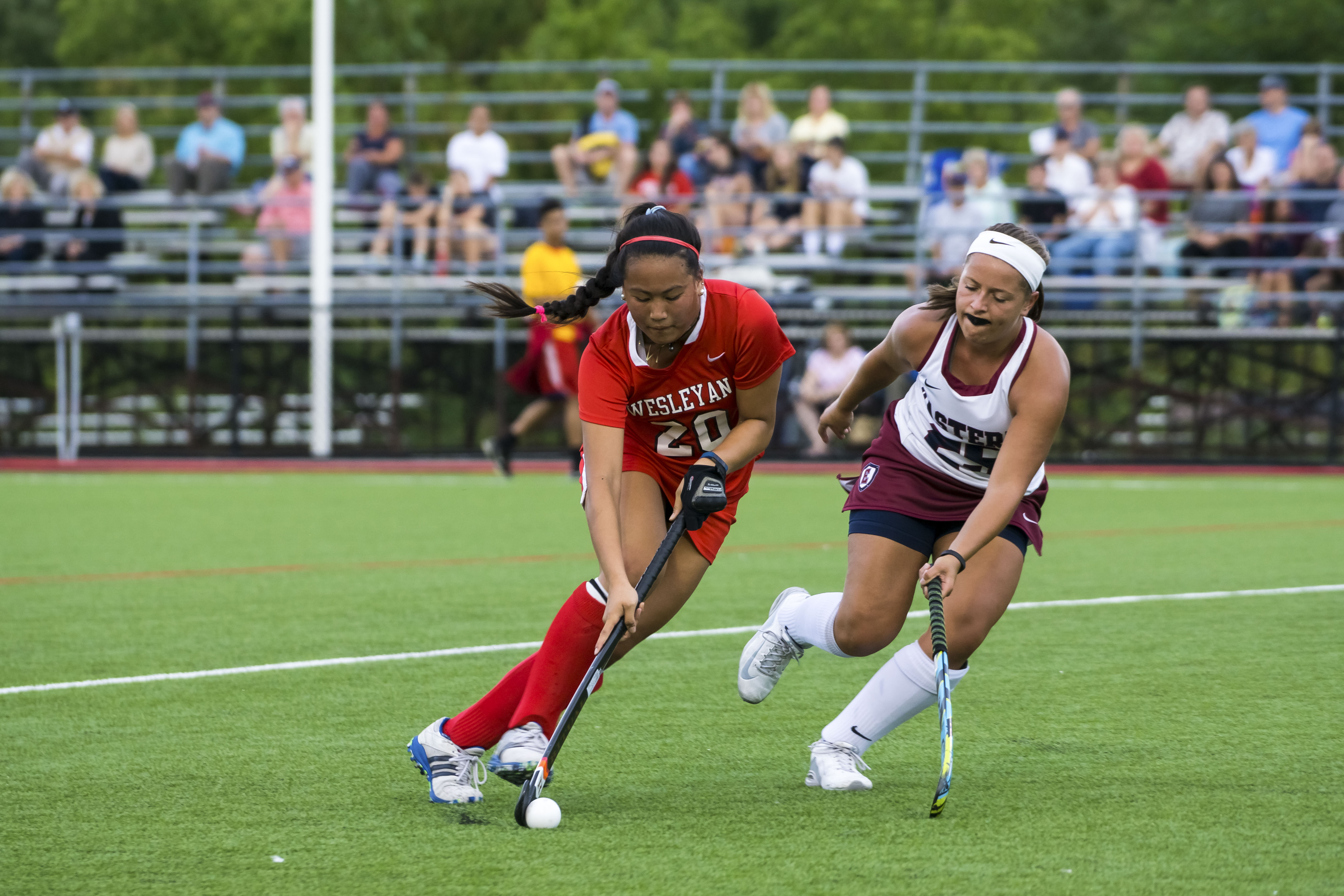 On Wednesday, Sept. 13, the Cardinals faced off against Eastern Connecticut State University in a low-scoring but ultimately victorious game. Nikki Gerjarusak ’21 took control of the ball early in the first half and sent it straight past goalkeeper Maddie LaRusso just over seven minutes in.

Gerjarusak has made a name for herself almost as quickly as she scored on Wednesday. Although she’s been on campus for less than a month, she’s scored in all three of her collegiate games. She even beats out the upperclassmen on the team for most points with a total of six points and three goals.

Despite Gerjarusak’s newbie glory, returning players Erica Horowitz ’20, Cici Frattasio ’18, and Ali Friend ’19 demonstrated their experience as they showed off their shooting skills. Along with Gerjarusak, Horowitz was able to take two shots on goal. Later in the game, with just 10 minutes to go, Frattasio and Friend did their best to increase the Cards’ lead after a penalty corner. However, their opponents’ defense lived up to the status of their mascot, Willi the Warrior. Friend shot at the net and was blocked by an Eastern Connecticut defender, while Frattasio came in to score on the rebound yet was thwarted by the Warrior’s goalkeeper before she could add to the Dirty Birds’ score.

Although the offensive attacks did not come to fruition, the Cardinals’ defense remained strong, even when Eastern Connecticut tried to close the goal gap in the last few minutes. As the whistle blew, the team claimed their first home win with a final score of 1-0.

Unfortunately, three days later, Wesleyan’s competitive fate turned for the worse. On Saturday, Sept. 16, the team traveled for a conference faceoff against Bowdoin. The Polar Bears wasted no time freezing out the Cardinals’ offensive attacks and instead took the field to score five goals in the first half alone.

With only two minutes behind them on the field, Bowdoin junior Elizabeth Bennewitz claimed the team’s first goal, slipping past Wesleyan’s Delaney Wood ’20 after a rebound from a penalty corner from Polar Bear sophomore Elle Brine. It went downhill for the Cardinals from there, when only three minutes later they gave up another goal on yet another penalty corner.

The rest of the first half was filled with cleverly executed teamwork from the Polar Bears, who racked up more goals at the 14th- and 22nd-minute mark before taking a 5-0 lead with just 27 seconds left before the break.

Just like the empire, Wesleyan attempted to strike back with an offensive push led by none other than the first-year standout Gerjarusak, who sent a shot slightly wide of the net just before Bowdoin’s fourth goal. Friend and Frattasio attempted to follow her lead and put some pressure on the Polar Bear defense during back-to-back penalty corners. As in the matchup against Eastern Connecticut, Frattasio’s attempt at a rebound ended in defeat. Her deflection went just over the net, keeping the Cardinals without a goal for themselves.

Frattasio, Friend, and Gerjarusak put their heads together with senior captain Tess Iannarone to continue maintaining a unified front throughout the rest of the game. While their efforts aren’t evident in the final score, they initiated a few strong breakaways and were able to open up the field in their attacking zone.

On the defensive side, after a rough first half, Wesleyan goalkeeper Wood allowed only one goal past her during the 61st minute. Even though Bowdoin outshot Wesleyan 27-1 and 20-0 in shots and shots on goal, Wood ended the game with a career-high of 14 saves. Particularly impressive was her kick saves during the 23rd and 31st minute of shots by Bowdoin players Juliana Fiore and sophomore Elizabeth Growney, respectively.

The face-off ended in a 6-0 Polar Bear win, the Dirty Birds’ first game and a loss against a NESCAC school this season. Currently holding a 3-1 in-conference record, Bowdoin is third of eleven teams in the league.

After a non-conference game at Mount Holyoke on Wednesday, Sept. 20, the team will return home to take on Bates, ranked eighth in the league. The conference matchup on Saturday, Sept. 23 will hopefully prove fruitful for the Dirty Birds and get them out of their last place slot in the NESCAC.