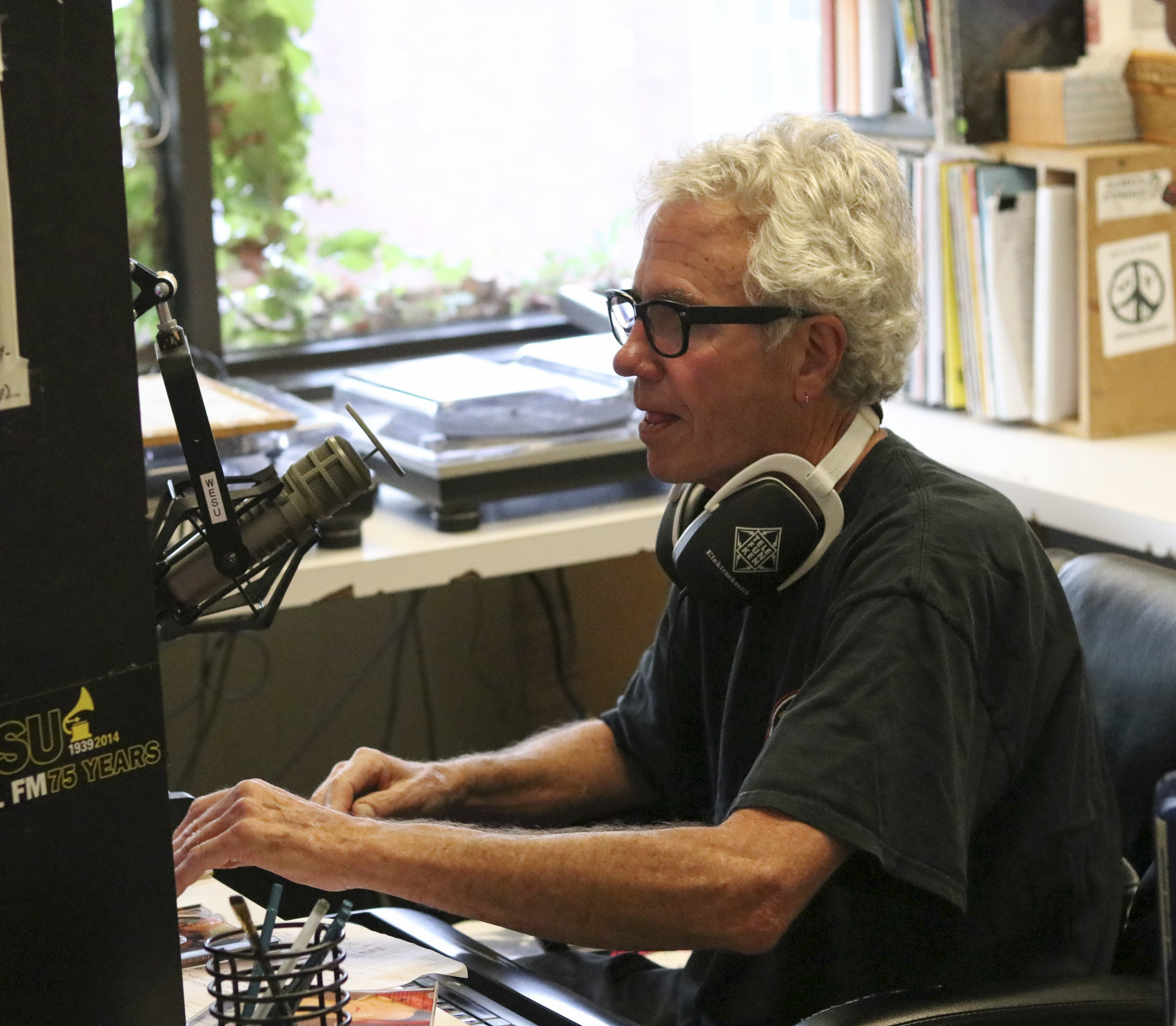 For an out-of-towner, Rob DeRosa—the easy-going, frosty-haired worker from behind the Red & Black Cafe counter—might just seem like another fixture of a small-city coffee shop in Connecticut. But the award-winning WESU DJ, label-owner, and concert promoter is far from just that. While DeRosa has managed the Cafe for nearly 15 years, he’s also been an aficionado, supporter, and somewhat of a celebrity in the local music scene dating back to the 1970s.

Growing up in Meriden, Conn., among several other towns in the River Valley region, DeRosa has rarely strayed far from his roots. He attended Northwestern Connecticut Community College and Central Connecticut State University for short stints.

“I was thrilled because my number was 36; had I not gone to college, I would have gone to Vietnam,” DeRosa said. He went on to explain his later decision to drop out of school and spend some time traveling in Europe. “I did my education on the road.”

His music education started even earlier. Though he did not have the necessary temperament to properly craft his own brand of musicianship, he quickly discovered an interest in the management and support of others’ work.

“When I was young I had my parents buy me a guitar,” DeRosa said. “But I wanted to pick it up and wang on it right away. I wasn’t disciplined enough to practice. My part of it is the promotional aspect.”

Since a number of his childhood friends had formed or joined bands, he started collecting music at a young age. He hasn’t stopped since. Over time, that archive, to put it mildly, has ballooned.

“I have about a 3,000 piece collection of Connecticut music at home and another thousand or so up at the [WESU] station,” DeRosa said. “Someday it’ll be an archive for someone that goes from the 60s to the present time. A lot of different kinds of music in there. Vinyl, and CDs, and 45s.”

After college, DeRosa settled down in Meriden with his wife, who works at Middlesex Hospital, his son (now 33), and his daughter (28). The multi-faceted manager’s work and family obligations didn’t stop him from staying heavily involved with the Connecticut music scene.

“As time went by, I was buying more and more Connecticut music and putting on shows,” DeRosa said.

He recently retired from his post as coordinator of music at the Meriden Daffodil Festival, a position he held for over 20 years. The festival is attended annually by over 50,000 spectators, which gave DeRosa a great chance to spotlight bands that impress him.

“I had a lot of Wesleyan acts there too,” said DeRosa. “MGMT’s first festival was there. Bear Hands played there. Bottle Up & Go. Henry Hall played. Almost every year for about ten years straight I had a Wesleyan band play.” 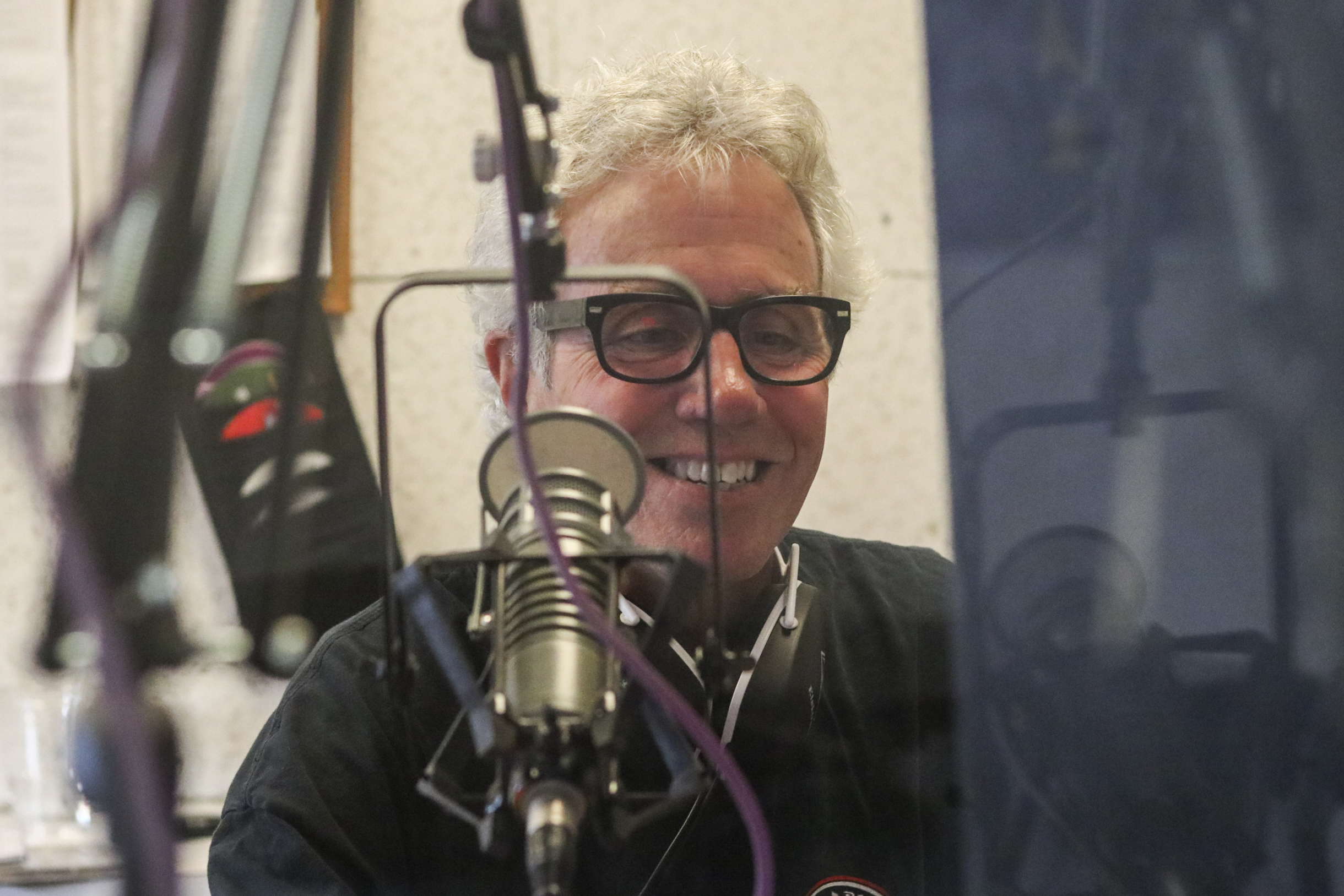 Of course, among the Wesleyan community, DeRosa may be most famous for his longstanding WESU radio show, “Homegrown.” The program has aired continuously since the spring of 2003 and highlights the local Connecticut music scene, of which he has an almost encyclopedic knowledge.

“He just knocked on the door at WESU and made a pitch for a local music show,” WESU General Manager Ben Michael recalled in an email to The Argus. “Since becoming a WESU DJ, Rob has provided a steady flow of CT homegrown music to listeners for nearly 15 years.  I admire his dedication to providing a platform for area artists. For the most part, commercial radio in CT abandoned local independent acts from their formats many years ago. Rob’s show, ‘Homegrown,’ is directly in line with WESU’s mission to amplify voices and music that are marginalized by mainstream media…. Over the course of nearly 15 years, I guess you could say that we’ve gotten to know each other pretty well.”

DeRosa recalls the origins of “Homegrown” just as happily.

“In the ’70s, there was a radio station in Connecticut that put out a one-time LP called ‘Homegrown,’ and so I just stole it,” DeRosa laughed. “That’s what rock and roll is.”

His enthusiasm for the show is apparent, and “Homegrown” has been equally well received. The program has been a hit with locals, and though DeRosa wishes that more Wesleyan students would tune in, this is certainly not an issue that is unique to his show at WESU.

“Homegrown” has also garnered recognition from outside of the Middletown community. In 2016, DeRosa won Hartford Magazine’s “Best Radio Personality,” beating some notable names in radio.

“I beat Colin McEnroe [from Connecticut Public Radio and the Hartford Courant],” said DeRosa. “I would have voted for him if I even saw the contest. He’s great.”

Though he is finished with the Daffodil Festival, he is primed to continue improving the Connecticut music scene for years to come via “Homegrown” and his small record label ThinManMusic. Try and keep up with DeRosa by tuning into “Homegrown” at 5:15 p.m. every Thursday on WESU Middletown 88.1 FM, or by stopping into the Red and Black Café.

Emmet Teran can be reached at eteran@wesleyan.edu or on Twitter at @ETerannosaurus.