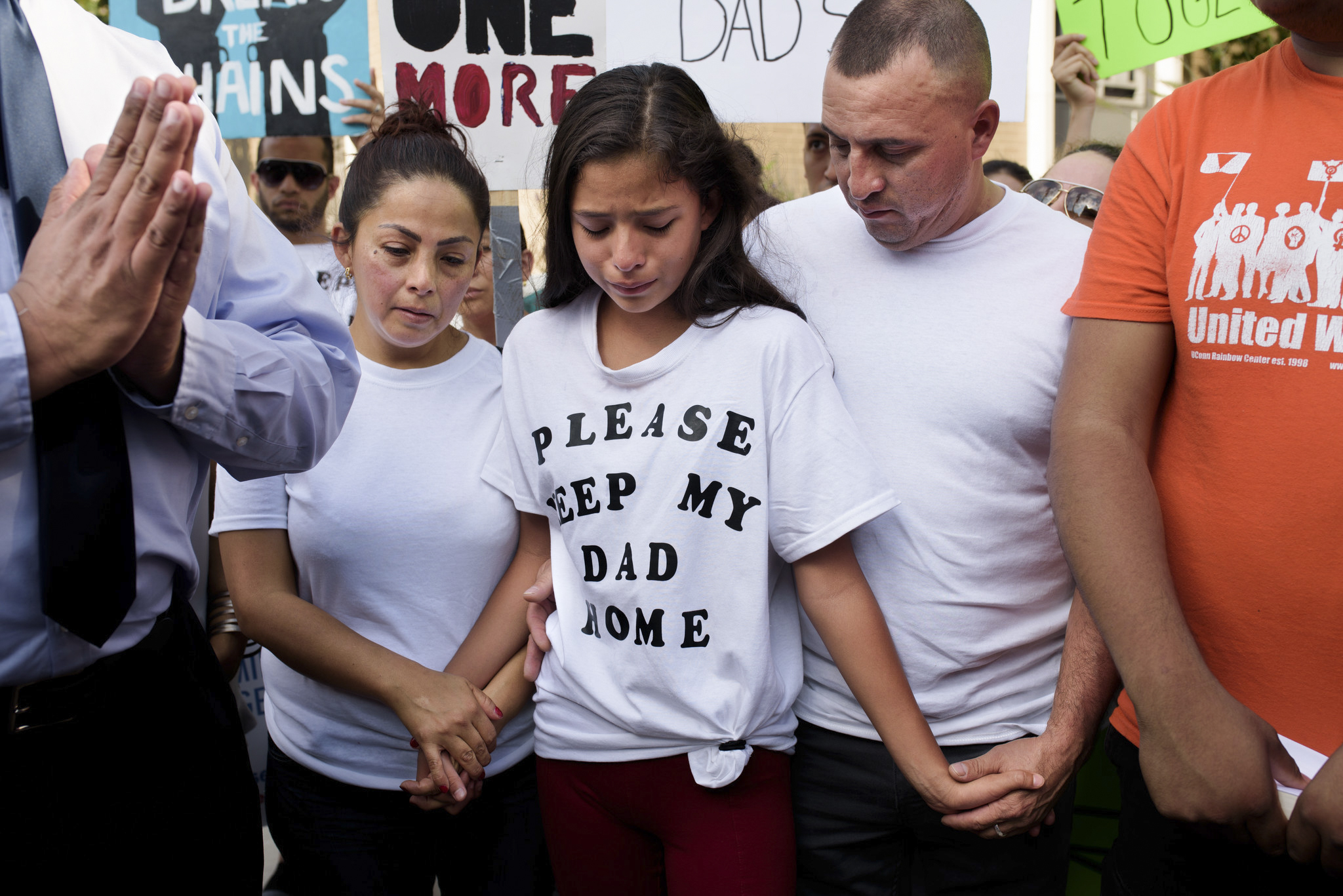 University students are working to raise money for Marco Reyes, a Connecticut resident of over two decades, who recently received a deportation notice and is currently seeking asylum in a church in New Haven.

Reyes has been fighting on and off for the past decade for his right to stay in New Haven with his wife and children, after being detained by Immigration and Customs Enforcement (ICE) in 2007. While Reyes was given a deportation order and requested to leave the country in early August of this year, he has remained in New Haven and has been taking shelter at the First and Summerfield Church. Wesleyan and Yale students, in addition to members of the Lower Connecticut River Valley communities, have taken up Reyes’ cause and are fighting for him to remain in the United States.

According to a Facebook donation page, despite apprehension by ICE in 2007, Reyes had been continually awarded Stays of Removal. However, his request for a stay in June was denied and each subsequent attempt has been denied.

“He has…been under ICE supervision, wearing an ankle bracelet that monitors his every movement,” the Facebook page reads. “Marco has worked hard to support his family, help establish his children’s futures, and build a peaceful life in the United States. Neither he nor any of our community members deserve such inhumane treatment.”

Reyes, who is the main provider for his family, has been unable to work for the duration of his time in the church, so the campaign seeks both to raise awareness for Reyes’ situation and provide monetary support for his family. Currently, an account at the fundraising site YouCaring is set up so people can donate to Reyes’ cause. The account currently has nearly $2,000 toward the goal of $10,000.

Wesleyan student action has been mostly organized by Emma Llano ’19. Llano, a member of the Wesleyan Democratic Socialists (Wes DS) and United Student/Labor Action Coalition (USLAC), noted that while no particular student organization is involved with the efforts to help Reyes, students from a variety of campus groups have reached out to her.

“A lot of people that are in Democratic Socialists have been involved in this…” Llano explained. “The Latinx student organization, USLAC, Wes DS, and different people from those groups have signed up, so it’s not really group specific. It’s kind of whoever has the time and wants to give their energy to this project can.”

Llano’s activism efforts center primarily around fundraising and she, along with others, have been tabling at the Usdan University Center since Sept. 7, asking students to Venmo money to Llano’s private account, which she then donates to Reyes’ YouCaring account. Llano and others have raised collectively over $700 for Reyes’ campaign at the time of publication.

“Fundraising is going really well on campus; I think it’s really easy to do it in Usdan, and through Venmo, because people can just pull up their phones and donate,” Llano explained. “And I think there’s just lots of people with a lot of economic privilege at Wesleyan, and a lot of them don’t often seek out opportunities to use their economic privilege for good, but now we have a table there that’s like: This is how you can directly help somebody who is an immigrant.”

Llano notes that her involvement with immigrant rights activism stems from her own identity and experiences with immigration.

“I am an immigrant from Peru, and I was undocumented for about ten years, so immigrant rights activism has just constantly been a part of my life since I was seven, and last year, the Democratic Socialists—and I was the Co-Chair—we did a fundraiser for Unidad Latina [en Accíon] New Haven,” Llano said. “We raised money for them, and we actually got connected, because we were just looking for different organizations to fundraise with, and they’re just a very cool grassroots local organization in Connecticut led by immigrants…. And that’s how I found out about Marco Reyes.”

In addition to fundraising on sites like GoFundMe and YouCaring, multiple petitions have been shared by local and state-wide Connecticut groups alike. Likewise, there have been a variety of rallies in support of Reyes, one of which occurred on Sept. 5 in New Haven. The rally was primarily made up of Yale University students and New Haven residents, and was organized by the New Haven immigrant rights group Unidad Latina en Acción, as aforementioned by Llano. Unidad Latina has been involved with a number of immigrant rights campaigns, including one for Luis Barrios, which occurred last spring, and successfully culminated in a grant of a two-year stay for Barrios.

Local politicians have also gotten involved in Reyes’ campaign. According to NBC Connecticut, State Senator Richard Blumenthal noted the injustice of the decision to deport Reyes in a recent statement.

“I am outraged and heartbroken by the arbitrary and callous decision to deport Marco Reyes,” Blumenthal’s statement reads. “His plight today is a symptom of Trump’s cruel and inhumane immigration policies that lack all sense of reason and rationality. Marco is a hardworking father and husband who has called Connecticut home for two decades without any criminal wrongdoing. He faces serious threats to his life should he be deported. I will continue to explore all opportunities to assist Marco and his family. I remain committed to comprehensive immigration reform to provide lasting and significant change to this badly broken system.”

In addition, Connecticut Congresswoman Rosa DeLauro sent out a statement on Aug. 8 about Reyes’ situation.

“The Trump administration has lost sight of what makes America great: the opportunity to work hard, play by the rules, and provide for your family,” DeLauro said in her statement. “The stories of Marco Reyes, Nury Chavvaria, Luis Barrios and so many others are the reason why Congress needs to take up comprehensive immigration reform that includes a path to legal citizenship. Our nation’s immigration enforcement agents should be focused on deporting dangerous criminals, not breaking up families.”

Reyes, at the moment, is in a position of limbo. The Wesleyan Facebook page in support of Reyes sums up his decision to reside in the First and Summerfield church, rather than leave for Ecuador.

“Marco was set to board a one way trip to Ecuador this morning,” the page reads. “Instead of leaving behind his family—his wife and his three children, including a 12-year-old American citizen—Marco walked into the First and Summerfield United Methodist Church surrounded by family, religious leaders and community members who have committed to support him and his family in this courageous act.”

According to an article in the New Haven Independent, Reyes and his family are taking it day by day. A bed in the church is set up for Reyes, and parishioners are buying food for Reyes on a week-by-week basis.

“We came to this country with a lot of dreams,” Reyes said in Spanish as his son-in-law translated, as noted by the New Haven Independent. “It’s very difficult for us to be going through what we’re going through. Yet here I am, here is my family, here is my community, and here are all of us, people who believe in a better world.”