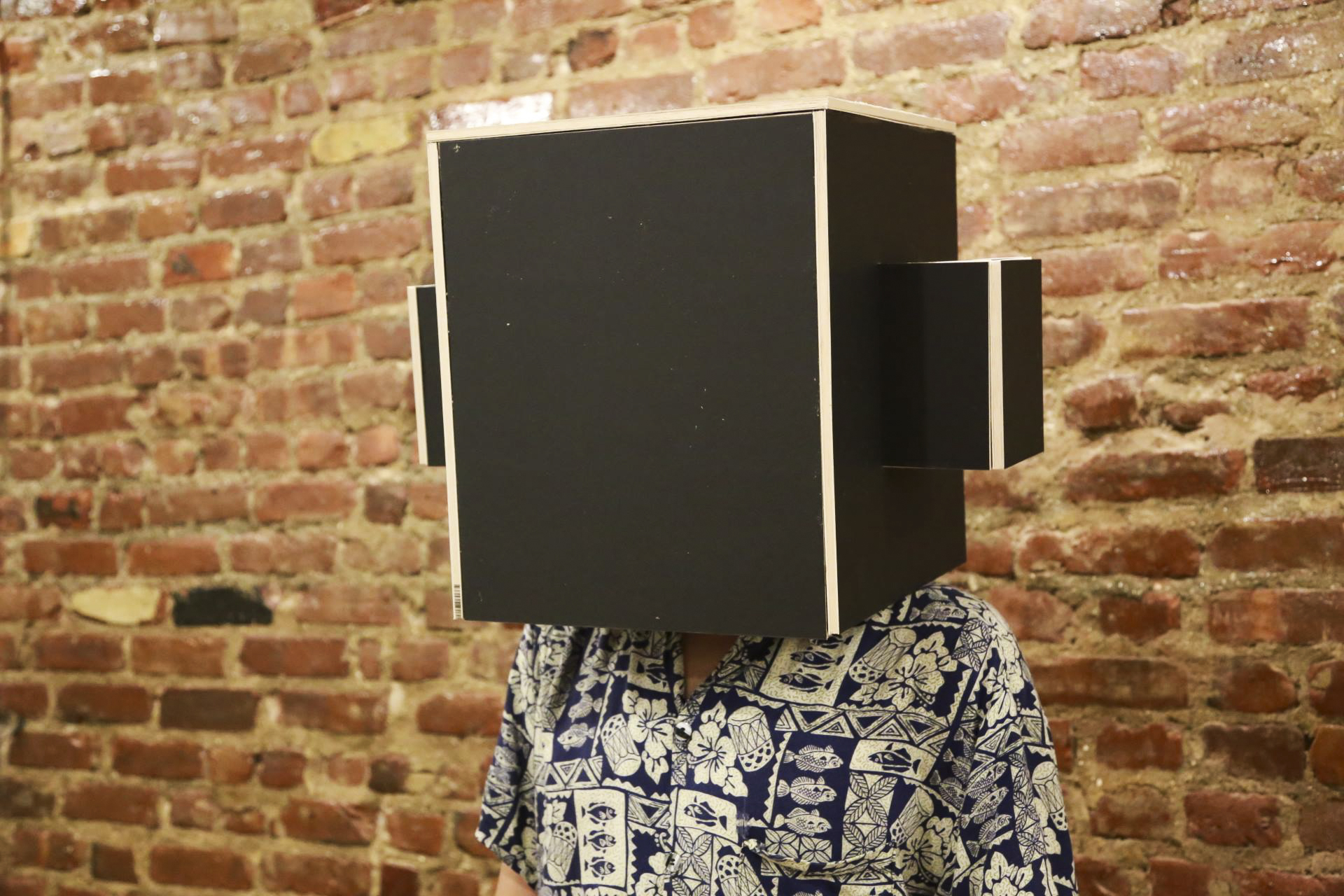 When students headed to the MASH this past Saturday, they didn’t just get the opportunity to experience the on-campus music scene but also heard the most recent sound installation of Anthony Dean ’17. Dean graduated last spring but spent much of his summer in Middletown recording environmental audio for his project: a site-based installation featuring the R.J. Julia bookstore, the Middletown Community Health Center, and two on-campus areas (the Exley patio and Huss courtyard).

As Dean explained, his project focused more on sound art, which is seen as the museum equivalent to traditional music performance. Although some stage music could be interpreted as sound art, such as some noise genres, sound art is generally a different approach. Dean chose to focus on site-based sound art with his installation, drawing upon the works of Miwon Kwon.

The CFA first approached Dean to contribute to the MASH by reinstating his thesis installation, “Resistentialism,” a project on hold music. The installation went up in Russell House and featured old-fashioned rotary telephones with 30-minute loops of hold music and polite automated messaging. Although Dean has plans to reprise the work, he wanted to make something new for the MASH, which would be more rooted in campus life. Rather than telephones, Dean placed helmets around his four locations, which participants could wear for an immersive experience. Along with the main sound aspect, Dean collaborated with Gabriel Drozdov ’19, who contributed graphic design work for the piece.

“[The helmets will] play the sonic content designed to reflect the space that they’re in, but the bookstore only has a box that you put over your head, because I have no personal connection to that space,” Dean said.

All project sites feature audio from the locations themselves, as well as music composed by Dean that outlines his own personal experiences with the location. Because the bookstore did not open until Dean had already graduated, much of the sound for that location incorporated memories of Main St. and the Broad St. Bookstore. Since Dean recorded in late summer, the audio captures a side of Middletown few students get to experience during the school year.

“I don’t have any connection to the Health Center, but because it’s in connection to the CFA, they offered that location to me when I originally asked for the gazebo on Main St.,” Dean said. “I incorporated a lot of sounds from the river on Main St. because you can see the river from the roof. In fact, in my First Year Seminar, I wrote a paper about that river, so I’m drawing on my experience there as well.”

Both the sounds of the MASH and Dean’s background in the University’s music department directly inspired his decisions involving the project.

“I thought about certain moments during Zonker Harris or the MASH, and I was fascinated by the way sound bounces off buildings during those types of concerts,” Dean said. “I wanted my piece to have a connection to that. People will be wearing my installation throughout the day, and hearing it in conjunction with the concerts all over campus. I was partly inspired by Oscar Schlemmer, who wrote a lot about relations between space and the body. One thing I learned at Wes is that I always have to have research behind the art that I do.”

Although Dean will be working on campus as the theater department’s sound designer, he described his return to the University over the summer as similar to being home alone.

“I got in this morning, and I’ve been trying to avoid people as much as possible,” Dean said the Thursday before the MASH, as he returned to set up. “I hate chit-chat usually, although it can be fun sometimes. Overall it’s weird but nice being back. It’s comfortable, but I do feel slightly out of place.”

While Dean was on campus he sat in on an experimental music class, which he himself had taken years earlier.

“It’s a different perspective to sit back and watch the class go without worrying about taking down every piece of information,” Dean said.

Between his extensive work in the theater department and with Second Stage, as well as his time in the 10-piece Wesleyan band “Chef,” Dean is used to collaboration. However, both his thesis and current installation involved more of a solo process, and therefore a different approach to the artistry.

“I kind of enjoy it, but when it’s just you, you have to give yourself a lot of time,” Dean said. “I can see myself doing a lot of solo work in the future, but I’m mostly glad it’s opening up the idea of sound art to a lot of people who may not be familiar with it.”