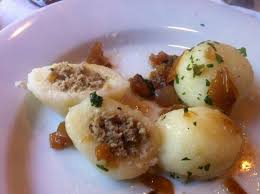 When I was six years old, my parents sat my two sisters and me down at the kitchen table and told us we were moving to Sweden for a year. “Why?” I asked suspiciously. Would I get to keep all my stuff? And, most importantly, what was a Sweden?

As my parents explained, my father was taking a year-long position in the Nordic country to fill in for a colleague who had recently had a child. (In Sweden, they mandate an actually decent period of paternity leave.) We were moving to a suburb of Gothenburg, the name of which I still cannot pronounce. I was going to go to an international school and I remember crying a lot.

I was not into this.

But isn’t it funny how memories can change over time? If you had asked six-year-old me living in Gothenburg suburbia what he wanted most, he probably would have responded that it was to get the hell out of Scandinavia. But now, at age 20, I only remember the good from Sweden: eating kanelbullar (cinnamon buns) during the December holiday of Santa Lucia, picking strawberries in the yard of our whitewashed bungalow, and going to the beach on summer days that would never end (it basically never got dark in June).

And then, of course, there were potato dumplings. My family ate these all the time in Sweden. We would call them by the Polish word, pierogi, and, to be honest, we usually bought them in large frozen bags. Real Swedes, however, would make these from scratch.

“Kroppkakor” is the most common term for this Swedish dish, but this name, as well as the recipe, can vary regionally. One of the things that make the dumplings “Swedish” is how potatoes are used in the dumpling dough as opposed to constituting the filling, like in many Eastern-European versions.

What you’ll need for four servings:

Peel and quarter the potatoes. Place them in a large pot with cool water. Bring to a boil and let sit for 15–20 minutes.

Once you can easily poke through the potatoes with a fork, drain the water from the pot and add the salt and egg yolk. Use a mixer or potato masher to purée the mixture. Then, let the mix cool.

Add the flour and begin to knead. Add water as you go to make sure that the dough is sticky enough to hold together when you fold it; this is to make sure you’ll be able to add the dumpling filling later. Set this product aside.

Mince the salt pork, making sure to throw out any especially tough pieces of fat. Dice half to three-fourths of the onion (adjust this depending on the size of onion) into half-inch pieces. Begin cooking pork in a medium-size pan. After one to two minutes, add the onion and allspice and cook until the pork is done. Put the pan aside if you want to fry your dumplings in the fat later.

To make the dumplings, knead the dough into a thumb-width log and flatten the sides. Cut one-inch size pieces of dough and press to make an indentation. Add the pork and onions and roll into a ball.

Now, for the actual cooking of the dumplings, you can either boil or fry them. (Note: The Feats Cooking Crew of Erin Hussey ’20, Sam Prescott ’19, and Emmet Teran ’18 had some trouble here.) If you want to go the healthier route and boil them, you simply place them in a pot of boiling water gently for five minutes. In our experience, this leads to the dumplings sadly falling apart when we tried to fish them out of the boiling water. Perhaps a good pair of tongs would have fixed this problem.

Credit to Erin Hussey ’20 who decided to try and fry the dumplings, which was what we discovered worked best (though for journalistic integrity’s sake she did almost set the kitchen on fire in doing this). Add about a tablespoon of olive oil for every two dumplings you fry. We recommend using the pan in which you cooked the pork to give the outside of the dumplings a flavor that is consistent with the inside. Just be sure to cook the raw egg in the potato dough all the way through.