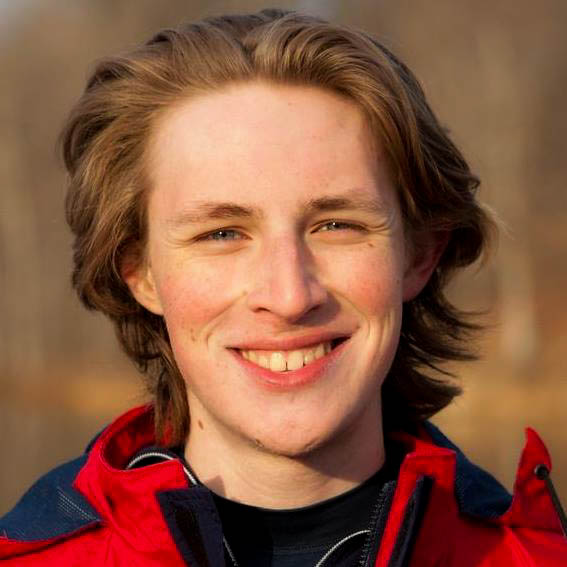 The Argus sat down with a freshman member of men’s crew, Sam Libberton ’21, to get some insight on rowing, team interactions, and pain.

The Argus: What is your position on the rowing team?

Sam Libberton: Well, it really depends. We haven’t set lineups or anything yet. We’ve had two days on the water, so every day somebody’s rowing a new seat. Both days, so far, I’ve been on starboard, which is the side I rowed most often in high school. But I’m sure there’s going to be days when I’m on port, and we’ll see how lineups shake out in a couple weeks to a couple months.

A: Is there a seat that you think you would excel at over other seats?

SL: Every year in high school I rode seventh seat, which is the seat directly behind the stroke seat, so it’s kind of the one that sets the cadence for the starboard side. For me, I guess I swung well and whoever [was in front of me] was good working to keep the pace, rather than setting the pace myself as you would if you were in stroke seat. But, you know, it’s pretty flexible; in rowing, you don’t do anything differently in each seat, so theoretically a good rower in one seat can row competently anywhere.

A: How did you get started rowing?

SL: It actually goes back a long time. The summer before freshman year [of high school], I was really not doing anything and my mom decided I was spending too much time inside, so she signed me up for a “learn to row” camp. That was pretty fun, and then I went to a high school which now is a pretty good crew—we’re not anything special—but 10 years ago it was one of the best in the nation, and I was kinda recruited based on those stories. I was like, “Wow …. this is really cool.” And so, yeah, I stuck with it for four years, didn’t expect to row in college, but things kinda fell into place with Wes, and now I’m a college varsity athlete, which is kinda wild.

SL: It’s kinda nice, as opposed to other sports, which require a great deal of thinking about what could happen next, or whatever. It’s very simple, relying on repetition of strokes. Some people really hate it, and sometimes on long rows, on a bad day, I hate it myself, but it’s also very nice to have that rhythm going on, and it’s a nice way to just kind of think about nothing else except what’s going on in the boat. That’s kind of like a cliché if you talk to any other rowing team members, but that’s honestly really nice, just to be able to get down to that eighter, or whatever that boat is, and knock out a couple thousand meters.

A: So it’s just like a way of restricting your circle of concern?

SL: In a way, yeah. And of course, there are other things I love. The competitions are incredibly fun. I love going to regattas and I’ve always had [good teammates in high school]. The team here seems like [some] pretty cool dudes. So I guess it’s a bunch of reasons, but that is definitely a chief one. That’s just a way of limiting what you’re paying attention to, focusing directly on one thing, and also proving what your body can do, which is something that most sports don’t really do, except for running and swimming and weightlifting … it’s something that’s a really direct test of your body, which itself is also kinda cool.

A: Rowing at the college level means you clearly have some degree of competence on the water. Was there a certain part of your training as a rower in high school that raised your level compared to other people, or something that you did that made you a better rower?

SL: For me, it was the willingness to put in extra meters outside of practice, which is something that I think every athlete in college is doing, to a level, something that at least at my high school’s level, not really too many people were doing, and so that was just doing as little as an extra hour of steady-state a week, or something like that, or an extra weight-lifting session. I’m not crazy fast, not really fast for a high school level, but it was enough. It was enough to make me a good enough rower to get started at the college level and then provide a base to step up into for the coming four years.

A: How easy was it to adapt to Wesleyan’s crew culture?

SL: It’s early days because I’ve only been here for like a week, but it’s been really cool. The freshmen guys and I have been talking all summer but didn’t really meet until day one, so they’re all cool guys, and good to hang out with. Especially during orientation, [they were] a good friend group to have, just people you know to go around with. Now that we’ve been having real practices, and that the returning rowers are on campus too, you can kinda see more of the team culture. From what I’ve seen, everything is really positive.

A: Do you feel, as an athlete, that you’re a part of a different culture than other students here at Wesleyan?

SL: I’m not really sure if that’s the case, just because we spend two or three hours at day at the boathouse, but, you know, we spend another three or four hours a day in classes, and then there’s time spent back [in the dorms], hanging out around Middletown, when we’re interacting with much more than just the team. To an extent, you can see [that divide] at other colleges, with maybe a bigger time commitment, a more intense DI level, where it’s basically impossible to associate with somebody outside your team, but even with rowing, even with class, even with whatever, there’s still plenty of time to do stuff, to go out with not just the team, to grab lunch. I haven’t yet felt that it’s super insular, which is definitely a positive thing.

A: What is the most painful part of rowing?

SL: That’s kind of a big question. There’s a lot of different ways that rowing makes you feel pain. Like doing a 2k, that’s kind of our base test, because that’s the distance you race in the spring. A 2000-meter sprint, it’s pretty tough, it really pushes you to your absolute limit, aerobically, anaerobically, and mentally too; it’s really tough to get through. But then you can also feel a lot of pain if you do a nice 30k row at a pretty steady pace up and down the Connecticut River, because that’s a lot of meters you’re getting in, and even though you’re not pushing yourself to the limit on every stroke, they add up a lot, and you come back on land, and it’s gonna be a tough rest of the day. Plus some people, like me in high school, have back injuries or stuff like that because of the mechanics of the stroke. Ideally not really something that’s happening…. I would say a 2k is the most painful.

A: How emotionally exhausting is rowing crew?

SL: It can be pretty emotionally exhausting, especially because at the top level, the margins are incredibly small, and so if you’re not coming out on top, you’re wondering, “What could I have done? Pulled just the slightest bit harder on just one stroke.” And those things just keep adding up. “What could I have done to improve my boat’s position in the finishing order?” So there’s that, plus it’s just the mental aspect that getting through 2000 meters all out is a very strenuous task, and your body, every stroke, is telling you to quit, and so just kind of mentally focusing on just ignoring that is itself an exhausting task.

A: In what ways does a good coxswain motivate you when you’re in the boat?

SL: Coxswains are much maligned because they’re just small people who yell at us, but having a good coxswain can really make the difference. Motivation is one big thing, but also, and this is especially true in practices, a coxswain is like a second coach. They can point out technical errors with the stroke. They can see how you’re matching up with other people in your boat … maybe how your catches are slightly off, something like that, so they can kinda be a second technical coach, which is a huge boon. As for motivation, it’s really all up to having a coxswain you can trust and knowing that the coxswain themselves is in it just as much as you are. Even if they’re not pushing their bodies to the limit, they’re working hard to make the boat go faster to the extent that they can. So if you have a coxswain that’s lying to you and telling you, “Okay guys, only 20 strokes left,” when you’re at the 500-meter mark, which is 60 strokes left, the breakdown in trust happens pretty quickly. But if it’s [someone] who you know has your back on and off the water, and they know what to say to get you going, how to kick you into gear, how to shift that gear up, and finish the race, it can be a real difference in a race.