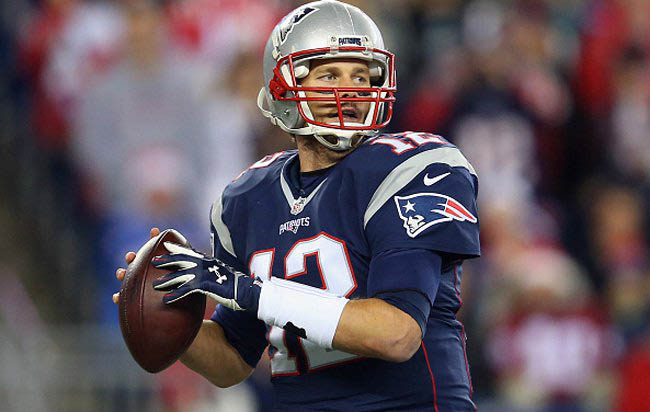 It’s football season, people! The NFL season kicks off Thursday night when the Kansas City Chiefs make the unenviable trek up to Foxboro, where they will square off with the defending Super Bowl Champions, the New England Patriots. With the season just two days away, let me offer up some predictions on both players and teams that will surprise and disappoint, while also dissecting both conferences before ultimately picking the Super Bowl LII victor.

This shouldn’t come as a surprise to die-hard NFL fans, but seeing the Texans’ success this season might cause a double-take for casual observers. Houston has had a solid roster for quite a few years now, but just haven’t gotten it done come crunch-time. I expect that to change this year with J.J. Watt healthy and Jadeveon Clowney establishing himself as a premier pass rusher. This duo poses a plethora of issues for opposing offenses, and the Texans’ offense has a bevy of weapons in DeAndre Hopkins, Lamar Miller, Braxton Miller, and Will Fuller, among others.

The Florida State product saw himself slip in April’s draft, mainly due to off-field red flags. If he can stay on the straight and narrow, expect the rookie tailback to thrive in the Vikings’ offense. With Adrian Peterson now in New Orleans, Cook’s touches will be plentiful. His unique ability to change speeds and to cut laterally should allow him to excel in the NFL. Don’t be shocked if Dalvin Cook has a rookie season similar to that of Ezekiel Elliott’s last year in Dallas.

There are a lot of moving pieces in Kansas City. The Chiefs mortgaged their future to move up in the draft and select Texas Tech quarterback Pat Mahomes. Then, after the draft, they fired their general manager, John Dorsey. To top it all off, they inexplicably cut ties with star wide receiver Jeremy Maclin, who went on to sign with the Baltimore Ravens. This was all after making the playoffs a season ago. Expectations are still high in Kansas City, but I cannot see a scenario in which they live up to them. Alex Smith is a lame-duck quarterback, their receiving corps is lacking, and they open the season in New England. If they get blasted in Week 1, as I believe that they will, expect the wheels to come off in a way similar to what happened with the Arizona Cardinals last season.

Player Who Will Disappoint: Dak Prescott, Quarterback for Dallas Cowboys

This is all relative to expectations, and the expectations placed upon the shoulders of Prescott for this season are immense. Having come into the league last year as a fourth-round pick and having lit the league on fire, many have already placed Prescott among the elites of the NFL. While he certainly had a great rookie season, everyone needs to take a step back. He was a fourth-round pick for a reason. He is talented and has great potential, but he has played in only 17 professional football games (if you include the playoffs). Ever heard of Robert Griffin III? He took the league by storm in his first season and then disappointed immensely. I am not saying that will happen to Prescott, but to think that he will just automatically lead the Cowboys to a Super Bowl is a fool’s errand. Expect him to be solid; however, I wouldn’t place him among the league’s top-10 quarterbacks as many have. Simply due to lofty expectations, Dak Prescott will disappoint.

The Raiders jumped leaps and bounds last season. An argument could be made that, if Derek Carr had not broken a bone in his leg, the Raiders could have challenged the Patriots in the postseason. I envision the Raiders having another superb season and their signal-caller taking home MVP honors.

The AFC will be ultra-competitive this season, as there are close to a dozen teams that have the talent to crack the playoffs.

Only a fool wouldn’t take the New England Patriots to win the AFC East. Tom Brady has shown no signs of slowing down and, quite frankly, the Pats play in the weakest division in football.

The Pittsburgh Steelers will win the AFC North, led by their three-headed offensive force of Ben Roethlisberger, Le’Veon Bell, and Antonio Brown. Martavis Bryant should also have a spectacular season alongside Brown, especially after he was suspended all of the last season.

From the AFC South, I’d like the Tennessee Titans to make the playoffs. Marcus Mariota has quietly become one of the NFL’s top young quarterbacks. His mobility and ability to elongate plays echoes Aaron Rodgers.

Out West, the Oakland Raiders, led by Derek Carr, will make the postseason for the second year in a row. Marshawn Lynch will give the Raiders an added punch in the backfield, while Khalil Mack will continue to be one of the NFL’s premier pass-rushers.

The two Wild-Card teams from the AFC will be the Denver Broncos and the Cincinnati Bengals. Both of these teams are coming off of disappointing campaigns in which they failed to make the postseason, but this year will be much different. The Broncos’ defense is simply too talented to not carry them to the postseason, even if their offense is subpar. For the Bengals, expect running back Joe Mixon to add an electrifying element to an offense that already has one of the NFL’s biggest deep threats in A.J. Green.

I feel like a broken record, but when it’s all said and done, the New England Patriots will be representing the AFC in the Super Bowl.

The NFC appears to be a bit more clear cut than the AFC when it comes to playoff teams. The New York Giants will win the NFC East. Their defense will yet again be stout, and the acquisition of Brandon Marshall to complement Odell Beckham Jr. will pay major dividends down the stretch.

From the north, the Green Bay Packers will claim another division title. Giving Aaron Rodgers a potent tight-end like Martellus Bennett to pair with Randall Cobb and Jordy Nelson seems almost unfair.

The NFC South might just be the most fascinating division in football. The Panthers have given Cam Newton an array of weapons this offseason through the draft while the Falcons are coming off an epic Super Bowl collapse. The Saints have the aging but skilled Drew Brees.

With all of that being said, the Tampa Bay Buccaneers will claim the division crown in the NFC South. Supplying Jameis Winston with a deep threat in DeSean Jackson, accompanying with Mike Evans, should allow the third-year quarterback to prosper. With Gerald McCoy anchoring the defense, the Buccaneers will be a force to reckon with in the NFC.

The Arizona Cardinals will rebound from a tumultuous 2016 season and win the NFC West. Carson Palmer will be serviceable at quarterback while running back David Johnson will carry much of the load offensively.

The Philadelphia Eagles and the Seattle Seahawks will be the two wild-card representatives from the NFC. For the Eagles, Carson Wentz will prove why he should have been the first quarterback taken in the 2016 draft, as he will lead Philadelphia into the postseason. For Seattle, they are just too talented to not make the playoffs. With Russell Wilson reportedly in tremendous shape, expect Seattle’s offense to reflect the circa 2015 Seahawks, with Wilson scrambling all over the field making plays.

With all of this being said, the Tampa Bay Buccaneers will play for the Lombardi Trophy.

After somehow winning the Super Bowl last year, the Patriots managed to significantly improve their roster, most notably with the addition of speedy receiver Brandin Cooks. The way it stands now, the talent gap between the Patriots and rest of the NFL is substantial. When you have the best coach-quarterback combination in the history of the league and superior talent, you are nearly impossible to defeat. This is where the Patriots stand—and it is why New England will repeat as Super Bowl Champions.