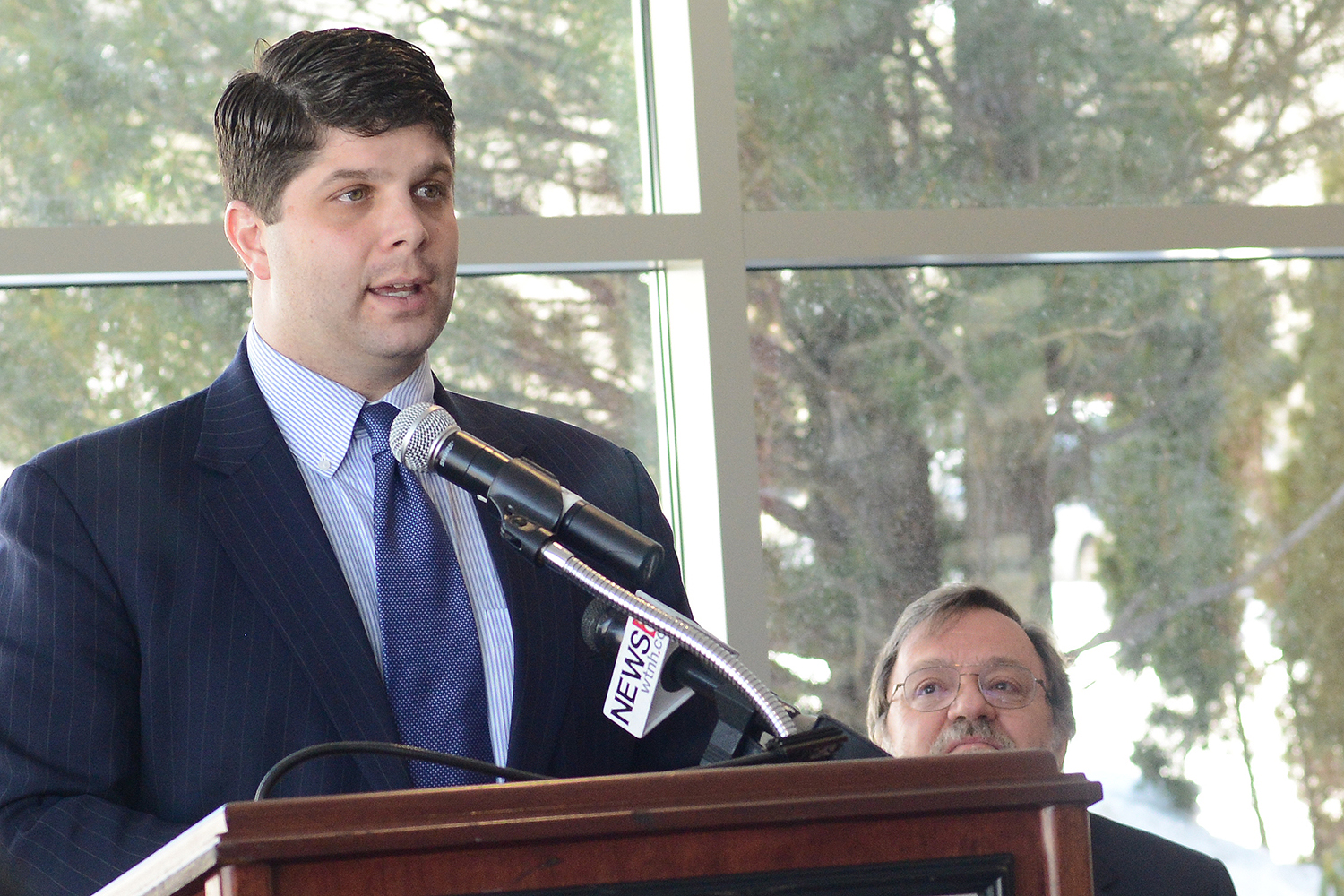 On Wednesday, May 3, Middletown Mayor Dan Drew came to the University to speak to students and answer questions concerning activism in the modern political climate. The Wesleyan Democrats (WesDems) invited Drew for the second installment of their ongoing series “Resistance In the Age of Trump,” a program devoted to bringing liberal politicians to campus.

Drew, who arrived with a member of his campaign and son Jacob in tow, spoke in the Public Affairs Center (PAC) to an audience of students and professors. Noting that he preferred to spend most of his time on campus answering questions, Drew gave a short introduction to his work, and why he felt it was important for students to get involved with politics.

“You’re living in a very strange time,” Drew said. “You’re coming of age in a unique time….You have a moment right now where citizenship, patriotism, is gonna require you to stand up and to speak out against the things that are happening in the country. We’re not talking about [the Trump administration] rolling back a couple of Obama-era policies. We’re not talking about rolling back some basic protections that were put into place in the last eight years for the American people. We’re talking about rolling back 100 years of social and economic progress.”

Drew noted that this shift in power, with the advent of the Trump administration, poses a threat necessitating action from grassroots efforts and organizations.

Drew went on to state that Wesleyan students in particular have a responsibility, given their education, to speak out against the actions of this administration. He stressed the importance of looking at today in the context of its historical moment.

“You’re all between 18 and 22 probably, right?” Drew said. “Maybe a little above, a little below? In 40 years, in 35 years, some of you may have grandkids. In the next five to ten years, some of you will have your own children. And when you do, those children and those grandchildren will learn about now. They will read about now in the history books. They’ll read about the era of Donald Trump. They’ll read about what it meant…. They’ll ask themselves, ‘How could this have ever happened?’”

Drew asked the audience by a show of hands if anyone had ever read something in a history book and wondered how the world could have let that happen. Everyone in the audience, including Drew’s son, Jacob, raised their hand.

“Someday [your children and grandchildren] are gonna wonder the same thing,” Drew said. “And they’re gonna ask you, ‘What was it that you did? How did you resist?’”

Drew finished his opening speech by again stressing the importance of getting involved in organizations currently combatting the Trump administration. Drew then took questions from the audience. After receiving a question from an audience member concerning power exchanges between the right and left in the recent election cycles, Drew noted that this effect was politically commonplace.

Drew then took a question concerning actions that, specifically, Wesleyan students could take.

“The biggest single thing you can do,” he said in response, “is getting out and knocking doors, and phone banking on behalf of candidates who share your beliefs…. Person-to-person contact is the single most powerful thing any candidate can do.”

“I’ll be honest with you,” Drew added. “That’s the reason that I’m mayor. Because I did that. Thousands of doors by myself.”

After again expressing the importance of getting involved, Drew stressed the value of honesty, explaining that the public was smart enough to tell if a politician was a “phony.”

“People are not stupid,” he said. “They know it, they can see it. I learned that a long time ago. The public is taken for granted by an awful lot of politicians. And they’re treated as though they’re stupid, and they’re not.”

Faizan Razak ’20, a member of the Wesleyan Democrats board, commented on the importance of holding events like this one.

“I thought it was awesome to have him come because as Wesleyan students, a lot of the time we feel really out of touch with Middletown and we don’t have a good grasp of the issues that the community outside of our bubble faces,” Razak said. “It really resonated with me how he said that over the next four years we’ll have a lot of opportunities to engage in work we’re passionate about and make an impact that we’ll be able to tell our children and grandchildren about.”

Before finishing his question and answer session, Drew took the time to tell students that if they felt they were ready, they should run for office now. He explained that youth needn’t be a deterrent, as long as students knew the issues and were energetic.

“Basically any offices except your three federal offices, you can run for,” he said. “You’re all 18. Register to vote, and run.”