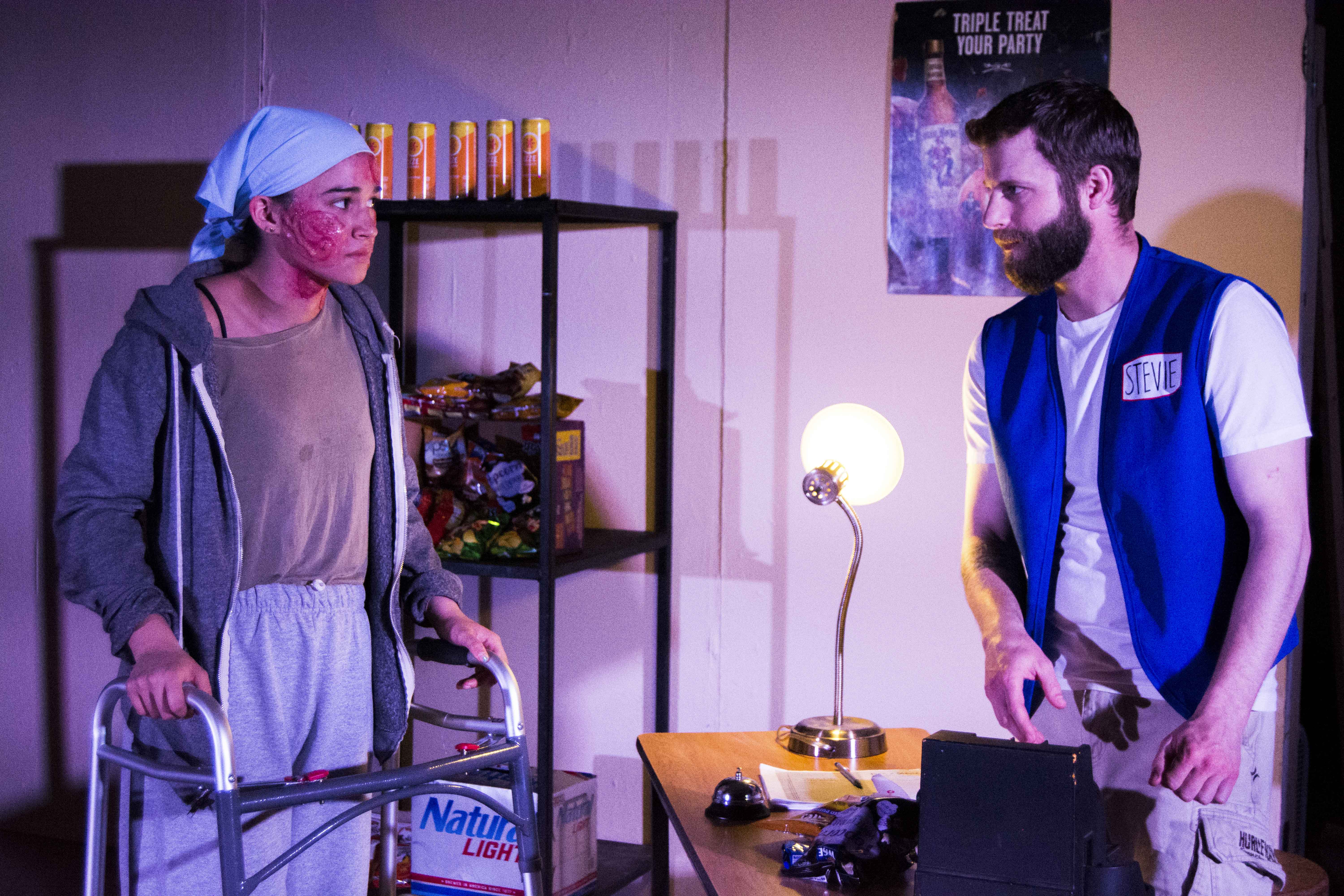 This weekend, Second Stage presented a retelling of “Ugly Lies the Bone,” the story of a veteran with disabilities returning home and recovering using virtual reality therapy. The play partnered with Antonio Farias and the Office of Equity and Inclusion to start a conversation about veteran life after war, centering on veteran students coming to Wesleyan as a part of the recently developed Posse program, which is geared towards helping veterans receive a liberal arts college education.

“I’ve had the privilege to get to know some Posse vets through my acting work, and their story and narrative is something that a lot of people on this campus feel alien to,” said director Olivia Weinshank ’18. “The consequence of not knowing about something is often being fearful or halting any kind of investigation or discussion.”

To instigate these kinds of discussion, members of the student and faculty body on campus were invited to three dinner talks, each highlighting different aspects of veteran life. The show itself included two Posse veterans, Daní Rodriguez (Kelvin) and Ryan “Doc” Polk (Stevie), who both acted and served as advisors in production.

“I cast them because they were the perfect people for the roles, but also having them there led to enormous truth and honesty in the production,” Weinshank said. “It’s an incredible gift to have people in the room who actually have that experience you’re trying to tell.”

Although Weinshank has no direct connection to the military, she knew she wanted to make a larger impact with her theater work. The interest in this play specifically began four years ago, when she witnessed a reading of “Ugly Lies the Bone” that was composed simply of five actors on an empty stage.

“I left that reading being blown away by how intricate and sensory and emotional this world was, solely just from the script reading,” Weinshank said. “That experience was incredibly powerful, and I’ve loved the show ever since.” 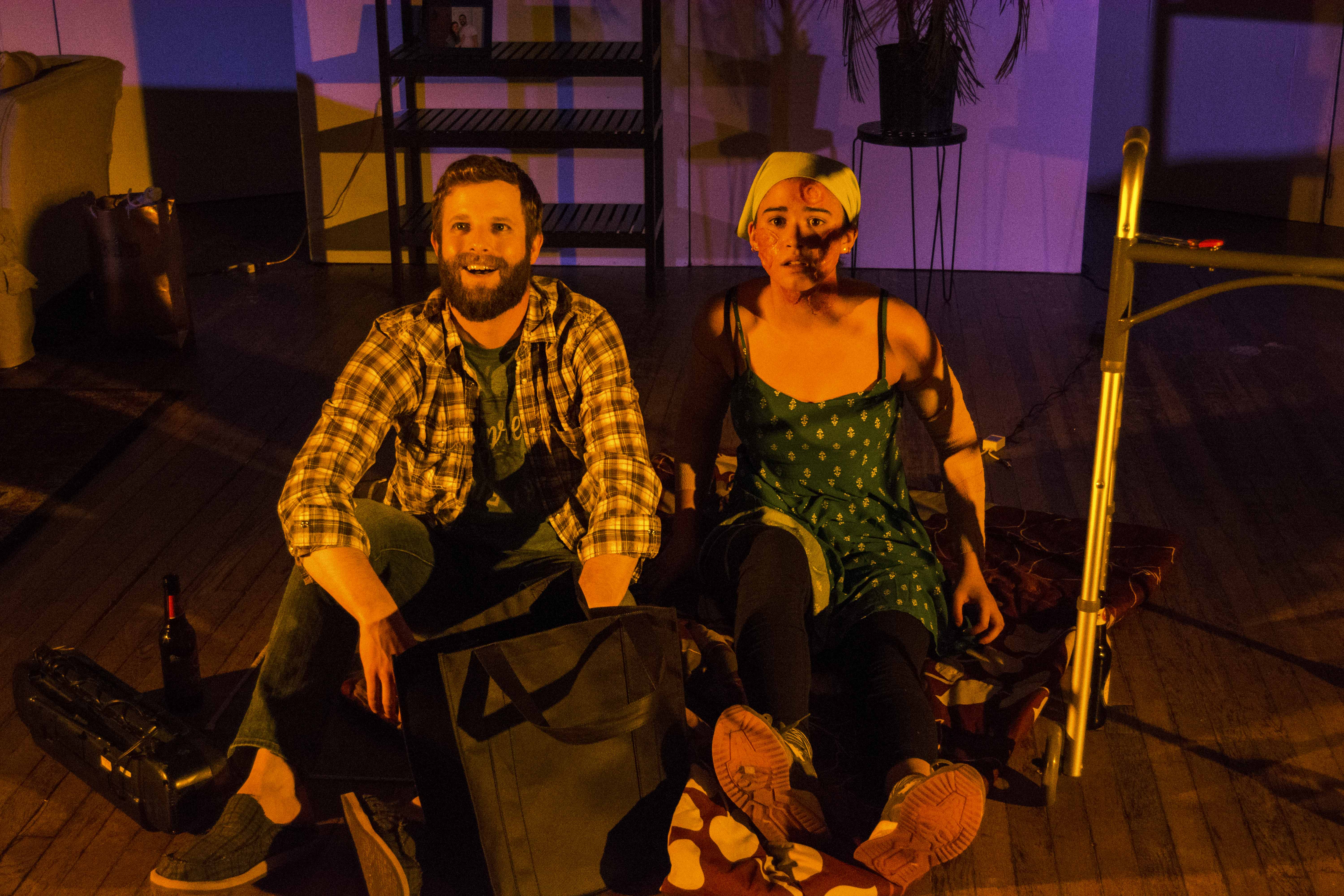 Shortly after the election, Weinshank, whose previous experience consisted mostly of acting, received the opportunity to put on her own production. Shaken by recent political events, she turned to her professor, Kim Weild, for advice on how the arts could take on a greater role in instigating change.

“She [told] me very honestly that some of the most impactful and most treasured pieces of art that we have as a country evolve from moments in history like this, where people stop and say, ‘What do I do now? How do I contribute?’” Weinshank said. “Theater is one of the more impactful ways you can do that. Theater, unlike a lot of other things, is people in a room, bodies on stage, requesting engagement from the people that watch it.”

“Ugly Lies the Bone” is the result, and the dinner talks helped expand the conversation both on and off the stage. The first installment of the dinner series featured Weild, the second was led by Farias himself, and featured Brian Barkman Jr. ’19, a Posse army veteran, and his wife Sara Laurenzi, who served in the air force. Professors Quiara Hudes and Eddie Torres led the third talk, as Hudes had written a trilogy of plays about an air force veteran, and Torres had served in the military himself.

“What humbled me the most about that first dinner was that people were shocked that anyone had an interest in telling their story to begin with,” Weinshank said. “It really spoke to the narrative how forthright, honest, and open people were to talk about their experiences.”

The play deals with several challenging aspects of soldiers returning home, including the search for work, old flames who have moved on, and family members trying to support their own lives when a loved one is deployed. Doc Polk ’19 plays Stevie, Jess’s ex-boyfriend, who is now married and unable to continue their old relationship. One of the more pivotal scenes in the show features Kacie, Jess’s sister (played by Uma Dieffenbach ‘17) arguing with Stevie, showing him all of the effort she puts into taking care of Jess and her injuries. Jess has just suffered a PTSD attack, and Stevie realizes that she is not the same person she was before the war. 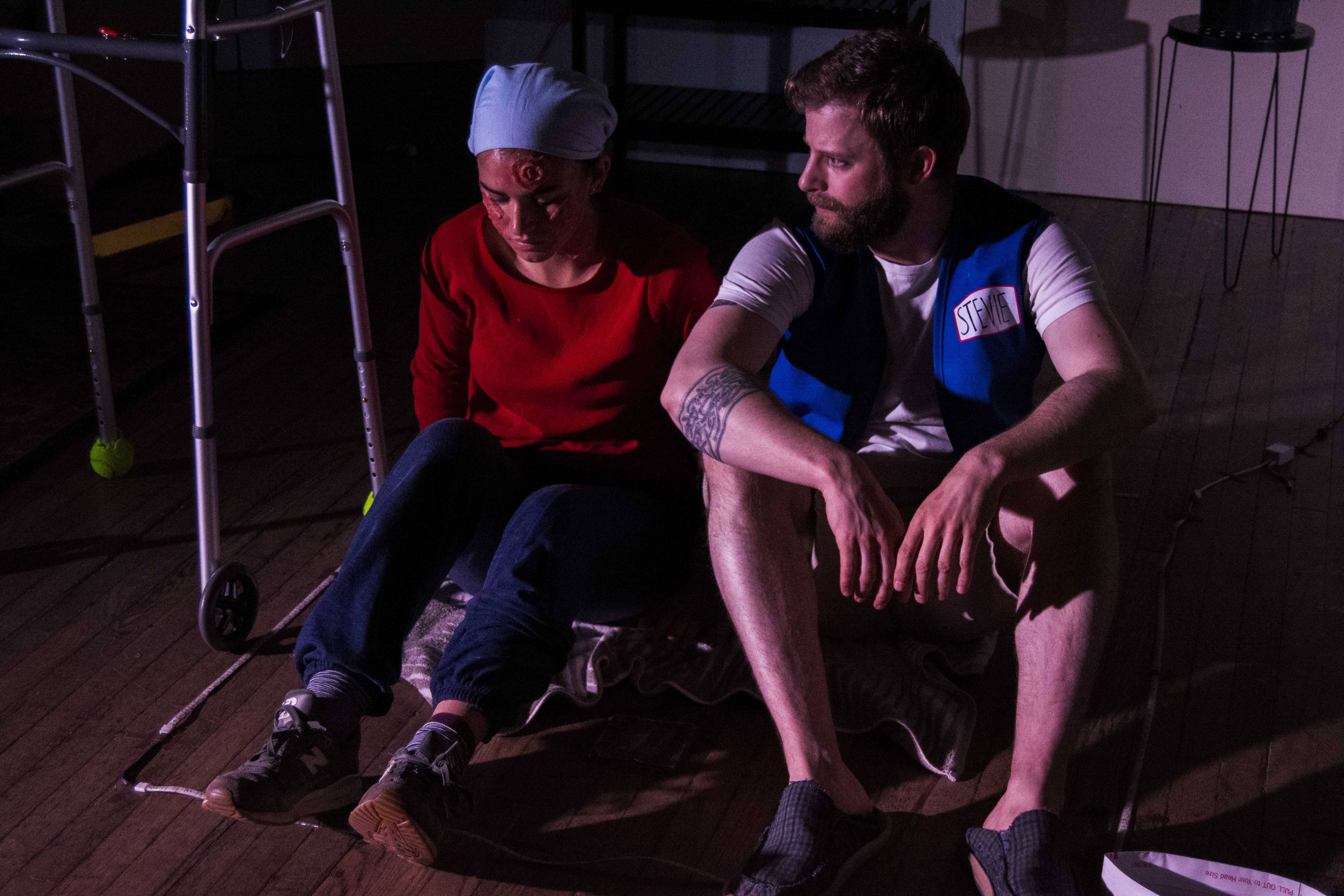 “It’s such a complicated moment. Stevie has seen one of Jess’s attacks, experienced her physical limitations, and took in what Kacie had to say about taking care of her,” Polk said.  “After all this, Stevie tells Jess that, yeah, this is what he wants. He can do this. And it is true. The problem is he doesn’t have the courage to go after what he wants. Jess has to be the strong one.”

Polk himself experienced a change in self when returning home, and expressed frustration with friends and family members who attempt to “fix” him or pretend those changes don’t exist.

“What happens to the brain with trauma isn’t just a mental change; it’s a physical change. The brain is physically different,” Polk said. “I know now that I’m not broken, there is nothing to be ‘fixed.’ There are things that need to heal but, overall, this is who I am now. I will never be the person I was before, but I’m okay with that.”

Polk began attending Wesleyan University to pursue a career in journalism, and eventually go back to report on the war. He took a theater course by chance, and found an emotional outlet in acting.

“I found that I had a well of emotions that I needed to express and that acting gave me a venue to do that,” Polk said. “As I expressed these emotions – the rage, sorrow, hurt, loss – and processed my experiences, I began to have room for positive emotions. I experienced happiness for the first time in years.”

Polk found that acting helped him relate to others, including his service dog, Archie. He now plans to continue his loves for writing and acting beyond Wesleyan.

“Theater is the thing that’s been healing me since the war,” Polk said. “Theater is what brought me back.”

Aside from the dinners, veterans and families of veterans were invited to their own showing of “Ugly Lies the Bone” Saturday afternoon, featuring an additional talkback with the cast. Weinshank invited Maurice Decaul, a playwright who had been involved in the first production of “Ugly Lies the Bone,” to lead the talkback. Members of Posse as well as local Middletown veterans shared their thoughts about the play, and listened to the actors’ process.

One Middletown resident, Anthony Gaunichaux, served in several conflicts including Korea and Vietnam. Gaunichaux expressed considerable relief in sharing experiences with other vets.

“It’s easy for a vet to talk to another vet,” Gaunichaux said. “It’s hard to talk to a civilian. When I talk to vets, we all have the same story. We still have bad dreams. We still walk around every day with that hurt. Thank God we can bring this out and we can keep working on it.”