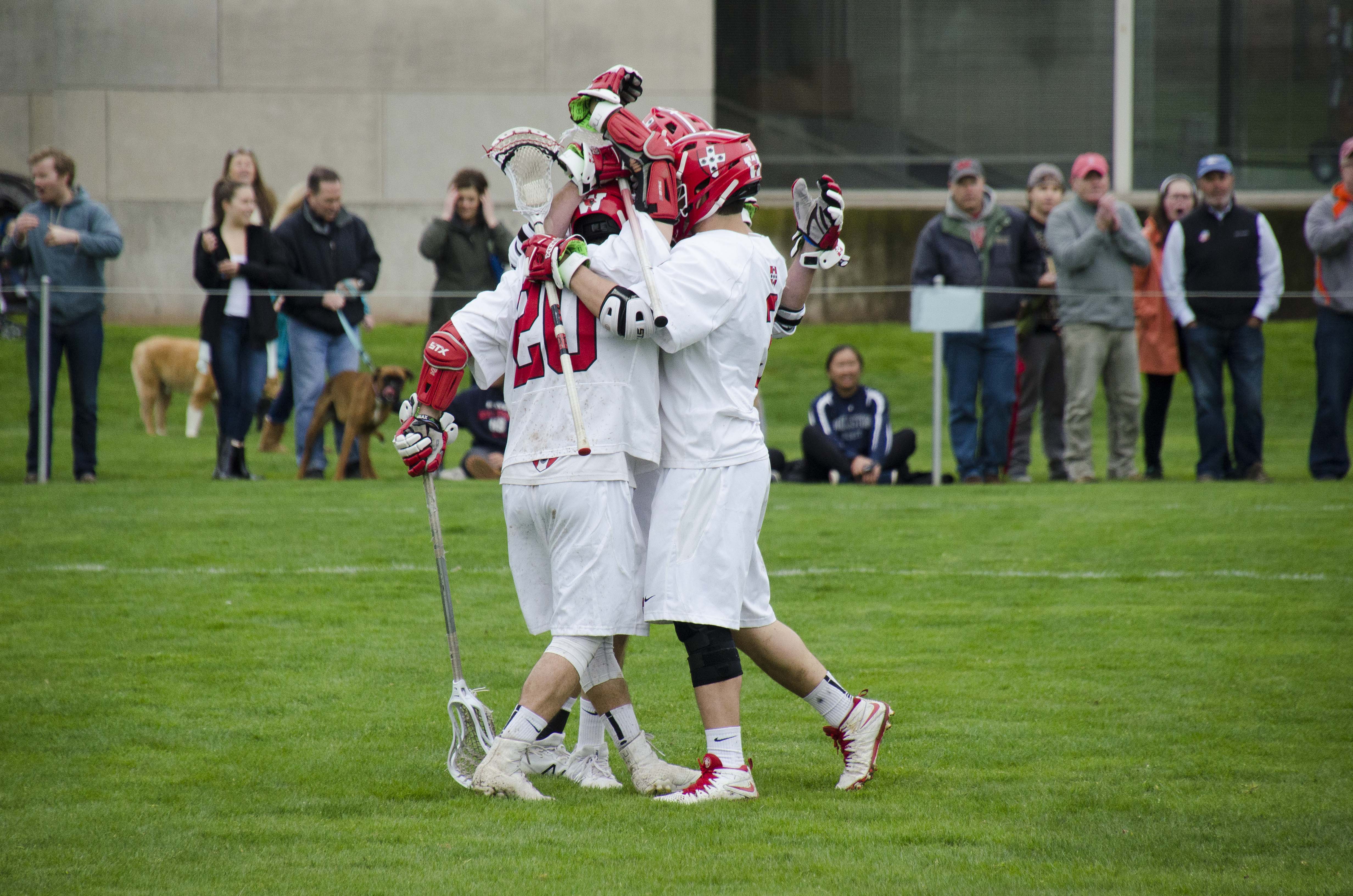 This past Saturday, the men’s lacrosse team honored its seniors and battled No. 3 Tufts at Jackson Field. In a thrilling contest, the No. 9 Cardinals upset the defending NESCAC champions to move to 13-1 overall and 8-1 in the NESCAC. The win was also the squad’s 13th straight, breaking the program’s previous record for consecutive wins set in 2001. The 17-16 win revealed the Cardinal’s ability to compete at the highest level: despite dropping their first game of the season against No. 2 Bates, the Dirty Birds have strung together eight straight victories in what is easily the most competitive conference in the nation. Even if the win against Tufts was an upset on paper, it wasn’t an upset to the team.

“We don’t really view it as an upset,” said captain Quinn Mendelson ’17. “There won’t be a game we play where we feel like an underdog. We’ve won 13 games in a row now, and that doesn’t happen by accident or luck. Tufts is a great team, and we knew we had our work cut out for us, but we believe in ourselves and knew that if we put a full game together, we’d be right there at the end of the game.”

The game was an exciting, back-and-forth affair, as Tom Dupont ’17 scored the game winner with only 19 seconds left in regulation to put the Dirty Birds ahead for the win. Just as he has been all season, Harry Stanton ’18 was lethal on the offensive end of the pitch, tying a program record with eight goals, including four in the fourth quarter. The eight scores bumped Stanton’s league leading goal tally up to 54 for the season. Along with two assists, Stanton moved up to sixth on the Wesleyan all-time scoring list with 176 points. His 132 career goals are also only second to John Landay ’01, who scored 186. 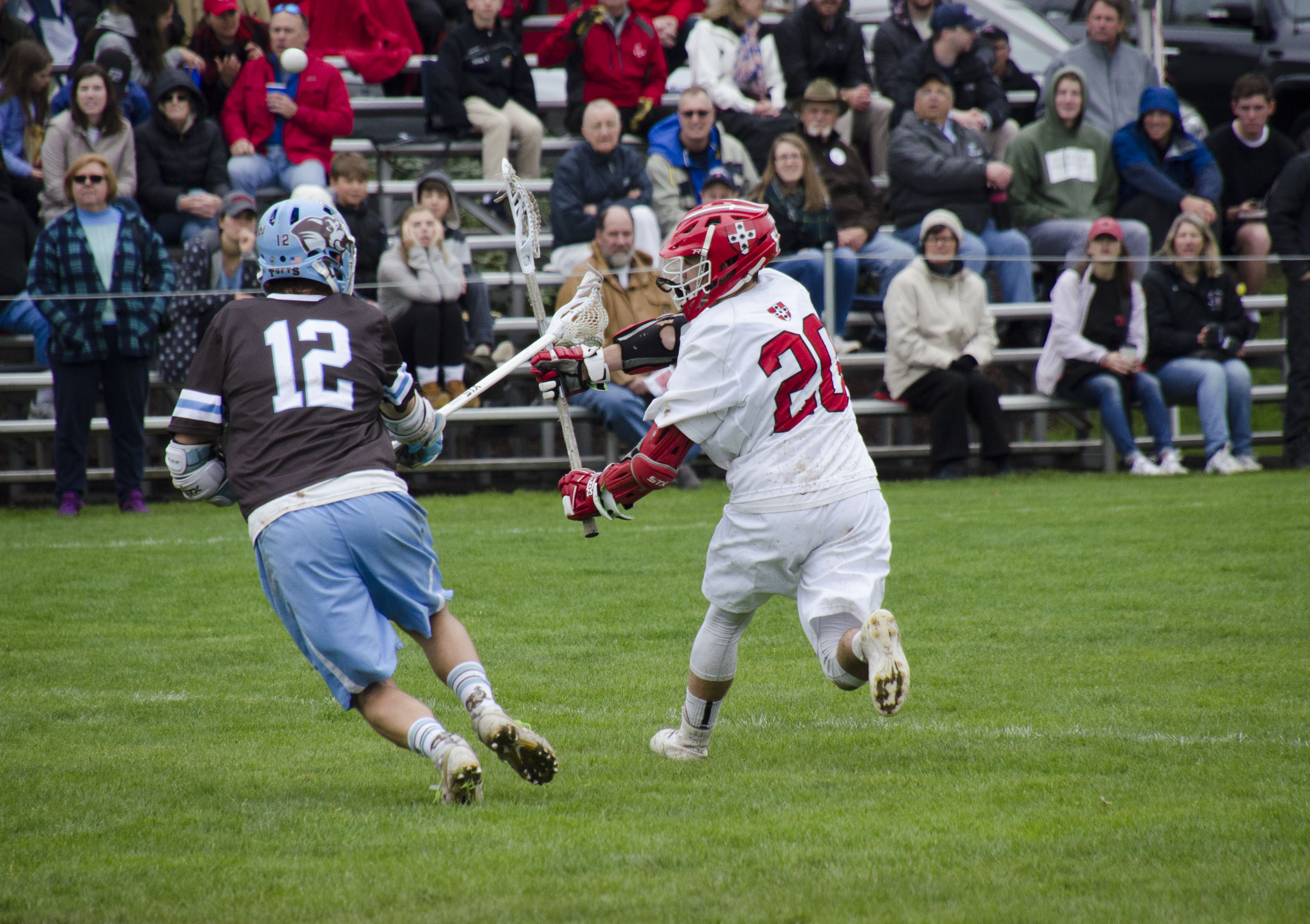 The Cardinals started off fast, with Cole Turpin ’18 finding the back of the net just 47 seconds into the game. Tufts responded with a 3-0 run to take the lead. Dupont cut into the lead later in the first quarter, and then the teams traded goals to finish the first quarter at 5-3 in favor of Tufts. The second quarter started in similar fashion, as Turpin started the scoring, with Tufts responding by going on a 3-0 run. Both teams traded scores yet again, and the Cards headed to the locker room trailing 9-5.

In the second half, the Dirty Birds found themselves trailing 12-8 with just under 10 minutes left in the third quarter. The Cardinals didn’t give up, however, scoring three unanswered goals to cap the third quarter on a high note. The fourth quarter marked a dramatic finish to a great game. Soon into the quarter Tufts ballooned their lead to 15-12. However, the dynamic Stanton retaliated and scored three straight goals himself to tie the score up 15-15. Tufts then scored to go ahead, and Stanton again dramatically tied the game with 2 minutes and 32 seconds left in the contest. Shortly after, Dupont scored the game-winner, and then Wesleyan won the faceoff to run out the clock.

Being at home on senior day provided a much-needed boost for the team.

“That was the icing on the cake,” Mendelson said. “The student section was awesome. They were so loud, and it’s by far the biggest home-field advantage in the NESCAC. The noise from the crowd is what turns Jackson Field into ‘The Birdcage.’ It’s a day I don’t think any of us will forget.”

Faceoffs were a big part of the success for Wesleyan, as Zach Zavalick ’20 won 11 ground balls for the team; as a whole, the Cards were 23-35 in that department. Taking advantage with the man-up was also important for the Cardinals, as they scored five goals with the extra man advantage. Besides these elements of success, goalie Ted Bergman ’17 made 11 stops and won his 13th game of the season. 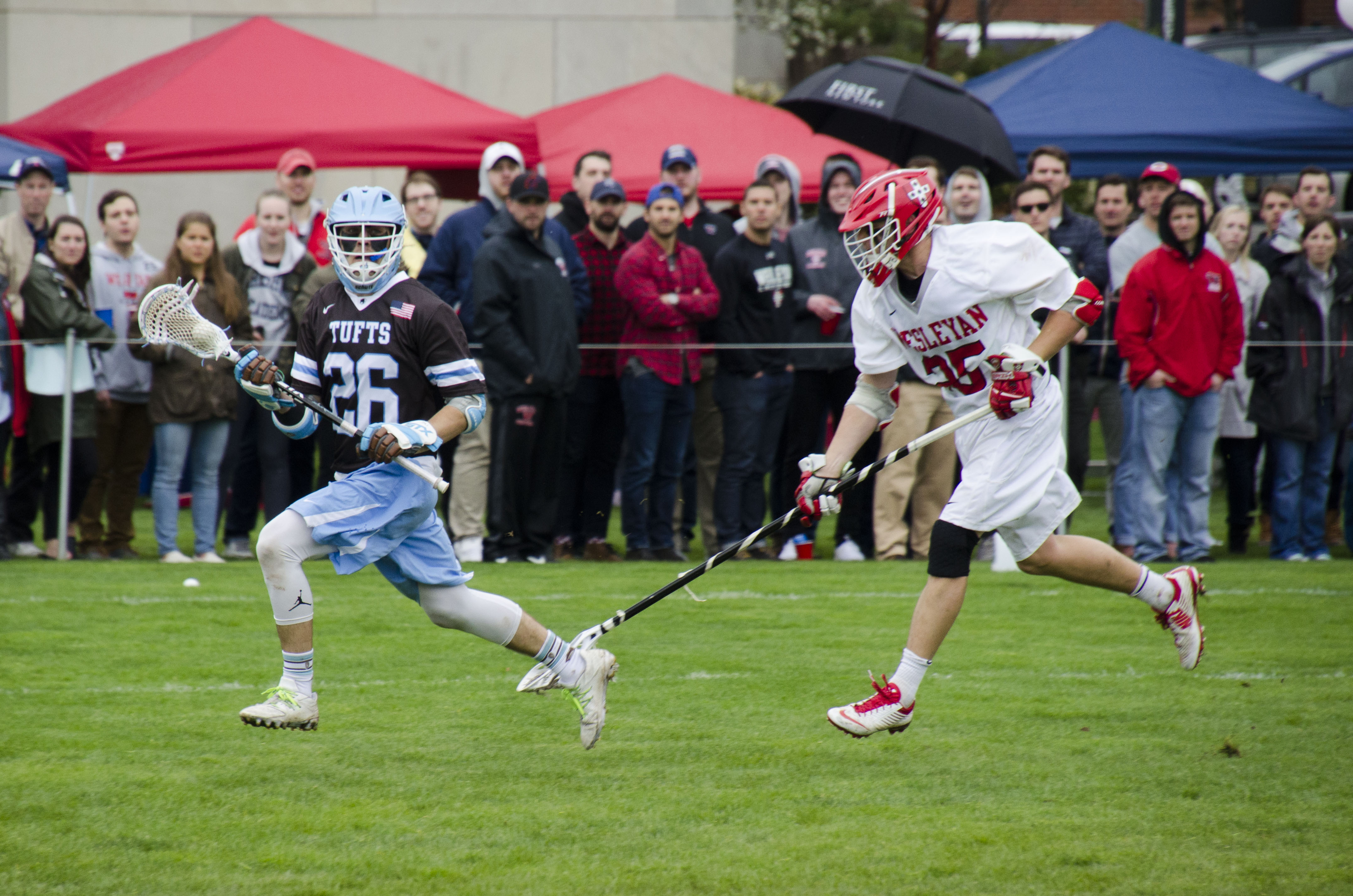 The class of 2017 has been very successful for the program, compiling a 44-18 record while qualifying for the NESCAC tournament every year. Seniors Dupont, Hank Barrett, Grey Bradshaw-Mack, Jason Gibson, Gus Greenberg, Evan Isaacs, Brendan O’Brien, and senior captains Bergman, Mendelson, and Cory Ekstrom want to make this season last as long as possible.

“We’re excited for the season to conclude, but we’re focused on finishing the regular season the right way,” said Mendelson. “We play Conn College on Wednesday, and after that we’ve got the NESCAC tournament. We want to win the NESCAC Championship and then the National Championship. But that comes from taking it one game at a time. This next phase of the season is something we’re all excited for.”