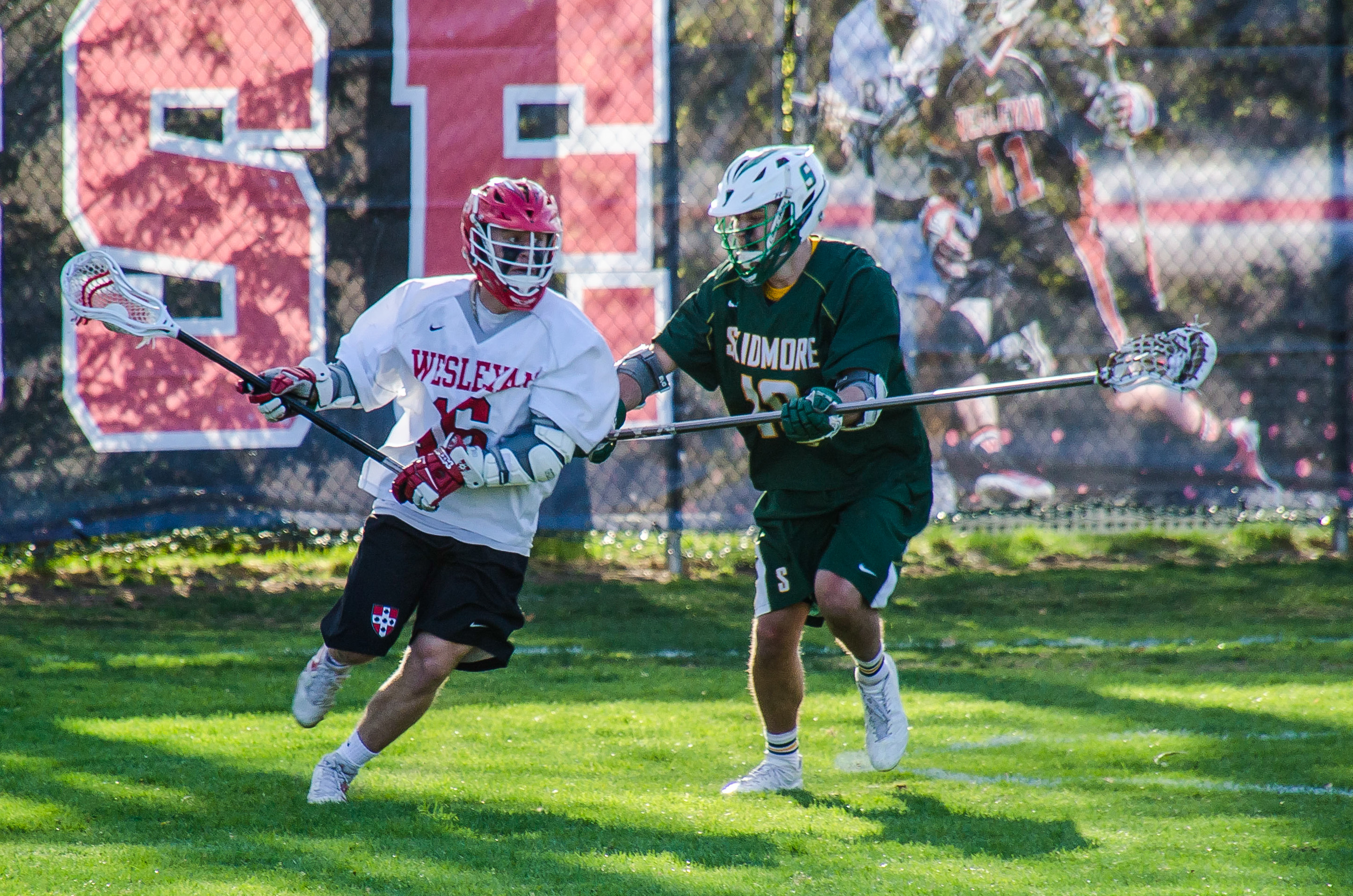 The men’s lacrosse team is in the midst of a great season, currently sitting at 12-1 overall (7-1 in conference play) and boasting a 12-game winning streak. The only blip on their record is a narrow opening day loss to No. 2 Bates. The Cards’ current win streak includes wins over No. 12 Amherst, and previously ranked Bowdoin and Middlebury. This impressive stretch has the Cardinals sitting at No. 9 in the country entering their last leg of the season.

The past week was a successful one for the Dirty Birds, as they notched wins over rivals Trinity and Bowdoin in addition to taking down Skidmore College. The team is looking to bring all their positive momentum into a Saturday matchup against its bitter rival, No. 3 Tufts.

On Tuesday, April 11, the Cards defeated the Bantams handily, claiming the Connecticut crown after having beaten the Camels earlier in the season. The matchup started well for the Bantams, who jumped out fast to a 2-0 lead. However, the Cards responded calmly and held a 3-2 advantage entering halftime. That narrow difference would balloon in the second half, as the Redbirds posted 10 goals and ultimately won the contest 13-7. Tom Dupont ’17 led the way for the Cardinals with four goals and two assists to finish with six points.

“We take a lot of pride in this victory,” said captain Corey Ekstrom ’17 of the matchup. “It means a lot to us to win the Connecticut State Championship.”

The match against Bowdoin proved more difficult for the Dirty Birds. The team traveled up to Maine, and ultimately won a very close back and forth game. The score was tied 4-4 at the end of the first half and 8-8 at the end of the third quarter. Harry Stanton ’18 was the star and hero of the game, as he scored a team-high five goals and notched the game-winning tally with just over eight minutes left to play. Stanton’s goal gave the Cardinals a 10-9 lead, and the squad managed to hold on with the help of a stout defensive effort. The Cards’ defensive unit was led by a strong performance on the part of Ted Bergman ’17, who made 12 saves on the day.

“Bowdoin ended our season last year, so it was great to go up there and get a solid road win,” Ekstrom said. “A lot of guys on our team stepped up late in the game and helped us pull out a victory.”

The Dirty Birds’ win against Skidmore was significant for multiple reasons: it also marked the squad’s first time playing on Jackson Field this season, a location change which generally draws large home crowds. The team was in control throughout the entire contest, resulting in a 12-9 win. The Cards were carried by Carter Hawthorne ’19, who scored three goals and added an assist, and Bergman, who stopped 12 of the 21 shots he faced in net.

Unsurprisingly, members of the team lead the NESCAC in several statistical categories. Stanton hears the conference in the flashiest stat—goals—with a whopping 46. He’s also second overall in points, with 64 total. Hawthorne ranks second in assists with 31 dimes, and Bergman is arguably the best goalie in the conference, listed at second with a save percentage of 59.8%. These admirable stats, however, are merely a byproduct of the team’s overall synergy and cohesion.

“It’s exciting to be a part of our team right now,” Ekstrom said. “We’ve put in a lot of hard work in the fall and in the preseason and now we get to watch it pay off. We’ve done a really good job of taking the season one game at a time and we’re just focused on improving every day.”

The team cannot wait for its matchup against Tufts this weekend. They get a chance to continue their winning streak, while proving to the NESCAC and the country at-large that they are truly a top-tier program.

“Everyone’s excited for the opportunity to play in a top-20 matchup home in the Bird Cage,” Ekstrom said regarding the Tufts game. “We know they’re a great team, but we are too and we will be ready to play. We know we can get to the top of the NESCAC but we know how competitive the conference is and we have to show up ready to play in every game.”