Women at Wes: The History of Coeducation 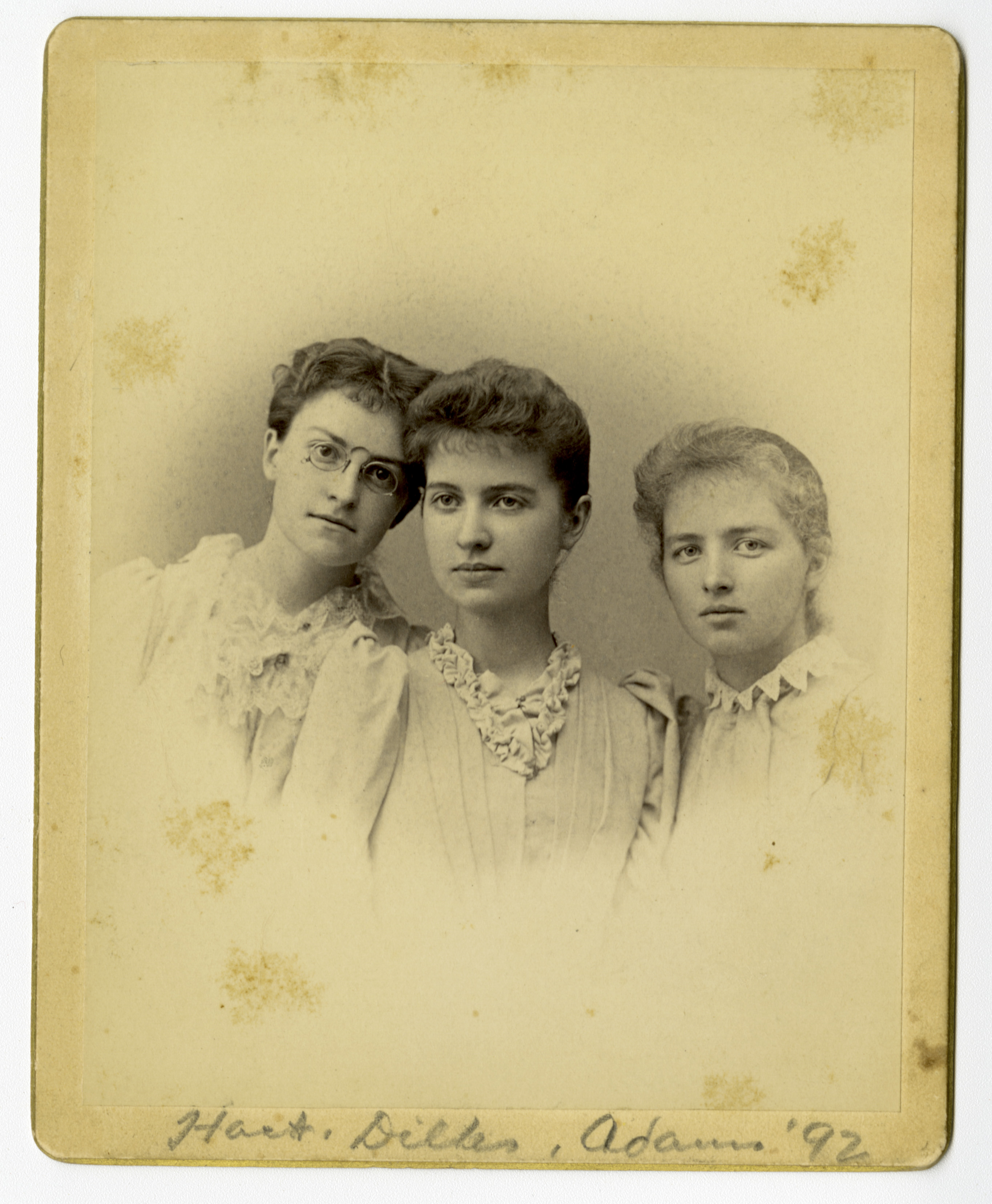 Even though Wesleyan currently has a larger number of female-identifying students than male, it wasn’t until 1872, 41 years after its founding, that the first four female students were admitted to the University. Coeducation continued through 1912, when the process was halted amid concerns about the role of women in the University and a diminishing academic reputation.

In an 1871 Board of Trustees meeting, the members agreed that there was nothing in the charter or by-laws that prohibited the admission of women into the University. This move is also known as the “Wesleyan Experiment.” Later that year, the first four women were admitted.

Joseph Cummings, President of the University at the time, strongly supported accepting women and believed that there was a trend in leading higher education institutions toward coeducation. However, financial concerns were discussed, as the integration of women meant creating specific classes and a college for them.

“It is known that ladies have been connected with the college this past year,” Cummings wrote in a report regarding coeducation in 1873. “The scholarship, punctuality, and general character and bearing of the ladies have been such as to command highest commendation and respect.”

By 1898, 23 percent of the student body was female, but marked separations between the two genders persisted at the University. During commencement, women were still announced separately from men, even though they received the same honors. Professors such as Professor Morris Crawford, a prominent figure in the community for coeducation, motioned to get rid of this several times but was unsuccessful. According to the Wesleyan Argus articles published at the time, the sexes were separated in libraries, labs, and living spaces. Women were also not allowed to participate in extracurricular activities.

By 1898, several men at Wesleyan felt threatened by the women “taking their funds” and held a boycott (they chanted, “To hell, to hell with coeducation is our yell”). A Committee on Coeducation, formalized at the commencement ceremony in 1899, consisted of notable trustees such as John E. Andrus (of Andrus Field), Stephen Henry Olin (of Olin Library), Cyrus D. Foss, and University President Bradford P. Raymond.

In 1900, female graduates sent a letter of protest to the Committee and the Board of Trustees. In the letter, they wrote about the University’s possible losses if women were to be excluded from the University’s student body in the future and estimated a cost of half a million to one million dollars to create a separate women’s college. However, they were adamant on using this money instead to improve the current college while allowing women to be involved.

“Even if so large an amount of money were at present available, we should regret its use for this purpose as unwise, if not positively wasteful,” the letter reads. “We women would far rather see it applied to perfecting the equipment of the existing college, where men and women alike would enjoy ampler facilities for education than either could enjoy, should the money be diverted to the founding of a new college.”

A letter of protest sent by five male students urged the Board of Trustees to get rid of coeducation. They cited several reasons, including that women in the classroom were inconvenient, unpleasant, a hindrance to efficient work, and a diminishing upper-class social life. The men ended the letter strongly urging the Board to not admit any more women into the University.

“Whereas the traditions of this college, founded for men and admitting for forty years men alone, are and must remain essentially masculine…” part of the letter reads.

Protests grew around the school, with many students and alumni writing letters that were printed in The Argus denouncing coeducation.

“But, sir, must [women] go to Wesleyan, Yale or Harvard?” a letter printed in The Argus on Nov. 1, 1871 reads. “I am not a woman hater–I have a wife, and a number of good sisters, and I respect the sex and yet I ask in all sincerity, why spoil our old colleges for boys in order to give the girls advantages, in no respect better than the present female colleges would offer if their standard were raised?”

Even the staff of The Argus, in an issue published on Oct. 26, 1898, wrote an ultimatum against coeducation at the University.

“We are in a well-defined, distinctive class of colleges, than which no better exists anywhere and to which we are proud to belong,” The Argus ultimatum reads. “Let co-education prevail much longer, and we shall soon be out of that class.”

Eventually, the Committee came to the decision that, if a women’s college was not founded by 1907, coeducation would end.

Around the turn of the century, coeducation took a negative turn in higher education, with more and more institutions shying away from integrating women into the community. In 1909, acting President of the University William North Rice stated that several interested parties believed that stopping coeducation would be in the interests of the University.

The first phase of coeducation at Wesleyan then ended in 1912. According to the Argus, in the ’50s and ’60s, coeducation again gained popularity in New England colleges, so Wesleyan jumped on the bandwagon.

A task force created on coeducation concluded that the integration of women was necessary were Wesleyan to retain its academic reputation. Thus, in 1969, 55 women matriculated, and libraries, dorms, labs, and even bathrooms became coed.

“The immense benefit of coeducation to Wesleyan has been the breaking down of numerous stereotypes and clichés,” said University President Colin Goetze Campbell in 1981. “We are different, men and women, but those differences are not barriers, not excuses for prejudice…. To the women of Wesleyan, I say ‘This time you really are here to stay.’”

For more on the history of coeducation at Wesleyan, visit the Special Collections and Archives at the Olin Library.