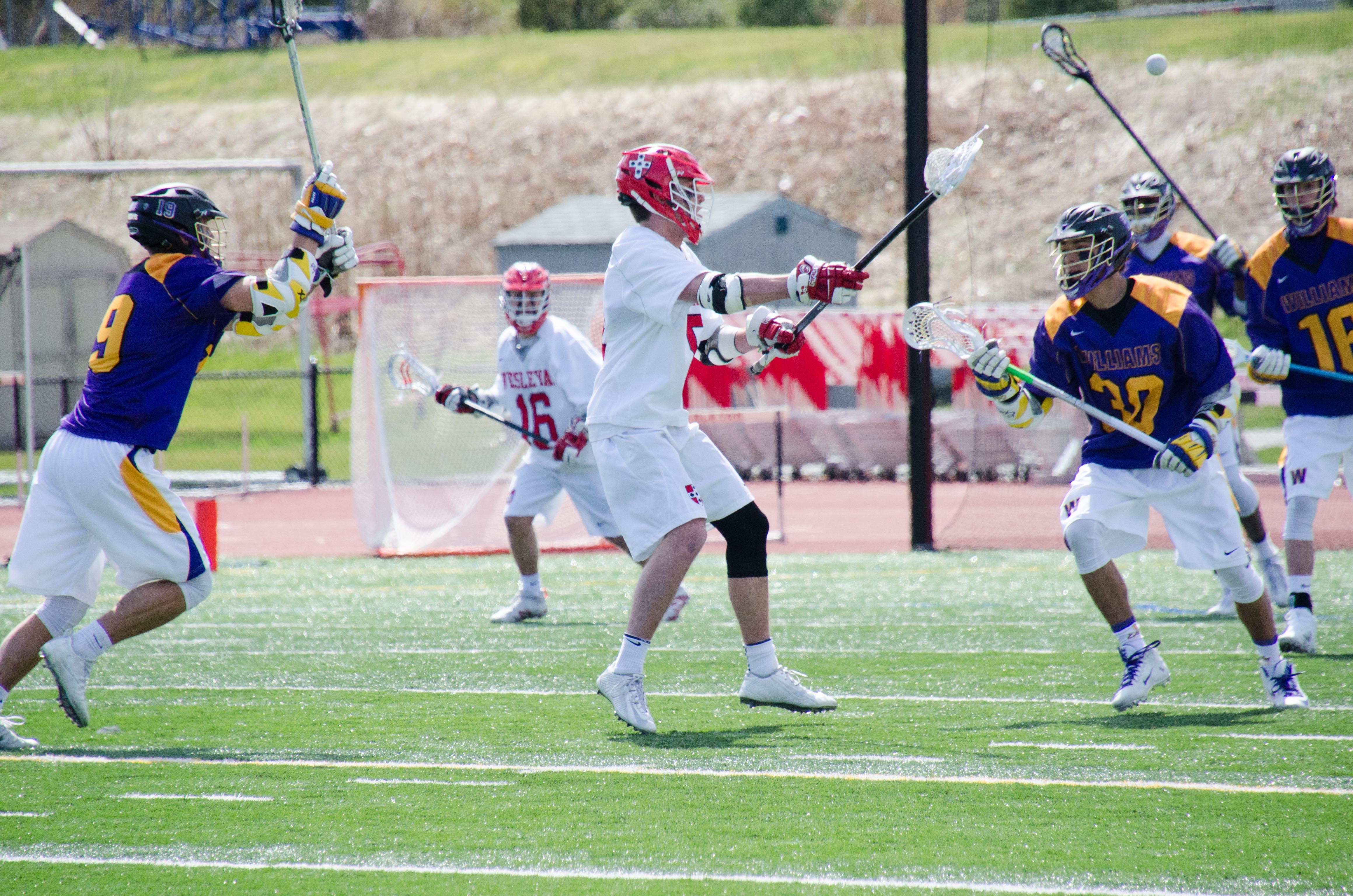 The men’s lacrosse team took the Little Three crown on Saturday, April 8 after conquering the Williams Ephs with a strong 11-8 win. The victory improved the No. 11 Cardinals to 9-1 overall and 5-1 in NESCAC play, and gave the Birds the outright title for the first time since 2013 and for the 11th time in program history. The team was led by Taylor Ghesquiere ’18, Harry Stanton ’18, and Carter Hawthorne ’19, who each netted three goals while Stanton and Hawthorne each added an assist as well. Goalie Ted Bergman ’17 gave a solid goaltending performance, saving 10 of the 16 shots he faced.

The game was close in the first half, as the teams were tied 2-2 after the first quarter; Wesleyan led 5-4 by the end of the half. In the third quarter, only three goals were scored, with Wesleyan notching two to increase their lead going into the fourth quarter. By that point, the Cards had scored five in a row, with an Ephs goal at the end of the third finally stopping the run. In the fourth, both teams exchanged goals to start before Hawthorne found the net, sparking a 3-0 run for the Cardinals that put the game out of reach for the Ephs. Williams scored two goals in garbage time but the Red and Black held on for the win.

“I’m extremely proud of our team for all the hard work and preparation they put in to bring back the Little 3 Championship to Middletown,” said head coach John Raba. “It is a huge accomplishment that is not easily done, so anytime we could win one it’s a really big deal. We will enjoy this moment for a few more hours, and then we are back to work and focused on Trinity. Our team has a tremendous understanding of the importance that they come ready to play every time we hit the field.”

Up to this point in the year, the team has enjoyed a very successful season with only one blip on their record.

“I think we’ve done a good job so far on focusing on each game,” said captain Quinn Mendelson ’17. “At the moment, we’re 8-1 so we’re doing some stuff right. The first game against Bates, a 14-15 loss, was an eye-opener for us and I think we’ve really started to roll since then.” 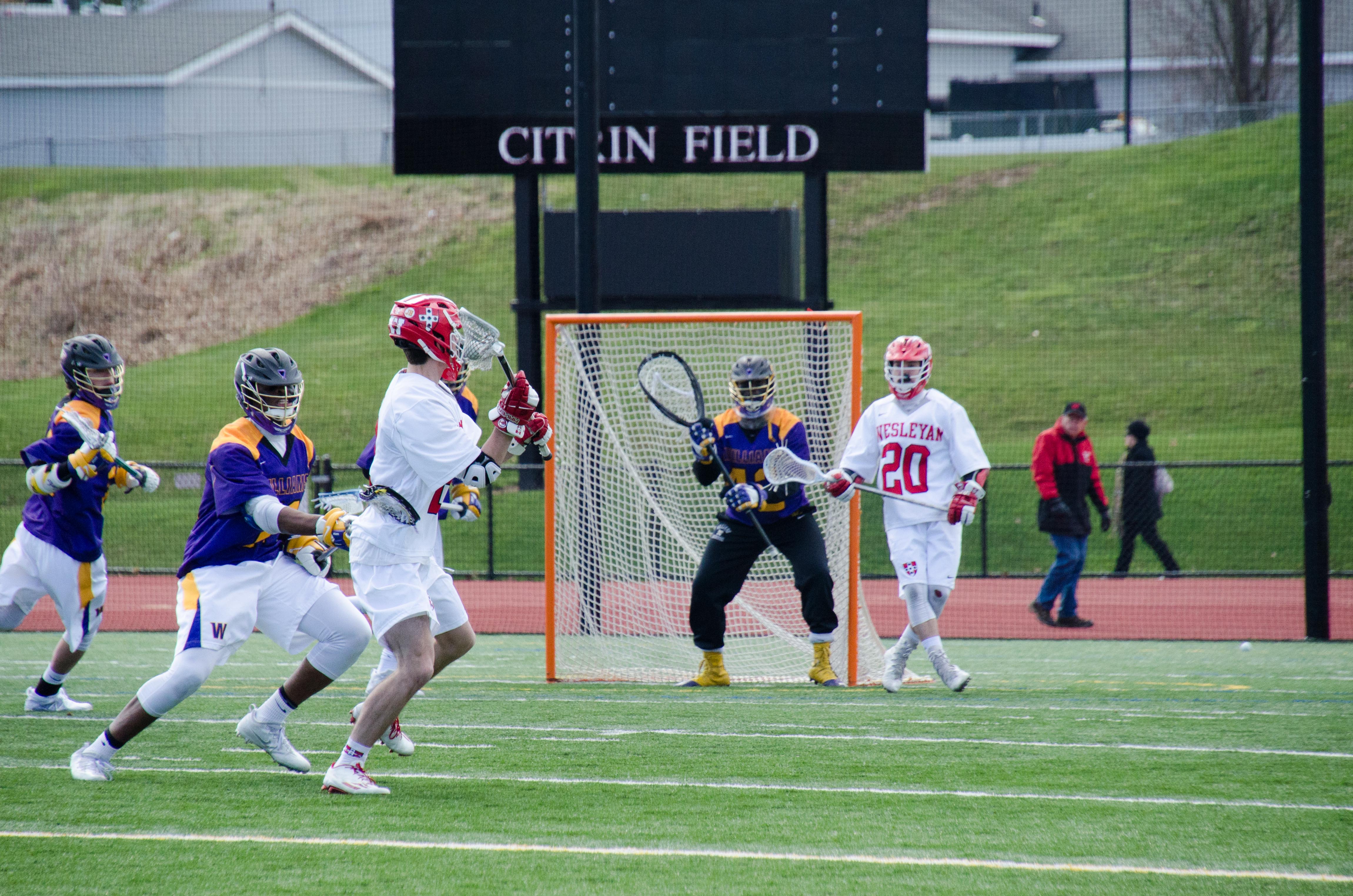 “Winning is fun, and when you start winning a couple games in a row the winning feeling starts to snowball giving you a lot of momentum,” said Owen Ward ’20. “Winning takes some of the pressure off on a day-to-day basis and helps us play loose. We’re hoping to carry this momentum with us into the final frame of the season.”

The success is leading to national recognition for the Cards, as they are ranked 11th in the most recent poll. However, the team is doing a good job of not letting it affect its play or mindset.

“I don’t think too much attention goes there, at least not at this point in the season,” Mendelson said. “We know what type of team we are so it doesn’t really impact us all that much. When it comes down to playoff seeding later in the season it’ll matter a bit more, but right now we’re just focused on each regular season game and making sure we’re going about things the right way.”

The men’s lacrosse team is continuing a pattern of success that many Cards’ sports have cultivated so far this year. It is the fifth team to win the Little Three title this season, joining the football, men’s basketball, men’s ice hockey, and women’s lacrosse teams. This is the most for the school since 1992-1993 and the second most ever, behind Wesleyan’s 1986-87 athletics, which won six titles. Saturday also marks the first time in the history of lacrosse at Wesleyan that both the men’s and women’s teams won the Little Three in the same season, after the women’s team took the title with a win over Williams on Saturday as well.

The team has five more games this season, with upcoming bouts against Trinity, No. 16 Bowdoin, Skidmore, No. 2 Tufts, and Conn College. 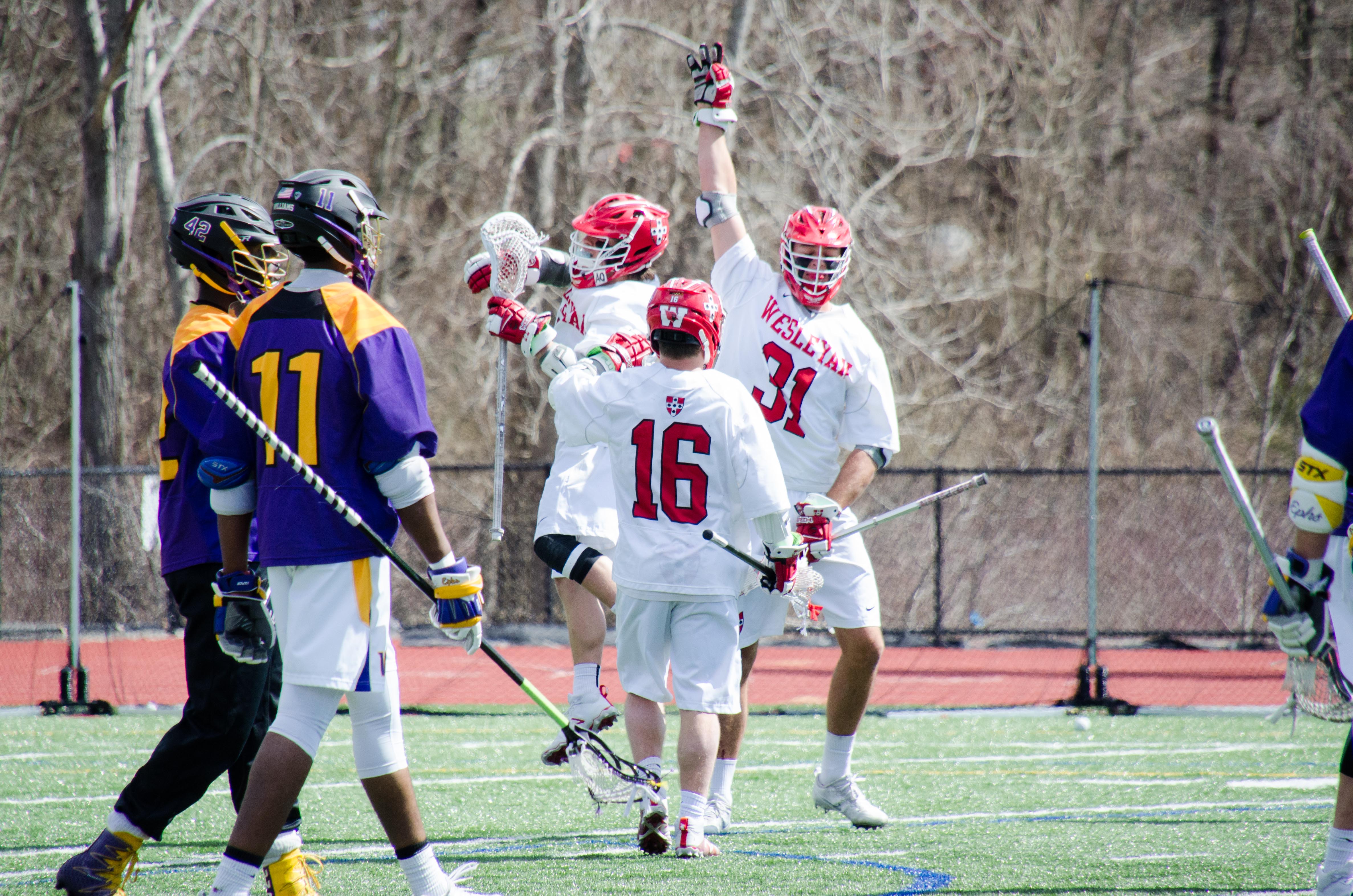