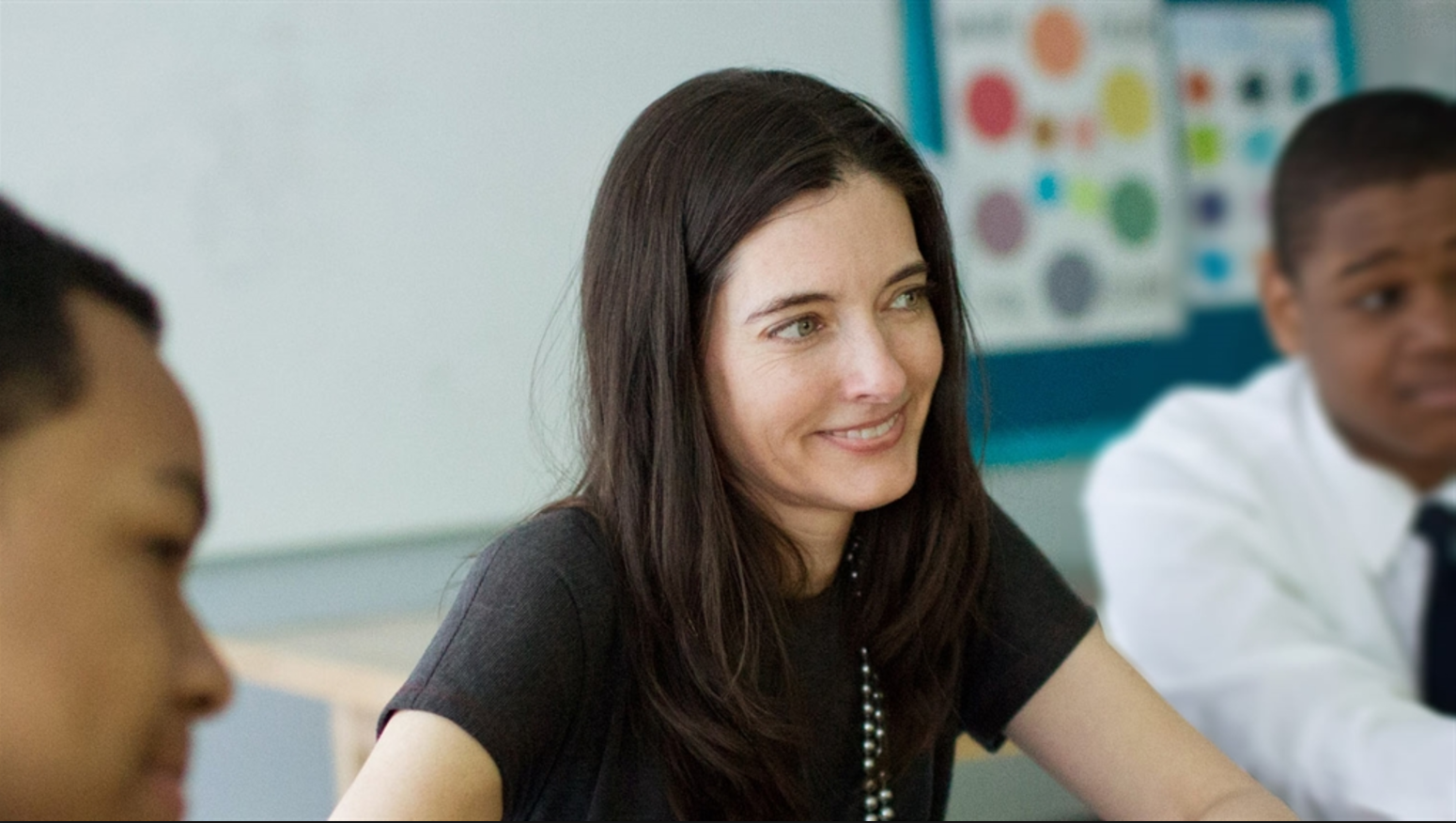 As one of the newest members of the Board of Trustees, Betsey Schmidt ’89 defies the stereotypes of the Ivory Tower. Working as the Chief Curriculum and Innovation Officer of Ascend Learning, she also has an extensive background in academia and freelance writing, all while finding time to continue playing ice hockey. Sitting down in Red & Black Café before a busy Trustees weekend, Schmidt was eager to talk about everything ranging from Betsy DeVos to helping Wesleyan students pursue fulfilling careers in education. Coincidentally, Middletown elementary school students were scurrying about the café to get snacks with their Wesleyan tutors, a volunteer job Schmidt once held during her days as a student.

Starting off with the hot topic of Secretary of Education DeVos, Schmidt explained how the public perception of charter schools—in some ways increasingly distorted by her appointment to the Trump Administration—differs from the work she does with Ascend Learning, a progressive, student-centered network of nine schools in some of the most educationally under-invested communities in the country.

“Much of the recent media coverage has amplified misconceptions about liberal education reform by conflating charter schools and voucher programs, and also by assuming, mistakenly, that all charter schools are unregulated,” Schmidt said. “Not true. It depends on the state. I haven’t read any good coverage about successful partnerships between charter schools and their authorizers in particular states. States that have successful charter schools and large numbers of children who qualify for free and reduced lunch—like Massachusetts and New York—have intense regulatory oversight, and these partnerships have created some excellent schools that my team visits routinely.”

When asked about the extent to which DeVos can be a risk to American education as a whole, Schmidt took a nuanced outlook amid widespread panic in the field.

“I can’t even begin to comment on DeVos’ lack of preparation for this role,” she said. “I’m speechless. But federal money is only about 10% of the total operating budget for public schools. I don’t think she can do any real damage. The backlash against progressive charters because of DeVos has taken a toll on Ascend staff morale and on our families. But our schools are in good shape. Our most recent renewal visit with our SUNY [State University of New York] authorizers went well and the school received a 5-year renewal—the longest we can get. The work itself is going well.”

Aside from Voucher programs, Schmidt also noted that her approach to charter schools is one that seeks to help all schools, rather than simply trying to out “compete” public schools in the way that those with a free market approach have tried to frame things.

“Our schools were designed in the early Obama and Duncan years and follow the Obama/Duncan model—that charter schools should be laboratories of innovation,” she said. “As such, we believe our schools serve the greater public education system. Charter innovation, if it’s good, should be shared widely, through formal partnerships, with district schools—and vice versa.” 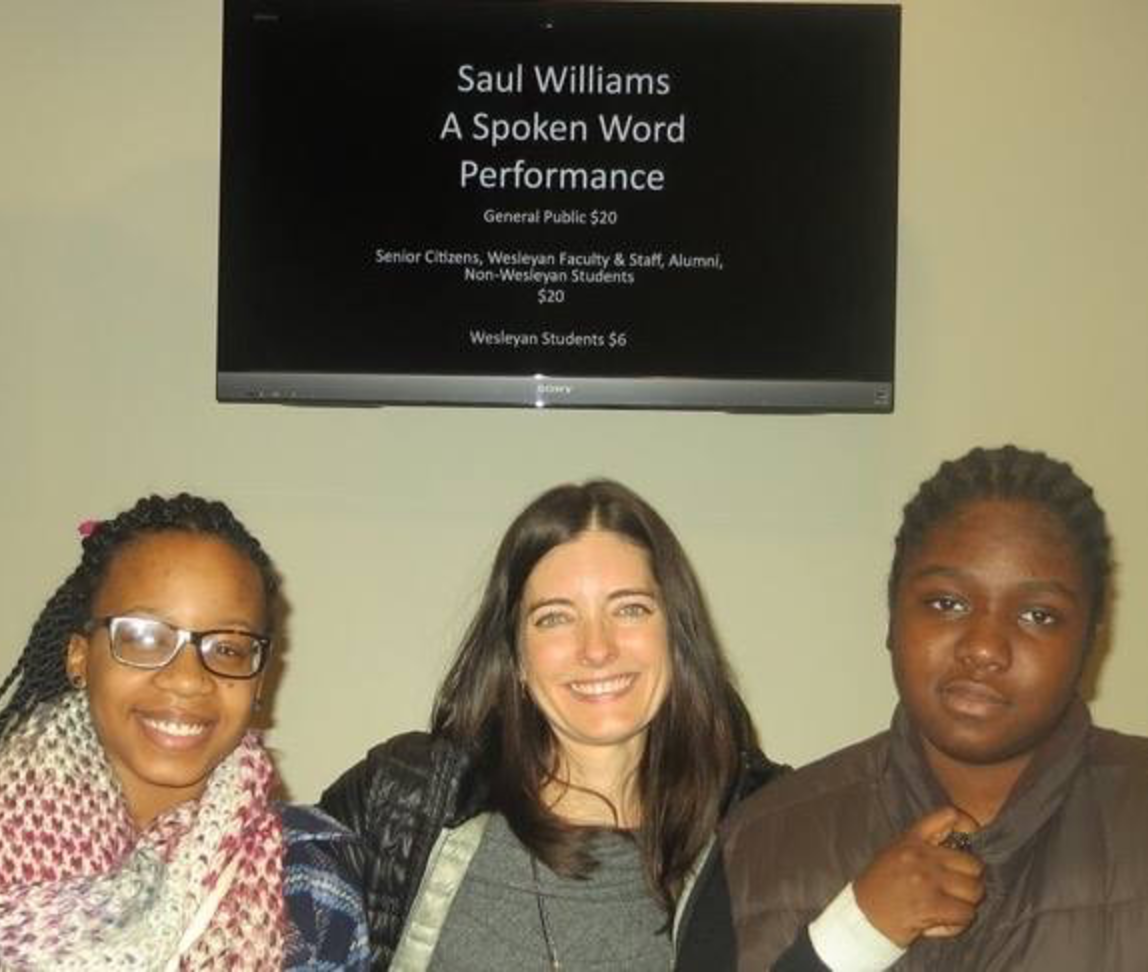 Before arriving at Ascend, Schmidt worked at The New Yorker while pursuing a career in academia at night school. There she found an invigorating community of intellectuals and writers similar to the one she enjoyed at the University, where she was a disciple of Professor Anne Greene as a writing tutor.

Aside from her literary pedigree and management skills, Schmidt also has grit and toughness on the ice as a hockey player, going from playing with the boys growing up all the way to Wesleyan’s inaugural women’s team. Between her busy schedule, she still manages to play on Monday nights in Prospect Park’s rink.

Before Schmidt left to interview a student looking to work as a fellow with Ascend this summer, the conversation turned to the broader implications of education, charter schools, and beyond, with the advent of big data and what some scholars, such as Wesleyan Professor of French and Medieval Studies Jeff Rider, call the “numeralisation” of life. Schmidt argued that beyond producing cut and dry “results” for her schools, there’s a deeper social mission to the work she does.

“It’s the Robin Hood thing,” she said. “We look at the biggest public schools and the most elite private schools, and we want to see what the biggest thing is, and over the summer we try to roll it out and train our leaders and teachers on it for the next year. It’s great to have college interns helping us with this summer work. When we have Wesleyan students or students from Yale or Harvard, we want to see what they’re working on because the students they’re teaching may be at a school like Wesleyan two years from now, and we want them to feel intellectually prepared.”

With so many immeasurable factors facing her students, Schmidt takes an all-hands-on-deck approach to sorting through data, developmental psychology, and the humanities to find what works best for each student and, ultimately, what works best for the future of the country.

“Every element of our curriculum is designed to foster student agency and increase student voice—while also providing students with a rich, joyous mix of great content from many cultures,” she said, smiling. “Our teachers are my heroes.”

This article has been corrected to indicate that Schmidt wrote her PhD dissertation on Emily Dickinson, not Elizabeth Bishop, whom she wrote her senior honors thesis on while at Wesleyan.