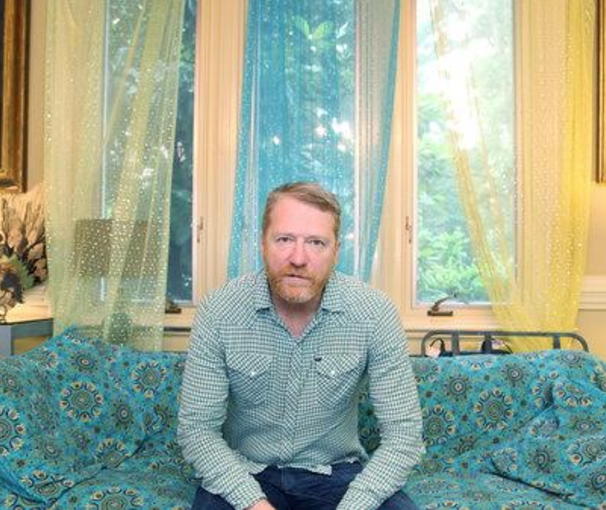 Over the course of his life, David Lowery founded the band ensemble Camper Van Beethoven, advocated for artists’ rights, and wrote (and continues to write) about the impact of technology on the music industry. On Feb. 20, he spoke at the University’s Monday Night Lecture Series. His lecture, entitled “Artist Levellers and Digital Diggers,” addressed the ins and outs of intellectual property, through the lenses of the music industry and the British Civil War.

Director of the Center for the Humanities Ethan Kleinberg opened the lecture by welcoming the audience back to the new series for the spring semester. The theme of the Monday lectures, “Intellectual Property/Intellectual Piracy,” addresses questions of privacy, property, and piracy rights in the modern technological and capitalistic landscape.

“At what point did [artistic creations] move from being communal, shared cultural artifacts, to being things that we ascribe to individuals, or businesses?” Kleinberg asked, highlighting one of the questions the lecture series seeks to answer.

After a general opener for the upcoming series, Kleinberg introduced Lowery to the audience.

“We get to welcome back to Wesleyan, David Lowery,” Kleinberg said.

“After a thirty-year absence,” added Lowery, to a collective chuckle from the audience.

Lowery took the podium and preceded his lecture by discussing his personal and professional background. He told the audience that he graduated from the University of California Santa Cruz (UCSC) with a degree in mathematics, something he later used to get a job in the then up-and-coming territory of Silicon Valley. While at UCSC, Lowery founded the band Camper Van Beethoven, which he considered an antidote to the hipster musical sentimentality that pervaded the era. One of the band’s iconic album covers demonstrated this mentality, in which the members stood around a slightly out-of-frame pickup truck, breaking all album cover rules.

“What we’re doing in this photo is actually really interesting,” Lowery said. “You could not be a hit and have [a photo like] this photo of your band, but in using this photo, [people] were like ‘Look these guys are nuts! What are they doing? They’re hippies, they’re playing ska music and psychedelic music, they played a Pink Floyd song, then they played punk rock, and Dead Kennedys, and we don’t understand any of this.’”

The framework around which Lowery both named and delivered his talk is derived from the names of different factions from the English Civil War, which occurred between 1642 and 1651.

“The Levellers and the Diggers were two factions who were sort of on the same side in the English Civil War: They were both pro more-or-less universal suffrage,” he said.“They were both on the side of good.”

The fundamental difference between the two, however, is that the Levellers believed in holding private property, while Diggers believed in shared, common property. According to Lowery, the dichotomy serves as a metaphor for intellectual property. Do we alone own rights to our ideas and art, or is everything we put out into the world in the realm of collective?

Lowery himself, while not offering a cohesive answer to the question, spent much of his lecture delving into the ethics and dynamics of digital and intellectual property. He did this by discussing the music industry—an industry he knows well—but also through logically covering the different aspects of the data landscape. Lowery explained that his time in the world of Silicon Valley and his experience in the music industry put him in a good position to write about intellectual property.

“So, when I became a critic of the digital treatment of intellectual property, I was well-placed to start these arguments,” he said.

Before delving into the subject at hand, Lowery offered the room a statement that would frame his talk.

“Your data is so pervasive and easy to get,” Lowery said.

With that, he described to the audience his driving question, which simply asks whether or not we actually have intellectual property.

“I think the first place to look is: Do we own our private data?” Lowery said.

Lowery proceeded to bring in sources that touch upon the issue, mentioning the notable article “Where Does Facebook Stop and NSA Begin?” This is a piece he feels describes privacy not as a metaphysical condition, but something we possess.

“There seems to be a notion, maybe self-evident, maybe not, that we do own something,” he said. We do own this, it is ours.” he said.

Adding to this, Lowery brought up the British musician Kate Nash, who is known internationally for her song “Foundations.” Nash accused Snapchat of using the backbeat for “Foundations” in a filter without paying her, nor telling her they were going to use it. Nash lashed out against Snapchat by recording a video of herself using the filter.

“Hi Snapchat, it’s Kate Nash! I can barely hear myself over my own song,” she addresses to the camera. “But where’s my paycheck?

“It’s a big company, and they’re only using a little snippet of her song, but if you know her stuff, it’s a really defining piece of music by her,” Lowery said. “I assume she owns the composition—it’s a very personal song—and the record label probably owns the music. There’s the composition and the recording, and they’re two separate copyrights. The record label may or may not have licensed the music, but you also have to give commission to the author.”

“Now, you’re getting into moral rights,” Lowery said. “I think the debate of whether there’s intellectual property or not, or something that is like property, I think we all sort of have a sense, or we have a consensus, that there is something that’s abstract, that’s intellectual that we own.”

Henrik Palmer ’20 attended the talk, and though he felt he left with more questions than answers, he noted that the event sparked his interest in the topic.

“I just thought the whole idea of intellectual property, especially with the lens of the internet and all sorts of digital platforms, was really interesting in how to give some sort of award to the artists,” said Palmer. “Especially [because] I grew up illegally downloading music off the internet.”

Lowery returned to a discussion of music in the Q&A session when Palmer asked him about the direction artists can take in terms of maintaining the rights to their music; he referenced the media-sharing landscape that’s making it more and more difficult for artists to make the money they deserve.

“There really were independent distributors, independently-owned record shops,” he said. “This was a system that was completely separate to the major labels.  I don’t think that it’s the artists’ fault, but this just illustrated what I’m talking about, which is that we created these plutocratic platforms and there’s really no way to put your albums out there…your music’s either has to come out of the largest record company in the world, the second largest company in the world, or a company that wants to be a very large company. It’s not the same environment that there was years ago.”