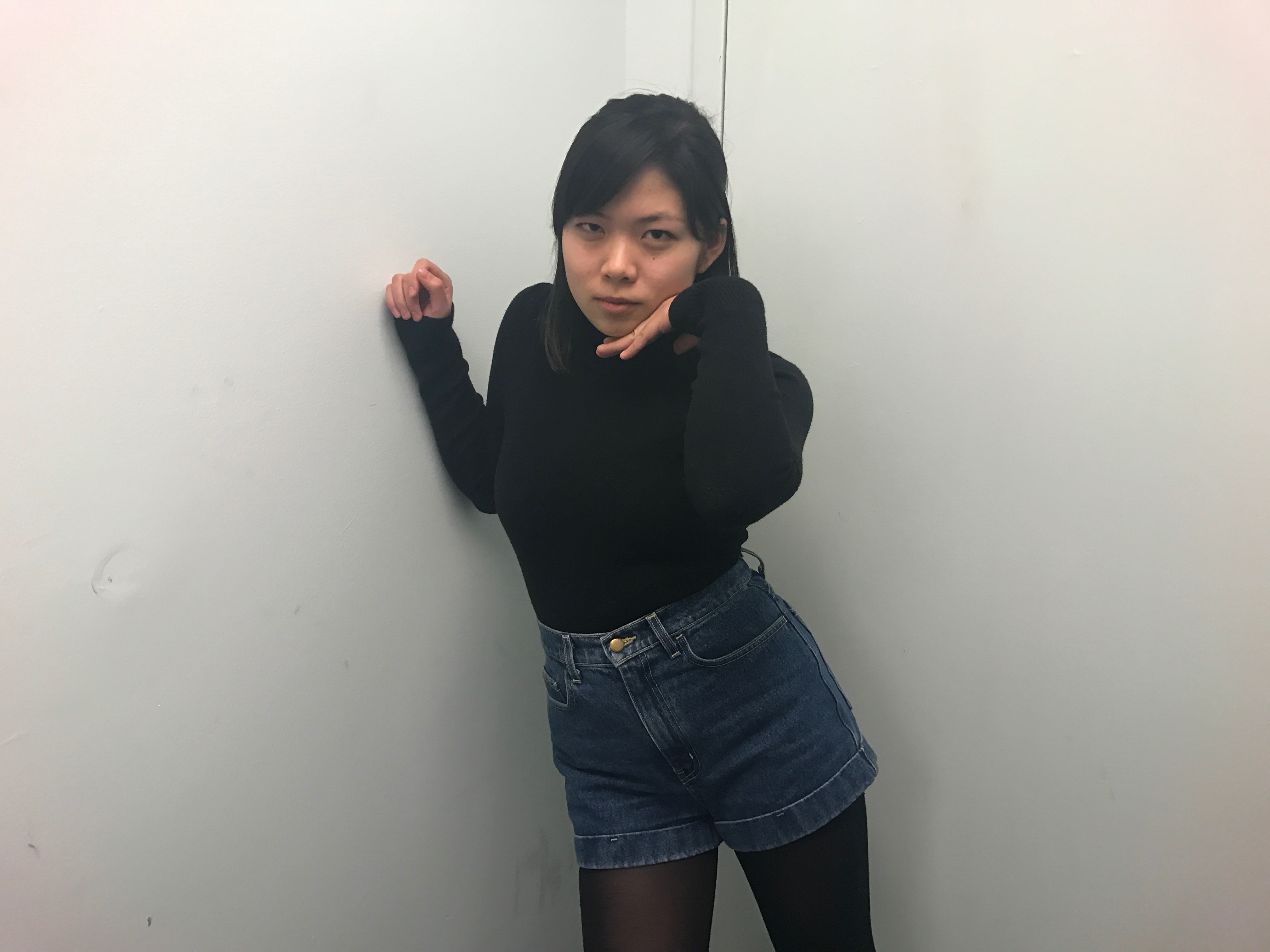 Allison Hsu ’20: I don’t really flirt, I never learned how, because in high school I dated the same person for like five years. So I never really had the opportunity to learn how to flirt, because I was never in situations where I had to. I just never learned.

A: What’s worked at Wesleyan?

AH: Usually I’m really drunk, and then people come up to me and say, ‘Hey, you’re really cute.’ And then yeah, it goes from there.

A: Do you have a specific type?

AH: I don’t search for a specific type, but I’ve realized that it’s kind of a trend that all the guys I hook up with are musicians. Like I don’t even look for it, I’ll hook up with them and end up realizing. They’ll be telling me that, and then it’s like oh great, again. 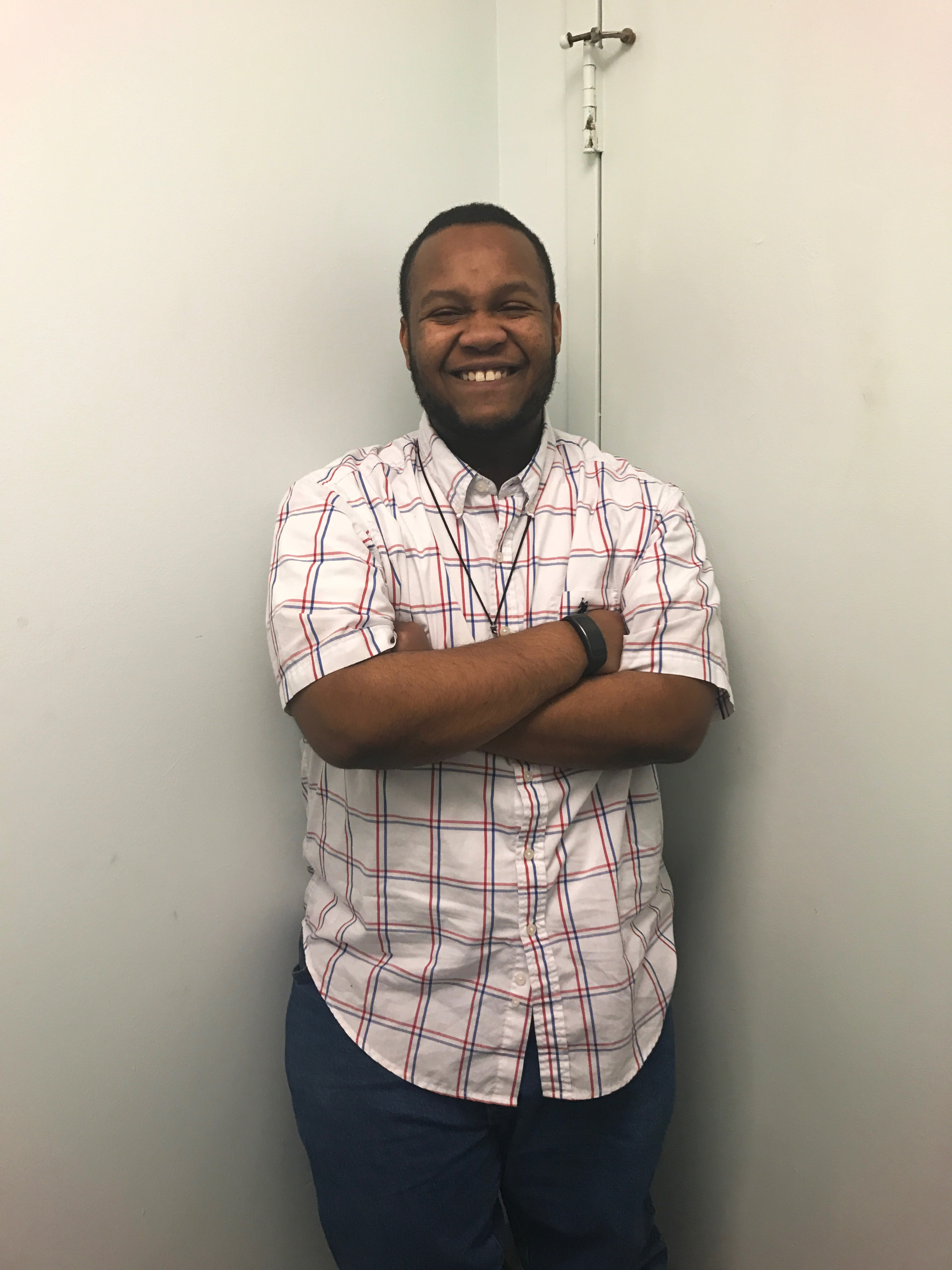 Chris Jackson ’20: That’s a hard one. My go-to is, you have to be in the same room as someone, and you just kind of like listen to what they’re talking about, and I’m like, ‘Ah, you’re talking about something that I know about, let me try to latch on to that one little thing and see where I can go with it.’ Mutual interests, that’s how I do it.

A: What’s worked at Wesleyan in the past?

CJ: You just gotta be yourself. You gotta not try to be someone you’re not to other people. It’s like, ‘I am here, I am just gonna lay myself bare in front of you.’ Though not naked bare, because meeting someone for the first time that would be really fucking weird if I did that. Like I’m gonna be honest with you, this is who I am.

A: Do you have a certain type?

CJ: Jokingly, I would like to quote the song, “My Type” by Saint Motel, which is, ‘Anyone with a pulse, who is breathing.’ But realistically, I just want someone I can mesh well with. I’m a very low-maintenance guy, I like hanging out, watching movies, listening to music. I’m a simple man, I enjoy simple things. 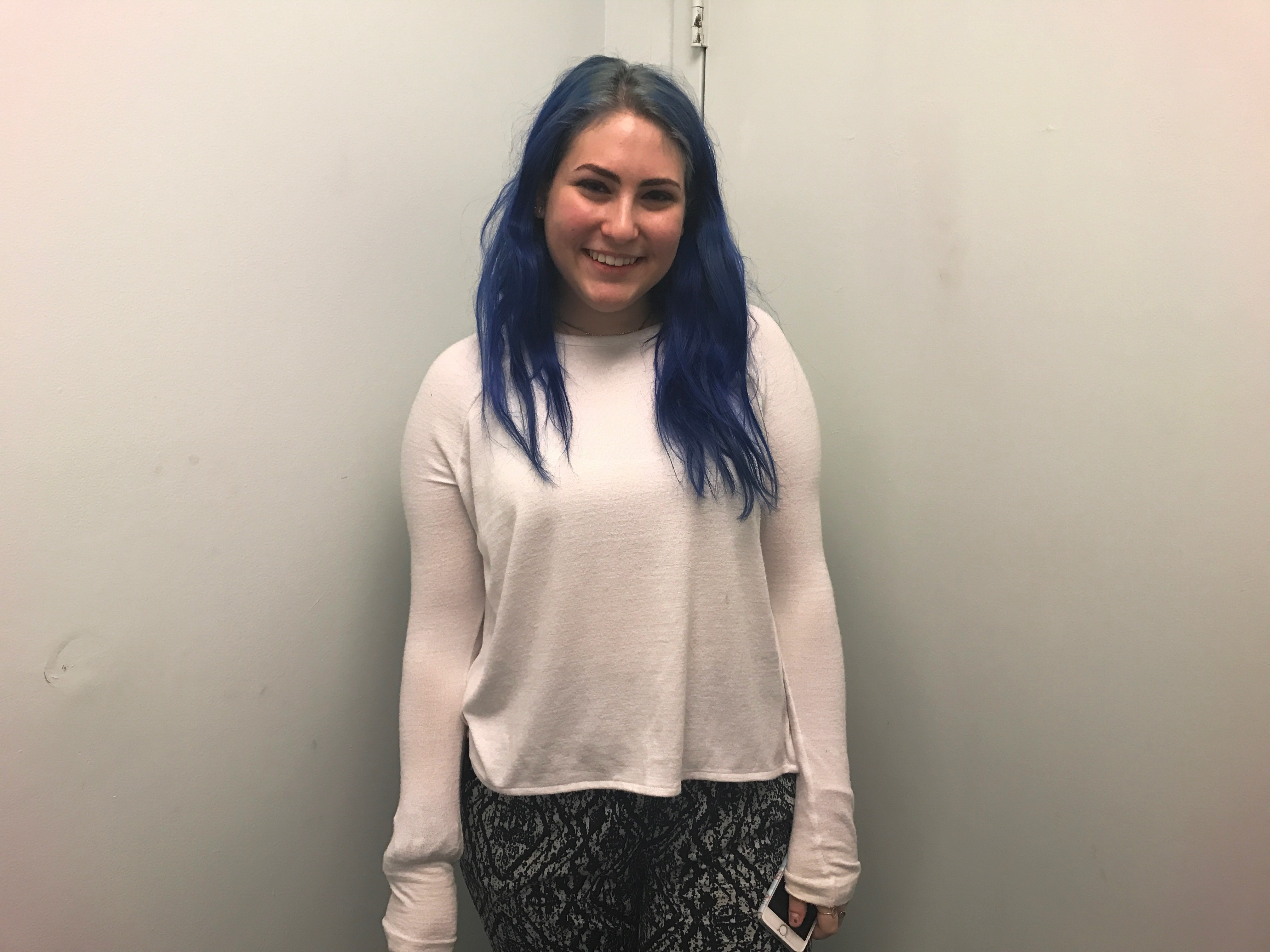 The Argus: What are you involved in on campus?

Ginger Hollander ’20: I take pictures for The Argus, I’m in Terp, and I’m in Mamma Mia’s Pizzeria this semester, and I auditioned for Burlesque so hopefully I’m in that.

A: What’s your go-to flirtation technique?

GH: I’m very very straightforward, so if I want to make out with someone, I’ll be like, “Hey, I wanna make out with you.” It has been [successful]. I’m also very touchy, so if they’re comfortable with that.

A: What’s the sexiest thing that’s ever happened to you?

GH: When I was hooking up with someone, he unbuttoned my jeans with his mouth. That was fucking wild. And then, I was like, “Wow, that was so impressive,” and he was like, “I could’ve pulled them down too, like I could’ve unzipped them too.” So that was really ridiculous.

A: What are you doing for Valentine’s Day?

GH: I don’t have any plans, though I think my mom sent me cookies, so there’s that. And I’m very active on Tinder, so we’ll see.

A: What’s the worst line that’s been used on you?

GH: Well, my name’s Ginger, so with that, comes a lot of stupid puns that people think are creative…. [On Tinder] he said, on a scale of 1 to 10 how are your nudes, and then I was like, I’m so glad you asked, 11. He said, Oh let me see, and I said, you gotta earn it. And then, I guess that was it…. It kinda worked, he didn’t get nudes, but I still talked to him a little bit. So I guess that wasn’t that unsuccessful. I do get a lot of like, why’s your hair not red, let’s fuck lol. 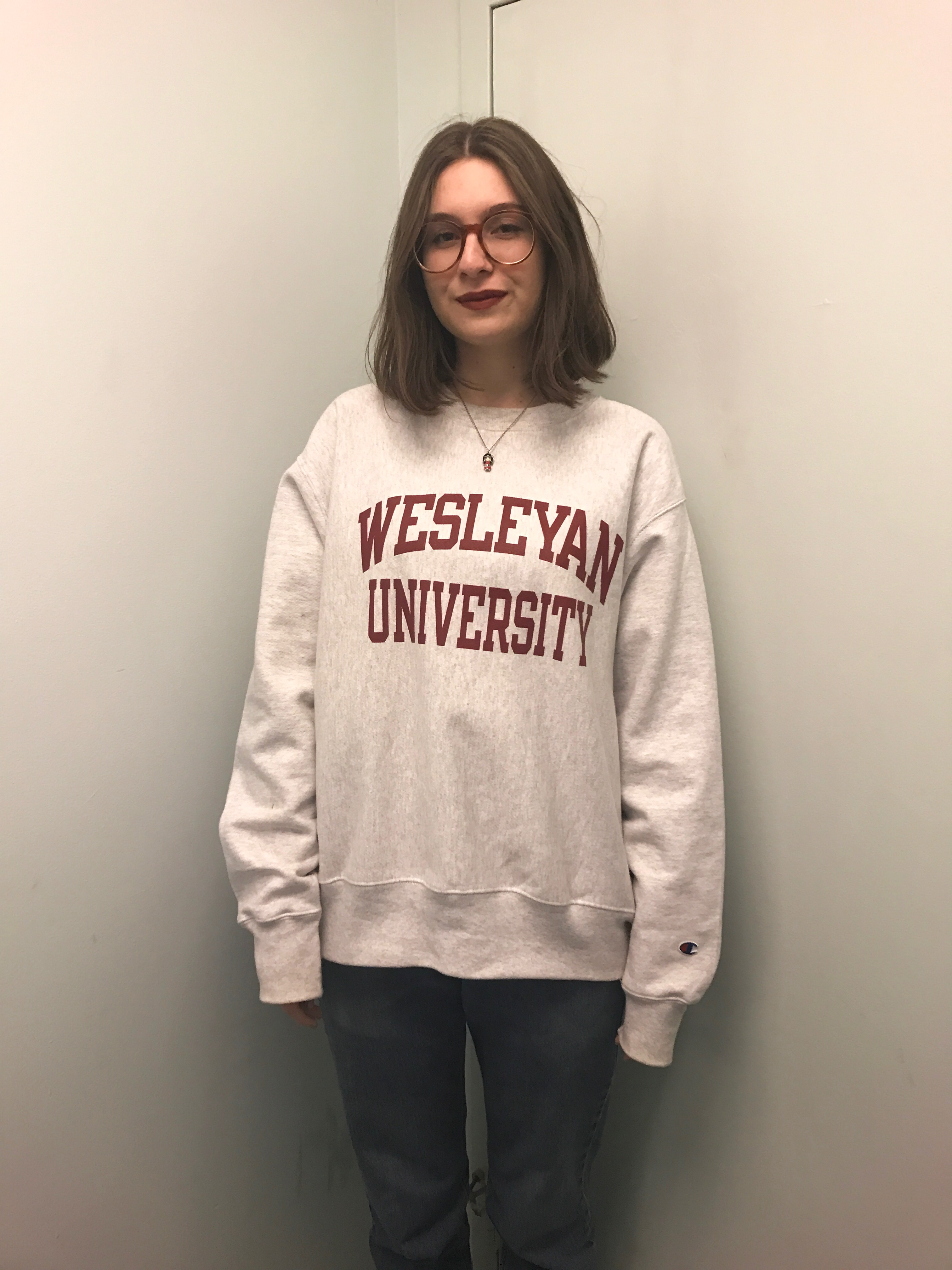 The Argus: Why do you think you’re a sexy single?

A: What’s your go-to pick up line?

LKP: I usually go to someone and compliment something they’re wearing. And then ask their name. You don’t want to start with the name. For people approaching me, I don’t like the cheesy shit. Just something chill. I don’t have a go-to line I prefer. An original line that catches my attention but isn’t over the top.

A: What’s your dream date?

LKP: I’m going to base this off the movie Sunrise. I think an awesome first date would just be a night long discussion with someone just walking around the city at night time. Just going on a little nighttime adventure. The night is the time when everyone kind of goes into deep meaningful stuff.

A: What are you doing this Valentine’s Day?

LKP: I’m actually going out to dinner with a female friend of mine because we decided that since Valentine’s Day is a day of love we should go celebrate ourselves.

A: To treat yo self? 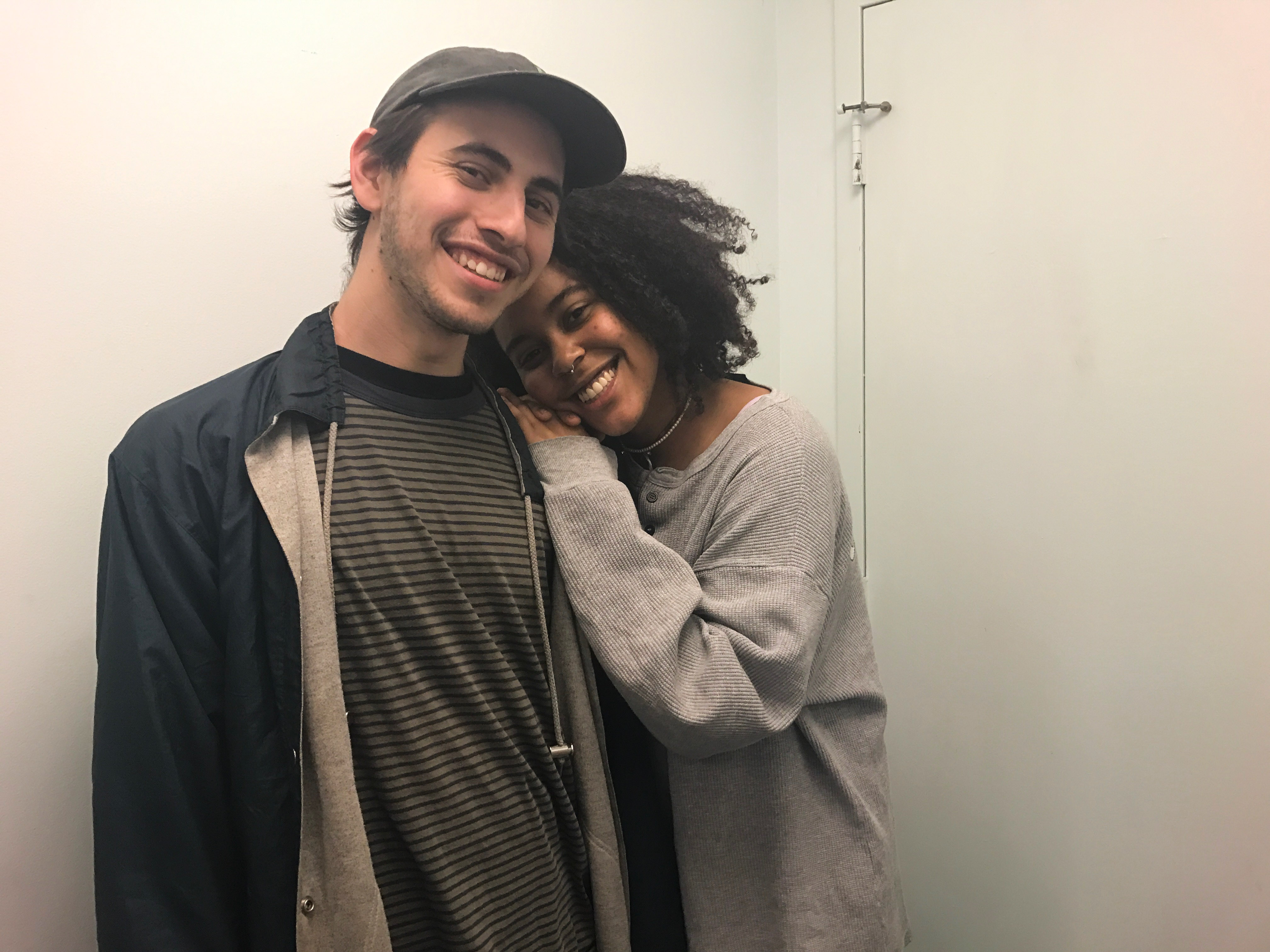 The Argus: How did you two meet?

Jordan White ’19: [My freshman year roommate and I] were buying a fridge from [Sam Friedman ’18 and his roommate]. Sam and [my roommate] started having sex and I would listen and then we fell in love.

A: What do you two like to do together?

JW: This makes it sound boring. We love to go to Moonlight. We love Moonlight.

SF: I love Jordan’s sense of humor and the way that she cares about other people and treats other people. She always wants to make people happy and is really good at doing that.

JW: What I love about Sam is that he is probably the most understanding, open-minded, and sweet person that I’ve ever met. Let the record show we’re in an open relationship.

JW: I didn’t want a boyfriend my first year at all because I just started having sex. I wanted to have a crazy freshman year. But then I conveniently started loving Sam and he was just always down to let me figure out how I wanted to have this relationship. It’s a weird thing to let me explore sex outside of him. But he’s really nice about it. To be in a successful interracial relationship requires like a lot of patience and open-mindedness and understanding on his part, as well as [a] willingness to acknowledge privilege and mistakes that he’s made. He deals with me constantly saying that all white men are satanic. And I love that! 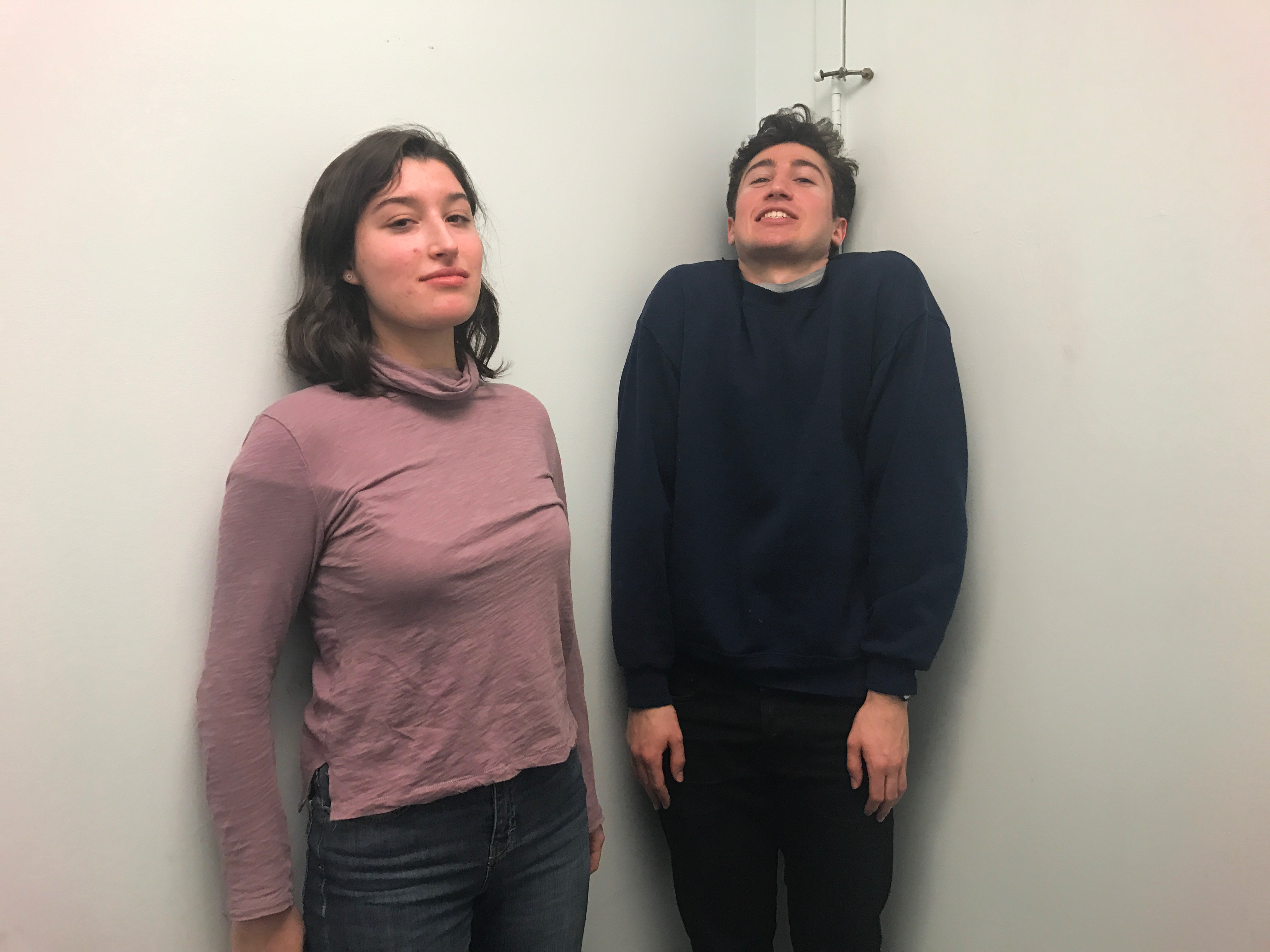 The Argus: What do you do together?

Carina Rosenbach ’20: This was when we were friends too, but I’d go to his room and he’d make us tea and we’d have tea and fruit and cheese and play board games. I mean, we still do that now, but other elements are added. We watch TV a lot. “Louie.” “Family Guy.”

Willis Weinstein ’20: “Family Guy” and cheese I think were two huge commonalities that got us talking. I watched a lot of early Family Guy when I was middle school. It was formative to my humor.

WW: I really appreciate [her] sense of humor, it’s one of my favorite qualities about [her]. I think that was a big clicking point. And I fucking love cheese.

A: What are your favorite things about each other?

WW: Carina is really funny. She’s [an] incredibly thoughtful and considerate person. That’s just a good quality about a person, that she genuinely cares about the people she’s with. But if I’m having a hard day, lord knows the beginning of college was a succession of really hard days…I think [she’s] a really good person to talk to about that…. [She’s] a nice person.

CR: We’re dating, but we’re also best friends and that’s stayed at the core of our relationship.

A: What kind of pie would you both be?

WW: She’d be pecan because she’s sweet and nutty. 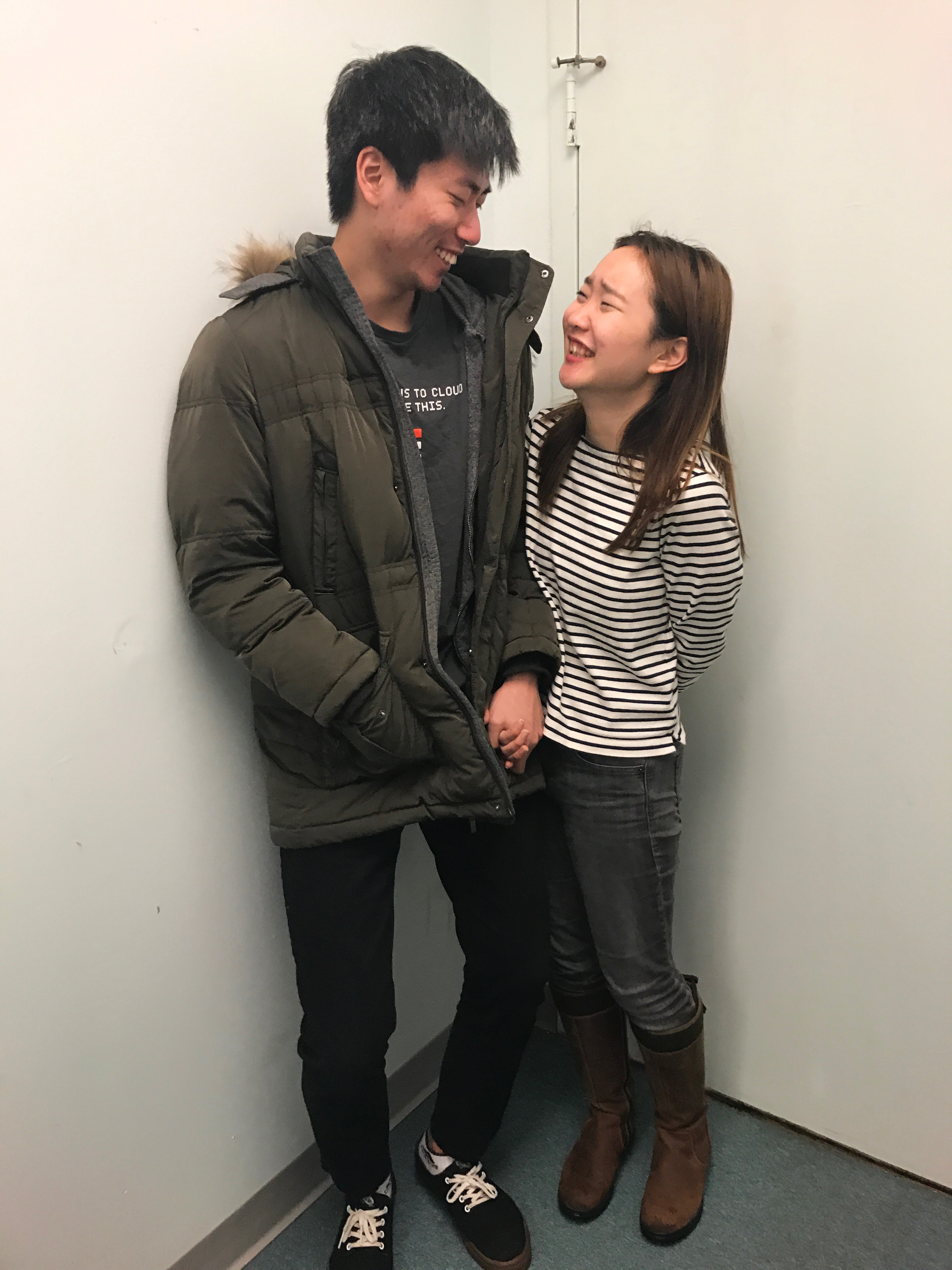 The Argus: How did you meet?

Tim Kim ’18: I think we met on the street freshman year.

Sarah Kang ’18: For some reason we exchanged numbers.

SK: Neither of us really remembers.

SK: We watch “How to Get Away with Murder” a lot.

TK: We watch a lot of TV shows.

SK: We go to museums and aquariums.

TK: Just a lot of stuff around Connecticut.

A: What is your partner’s ideal day?

SK: He would play [League of Legends] all day.

TK: She would go shopping and then see a sea otter somewhere.

SK: We were late because he was playing [League of Legends].