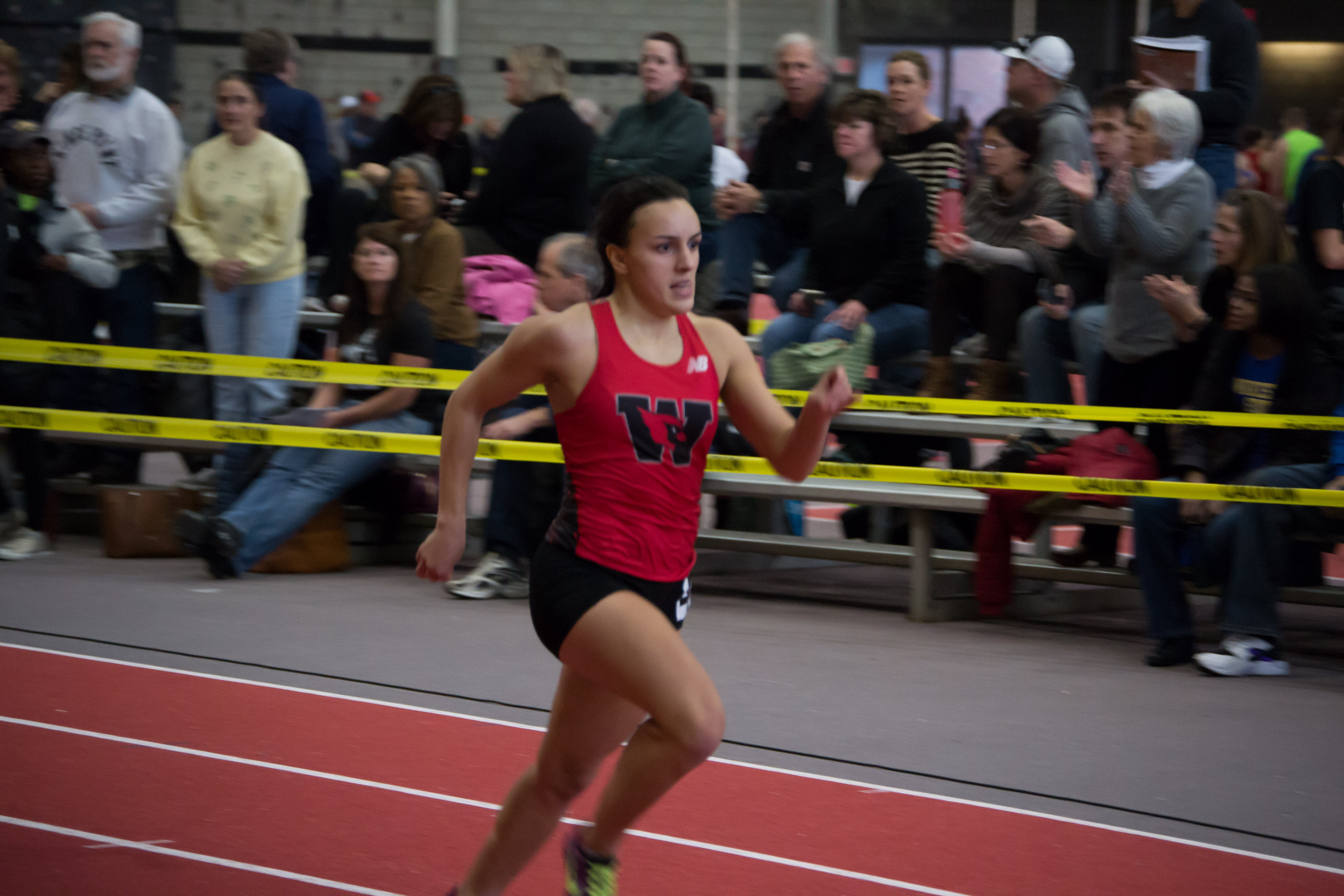 Track and field competed in its last home meet of the season on Saturday, Feb. 4 at the Wesleyan Invite. Athletes from 15 colleges, including NESCAC rivals Trinity and Amherst, came to compete at the Bacon Field House. The teams took every available spot outside or inside the track, and space was tight, but this didn’t prevent the athletes from notching many impressive performances.

The highlight of the meet came about halfway through in the pole vault, when Andrew McCracken ’19 set the school record for the event by vaulting a height of 14’ 9”, winning the contest.

McCracken himself was calm and unfazed.

“It was as much a surprise for me as for everyone watching,” said McCracken. “I’d love to go higher next week. Now I’m just really hungry.”

In addition to speaking on his own performance, McCracken had as much to say on the meet from a team perspective.

“The meet’s good,” McCracken said. “There’s lots of energy and a good atmosphere. It really gives us a chance to show who we are as a team. Obviously, it’s a bit cramped.”

He also jokingly commented on the physical effects of falling to the ground from nearly 15 feet.

“It’s a very cushy mat, but it does hurt if you land on the bar,” McCracken said.

“It was a close race,” said Aguiar. “I was ranked third going in. I thought I’d settle for third, and come in third, but in the back stretch I realized I was closer than I thought, so I just leaned into it as much as I could, gave it my all.” 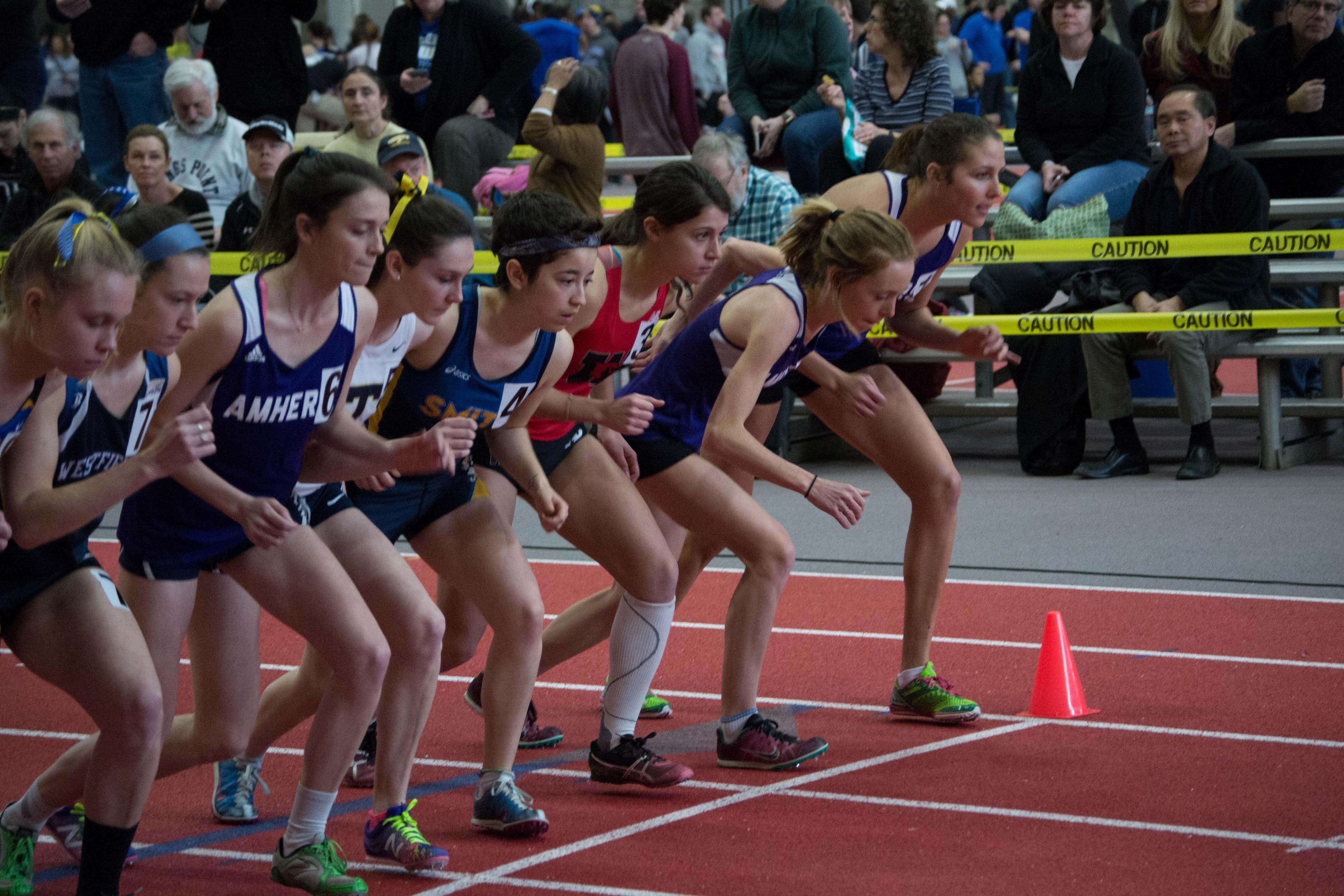 “I think it went well,” said Diemer. “It’s always nice to be home.”

On the men’s team, Colin Mahoney ’18 finished sixth in the 800m run with a time 2:06.29. Mahoney looked positively on the future of the team.

“This was a real constructing season,” said Mahoney. “We lost a lot of seniors but we got a lot of great freshmen this year.”

“It was a really exciting meet and people did well all around” said Carrasco-Gonzalez. “Jenny [Aguiar] killed it, as always.” 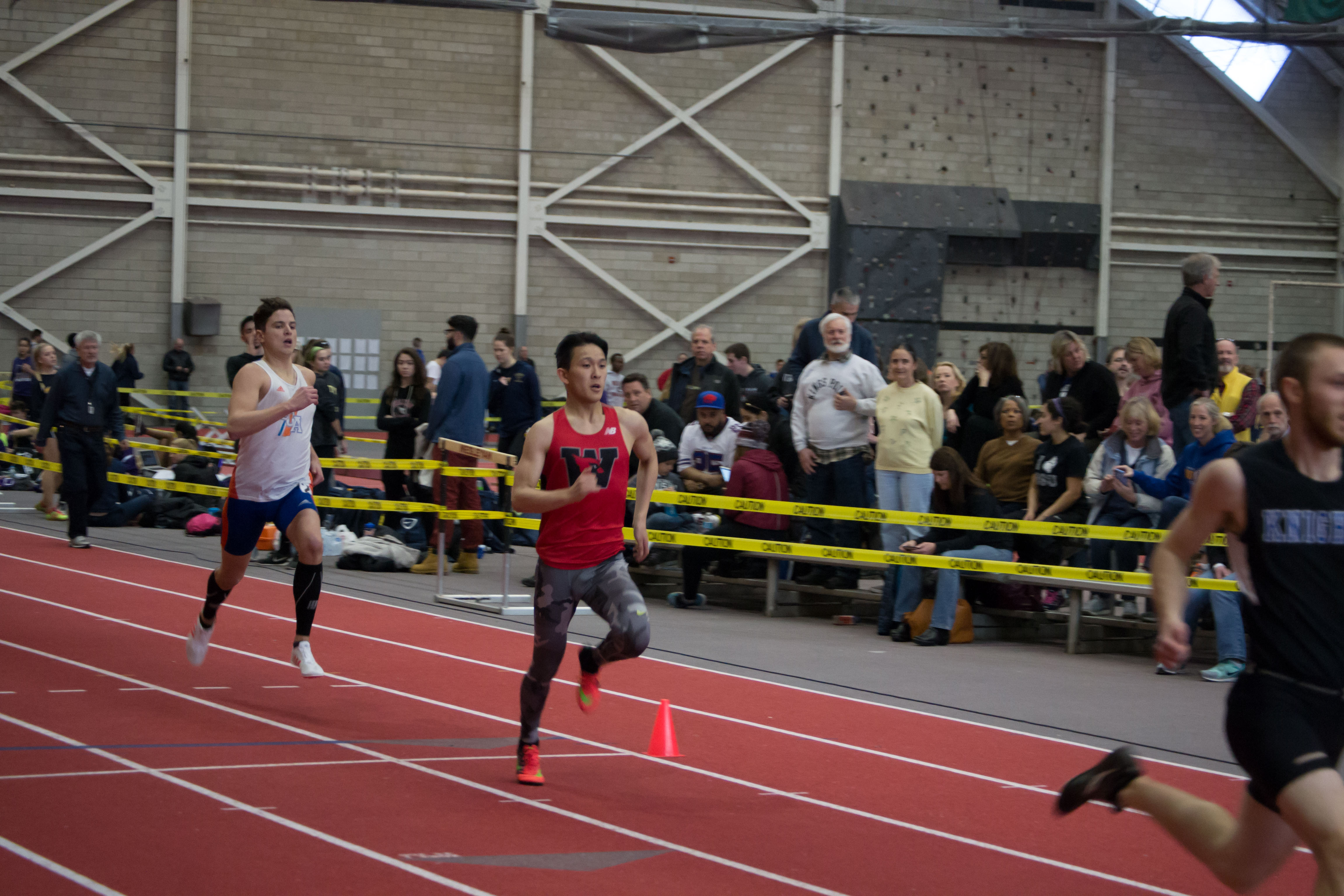 Also on the field, Jack Northrop ’20 took seventh in the long jump with an elevation of 5.93m.

“People usually do better in outdoor than indoor,” said Adebayo.

The many successes of the meet came despite some mild controversy. Some Cardinals were slightly bothered that the email the University circulates to all students for the week’s events did not include the track meet even though it did include the women’s ice hockey game against Middlebury the same day, and almost invariably includes all home games. The lack of inclusion on the email may have lowered turnout, which is particularly significant since track and field, with its many invitationals, has few home games. In the case of this year’s indoor season, there were only two: Saturday’s meet and the Little Three Championship.

“It’s nice when people acknowledge that you exist,” said Northrop.

Most likely the omission was simply a mistake. The positive experience of the meet prepares the Cards to drive to Cambridge, Mass. to compete in the MIT Invitational on Saturday, Feb. 11, the last meet before DIII New England Championships.